I have had a few people asking me how Bob is doing, how is education is going, and how he personally is developing with it, so as my daughter is the expert she kindly wrote me a post.


It’s been 8 months since Bob left school to enter the world of home-education, and is apparently time for an update.

Bob is slowly turning back into the bubbly, cheeky, funny little boy that he always was, his confidence is building, and the stress levels in the house are a lot lower than they were!  Daily, I can see my little boy reappearing, which just confirms that the right decision was made.

A lot of people ask me what we do every day, especially if they come round and see him playing with his Playmobil, or on the CBeebies website, or something else that is not considered to be educational.  Most people seem to think that we have to do “ school work” every day from 9-3, with a break for lunch, but we have developed our own system.  Don’t get me wrong, there is traditional school work  but we do lots of other things too. 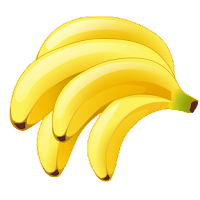 We sit down and do “work” – maths, comprehension, reading, writing, etc, a few times a week, but we incorporate learning into every day activities much more.  If you’d visited our local Asda last week, you may well have seen a little boy with an inflatable globe, examining various fruits and vegetables.  He was looking for labels telling him the country of origin, and finding them on his globe.  We had various discussions, and Bob can now tell you why bananas tend to come from the Dominican Republic (it’s near the equator, so is nice and hot for them to grow), and how they get to our fruit bowl from there.  The inflatable globe has been used for lots of things, from catching games (catch the globe and name a country beginning with A, then pass it on), to general discussion – we found Madagascar one day, so tracked the animals journey from New York to see how far they’d gone. 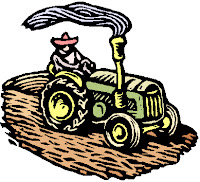 We’ve taken trips to the tractor shop at the other end of the village, where we look at the tractors, and discuss what each attachment would be used for, which tractor is best for each job, the different makes and models of tractors, and even some maths – we can see 6 tractors, and they each have 4 wheels, so that’s 24 wheels altogether, half are big and half are small, so there’s 12 of each, etc.
Lego is wonderful, and we use it for lots of things.  Maths – each brick has a set amount of ‘dots’, which can be added, multiplied, used in fractions (the easiest way to teach fractions is using lego, we’ve discovered), subtracted, divided, sorted, compared, weighed, balanced, and much more.  Building lego teaches us planning, decision making, how to follow instructions, patience, and is great for hand-eye co-ordination.  You can make some amazing stop-motion animation films with lego as well. 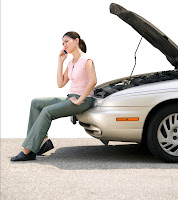 Learning can be incorporated into almost everything, from shopping to gardening, and washing the car to baking.  Most of the time, it’s fun, and he doesn’t even realise that he’s learning (and sometimes, even I don’t notice!).  The 45 minute trip to the local garage last week started as a trip to get the tyres inflated, and ended up with Bob learning about the rolling road, and watching a brake test, and part of an MOT, with the mechanics explaining what they were doing and why.  He’s now desperate for the car to breakdown so he can watch it being fixed!

Bob’s reading has come on in leaps and bounds, mainly as he wants to be able to read instructions for his games etc.  He’s now reading chapter books, and Santa very kindly brought him a Kindle for Christmas, which has been a permanent attachment to his right hand since.  He’s started to read Harry Potter, and Fifi is now officially fed up with Bob raiding her bookcase for more books – he’s a voracious reader, and will read anything and everything, from cereal boxes, to text messages over my shoulder, and has taken over from Fifis job of reading the highway code in the car, and telling me what I’m doing wrong when I’m driving. 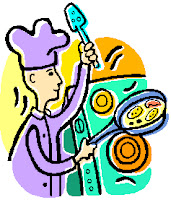 Bob has also learnt to socialise with a vast array of people over the last few months.  He attends various clubs and groups, with age ranges from newborn up to teenagers, and will happily play with anyone, at any age, and is capable of holding his own in a conversation with anyone.  He is capable of walking into a cafe and asking for a table, explaining his dietary requirements, and ordering his food (unfortunately, Mummy still has to pay).

So far, home-education has been much easier than I ever expected, and we are both having lots of fun on our journey.    So much so, that I can’t see an end at the moment, as we will be carrying on for the foreseeable future.