We found the park #blogboost day 3

Last week when I had the children we went for a wander down the woods, and Fifi and her friend wanted to  try and find a play park that they had walked to with the school. Sadly one muddy path looks the same as any other when the undergrowth grows over and you have no idea where you are actually going.

The playpark belongs to a local caravan park, Middlemuir Heights Lodge and caravan Park, and I had e-mailed and asked if it was ok to go up as not all parks allow non residents to use their facilities. I had planned on walking out with the children, its only a mile, but it was looking like it may rain so we went in the car instead.

Middlemuir Heights is a picturesque lodge and caravan park situated within the historic walled gardens of the former "Castle of Montgomerie" in Tarbolton.  The gardens provide a sheltered but sunny aspect, commanding views across the pastures, woods and footpaths which Scotland's most famous son, the revered poet and writer, Robert Burns, wrote about generations ago.

The area also lays claim to Old King Coal, or Coel as he originally known and was was suppose to have died nearby.


The Picts and Scots fled to the hills ahead of Coel's army, who eventually set up camp at what became Coylton alongside the Water of Coyle (Ayrshire). For a long time, the British were triumphant, while the Scots and Picts starved. Desperate for some relief, however, the enemy advanced an all-or-nothing attack on Coel's stronghold. Coel and his men were taken by surprise, overrun and scattered to the winds. It is said that Coel wandered the unknown countryside until he eventually got caught in a bog at Coilsfield (in Tarbolton, Ayrshire) and drowned. Coel was first buried in a mound there before being removed to the church at Coylton. The year was about AD 420. After his death, Coel's Northern Kingdom was divided between two of his sons, Ceneu and Gorbanian. taken from here


Anyway we drove up there and we found the park this time. There were quite a few pieces of equipment to play on and it kept the kids amused for more than an hour. Have to say Bob's imagination is brilliant, and we all had to get aboard before the sharks caught us in the water.

I was the baddy, Cat Grandma, and had to help them as well.

The children thoroughly enjoyed being here. There is a graveyard near it and I may just go and explore it with OH one day soon. 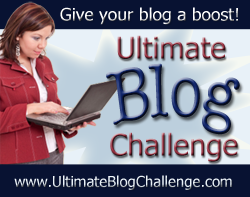