Well folks, I have done it, shared my life in 365 pictures with you for the second year running. The ups and downs, the laughs and the tears, the fun and the grandchildren. They had doubled in number this year with the twins coming along six weeks ago. I have done an update on them that you can see here, just some cute pictures.

So here we have the final ten pictures.

I had "borrowed" the babies one at a time the other week when they were over and smuggled them up the stairs. I stripped them off and put green paint on their feet and made footprints of each of them. I colour copied the foot prints so that we had enough for everybody. I printed a holly pattern as a border round the paper and then added the twins names. I wrote Mistletoes on it and the date under that. I then lightly stuck down the feet and laminated the sheet to preserve them forever. I then made this into part of everybody's Christmas. I did manage to somehow get green paint on Xanders face so daughter knew I was up to something, but the older two were sworn to secrecy, and surprisingly enough they managed to keep the secret. 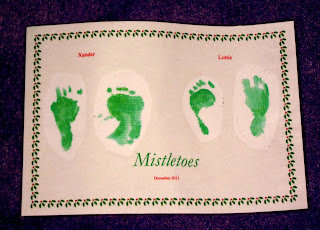 There are some traditions that just cannot be broken. One of these traditions is making Mince pies for Santa and allergy free biscuits for the elves. We have shared a post on the allergy free melted snowman biscuits here. So here are the mince pies that Fifi and I made. 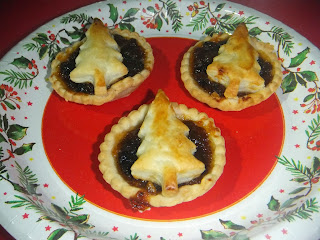 I received some dairy free chocolate gingers and a card through the post as a thank you for being part of  The Dream Team. I don't like ginger but OH says they were very nice. 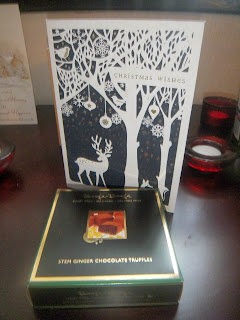 Well as it is Christmas Day we had to go round and see the children. The were inundated with parcels, but we managed to get a picture of them all in their Christmas outfits. 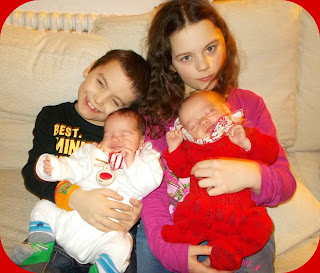 We have another tradition, that the children do not get their presents off of our side of the family on Christmas day. Instead they come round to one of our houses and get a second Christmas Day with Aunts and Uncles and grandparents and get spoiled all over again.

This year sadly daughter No2 was not going to be here but No3 and her OH could make it. We all had a great day playing with the children's toys, watching daft tv programmes and eating nice food.

This year they got pj', dressing gowns and slippers. Arts and crafts stuff, books and jigsaw puzzles as well as a Blue ray amongst their presents. One of the jigsaws we got Bob was a wooden map of the UK with all the counties written on. Not only fun but educational as well. 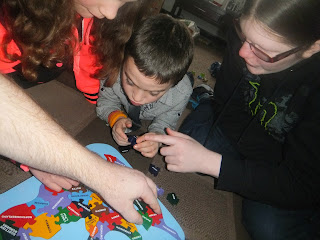 Daughter No 2 came down to join us all today and brought with her the children's presents. Bob got (amongst other things) a scooter that lights up and flashes different colours. Have to say it was a bit like pandemonium with 3 daughters and their OH's, 4 grandchildren, us and the dog, but it is nice to get together. A lot of reminiscing and laughing goes on. Shame the two sons were not with us, maybe one year we will get all five of them together. 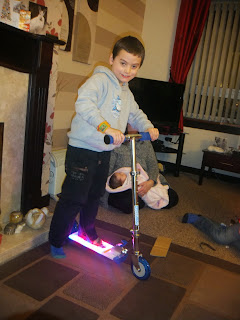 Whilst daughter No2 took Fifi out today to buy her a jacket we got left with the dog. Here he is trying to get hubby's attention. 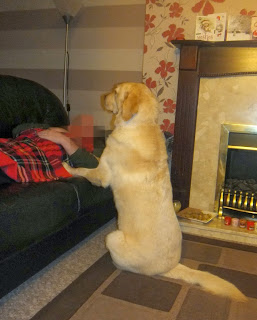 Another tradition that the children started many may years ago, that has been taken over by the grandchildren is - Grandma must get a tube of Jelly tots for her Christmas, and so here are said jelly tots. I am easy to please and cheap to buy for. 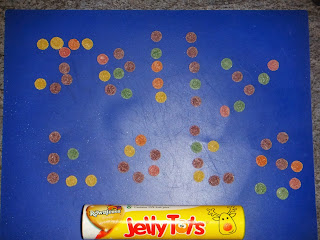 Fifi and all her class mates have drawn a picture of themselves, that the school have then made into a calender. We got a copy of this as part of our Christmas. I had been sent an A3 laminator a while back to review, so we ordered up some A3 laminates and laminated it to keep it good and make it use able. I love this sort of present. 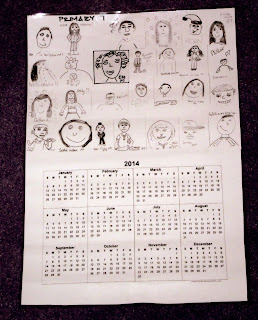 Both hubby and I made Dr's appointments as this horrible cough is just not shifting. I have had it over two weeks now and it seems to want to be settling on my chest, so we both got antibiotics for it. While we were in the town I went into Boots to look at the sale items as I had been given a Boots voucher as well as money to spend for my Christmas, and so I decided to treat myself to some nice things. 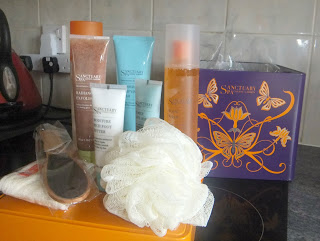