Got this lovely card with a nice wee pressie from the ladies at the crochet club. Its nice to be appreciated. 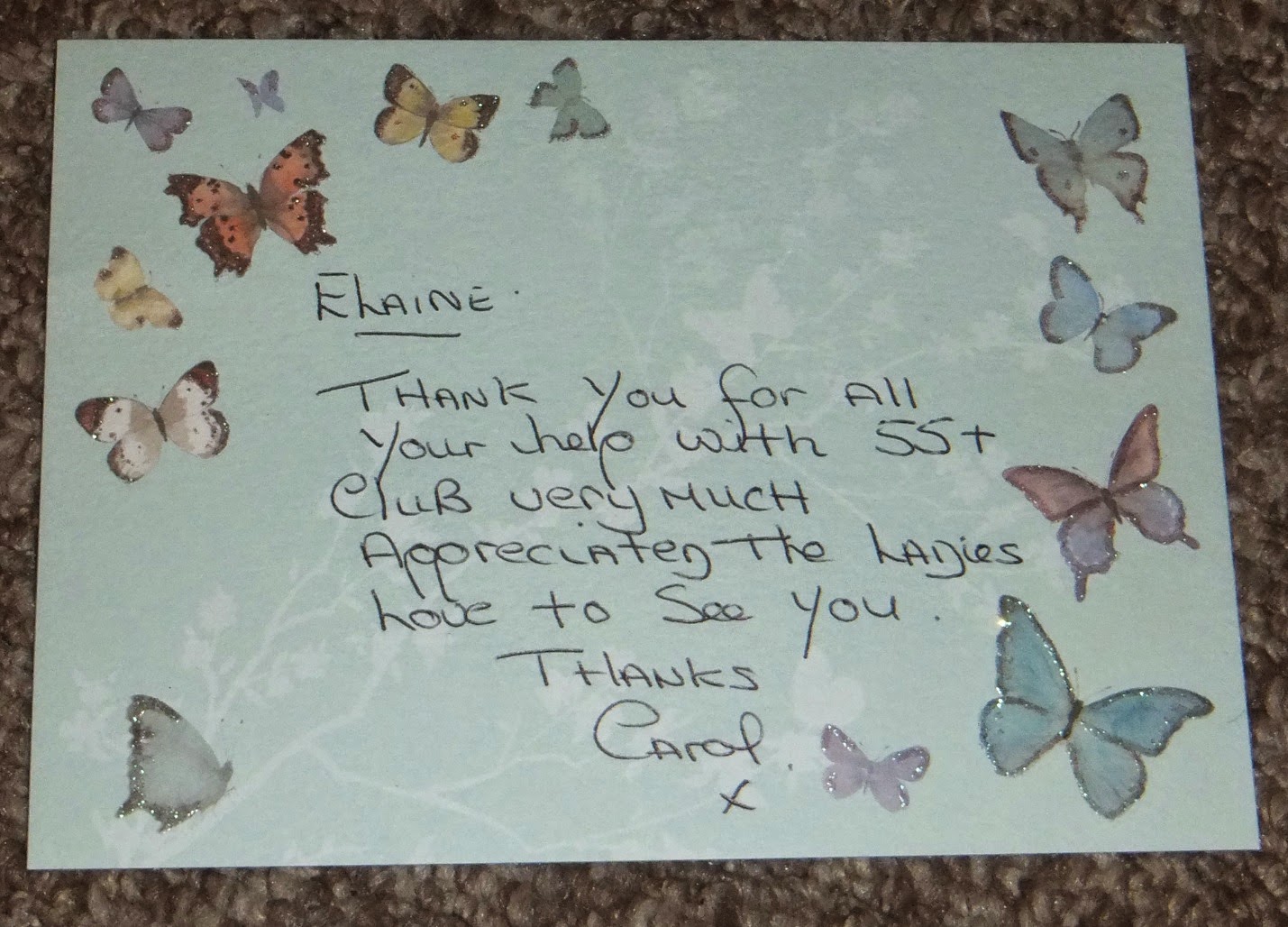 Spent a lot of the day in the garden, between helping to finish the chicken run and picking what was left of the tomatoes and cutting down the plants etc. Decided the tomatoes probably would not ripen to much more at this time of year so picked them all. Had nearly ten pounds time we weighed them out. The green ones got mushed and popped into bags in the freezer to use in cooking at a later date. 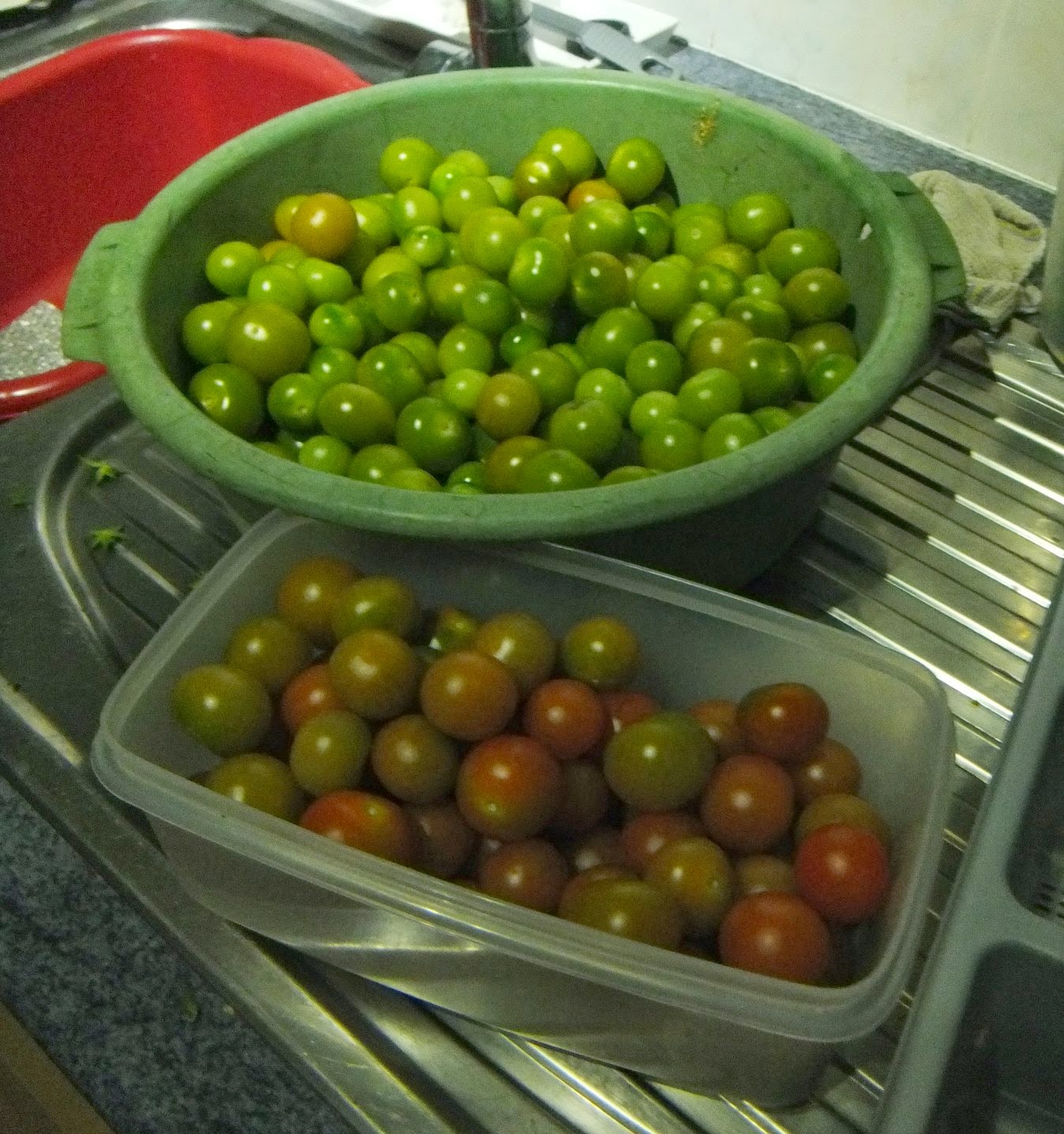 Had an appointment to get a filling replaced and a polish at the dentist. Was in the town a bit early and so decided to take a walk along the beach, was a lovely day. These four looked like students, the two on the sand were pretending to bury something and laughing manically as they did it. The other two had a camera and sound equipment between them. 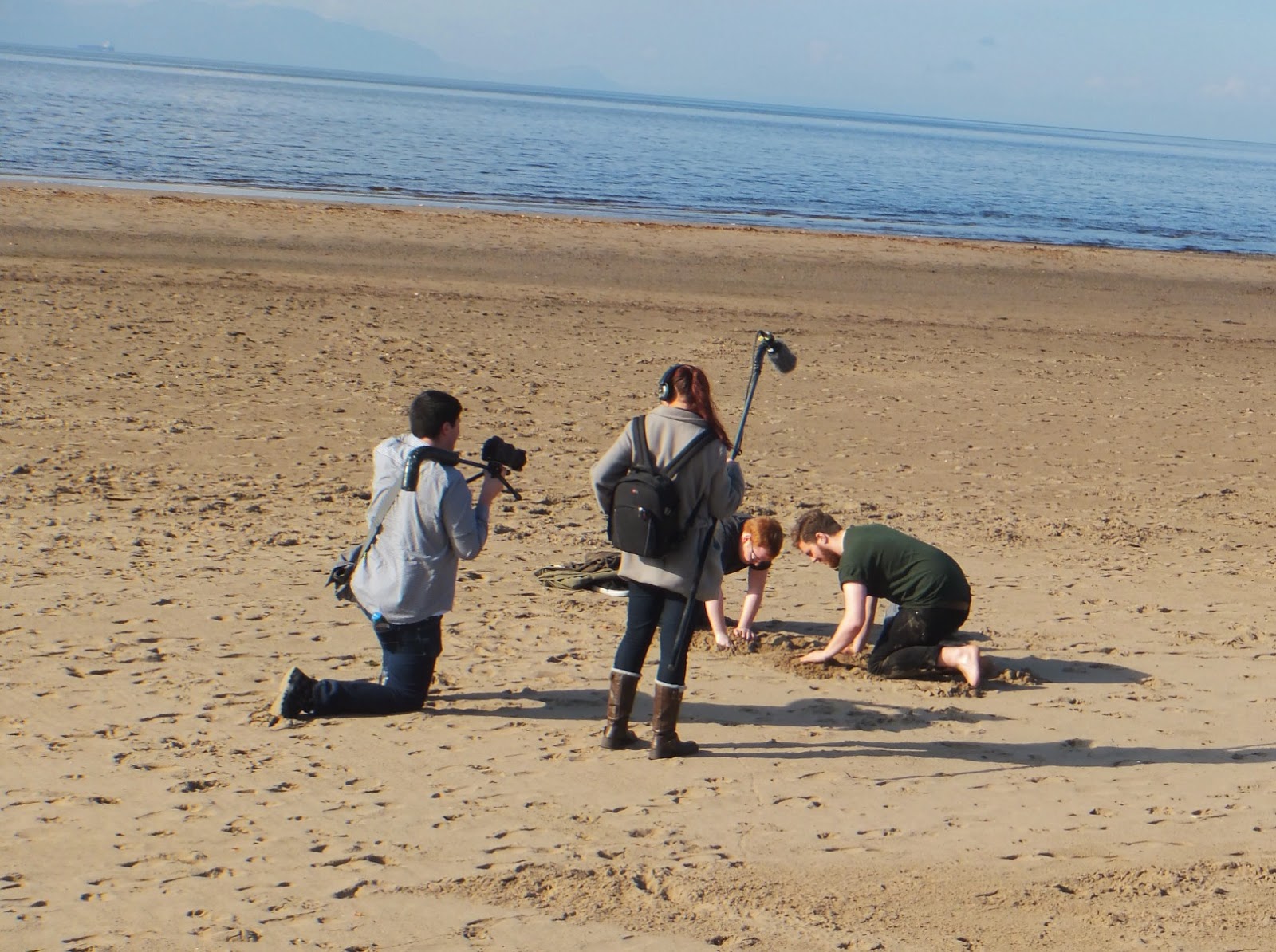 Rather a yuck day weather wise, so did a bit of baking to relieve the boredom. This is a Victoria Sponge with some aero bubbles stirred through it, with the rest crushed and added to the butter icing. 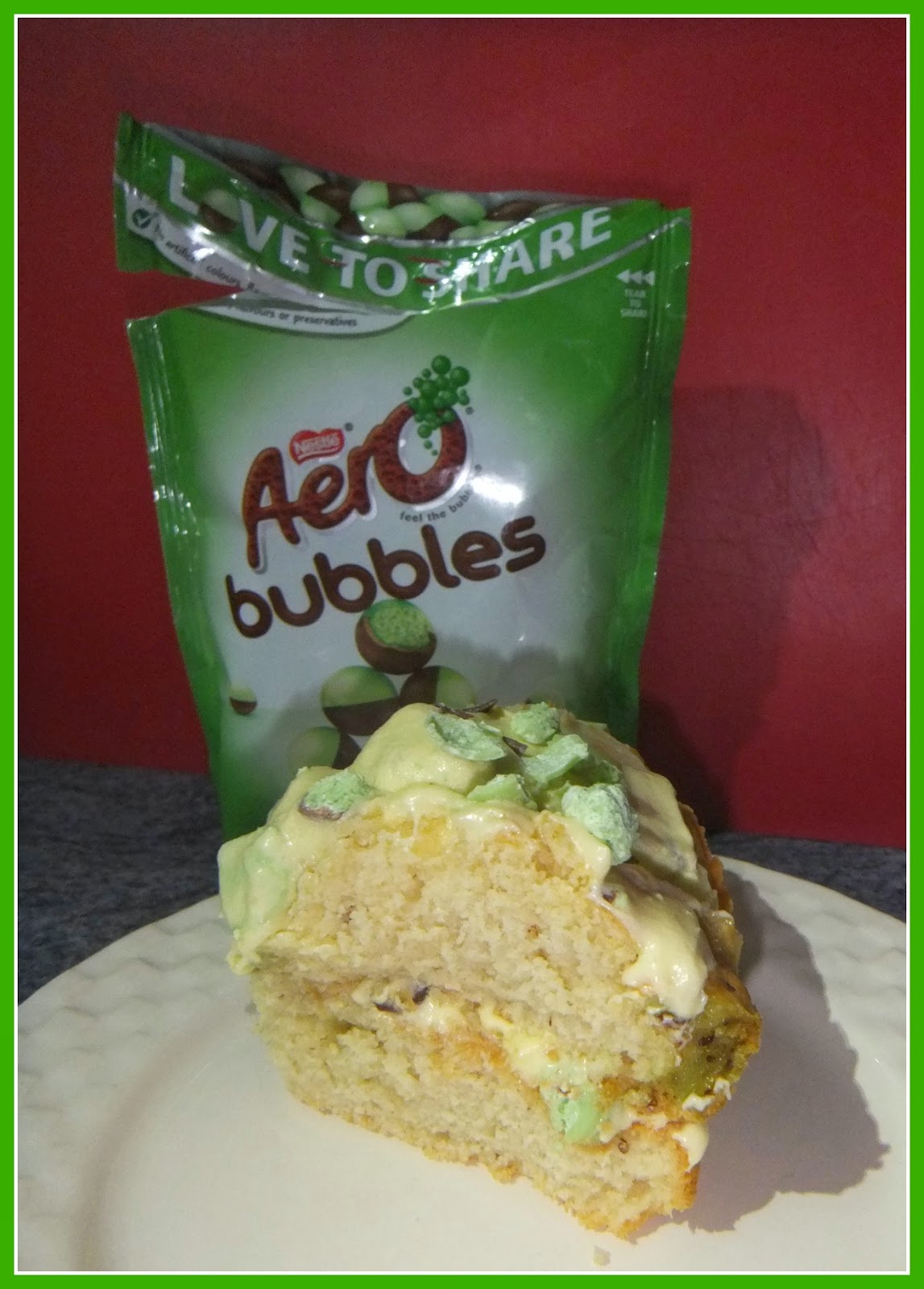 Visit day today, making the most of the remaining few light nights we will have after we come out. Took a walk round this picturesque loch. 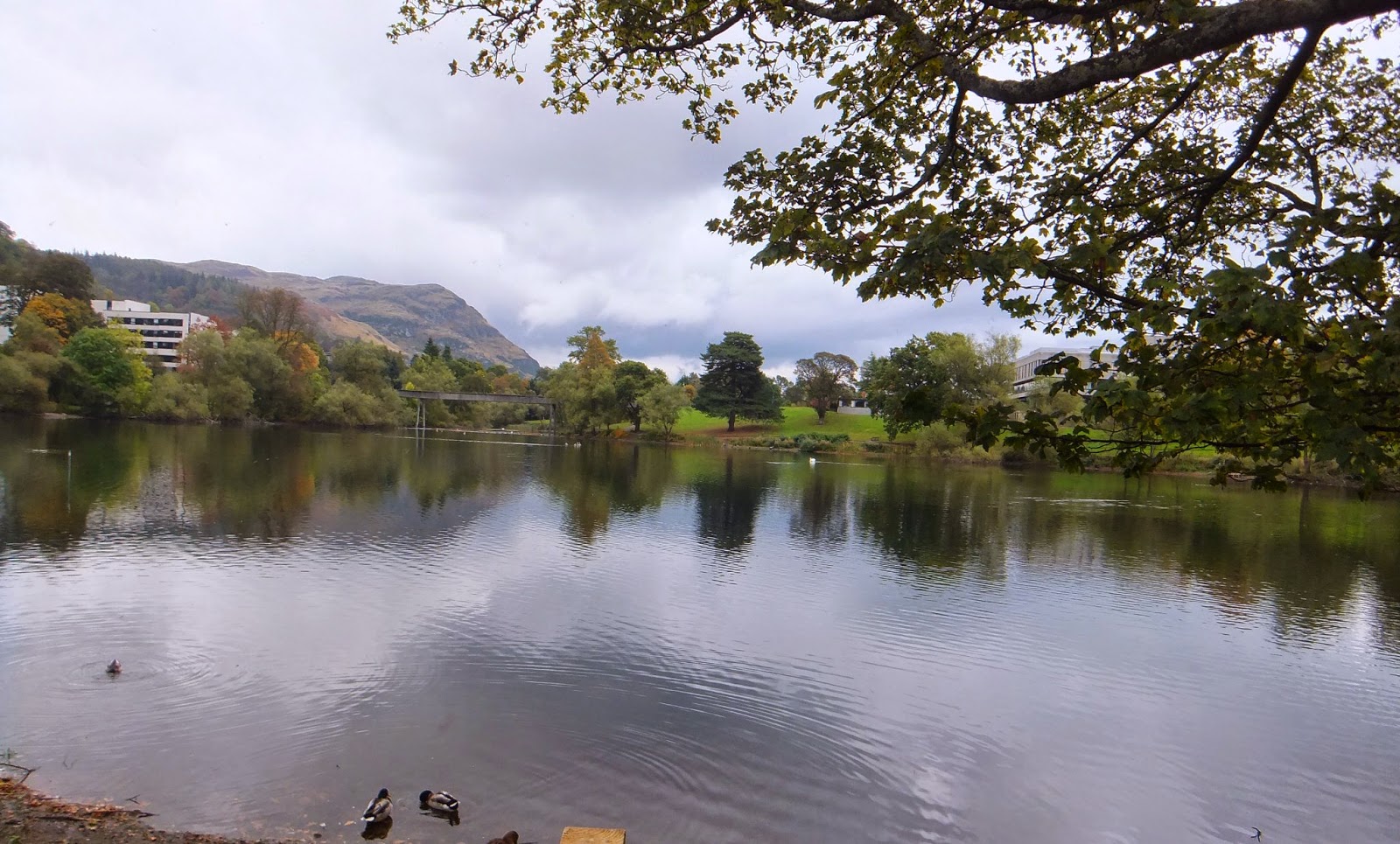 The chicken run is finished and now they can get out any time they want. No more running round the garden pooping every where. Brought them a pile of leaves back from Stirling to kick about it, they seem to love it. 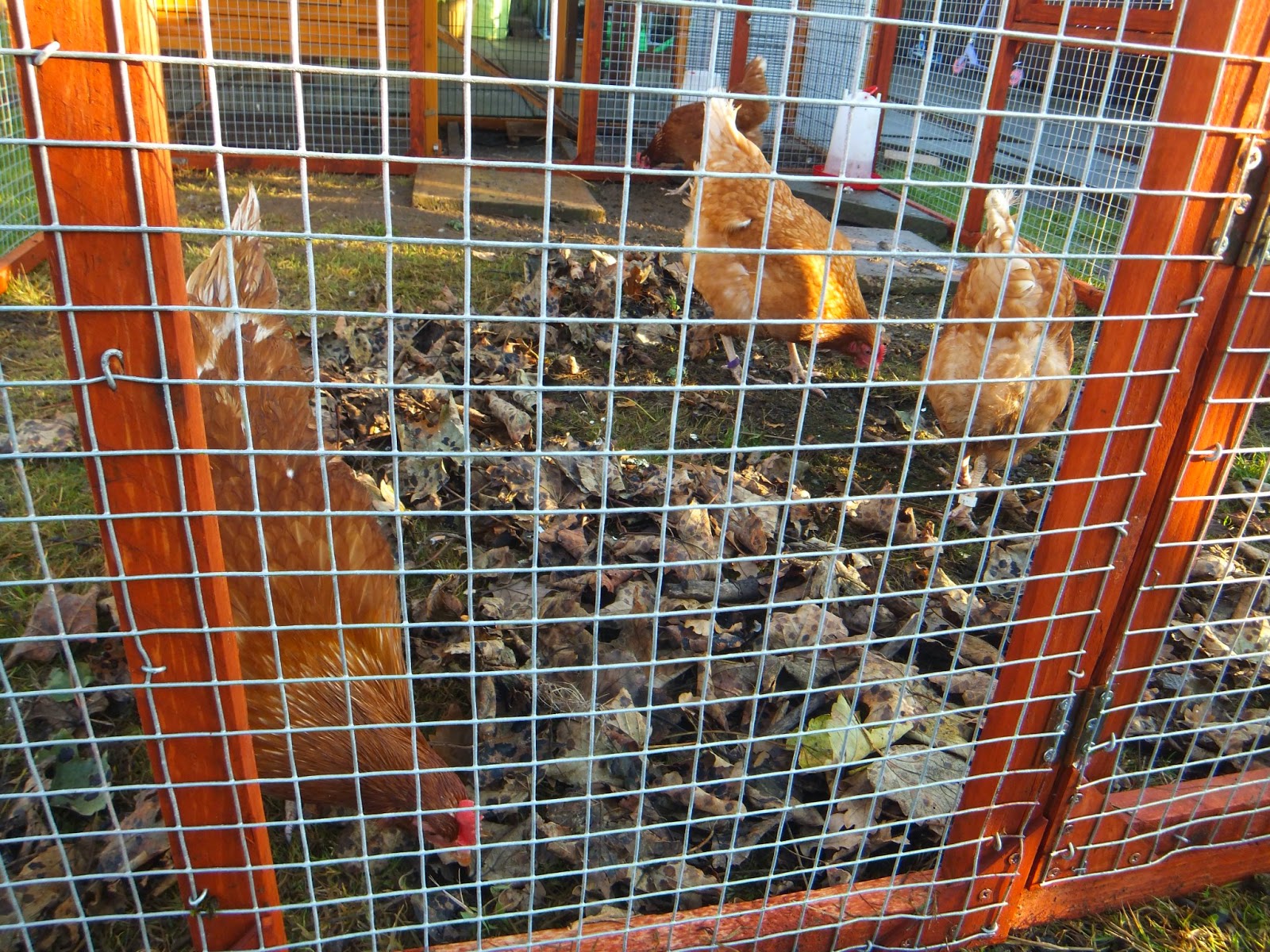 Daughter No2 is down for the weekend and is spending it with the children. She took Bob and Fifi to a crafting place in Troon. This is Bob's gecko. He made a great job of doing it, and wanted to let me see it so I could make it picture of the day. Happy to do that for him. 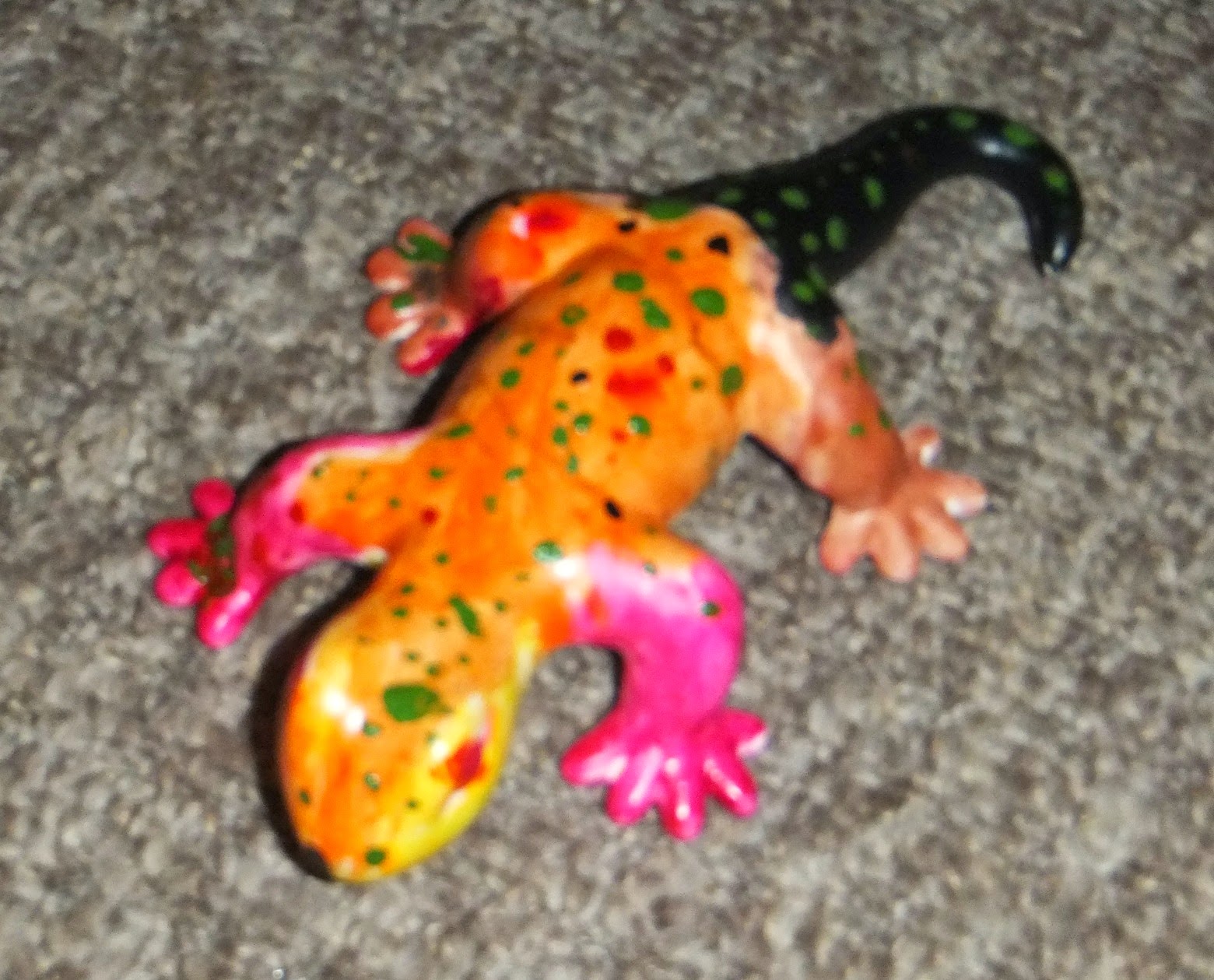 A rather dull week I have to say. But that was the week it was.