it rained, and rained and rained a little bit more, and I guess the wind must have been on the front of the house as my living room window sill was soaking again. Had hoped to get new windows this year but the money just wasn't there so the towels will be a feature again this year.

We never decorated the kitchen when we moved in last year, it was perfectly liveable with but we decided to make a start on it this week. There is not a huge amount of paper needed as it has a lot of cupboards so most of it is just above the wall cupboards.  This one wall is papered half way down so it has been stripped.

Minky and Dinky were round this evening. They have taken quite a liking to their Bonikka Doll. Its a great soft light weight rag doll. They have both been putting her through her paces. Its perfectly chewable. Have done a review on it here . Minky is walking now, only two or three steps but wont be long till he is off and running.

Today was the over 55's club that I go along to to teach them crochet. They do many things other than crochet. Today they had some singers in entertaining the clients, and they all loved joining in.

Daughter had a few things to do in the town today and did not want to trail the children as Minky and Dinky have a cold and are rather grumpy. So I went round to babysit them. Firstly Dinky climbed up and snuggled in and fell asleep, so I stuck her in the corner of the couch, and so Minky decided to climb up and fall asleep as well. I plonked him next top her. He slept for an hour, she slept for two and a half and was still asleep when mummy got home. Who said two of them were hard work?

We were having visitors over for a meal last night so Bob and Fifi decided they were not coming over. So I promised Bob I would take him out and do something with him. We headed off to Auchincruive for an adventure. He became Sirius Black and was hunting Zombies under the cover of trees. He had a paint ball gun and was shooting them all. Thank fully we managed to get out alive to tell the tale.

I was approached to see if I would like to choose a gift from the range at Museum Selection. Christmas is on its way in case you had not noticed. Now I know a lamp may not be every bodies choice of a gift but I personally am quite happy to receive nice items for my home as presents.

Decorated with a stylised fleur-de-lys motif, striking glass lamp leaded in a traditional manner and inspired by original pieces by Lamb Brothers, c.1910.

founded in 2002, Museum Selection is proud to work with various museums and galleries to offer a fine collection of home accessories, gifts and cards, with purchases of these items helping the respective organisations.Working closely with suppliers we are passionate about our prices and quality, utilizing traditional skills and craftmanship wherever possible. Many of our products are made exclusively for Museum Selection.

I have to say it looks very nice sat on the phone table in the downstairs hall. Just add your own bulb and your up and running. 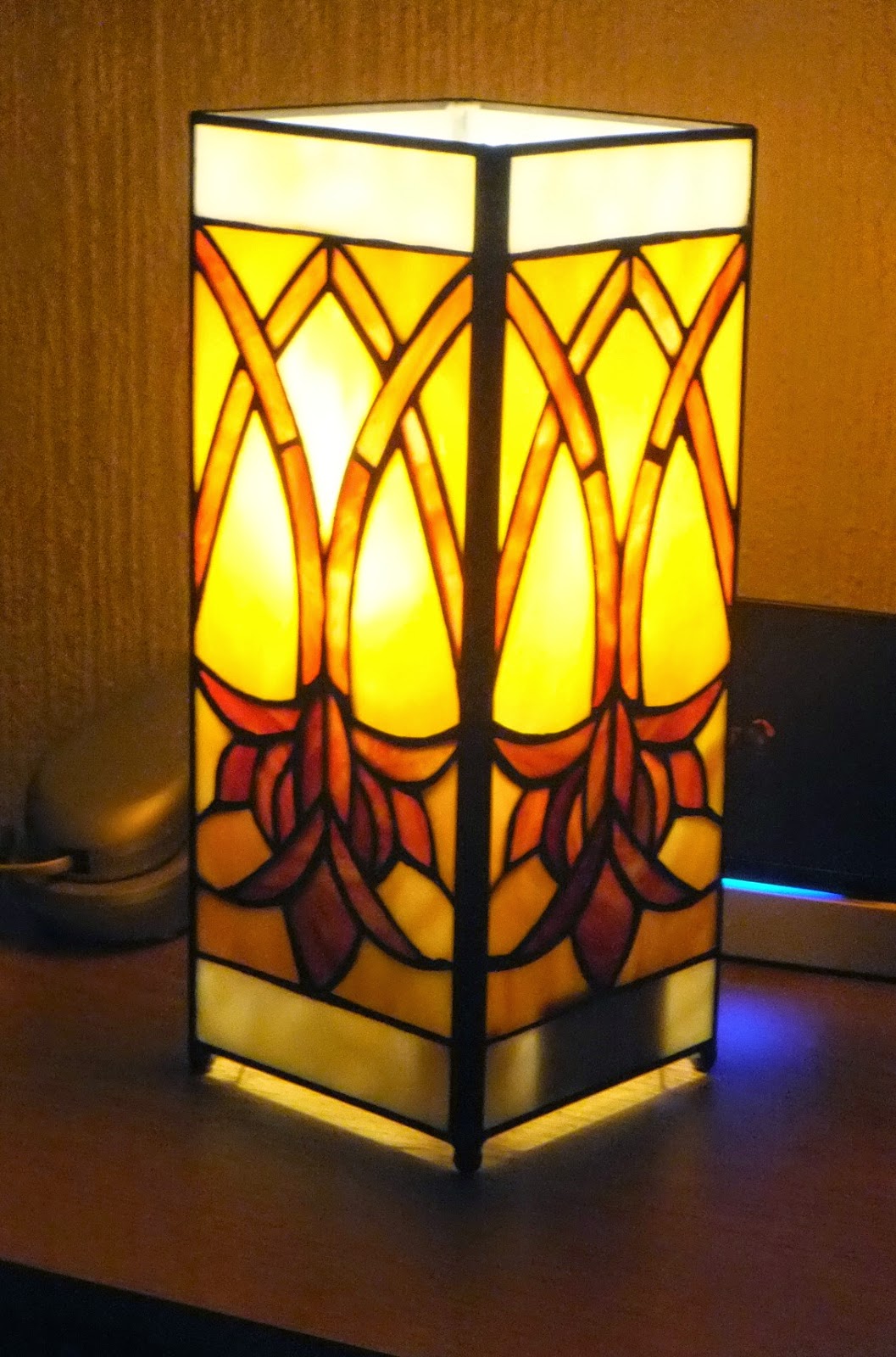