The cladding is still going on, will be glad when it is finished, but this is currently the view from the top landing window. Daughter had the older two away to M&D's a localish theme park today and as SIL works in an afternoon so I went over to watch the twins between the time he went out and daughter returned. Here they are having their snack. 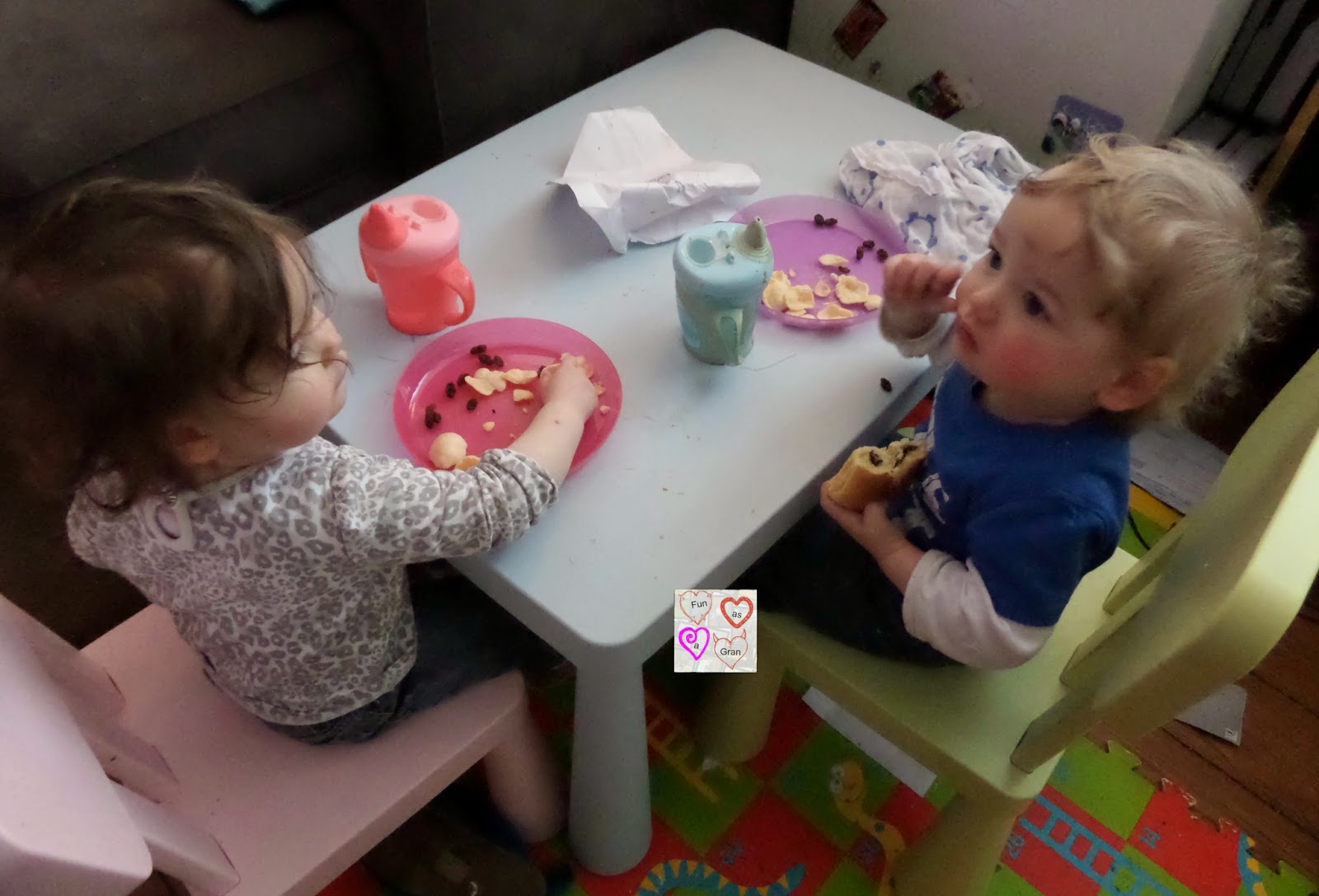 Was another lovely afternoon so I went for a walk with DH. We walked along the River Ayr at Failford to a place called Peden's Cove
Have been along here many times before but have never spotted this bible tucked inside the rock ledge near the top. No date on the inscription. 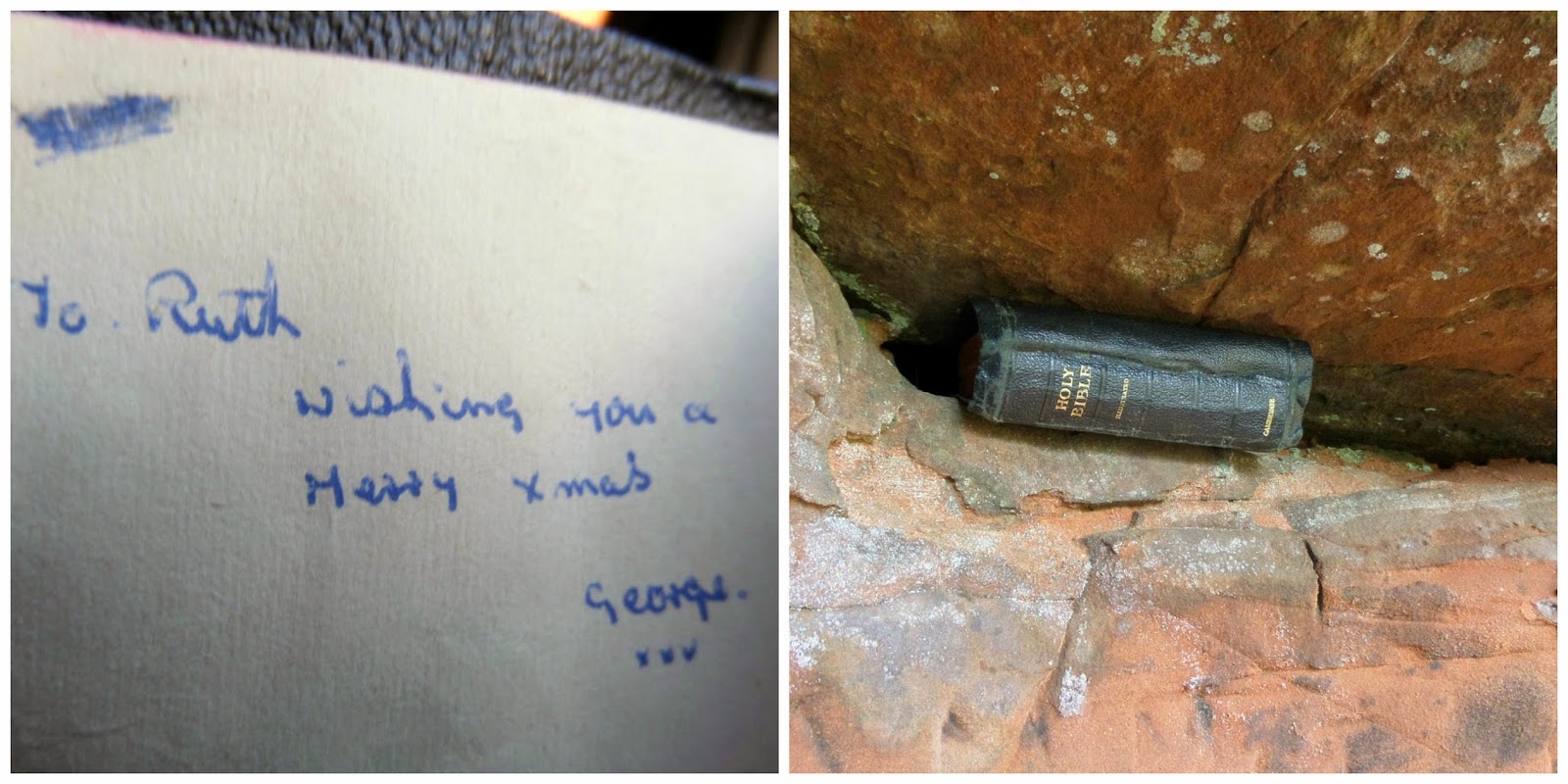 Fifi was away at a friends for a sleep over and so daughter decided to wander up with the other three. They went out to see the chickens. Dinky had a stroke at one but Minky was not so sure, The wind was cold out so we came back in to play. Here they are playing games with granddad 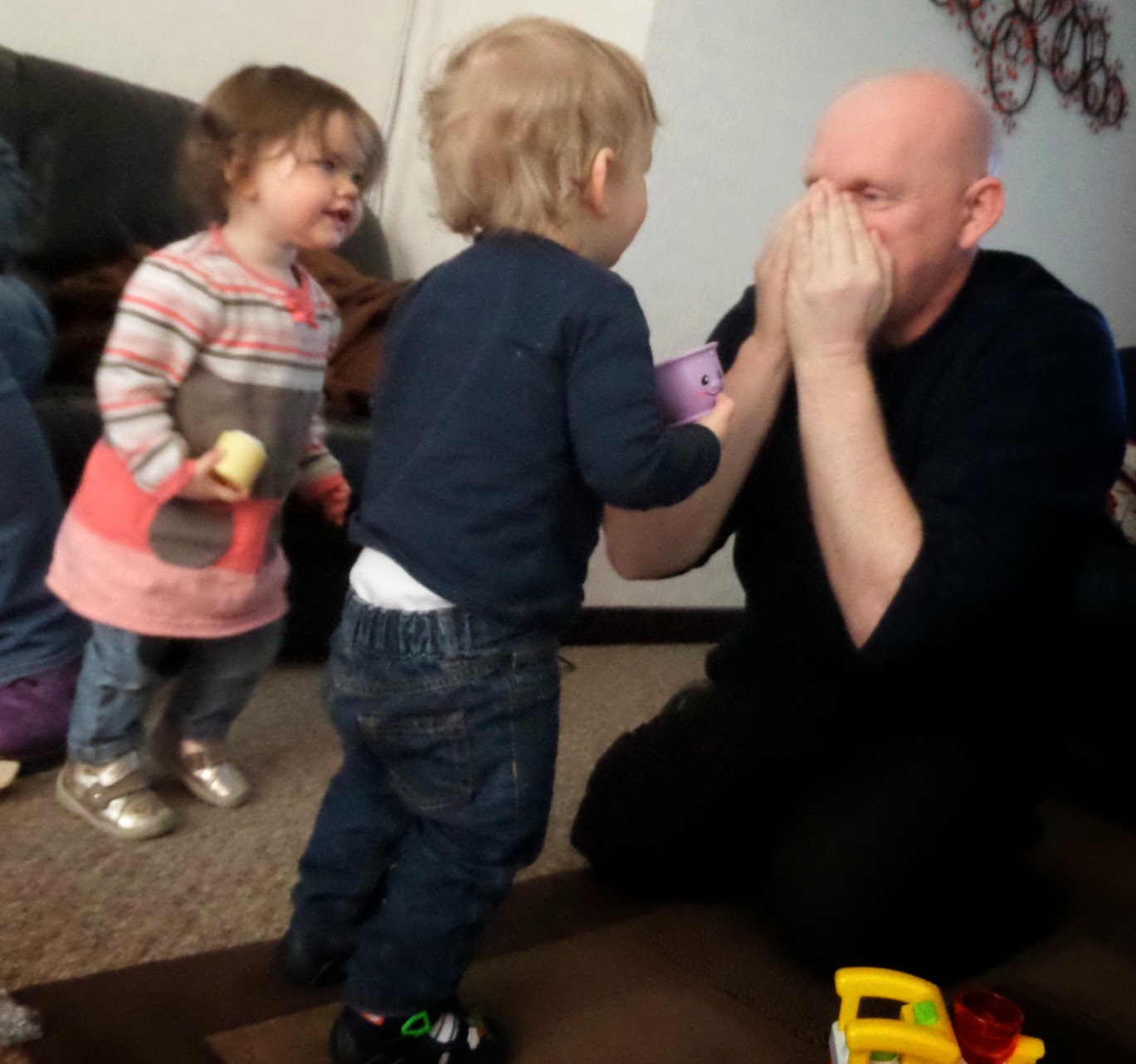 A friend of ours has been wanting to try geocaching for a while. So today we all went out to do some, he had a ball and is now hooked. We had a strike rate of ten out of the eleven we looked for. Had to double back for one as two men were sat on the wall three feet away from one and despite wandering down to the river and doing various other time wasting activities they were still there. 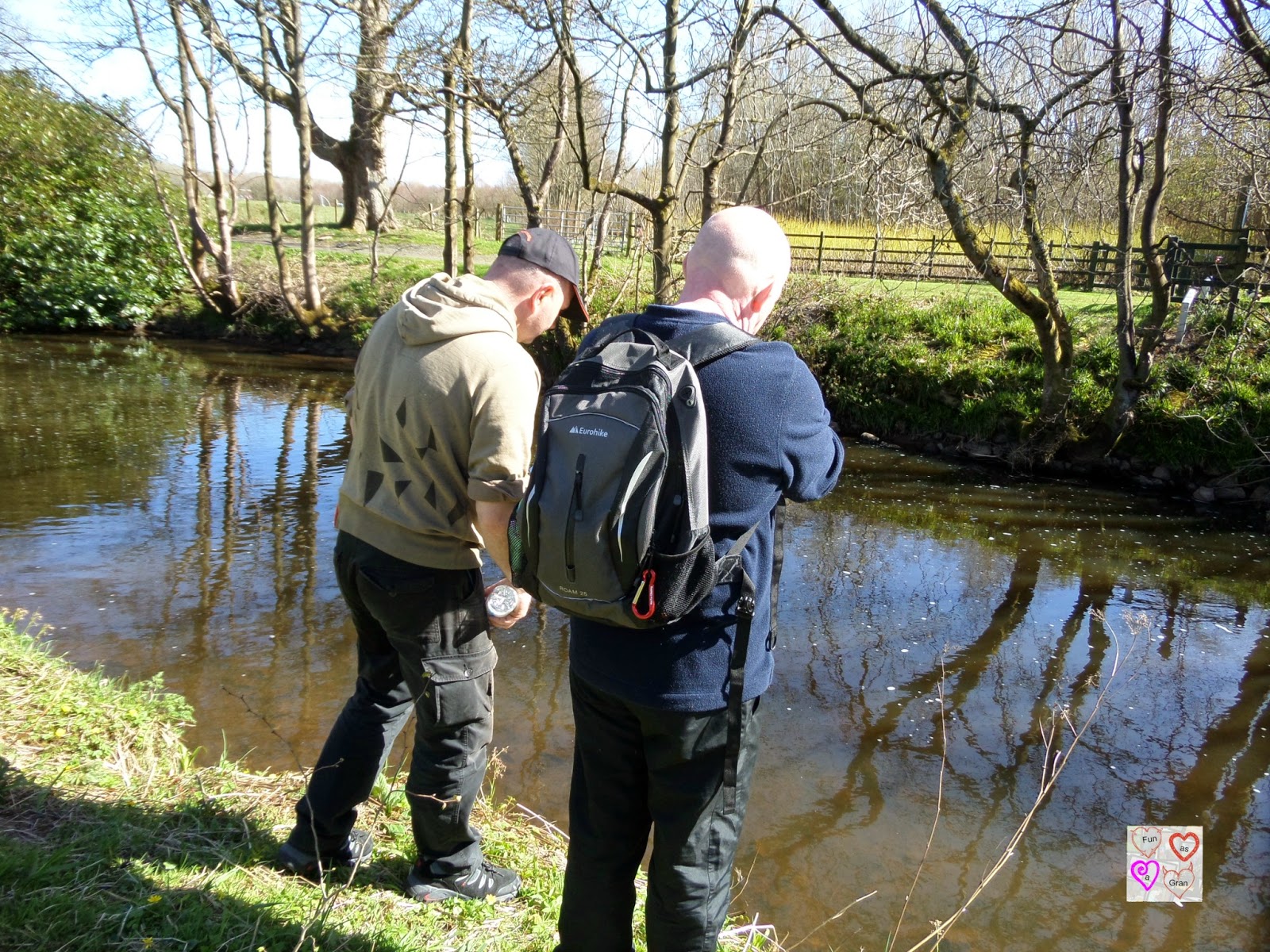 Happy 9th Birthday to Bob. As usual he asks for a cake from me. This year he wanted a Harry Potter cake, did googling of various images but with his cake lacking in both egg and gluten it does not have much structure to mold or cut into shapes too easily. I popped an ask on Facebook and Clare put a picture of of hers up for me. This I could manage and I added a scarf for effect. 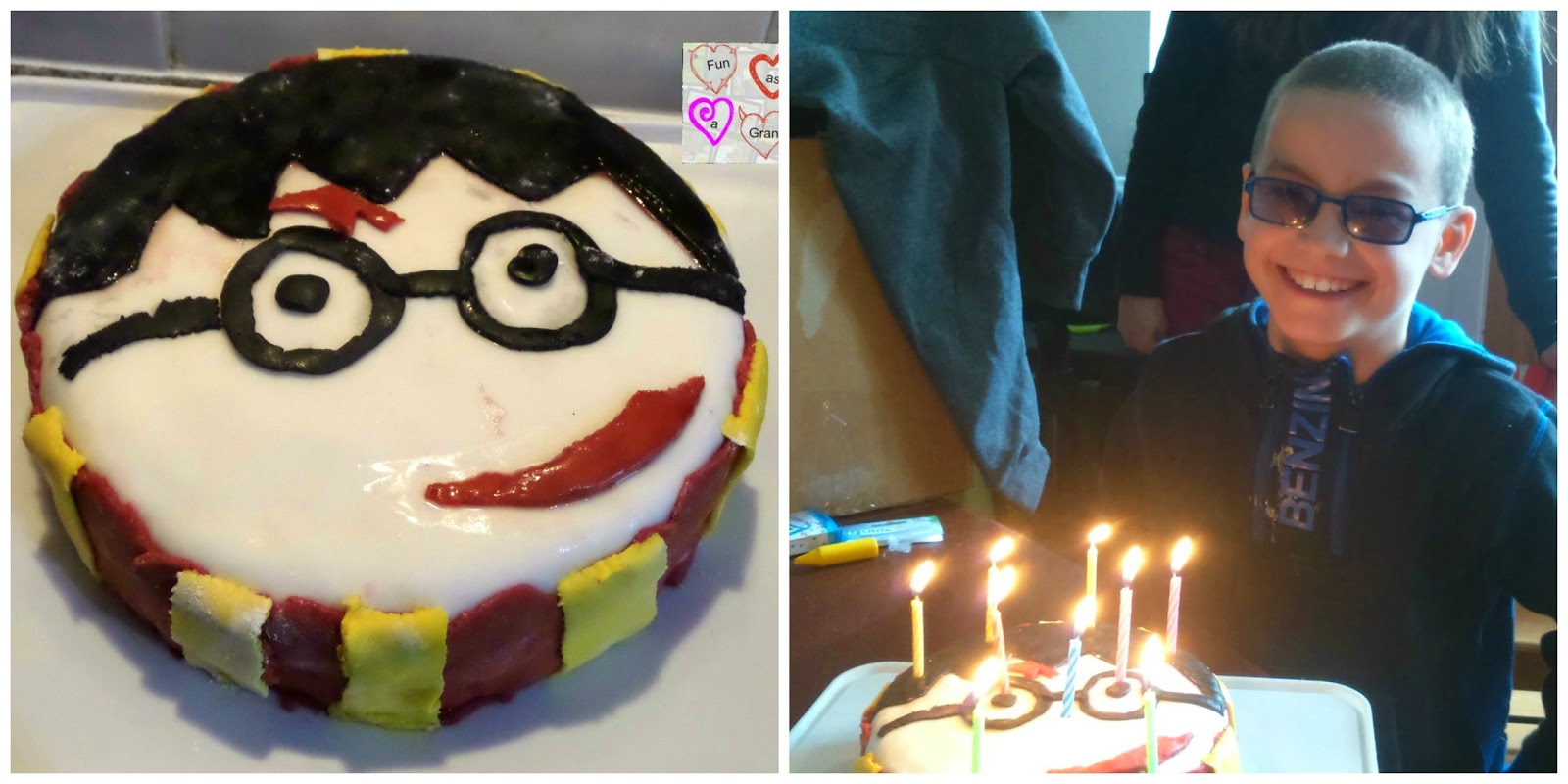 I had some items to clear out of the loft and so have popped them on various freebie sites to see if anybody wanted them, One I gave away during the week and the lovely lady that came to pick it up brought me these lovely flowers. 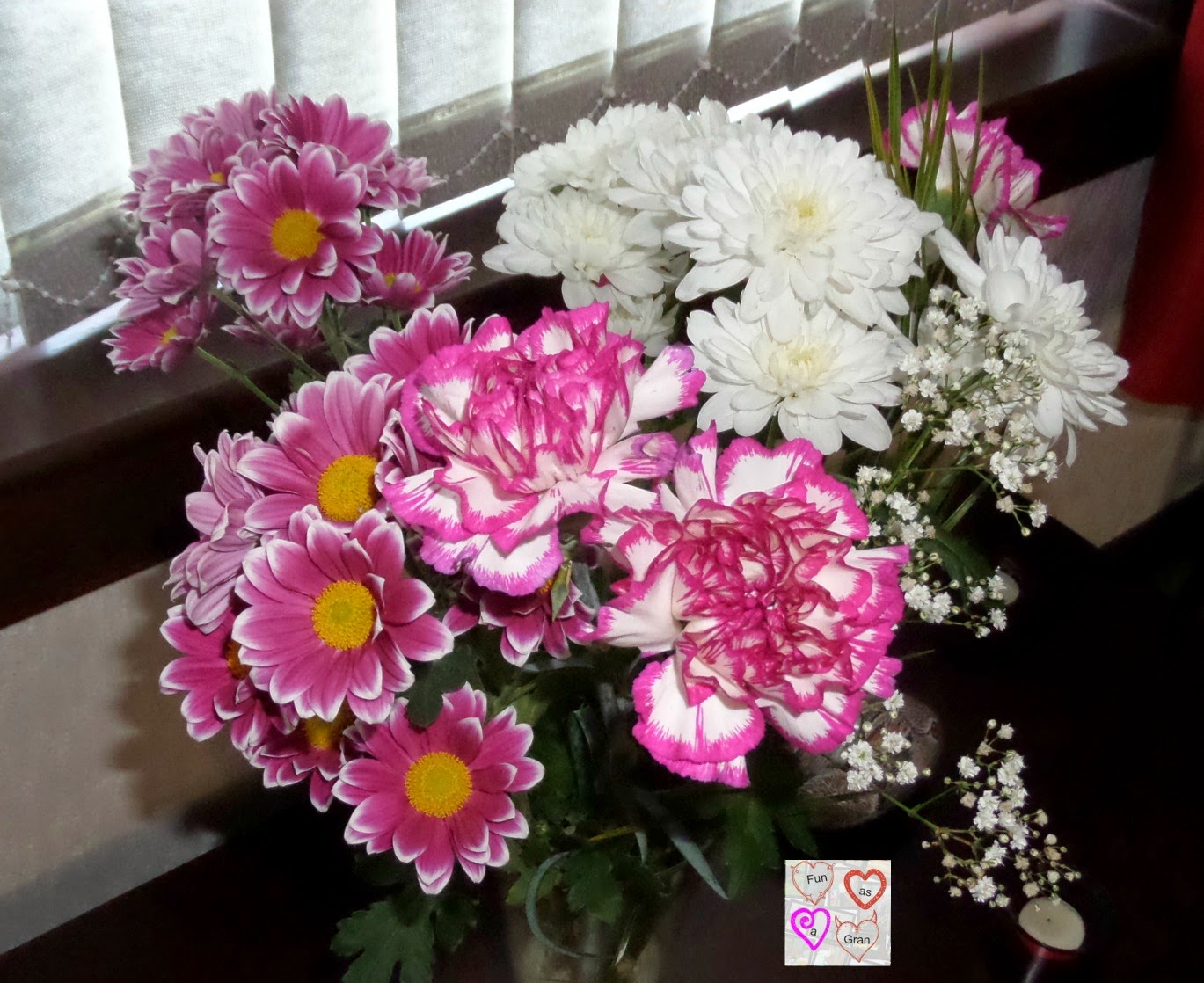