Well the plan to get hubby fitter and happier is working. He has been doing two to three miles a day on his own with Lilly. She is such an adorable wee thing, well worth every penny. 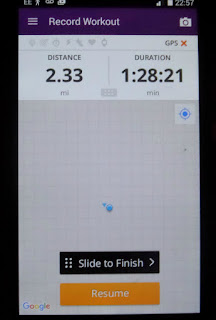 Was not feeling to great, nothing I could put a finger on at tea time, the week does unfold on an issue. But we had Bob to take to gymnastics so we dropped him off and took Lilly up to Auchincruive and into a field with a wall on one side and a fence she could not get through at the other and let her off her lead for some of the walk, working on shouting her back and rewarding her when she came.

This plane was buzzing around very low in circles for a good part of the time we were out. Apparently it is a Boeing E-3D Sentry AWACS, a US military airborne warning and control system (AWACS) aircraft 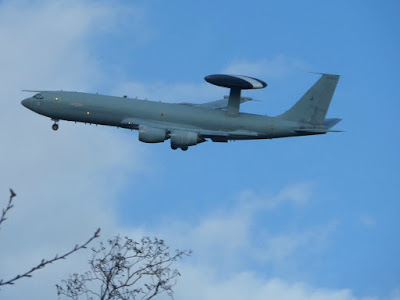 A bit of work, a bit of shopping and a walk with the dog and hubby. I was still not feeling great, in a lot of pain, so we cheated and took her up to a field in the car, we still did a mile and a half with her and she had done over two miles with hubby earlier in the day.

Here is the two of them relaxing. 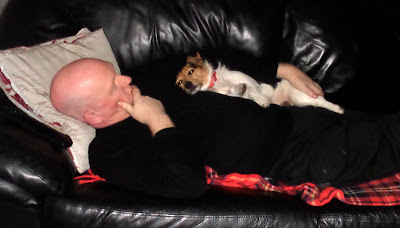 Had made a GP appointment yesterday as on Monday I suspected I may have kidney stones, and it is daft to ignore that amount of pain and a bleed. She did tell me I should have gone to the Emergency Department but that seemed a waste of their time somehow. So she is sending me for an x-ray and an appointment is made for Thursday. I already had an appointment for the practice nurse to get blood taken as they had picked up on a possible kidney issue three months ago. 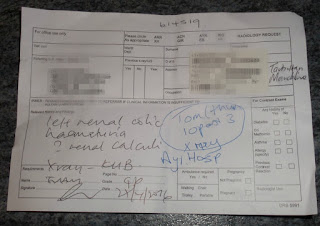 Ran around like a demented loony all day, a bit of over time, home via daughters, back out for my xray, results in seven to ten days. Into the town to do a few things for other people. Home fed and as it was too miserable to go out with the dog, who had been for a walk with hubby earlier in the day, I went and did a youtube workout.


This is Lilly trying to look out the window. Yes I know she is facing away but I shouted her to turn round. 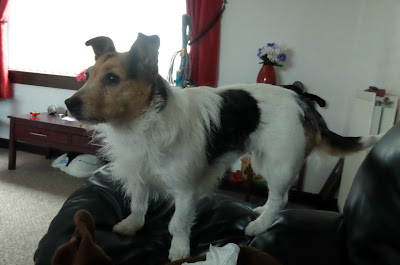 Blood tests came back normal, they think the blip three months ago was because it was a fasting blood test and I was dehydrated, not surprising really as I had had nothing to drink. But good news regardless.

A walk with Lilly out before the storm. Loved the rainbow that was on the border line between the rain and the blue sky. 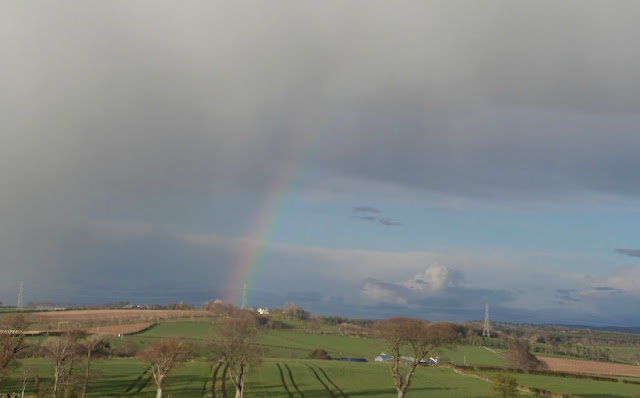 Won these back in Feb but that is them just turning up, It is a set of a large bowl, a colander, a sieve and a small bowl along with a measuring spoon set, have to say it looks very pretty from above. 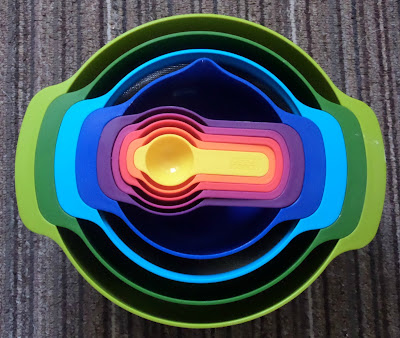