Getting wet and muddy in the park

Have not had much time to get out and about to the park with the twins lately, so today I decided to get them out despite the rain,. So we went to the park in the rain to get wet and muddy. The twins were quite happy to go and so we donned jackets and reins and went.

Minky hopped from item to item and played on each thing for about ten seconds and Dinky amused herself by pottering around and not really playing on much at all.

He now knows what to do with the ladybug and was really pleased with himself that he can get it to move and keep it moving. 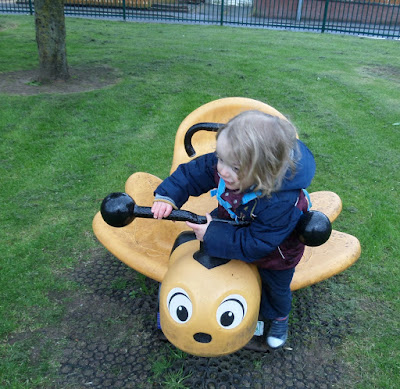 They enjoyed climbing on and off the mushrooms. 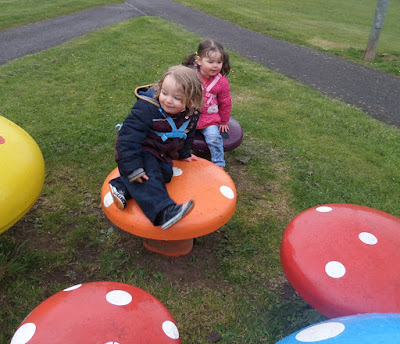 He could not quite master the net but did try 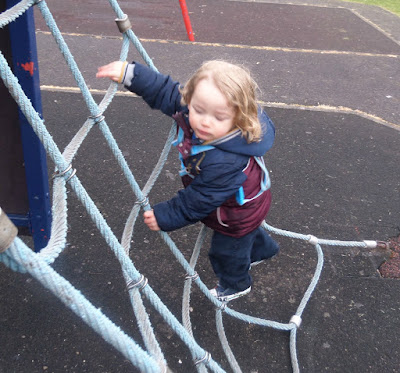 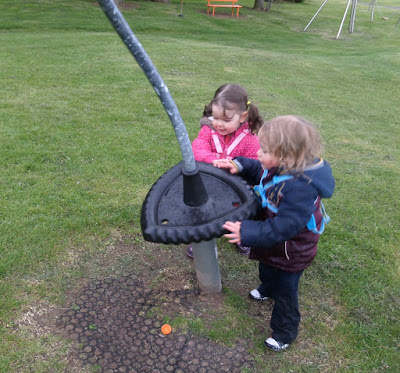 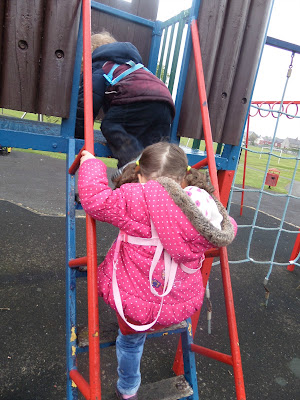 while Minky was happy to come down the slide, Dinky climbed back down the steps. The slide. like everything else was wet and he did come down a bit fast but enjoyed it and went up again and again. 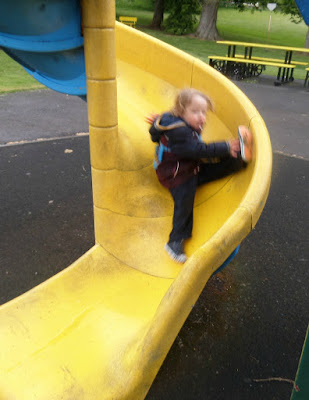 Though she did go and play on the smaller slide 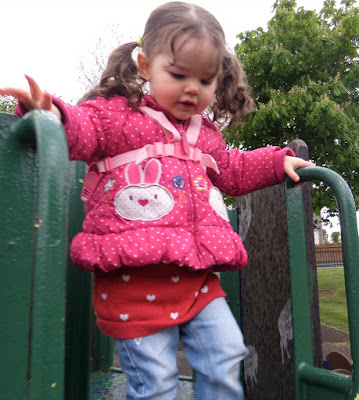 and had a lot of fun crawling through the tunnel 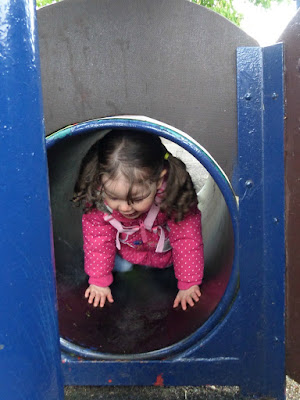 They played together for a while on the car, and Minky was not too impressed that the steering wheel was "stuck" and would not move. 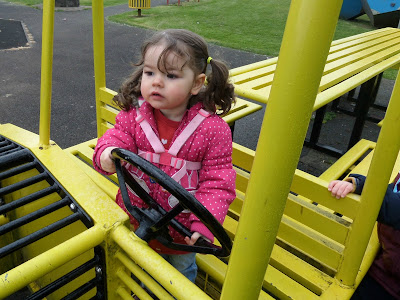 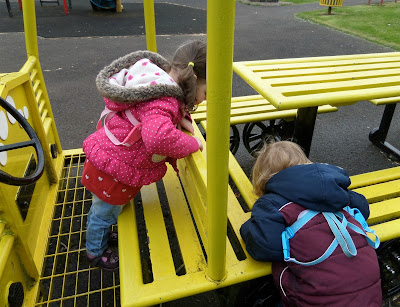 Buy now the two of them were soggy wet and rather muddy and so we headed for home. 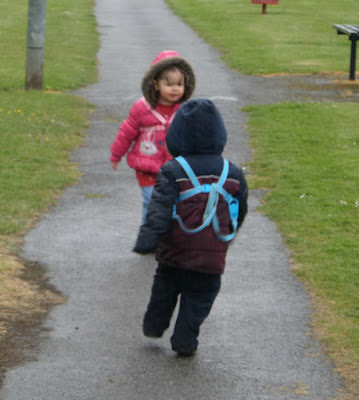 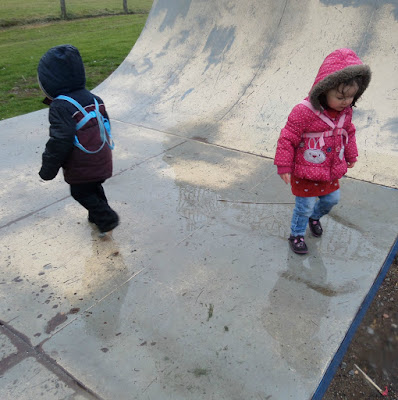 and splashed in with their hands 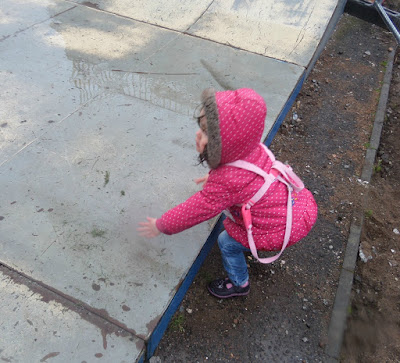 There is a lot of building work going on over near the park as they are knocking down various buildings are building a new primary school. Dinky was not keen on the noise so she put her hands over her ears but was enjoying watching the diggers despite the noise. Minky was right up at the fence. 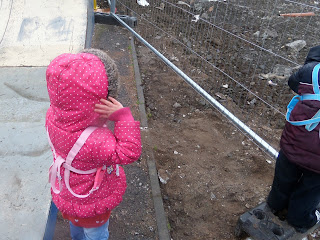 Then of course the hole had to be jumped in and climbed out of. 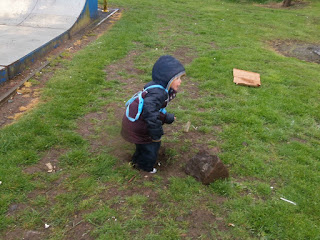 Some video clips stuck together.


So we went home, got stripped and got some clean clothes on, but my daughter is like me, a bit of rain and mud does them no harm and they had lots of fun running about.