A wet and blustery day

Last week the weather was not the best and I had planned for a day out with DD1 and the children, Our initial thoughts had been for a picnic but Thursday was a wet and blustery day. So we headed towards Kilmarnock knowing there was stuff we could do indoors there as well.

We packed up some snacks, part of which was from the Aldi Mamia's award wining 100% organic baby food range. We were sent some fruit and savoury pouches, fruit pots, rice cakes and a bottle of flavoured spring water to take with us on our day out. The pouches have easy ( for parents) twist off lids that can be refitted to save waste. 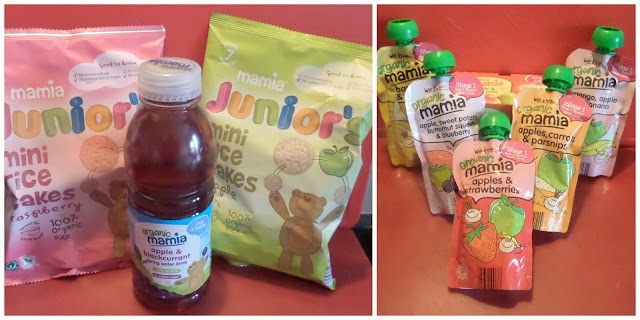 When we arrived it was dry and sunny if rather windy but we decided to brave the park and let them all run off some steam. We put jackets on the gruesome twosome, and DD1 popped Ziggy into her baby carrier, zipped her jacket up over her and we headed off. The gruesome twosome spotted the ducks in the duck pond but we said we would look at them on the way back to the mini bus. The park has two main sections, the older equipment that has been there since my children were small as well as a newer section that contains items for the children to play on and half a dozen pieces of keep fit equipment aimed at adults, a great idea that the public can use whenever they want.


But sadly within ten minutes the rain was bouncing off the grass so we headed back to the mini bus and decided to have something to eat.

Firstly we gave Spud one of the pouches and I have to say she did not manage overly well with the it, she ended up wearing more than she ate I think. We might have had more luck had she not wanted to hold it herself. With hindsight a bowl and spoon would have made life less messy.  Thank goodness for the Aldi baby wipes!! But Minky, Dinky and even Bob like the pouches and happily had one each as well. I remember my daughter using them with the twins when they were younger as they do not require a spoon and Fifi use to feed them to the twins on the go if we were driving back from some where with no chance to stop the car.


But she did mange the rice cakes easier. These are a great snack idea, fairly easy to eat even for Spud at seven month and the twins tend to get rice cakes fairly regularly. They polished off most of the rest of the two packets we had between them. These light, tasty and healthy whole grain rice cakes with no added salt or sugar, just flavoured with fruit juice, so make a great healthy snack or as part of a balanced meal, and at only sixty nine pence a pack and are certainly a great on the go food. 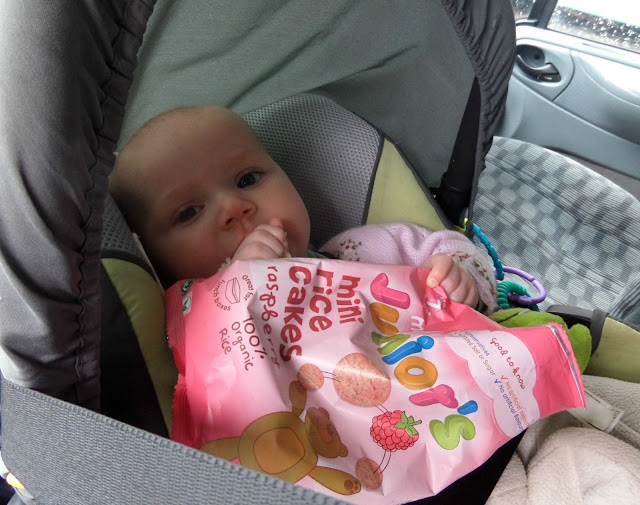 So after we had something to eat we headed to the Dick Institute. Firstly we went up the stairs and into the museum section. Here there are various exhibitions that relate to the history of the town.


While the older ones played Spud rolled around the floor.


We then crossed over to the side of the museum dedicated to Natural History. Lots to look at here. The glass display cabinets have information sheets that tell you what the displays in the case actually are. Bob and I were laughing at a rather large seed a Coco de Mer that has the nick name the big bum coconut because it resembles a pair of  buttocks.

Bob enjoyed finding local places on an old map of Ayrshire, he managed to find his street as it had the old church on that is opposite their house. 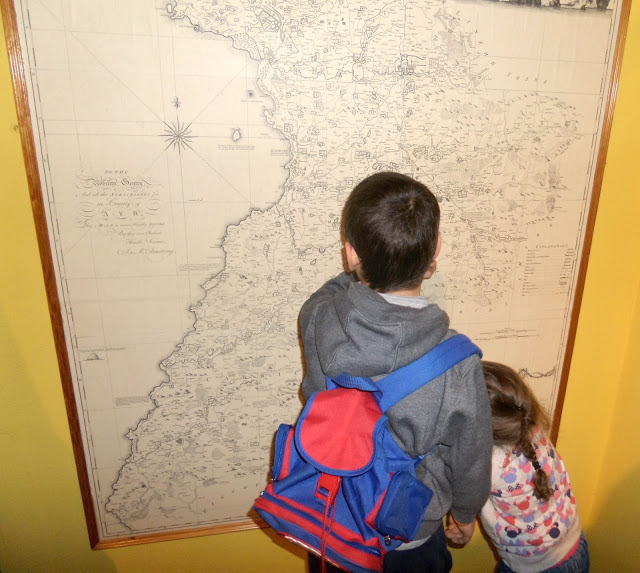 Then we went downstairs to the library to read some books.

By this point they had all had enough and so we headed home.

This post is an entry for BritMums #MamiaDaysOut Linky Challenge, sponsored by Aldi Mamia