Well this is it, half way through the year already. Have had DD2 down with Ziggy for the week as time she goes on holiday it will be time for her to go back to work so last week she will get a chance for a while.

No overtime today so had some time to spend with Ziggy. Every bird is a quack, so here she is watching the quacks. Did get some lovely video as well. 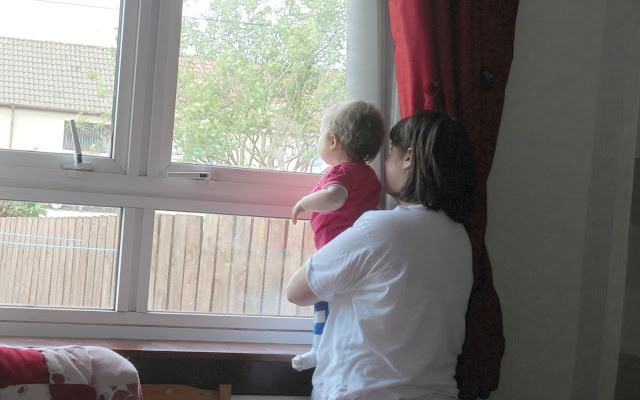 Granddad was amusing Ziggy with nursery rhymes and songs on the tablet. 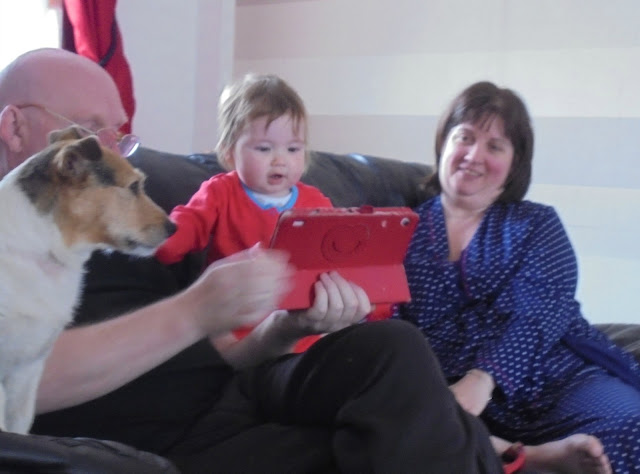 DD3 and SIL3 came for tea, and she read Ziggy's bedtime stories. 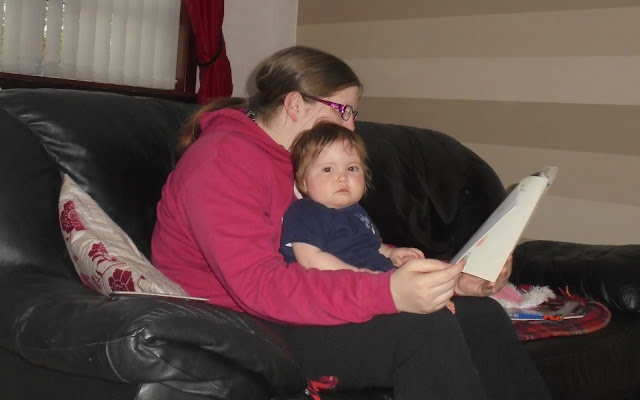 Granddad was amusing Ziggy, or was he amusing himself?  They had a tea party for monkey but didn't invite monkey. Ziggy did have a hat on but it kept falling off.
DD2 took Ziggy swimming this afternoon, I watched, and then we went for a wander round the shops in Troon. You get a better quality of charity shop in Troon. 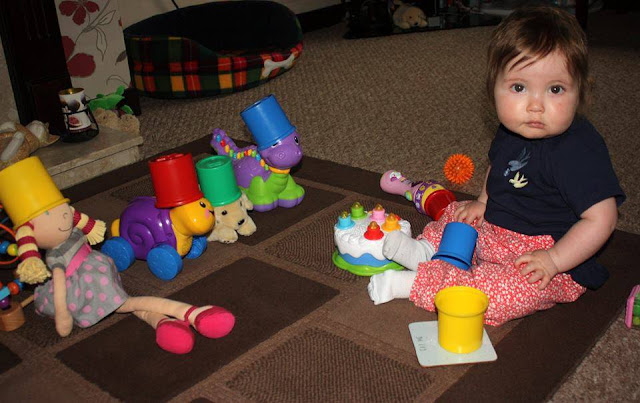 Babysitting the four youngest while DD1 took Fifi to an appointment. It was raining hard so we were stuck in. We turned the tv off and spent the time reading books and playing silly games. Making up our own nursery rhymes and singing nonsense songs. I use the term singing very loosely but the kids did not seem to care.

Here they were sat on the back of the couch playing humpty dumpty and falling off as and when they felt like it. I had been sat next to Spud and holding her hand so she could fall as well, just in a much more controlled manner.

Things continue to improve between the dogs. Have had a few wee growls from Lilly and one failed attempt at a leap off the couch at him. But if he stays more than two feet away she is ok with him. 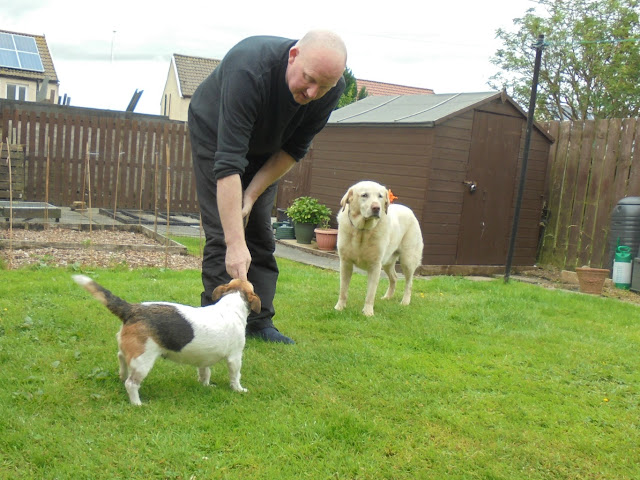 Had joined in with a twitter chat the other day. Luckily enough to be one of the winners of £25 of B&M vouchers. Will have fun looking round the shop hopefully next week. 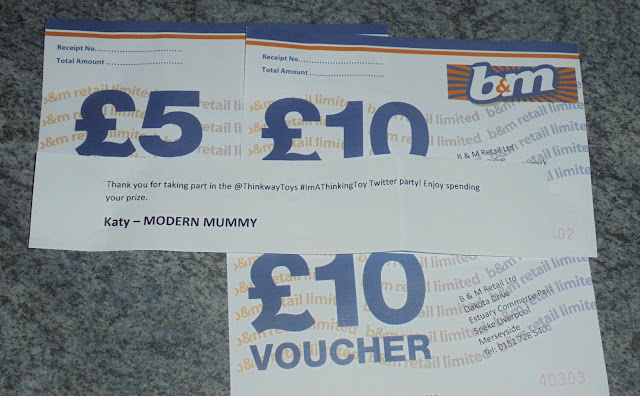