October already. the cows are still out in the fields are down from the hills. Sadly the dark nights are drawing in and I am needing lights on the way to work as well as the way back.

spotted my first snowman of the season, cheating slightly I know but could not resist it. It is part of Bale art week run by young farmers in Scotland. This one popped up at the roundabout near the hospital so could not resist a quick picture. 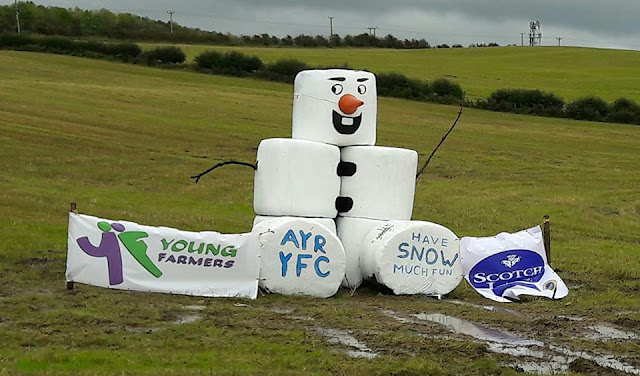 Decided as is was dry when I dropped Bob off at gymnastics I decided to go for a walk. Was going to do a short circuit that I have walked before when geocaching up a local country estate, but I got approx half way along and there were people felling trees and they had the rest of the walk closed off to the public. So walked back the way I walked up. 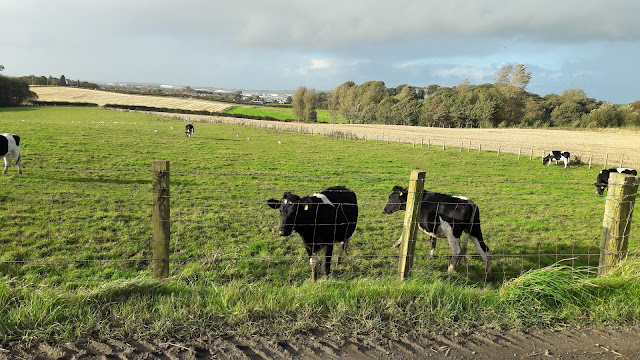 This is what we bought with the vouchers last week. The one in our car is the original one that came with our twelve year old car and it leaves a lot to be desired. I was also looking at something that will answer my phone when I am driving, save me ignoring it. Family have their own tunes so if one of them phones I will pull in when possible and phone them back in case it is something urgent. No CD player or DAB on it but a radio that sounds better than the last one did.
Had fun with it on Friday, somehow managed to change it to Turkish instead of English, had to google how to change it back and then take the laptop out to the car to follow through the complex stages, so I have no idea how I managed to change it in the first place.

Walked down to the shop and bought the Woman's Own that we are in this week. The photographer was here for approx ninety mins, took probably five hundred pictures, and used two of them. 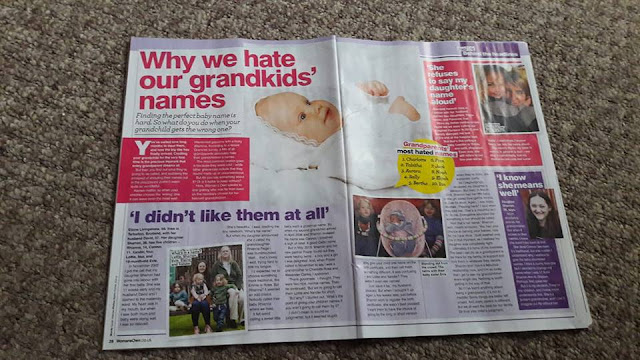 DD1 phoned to say she could not get a doctors appointment for Spud and she was not happy with her breathing so wanted to take her to A&E to get checked out. So she dropped off the other three here save trailing them with her, I was busy catching up with housework and defrosting the two freezers at the time so I plonked them in front of the tv until I was finished. We then read books and played games. I was very surprised at just how much better they were at playing their Old McDonald Lotto game by Orchard Toys than the last time. They were happy to take in it in turns, putting back the one that did not go and their board and waiting for their turn to wait for their turn again to pick up the one they now knew fitted on their board. 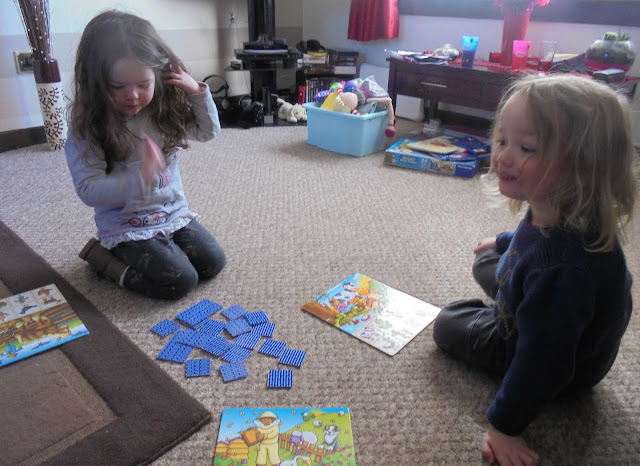 Made this quilt for DD1's friend who had a baby in September. Had made an owl themed one for their other daughters first birthday in July. The bedroom is owl themed so this was my criteria,plus I was to add her name, the rest was up to me. 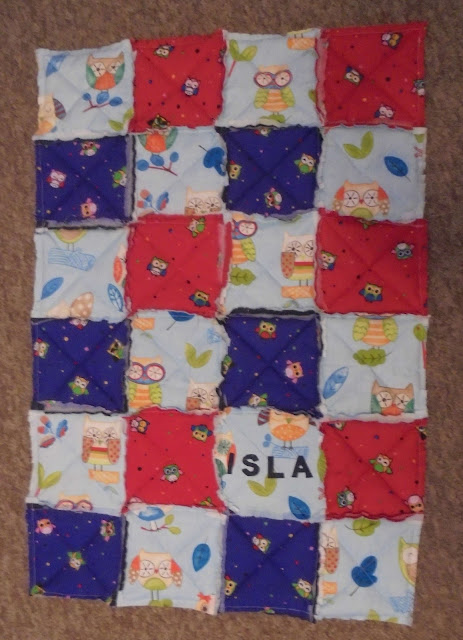 Did some sugar free baking, then added "butter" icing to it, so no longer sugar free but yummy all the same. Only made the one sandwich tin and cut it in half and creamed it. Not the picture I had in mind to share today but it looked crap by electric light and I was not actually home in day light sos did not work. 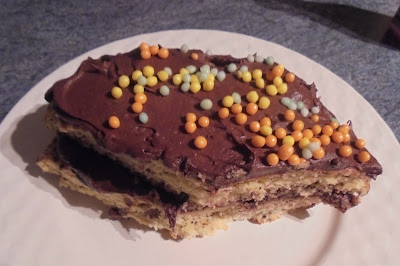