Bored with being stuck in the house, there is no where to go in the  village so we decided to take a drive into Ayr and go for a walk along the river. It was very cold but still frosty and was a very pretty walk, We crossed the river to walk on the sunny side as it was chilly in the shade. Bought a couple of cards I needed and one small present. Then walked back to the car. It felt good to be out.
The snow on Arran is visible through the gap in the buildings. 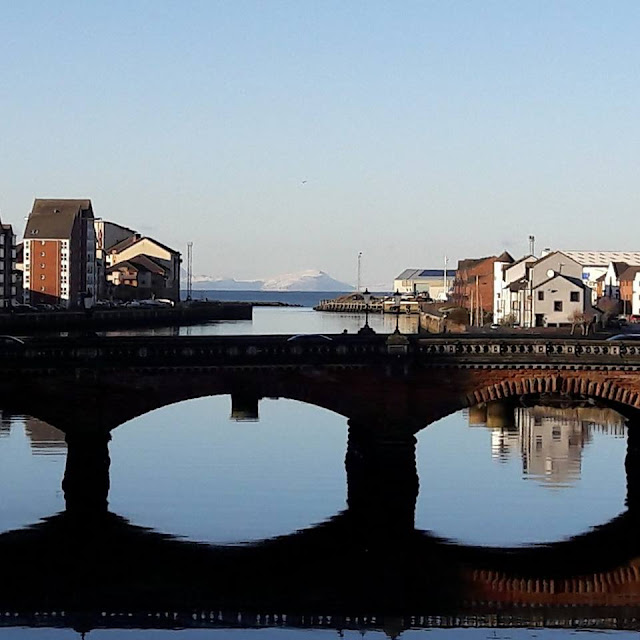 Carrying on with my charity collections and placed my box in the complex I do relief holiday cleaning in. Sadly I  missed out on the two weeks in November as I was not fit enough to do it, but I was told I was missed and was asked if I was doing a collection this year so I agreed to. 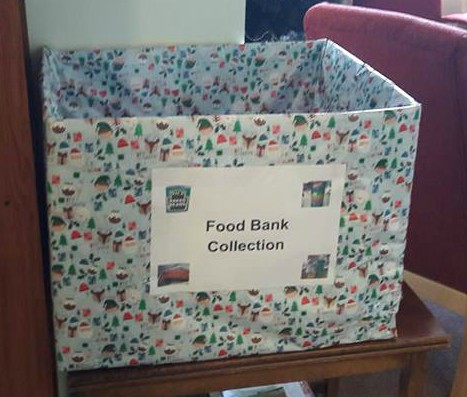 Another massive pile of toys handed to me today. It is great when people have a clear out that can help out other people, This is just some of the bigger ones. I have washed all the soft toys ready to go and put new batteries in all the battery operated toys. 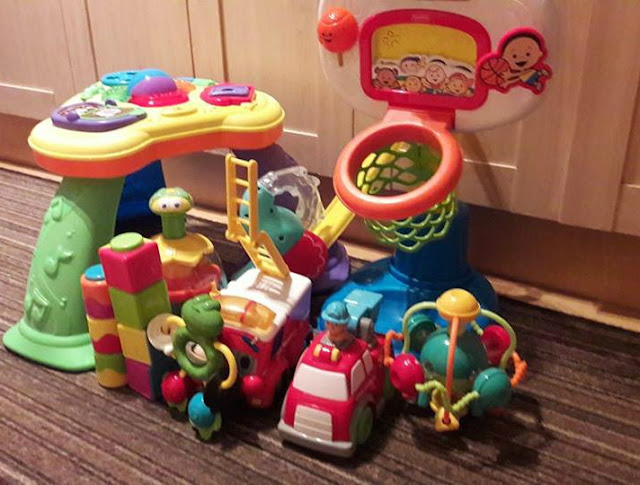 Needed to hand in forms for our Christmas dinner volunteering and we needed a Christmas jumper for hubby to wear when we do the Christmas Day lunch. But we could not get what we wanted so rather than not have one for Christmas Day we found this for him. 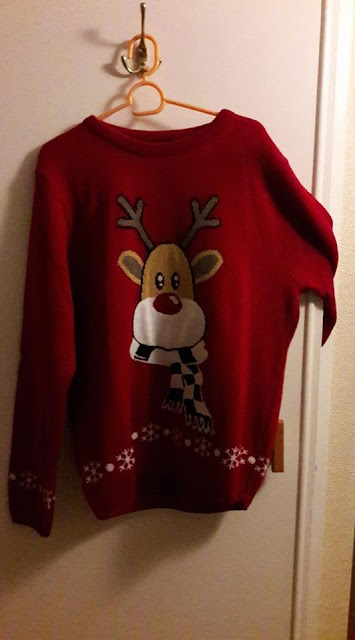 I had a doll in with the toys I  have been given so I decided to make a sleeping bag for her. 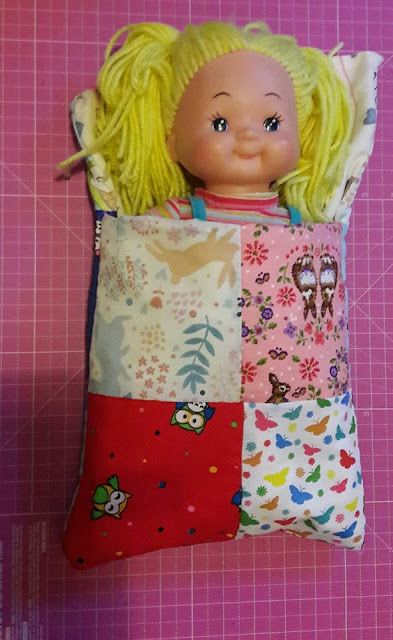 The local bowling club was having a prize bingo night. We like to support a local cause so hubby, DD1, Fifi and Bob went along. Hubby shouted house on game two, but so did two others and we lost out on the draw, so got a free drink at the bar instead. DD1 won on game 4, a large box of shortbread and a £30 argos voucher. One of the other woman sat on our table won another game and a raffle prize. 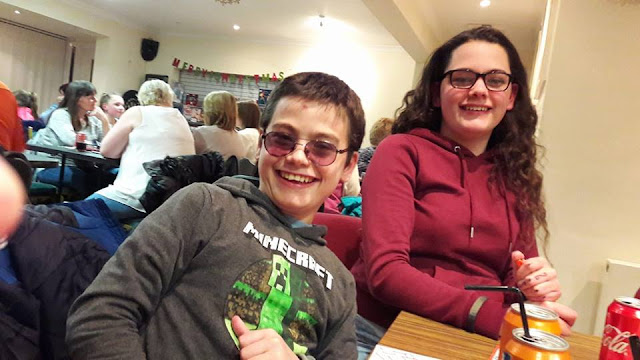 I won with somebody else on the flyer, the last game of bingo last night. A nice end to the evening. £75 of argos vouchers. 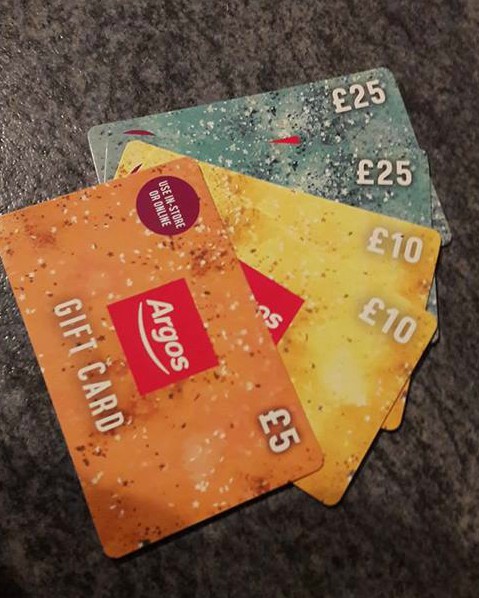 Rather disappointed that despite contacting a charity who were very willing to take the toys I was collected, when I contacted them again on Thursday to ask when was the bet time to drop them off they told me they did not want them. What is it with charities these days that they do not want them? Will hold onto them all until after Christmas and then re-offer them to Woman's aid, they hopefully will have room for them then.