A short sentence for those coming across my blog for the first time through this project. The Grandchildren are Fifi (15) Bob (11) Minky and Dinky ( boy/girl twins of 4) and Spud (21months) they all belong to DD1 and live just round the corner. Ziggy is DD2's only child and is 16 months, they live approx 2 hrs away in Oban. DD3 does not have any children, the two sons ( and the seventh grandchild)  choose not to appear on the blog.


Well here we go again, will I complete another year?...only time will tell. Toyed with the idea of stopping blogging last year as really my blog is boring, but decided to carry on and see if I can be bothered to make something more of it than just 365. My blog will be seven in April, so going to keep it going until then but after that who knows. Started putting out feelers for prizes to run some giveaway for my anniversary.

Have given myself a shake this week, got to the stage with not working I am in a rut of " I will do it later" and later never comes. So feel better for having been out for a few walks, tidied some cupboards and spent some time in the kitchen making decent food, cold cooked pasta with oven cooked veg ,pots of soup and a few sugar free cakes

Also done some cross stitching and quilting, need to be pushing the arm to see how it goes as I so want to go back to work when my sick line runs out in two weeks. Hoping I can book in some of my holidays that need using up before the end of March and should be able to get one day every weekend off to ease myself back in slower.

We went down to Irvine to watch the New Year Big Dip. Very brave people indeed, I was cold stood watching. Here is a collage of the people in the sea. Link to my first blog post of the year here if you want a read. 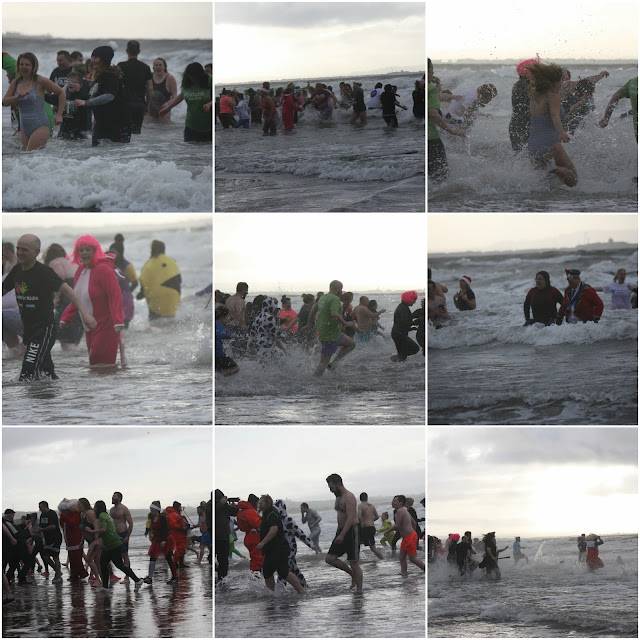 My baking cupboard has grated on one to many nerves in the last week. So today I bought come cheap baskets in the sale in Sainsbury, good old Nectar points, with the intention of sorting it. Hubby decided to put in an extra shelf for me, so I pulled it all out so he could get a shelf in and I knew it would then have to get done. I have tried plastic tubs for ingredients in the past but I get lazy and just leave the stuff in bags.
Think I will need to look in Argos to see if they have a two step stool so I can reach up there, may as well use my vouchers. Need one for the stuff stored on top of the cupboards anyway so wont go amiss.
Hubby also sorted out the pen drawer as every time I go for a pen they never work, so all the pans sorted and the none working ones thrown away. 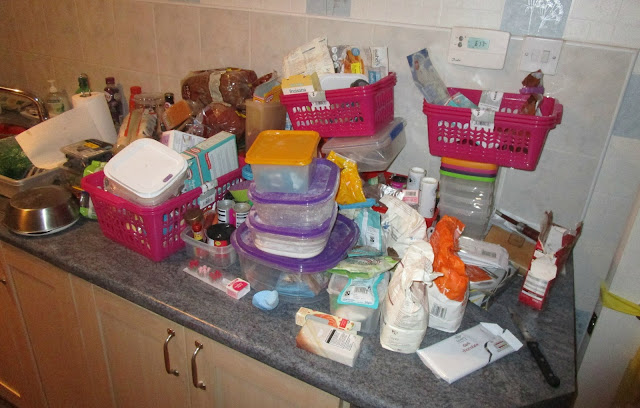 Got up just after 6 when I woke cos the mess had been left as was busy doing other things last night, and I wanted it sorted, took me just over two hours but it all got put away. I also had enough baskets left so sorted the rice/pasta/tea/coffee as well. Also made a pot of soup and cooked pasta to go with the roast vegetables from last night, not bad before 9am.

DD1 had phoned to see if I fancied going out with them, but was too wet for the hassle of loading them into the car and driving somewhere with them. So we just took a wander along the back road. Poor Spud ended up soaked and freezing and poor wee soul cried most of the way home. You can read our walk post here. Not much of a post but enough to be memories for them when they get older. 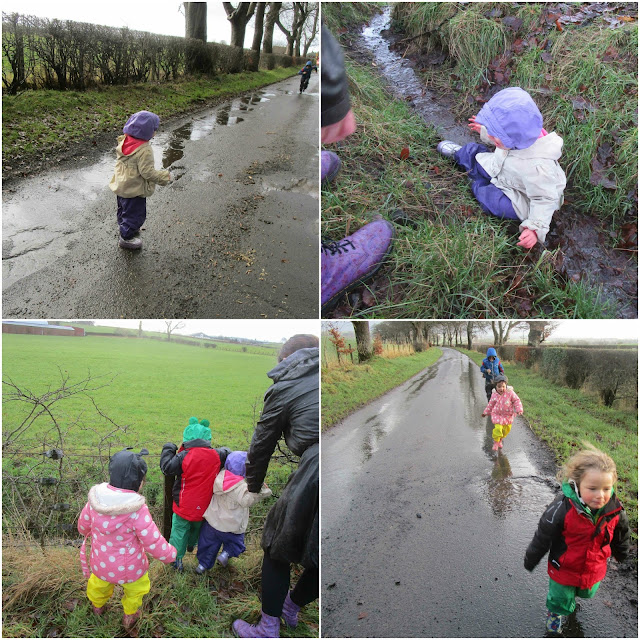 Made a blanket for Spud's dolls pram that I was planning on making for her Christmas but could not manage. This is part of pushing my arm to see how it goes. Have halved my pain killers again this week though still taking the two tablets every night for the nerve pain. Just need to add her name to the bottom.

It has a padded back. 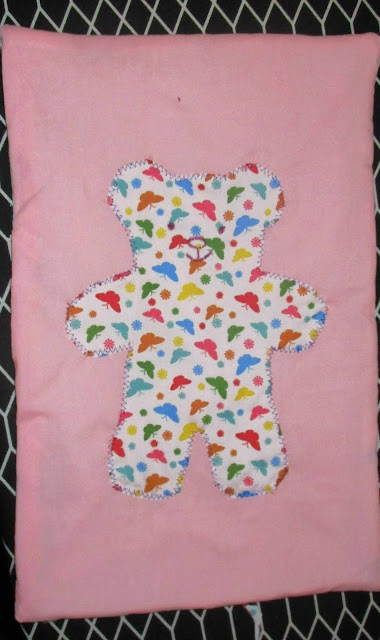 We change the smoke alarm batteries every new year, so today they were changed. That is them until next January. 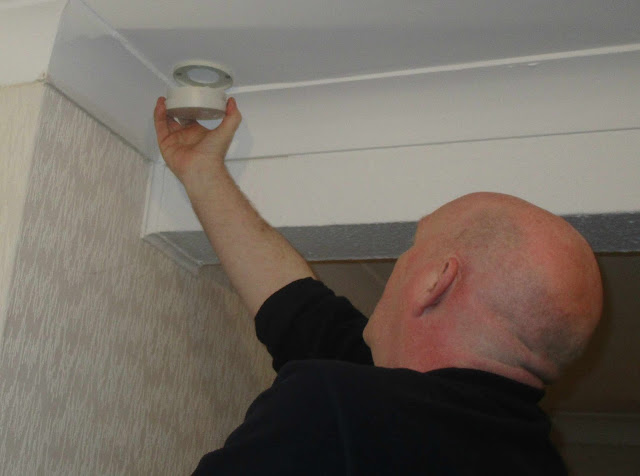 Hubby has been wanting to move the small shed from the top of the garden down to the bottom since we moved in, but we needed to buy the other shed to store the contents in until it could be done, so having got the new shed up and organised he decided today was the day to make a start. Luckily enough the neighbour helped with this.
Went for a walk along the river in the afternoon, cold but sunny. 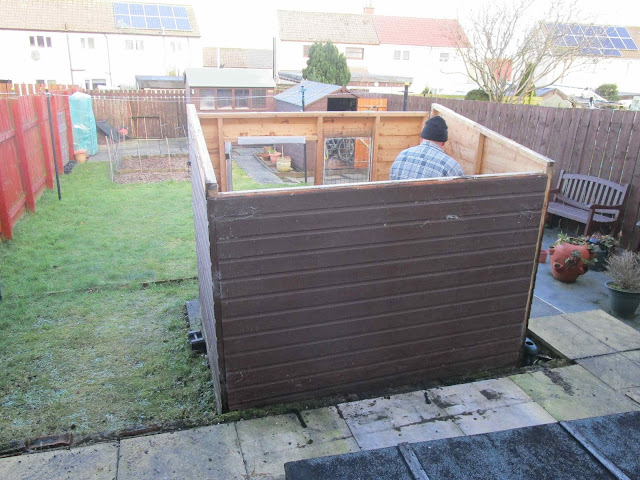