Got offered another prize for a giveaway after last weeks post.  Think including the ones I am supplying prizes for I am now up to eleven giveaways. I will run them every second/third day over the month of April. Started writing up the posts as much as I can now, will be running them all as Gleam giveaways.
Also filled in a job application form this week, first one in about fifteen years. It is an internal post that is half an hour longer than mine but doing the same thing. I sit around between shifts anyway so makes sense as this way I will have a ninety minute gap between shifts not two hours as I currently have.If I get an interview - great, if I get offered the job - brilliant and if I don't then hey ho I am no worse off than I am currently.

A full day at work with some cross stitching while listening to an audio book in my break. Went to sit down for my tea. Daft dog was under the impression if she turned her head away I would not see her. Well it did not work so into her bed while we ate as is expected of her. 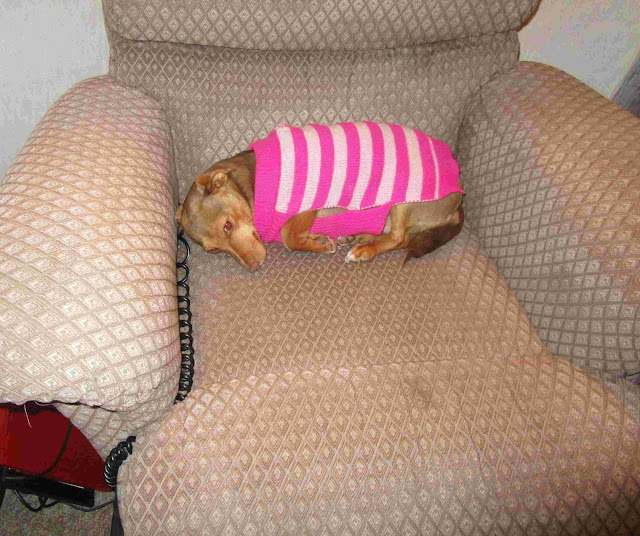 Dixie managed a bowel movement today. So that should help with her discomfort. The low grade moaning when we stroke her has gone as has the ear scratching that she had been doing, and the slight swelling of her top lip had gone down. Guess her teeth were bothering her to some extent. Still doing the odd cough but nothing major.
Dropped Bob at gymnastics and went for a walk round Auchincruive with dog and hubby. 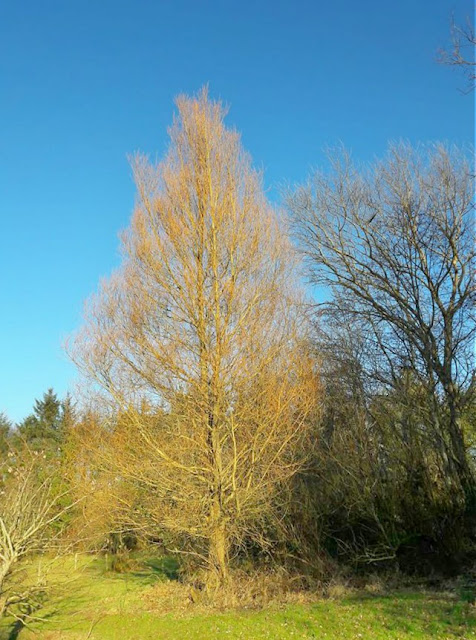 Was a beautiful afternoon so we decided to go for a walk, managed three miles along the river near Coylton. Dixie dog just does her normal plod plod. 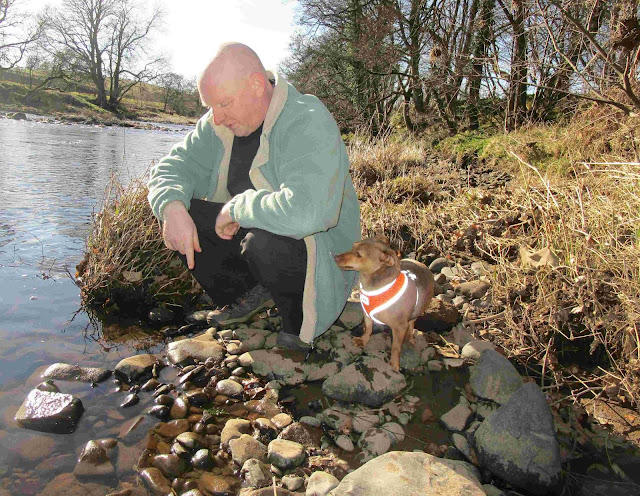 Dixie still has a bunch of strange symptoms, but her not wanting to eat is the one concerning me most. So I took a list of symptoms and took a visit to the vet. The vet thinks she is having a phantom pregnancy, fits with the symptoms we presented her with and the vet says she has fluid in her teats. All she wants to do is snuggle. 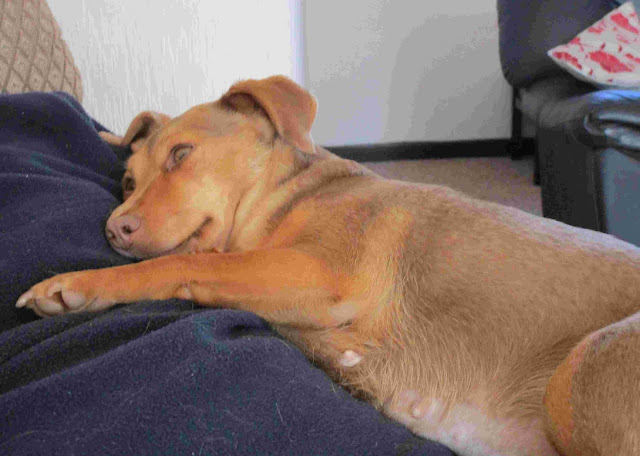 Bob was back to the hospital in Glasgow to start on his new meds. He was suppose to be part of a trial but as he is on steroids he does not qualify to take part in the trial but will still get the meds regardless. Three hours wasted to find that out and now he needs an out patient appointment and to start all over again with blood teats.

So I had the three wee ones while she took him. We went to the park to play, then into the library to read some books and play with the Lego bricks before going home for lunch. Put Spud upstairs for a sleep and played a few games with the twins and then let them have their tablets for half an hour. 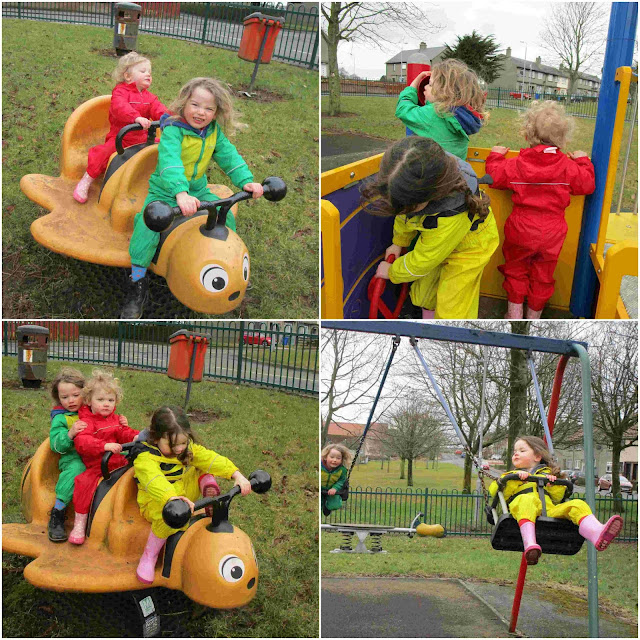 When I had had Dinky yesterday she had had a small mark on her knee and had said a few times her knee was sore. Time tea was over the lump had gone from peas size to sprout size so her mum decided to take her to A&E last night. The xrayed it and could not see anything broken and the mark did not show on the xrays. 5 hrs later and despite the xray passed to various people they still had no clue as to what had caused it. She did not seem to be showing signs of an infection at all. They said they would have a meeting in the morning. I was on stand by in case they wanted her in but  they phoned back to daughter this morning to say to bring her in tomorrow, The idea is full blood tests, an MRI and a biopsy of the lump.
I popped in to see them on my way home and she was under a blanket on the couch with a dummy. The kids are not allowed to bring their dummies out of their beds but daughter had let her as she really was not well. Don;t think I have seen her with a dummy in her mouth for over 3 years. 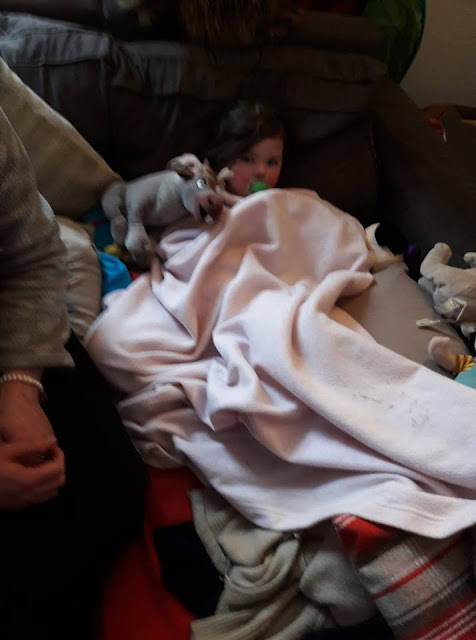 Still trying to clear my hands up. They seem to get just about better and then flare up again. So trying this to see if I can seal them and hope that will help. 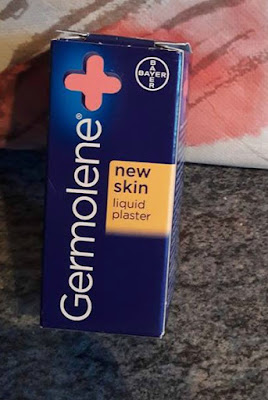