Four days of medical related stuff this week, if you include the vet as medical. Weather been nice and dry if rather cold.

Made plans to go for a McD's and a walk along the beach with a colleague in our 2 hr break. Well we did the McD's bit but rain stopped play for the other bit as L did not have a jacket with her. Have to say McD's was a mistake as a) they are right next to the Sunday Market and b) the shows were there so the queues were massive. 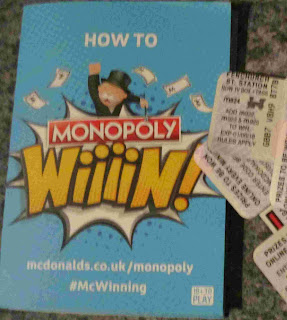 Took Bob to gymnastics and then took Dixie to get her stitches out, well stitch anyway as she had chewed the others But when we got there it was standing room only, so we went for a walk for an hour and a half and went back, still people in that had been waiting when we first went in. Everything is healing nicely. 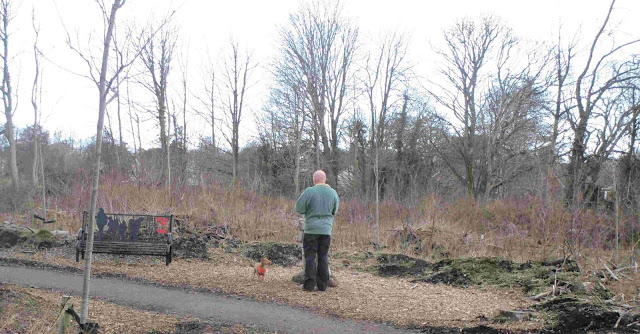 Hubby still has my cough from weeks ago and we are both fed up with him coughing half the night, so he went today and got a nasal spray and a cough bottle. I was watching a very large crane assemble a large crane. Was very interesting to watch. They are building a new super school opposite the GP surgery. 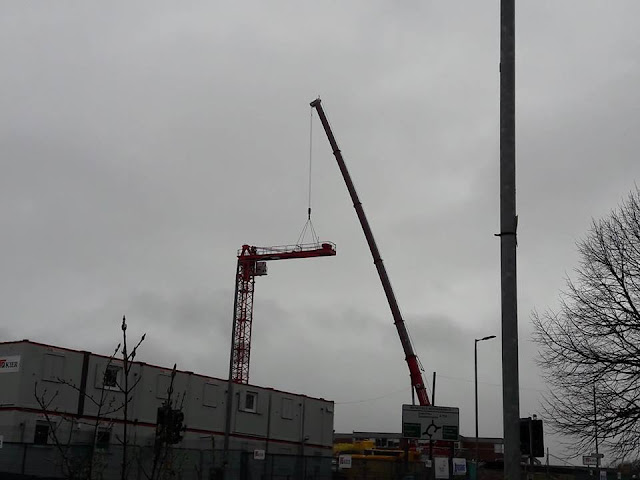 Hubby had his scan for his potential gall stones today. Have to say he has had no pain since the first episode. Had to take Bob with us as the twins were involved in a daffodil tea at Nursery and DD1 could not take him so I had agreed to have him. While hubby was in Bob and I took Dixie for a walk round the hospital walk.

Fifi came home from Cadets with Cadet of the month again. That is three times in the last year she has won it. This makes her Cadet of the year as well. Very proud of the young lady she has turned into. 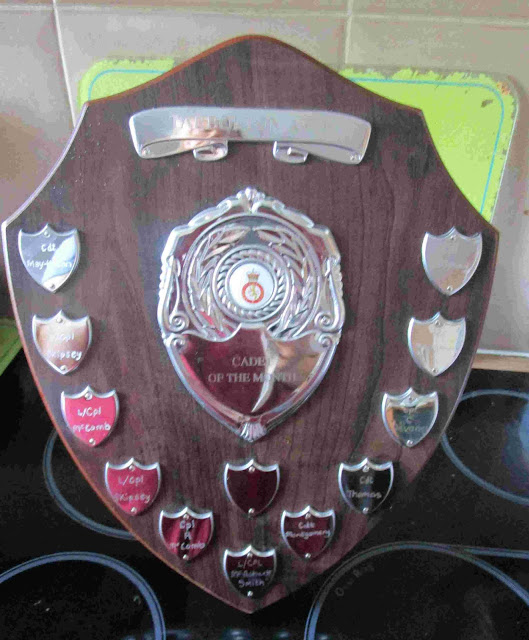 
Dinky was back to the hospital for the results of the tests and more if needed. They reckon it is a haematoma as nothing else came back showing anything else. So I had the other three, and was down there for 1/4 past 8,  while her mum took her. We went to the park but did not stay long as it was FREEZING. Have to say it is an awful lot easier with two, especially as Spud goes when Minky goes. 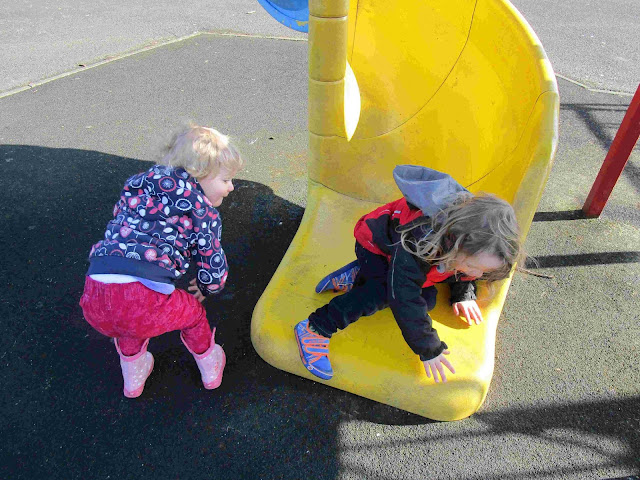 After daughter got back as I was needing to do some shopping we headed to Irvine beach park. Dixie had a fab time, never seen her so lively and interested in her walk as she was today. So we had an hours walk, I did some shopping, we had a McD's and then another 45 minute walk. The McD's was to encourage my laziness and to save me making tea when we got home,

Meeting up with a friend today. She is feeling a but fed up and looking for things to do as she is stuck in the house. So I have put together a small package of bits and pieces to cheer her up and help her keep herself busy. She bought herself a sewing machine so I took her some material to play with as well as some stuff for other crafts. ps I did fold it all and put it neatly into a bag for her. 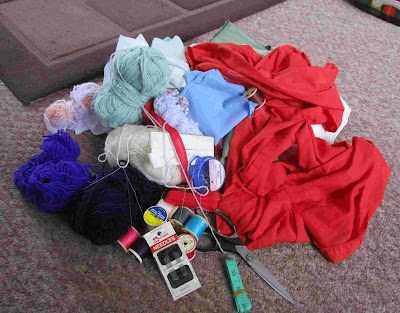 Got a free pedometer from The Active Travel Hub last week, well got two one for hubby as well, Been messing with it to get it accurately picking up as it does not pick up if you stick in in a trouser pocket. Worked fine at the weekend with 30.000 steps over two days at work as it sits upright in a tiny pocket in my uniform pocket,  It did not stay attached if I clip it onto my waistband so I made a couple of little pockets for it to attach to trousers I am wearing so its stay upright.

They offer organised walks and cycle rides, including ladies only, but most of them are in my working hours. 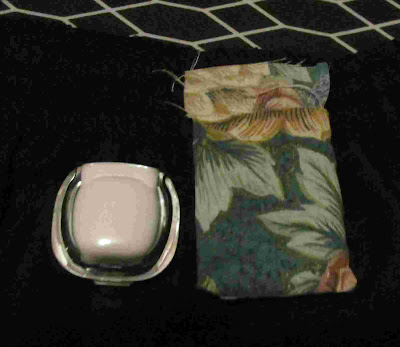