Another week of being waaaaaaayyyyyyy to hot. The tar was melting on the roads some days and this has seriously limited the amount of dog walking time. More than once this week I have not managed my 13,000 steps. Far to hot to be alive.

No over time so a walk after 9 tonight. Sadly at 9 the midges are out. It might not look elegant but it is effective. 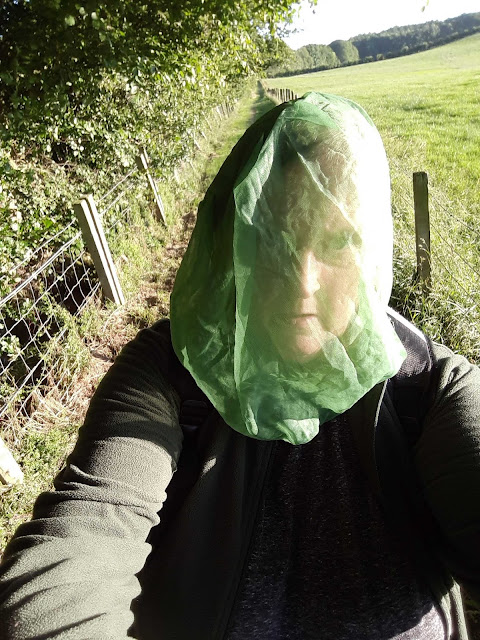 On standby to pick the children up from nursery as Bob had another appointment but daughter back in time. The last Monday run to gymnastics as he has been moved up a level so will be a Friday for 90 mins instead of 60 on a Monday. Can't say as I relish the idea for another year or two doing this but he enjoys it and it gets him out in amongst people his own age so I don't want to say no.

I parked in the shade, left all the windows open, sat in the car and did some cross stitching and listened to my audio book. 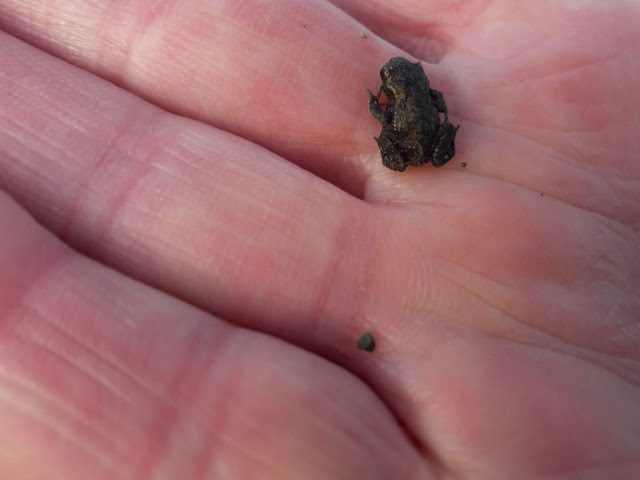 Picking up the twins as today's hospital appointment for Bob was in Glasgow. These appointments are tedious for everybody but what a difference the medication is making to his skin. Sadly they have other side affects and make him tired and nauseous but very worth while.


A walk down the woods to see how well the community payback have been doing, they have made a massive difference since we were last down.
This has been placed in honour of Ian, aka Peem, who died suddenly last week. He is one of the main leaders in the cubs/scouts group ( to name but one of the things he did)  in the village and has been for years. He has made it possible for Bob to be fully integrated into the group including only having food safe for Bob to eat when he is at Scout camp. Everybody eats what he can eat and nobody is allowed to bring food that may present him with a danger. I think that is an amazing undertaking. he will be sadly missed in the village. 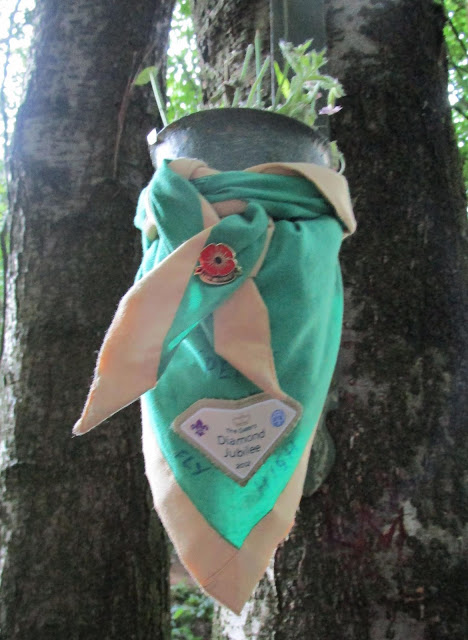 Took the car into the garage, when I picked it back up just before 6 it was 55oC inside it, and still we are reading of people leaving their dogs in cars.

Had Bob for a few hrs in the morning while DD1 went to the twins nursery leaving concert.

Went and did a supermarket shopping and stopped at the chip shop on the way home, had no notion to cook anything.

Another walk round the fishery just after 9 again.


Spotted this parked up and it made me laugh, so sharing it to cheer you up. 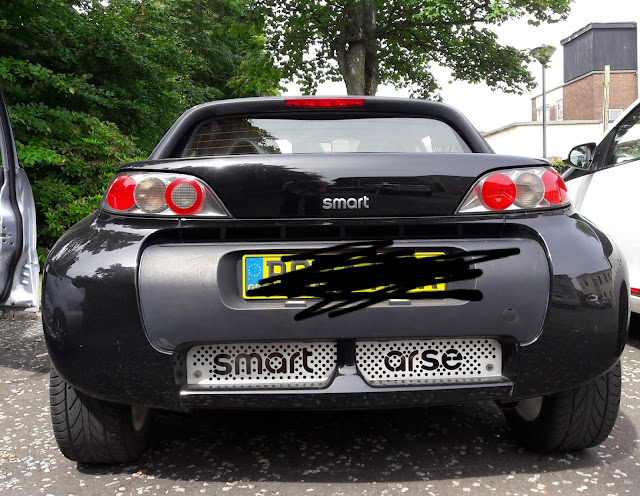 Away to look at spending a large ( well for us anyway) amount of money. Hopefully all will come together nicely next week. Babysitting Bob and Spud this evening as DD1 and SIL1 were watching the dancing show. Fifi was roped into helping behind stage with changing outfits on the young children.

Was lovely to spend some one on one time with Spud, she is so much calmer without the influence of Minky and we had a great time  playing games, drawing, singing songs and generally having a good time. Bob volunteered to read her bedtime stories and put her to bed.

Bob and I had a conversation about the funeral tomorrow and he said he was not looking forward to it, he did not really want to go but he knew that going was the right thing to do. So he did himself proud by going along. 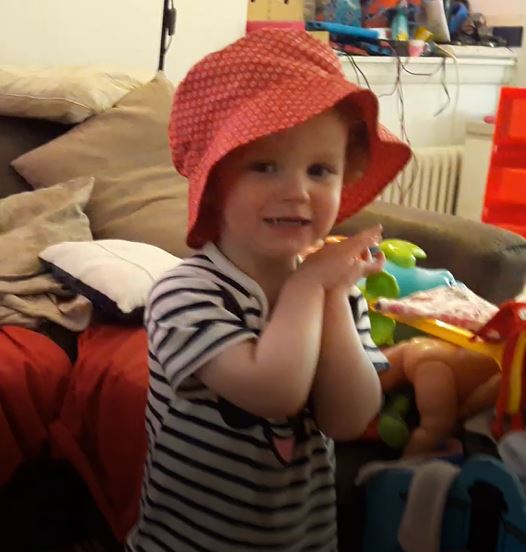 One of the joys of late evening walks is the sunset. 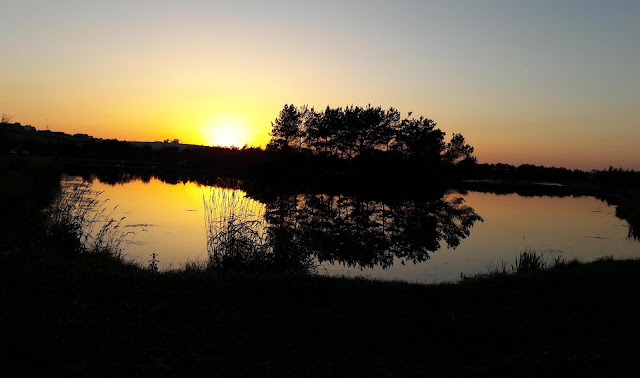 The lily has been brought round to the front of the house and put in the driveway while it flowers. 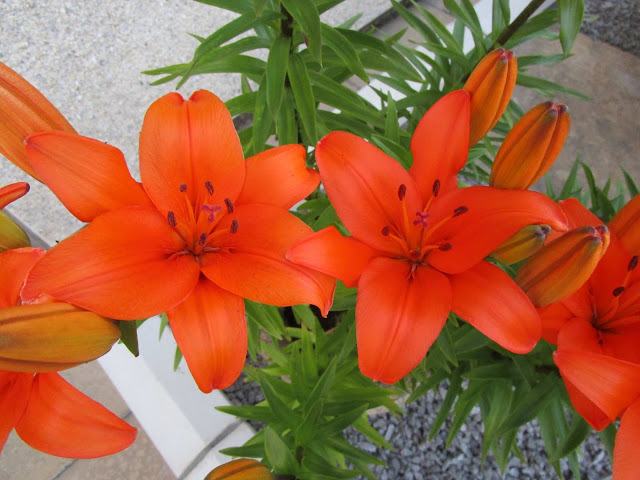 and today I have an extra picture for you, please meet grandchild No8, a little brother/sister for Ziggy. No blog name yet. He/she is due January 6th. . 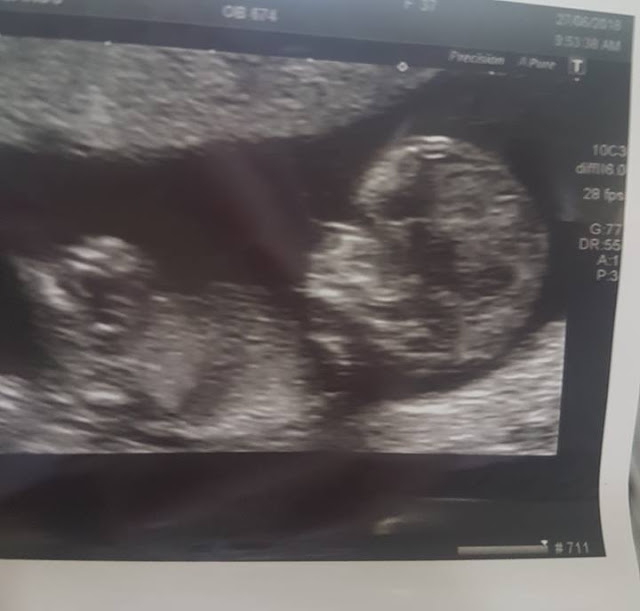