Having been away for a holiday I was not wanting to commit to having to blog while away, or comment for that matter and so I decided to put a halt to blog posts until I got back. So here you have my three weeks in one.

I have done another post on a week with Ziggy and Dixie dog's holiday  feel free and have a read if you wish too.

No overtime today so an evening walk round the fishery. The coots were off of the eggs so we got a good look at them. 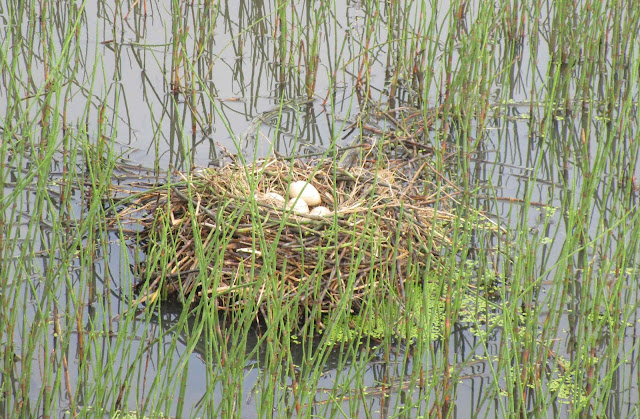 Picked the twins up from nursery as DD1 was a way to Glasgow hospital again with Bob. Just made it in time as took longer in the supermarket than I should have. Spud now has the chicken pox's.

Took Bob to gymnastics and walked dog round Auchincruive and then another walk round the fishery later. 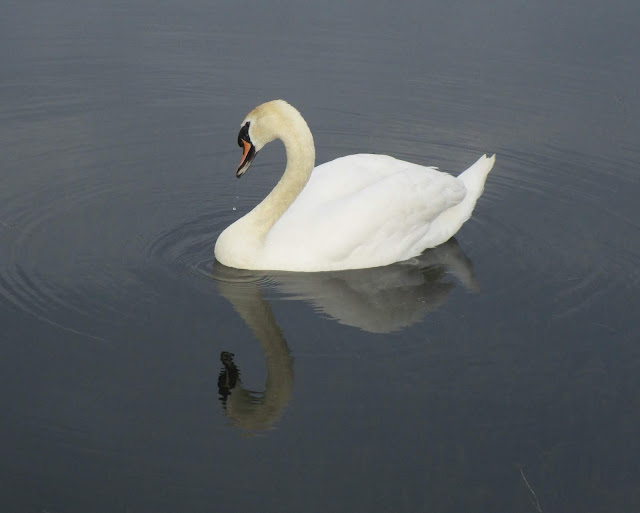 Was suppose to be picking up both the twins from nursery but Dinky was sent home unwell, so just picked up Minky.
Here he is running around in circles on the grass. 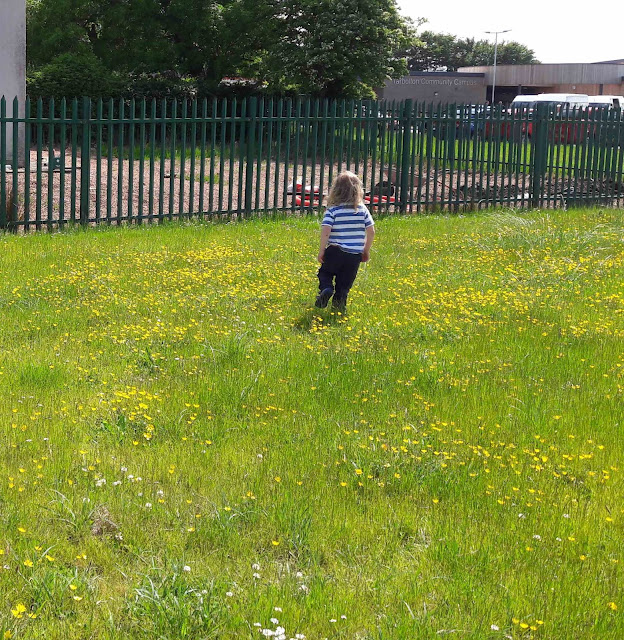 Headed north to Oban for a holiday with DD2, SIL2 and Ziggy. Stopped at Loch Lomond to use the toilets and let the dog out.

We had a lovely morning out. Were going to go across to Kerrera on the ferry but timed it badly and would have had to wait for approx an hour to get across so headed back to Ganavan beach. Was far to warm and so we headed home again and took the dog back out later on in the evening. 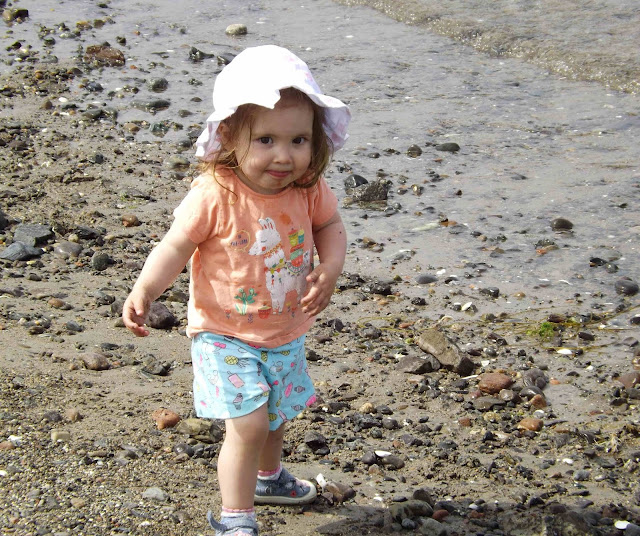 
Another hot day, some time in the garden and walks with the dog in the evening again. 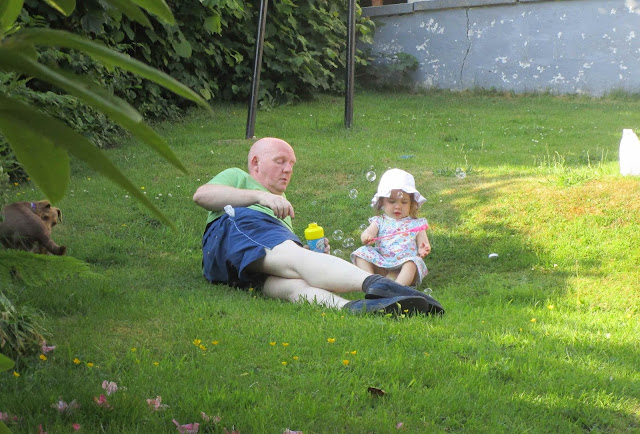 Walked down to the local Rockfield Centre to meet with Fee from one of each me and mine, took a photo of the lego bricks so as not to include any of the children in the picture. Amazing to think she moved from the same street in Bo'ness as I lived in back in the late 70's early 80's for four years.

Decided to head for some shaded woods to walk. Sadly the midgies are making my life hell and you can play dot to dot with the bites.

DD2 was away to a birthday party with SIL and Ziggy in the afternoon. 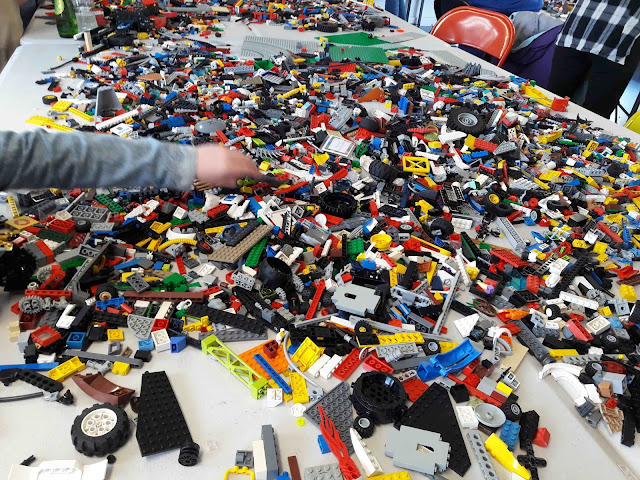 We all went for a walk to Appin to see Castle Stalker and walk the dogs along the cycle path. 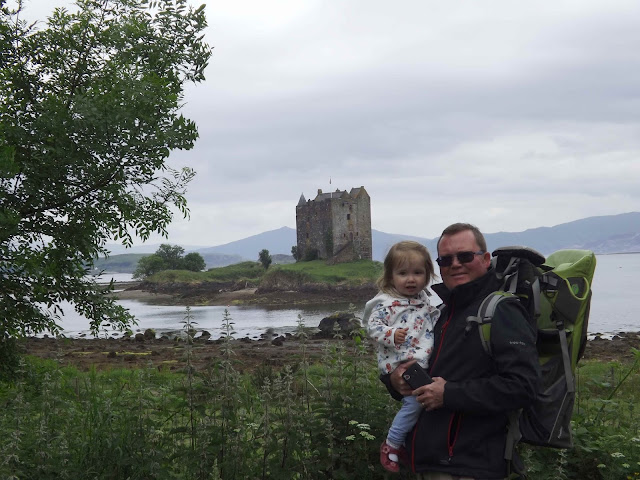 DD2 had an appointment so I took Ziggy to the park. 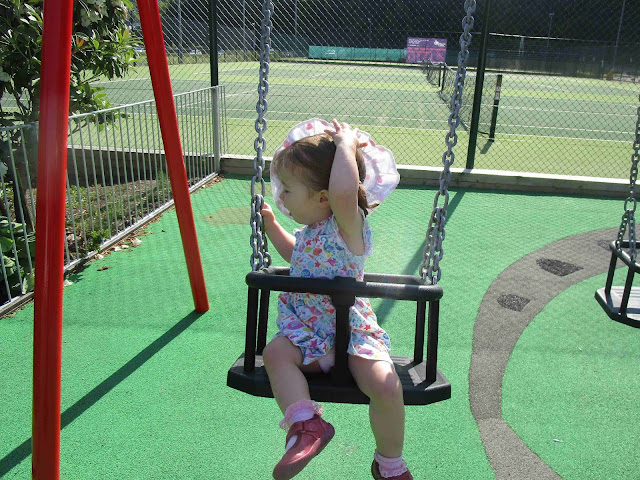 DD2 and I took Ziggy to the park and then was going to meet hubby for lunch at 'spoons, but he decided he wasn't coming so we went without him. It had cooled down a bit today and the wind was thankfuly a bit cooler. 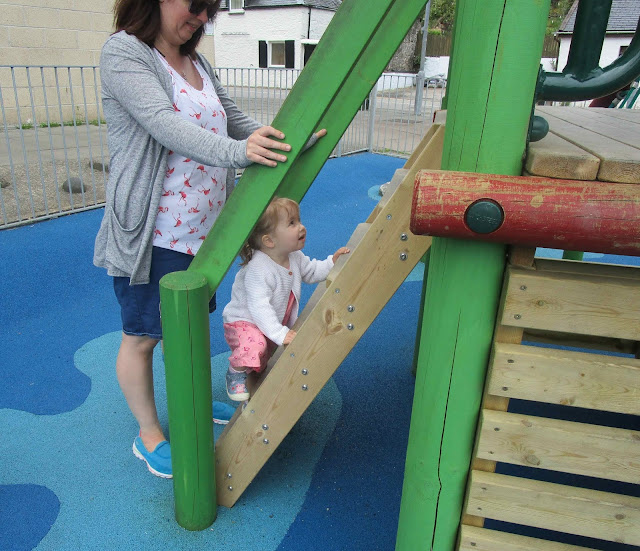 Had originally planned to come back home today but as it was their wedding anniversary I volunteered to babysit for them so they could go out for a meal. Ziggy was happy until bedtime but I could not get her to settle in bed so just brought her back down and let her fall asleep on my knee.

Hubby and I headed out with the dog to Dunstaffnage Castle again to walk her under the trees. We played piling up rocks down on the shore. Would not call it beach as such as no sand in the area just hundreds of beautiful rocks.

Had to take the dog to the vet as she had seven ticks on her, never had a dog get ticks before this. 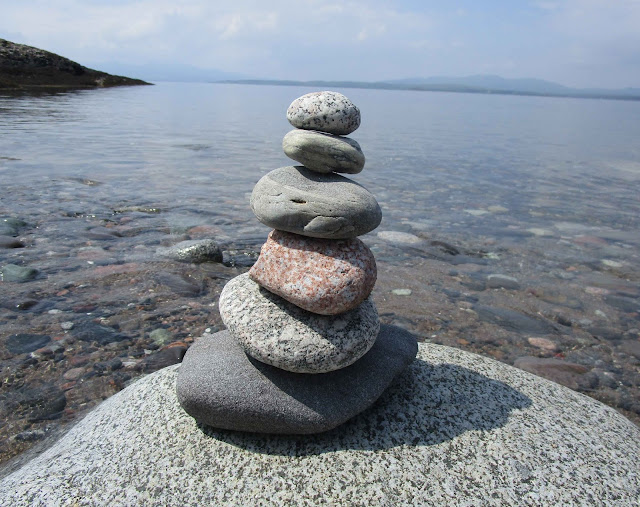 Headed home, Storm Hector was suppose to hit hard but luckily enough it was not as bad as they predicted. Some leaf and twig debris on the roads and we saw one overturned vehicle with nobody hurt.

Stopped for a McD's on the way home, here is Dixie getting the meat from her burger, I usually shove some chips in her roll and eat that bit myself - no point in wasting it. 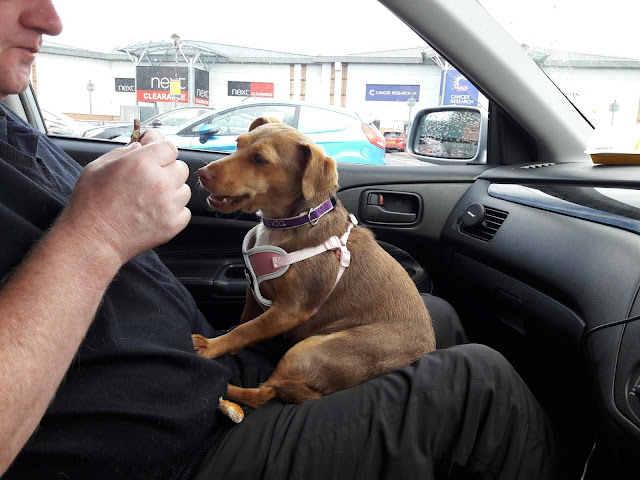 A walk round the woods and there are masses of leaves and twigs down as well as a few trees. This one is across the path at Auchincruive. 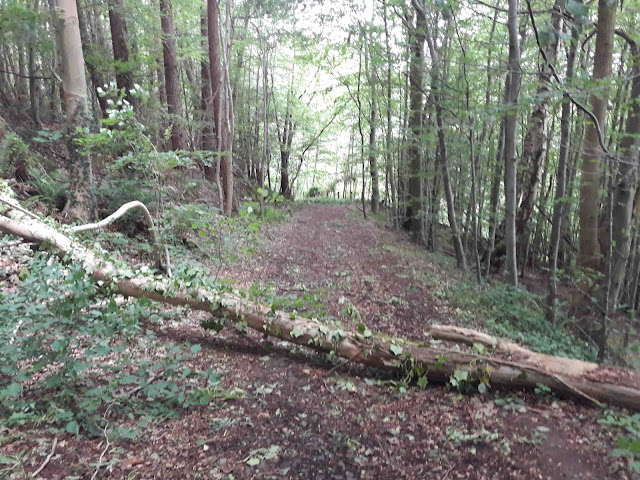 Still off work this weekend, took the two weekends together


to give us more flexibility as to when we went away and came back. Had a lazy day and did some cross stitching and made some chocolate cakes. I found a small snack bag of peanuts and cranberries so threw that in with some sultanas for added nutrition. Tasted better than they look. 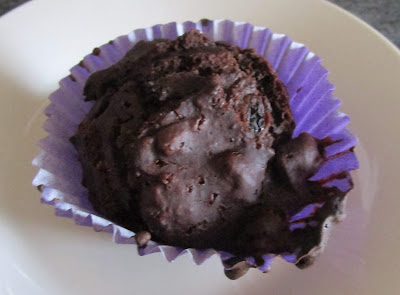 Took the dog a walk down to Irvine beach park and had a nosey round a charity car boot sale and bought a few bits and pieces.

DD3 took us out for a meal for Father's Day. This was his card. 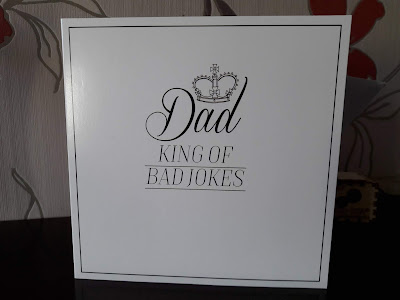 I was on standby to pick the twins up from nursery, Bob away to ophthalmology at Ayr but shock and horror she was in and out on time. A gymnastics run with a walk at Auchincruive and a walk round the streets after tea.

Loved this family of geese. 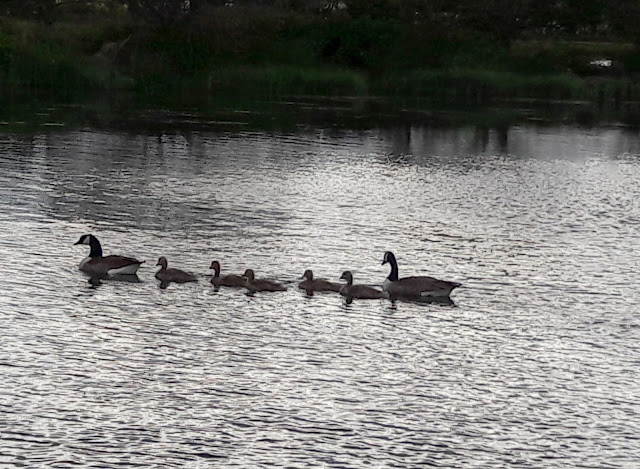 Bob was away for more blood tests at Glasgow again so picking up the twins from nursery.  Here they are running on the grass at the side again. Daughter is truly fed up with not just the amount of times she is having to drive to various hospitals but the cost of actually doing it. 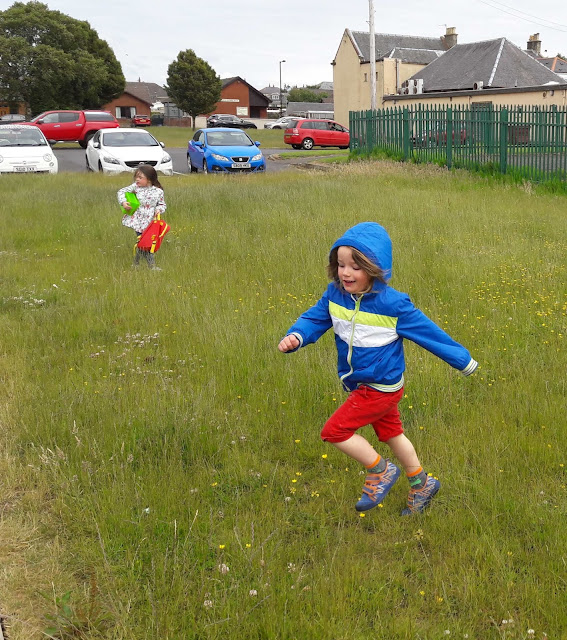 we went to restock the freezer with chicken and decided to walk along the river before hand. The water levels were scary high with the heavy overnight rain. 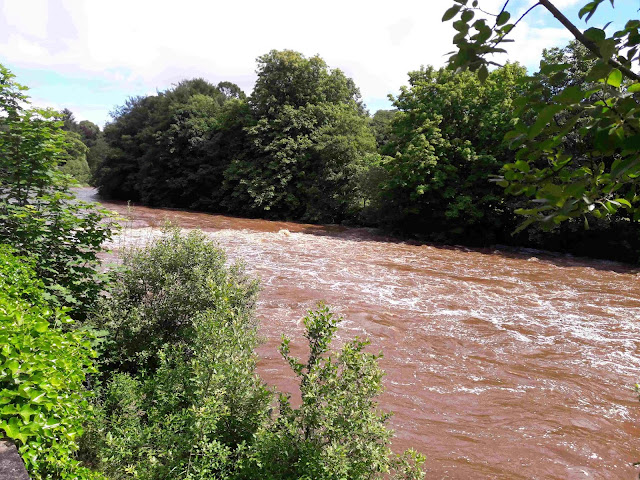 Went for a walk along the path at the back of Dundonald Castle to the reservoir, and then up to the castle and back down. A nice 4 mile walk. Was amazed at how many mushrooms were on this fallen tree. 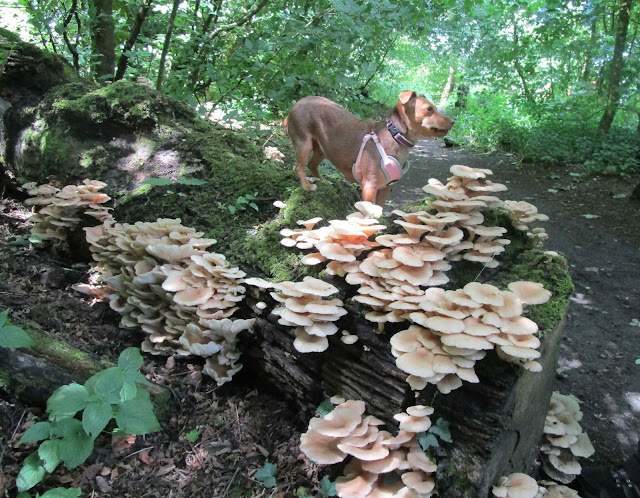 The wall was finished while we were away. Just needs a top coat now. The quote from the guy who built the wall was in our opinion to high so will get that done later on this year. We had no option with the wall it had to be done no matter how high the price was. 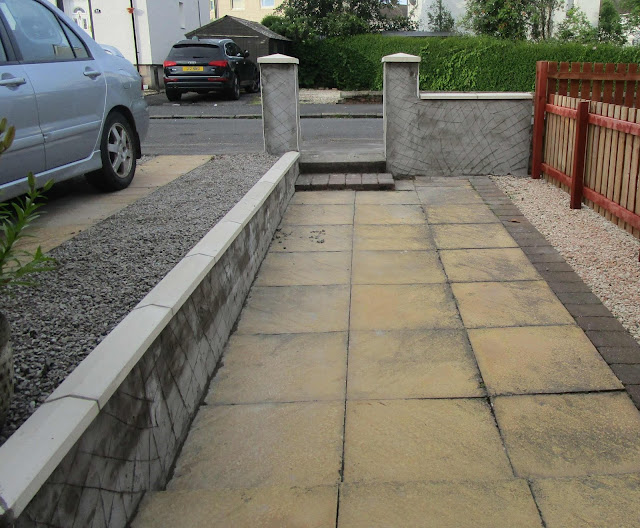 This weeks cross stitching. I Have got a rabbit nearly finished but I left that in Oban by mistake.  Have to say I really like this one, it looks good. A few babies due shortly and I may well make one with the birth details on for one of them. 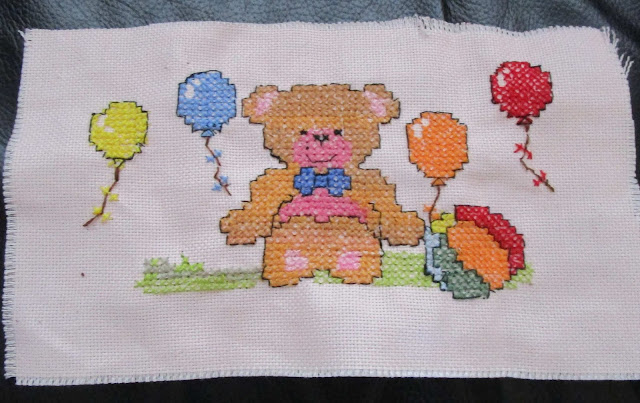