DD3 and I were joking on Facebook the other week along with DD1's MIL that she must be making up some of these hospital appointments just to get a break from the three wee ones and goes and sits in Costa, surely nobody has thirteen hospital appointments with one child in one month?
Anyway sadly she did so she tries to spread the babysitting out as best she can. Obviously it is much easier for me to get them from nursery and hold onto them for half an hour or less than for the other grandparents to drive across for that short amount of time.

So the other Wednesday when Bob was away at an appointment I held onto the three wee ones and we went to the park across the road.

We spent a lot of the day on the mushrooms. We were sat on them and driving them to Glasgow or to the supermarket. We had to remember to do our seat belts up before we drove away, I was the seat they sat on and my arms were the seat belts, and sadly Minky crashed a few times and fell off his seat as he did not do up his seat belt.....naughty naughty.....all good fun and produced a lot of laughs from the children and smiles from  people passing by. 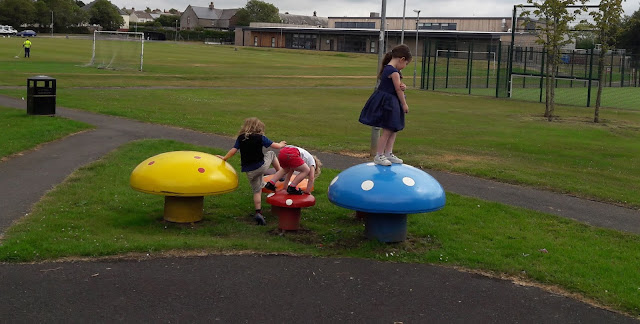 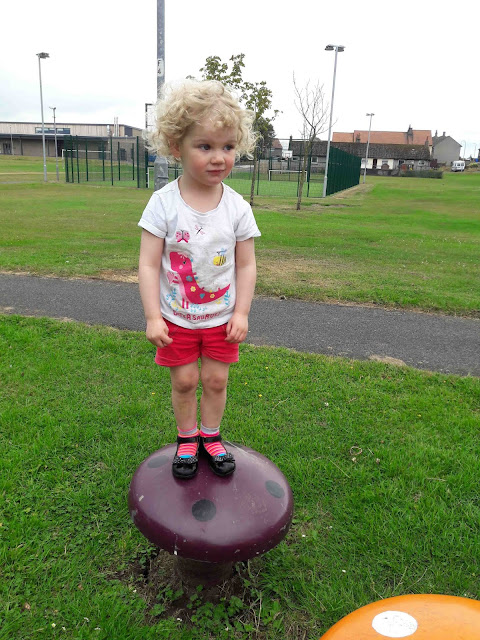 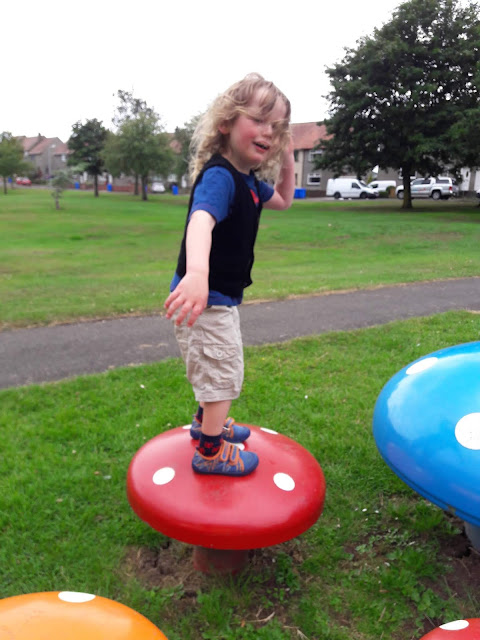 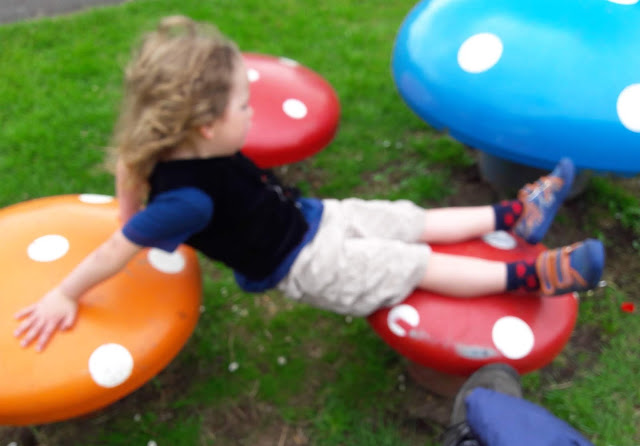 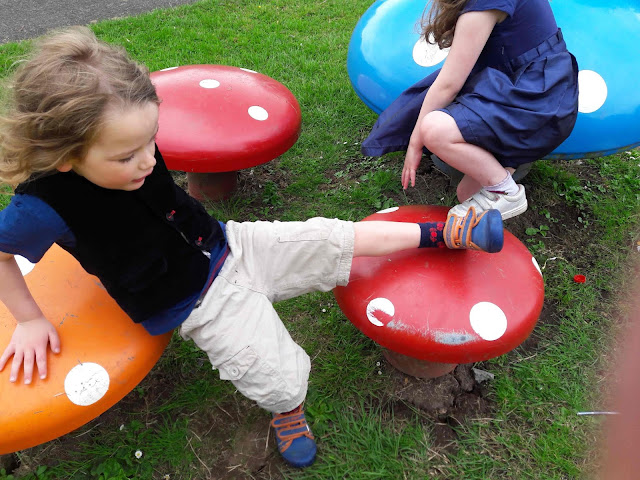 I have to say life is much easier now with them than it was a year ago. The gruesome twosome can move the swings and seesaw and such like by themselves now Minky goes off and manages very very well with the sip wire, being that bit bigger now he can do all of it by himself. 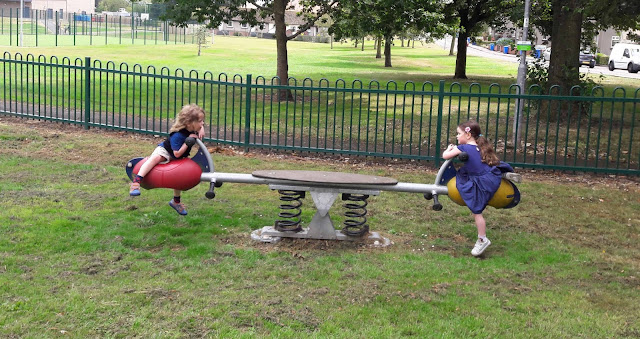 Spud still requires more watching on the higher pieces of equipment like the slide as she is still only two. 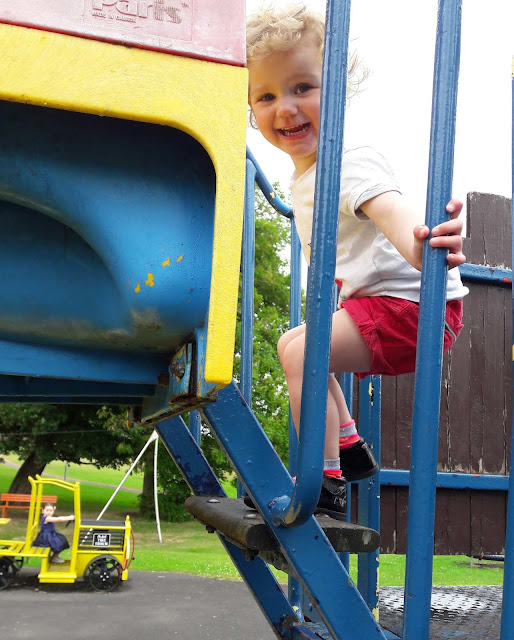 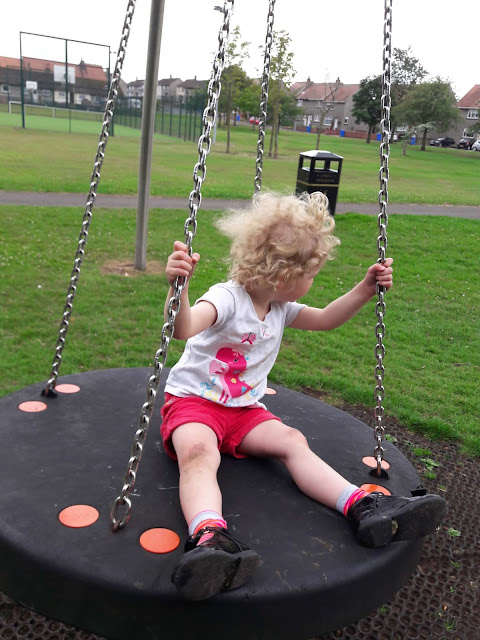 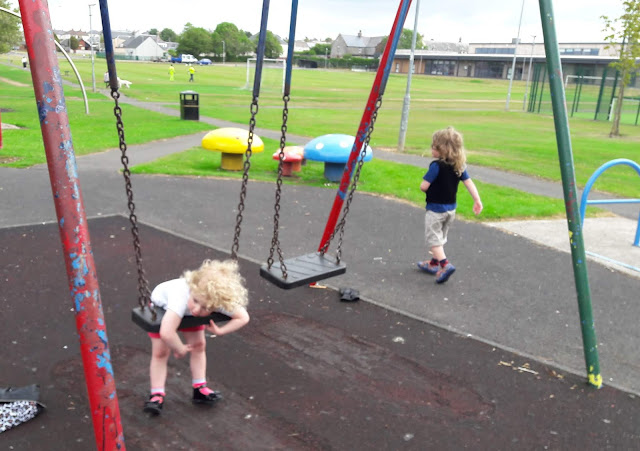 Thye were also having fun jumping across the mushrooms and dancing on top of them.


So we went home via the shop and got a sweet. a great afternoon was had by us all. Poor Spud did end up with sore knees as she tried to hold onto Minky's hand while they run, Minky just runs at his speed and she gets dragged over. Dinky is that bit more careful and tends to run at Spud's speed.

Then the following Wednesday DD1 had to go and speak to Bob's new specialist that he had seen last week without Bob so she could fill in on a lot of the background and Bob's early years. So I had the four of them. I decided as it was nice that I would get DD1 to drop us off at Rozelle Park as they have various children's activities running through the holidays and we decided to go and do some rock painting. 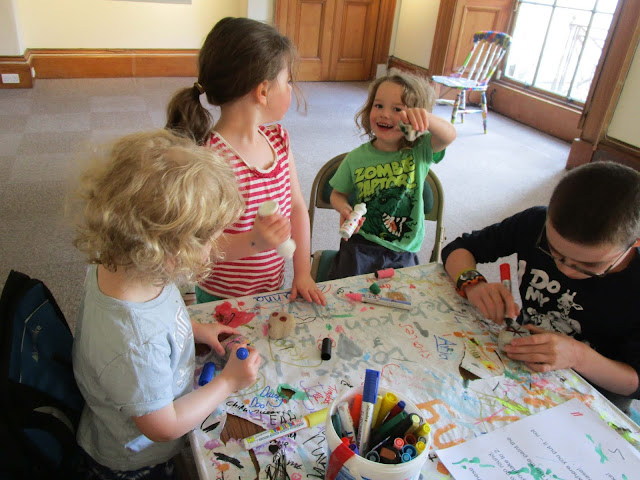 These were Bob's two 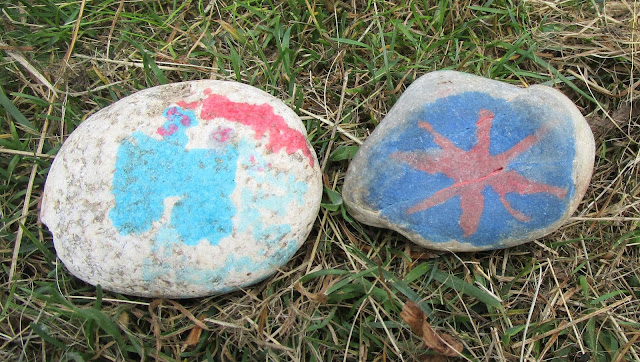 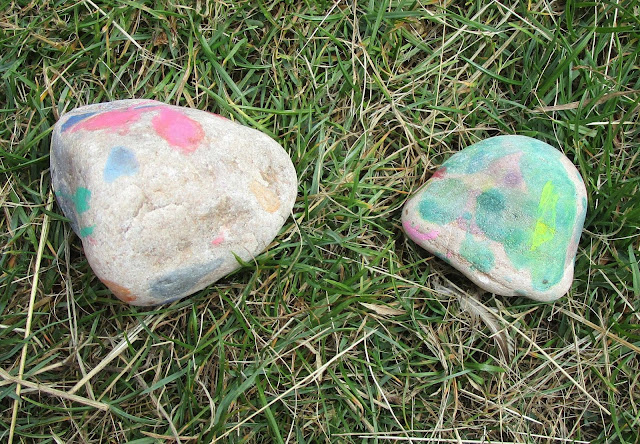 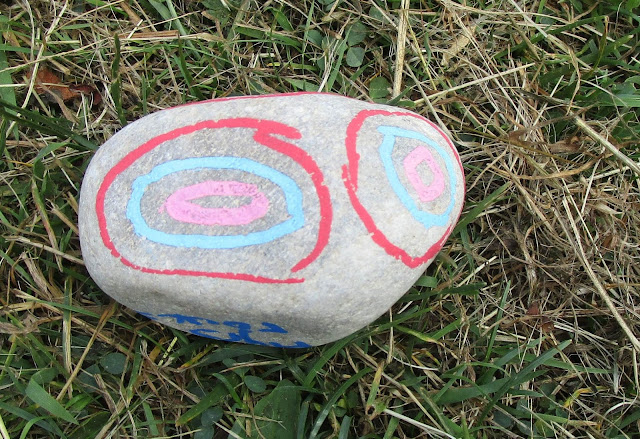 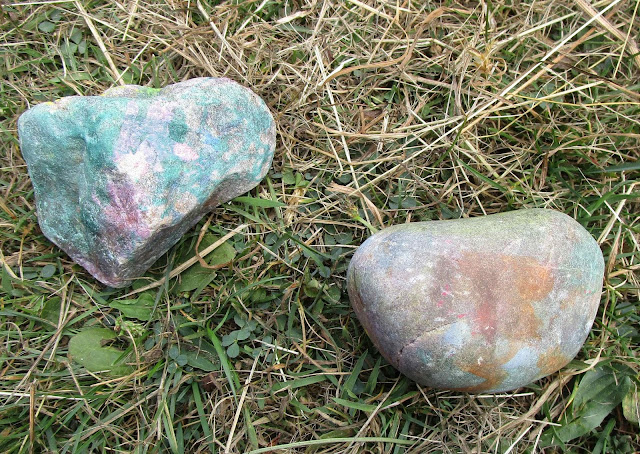 So while the rocks were drying we went for some outside fun and a picnic. 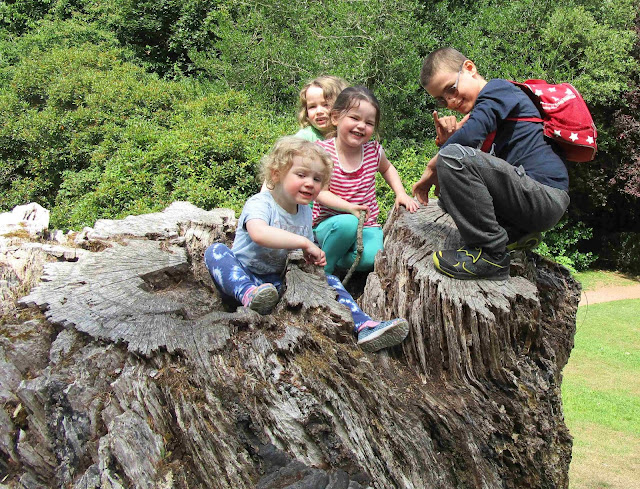 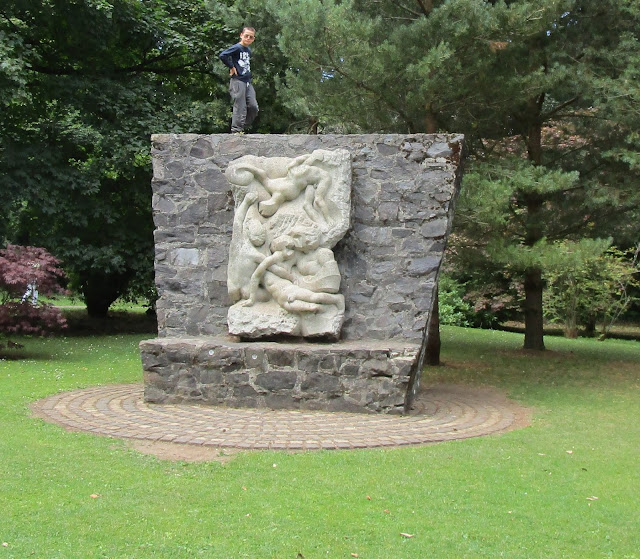 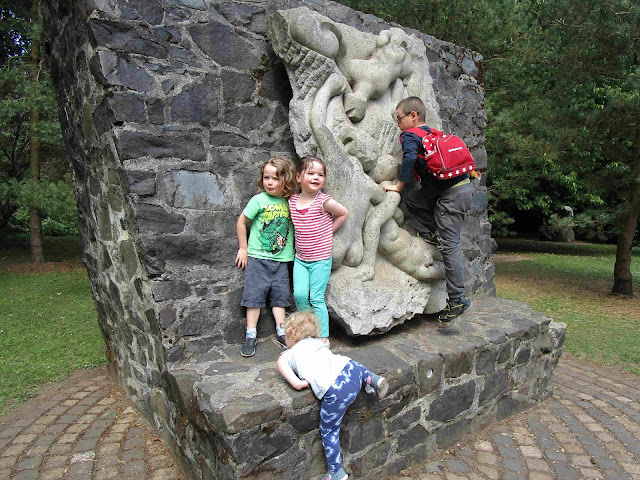 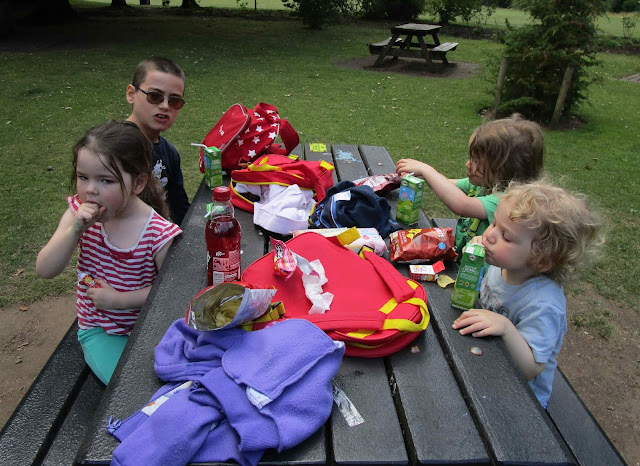 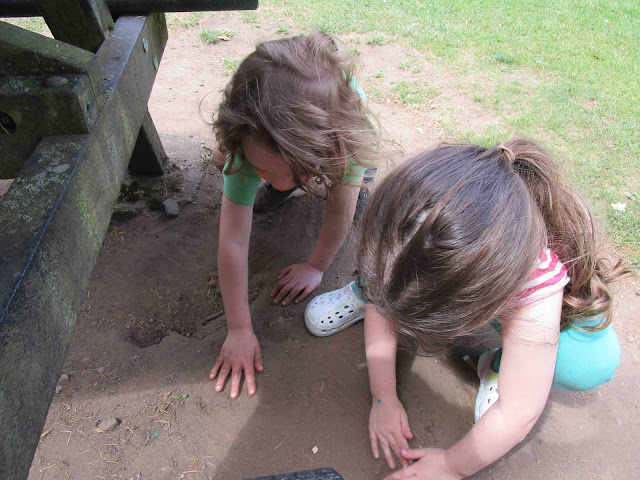 Then we went back inside to pick up our rocks and then went off to hide ours and see if we could find some of the others that would have been painted and hidden in the park. 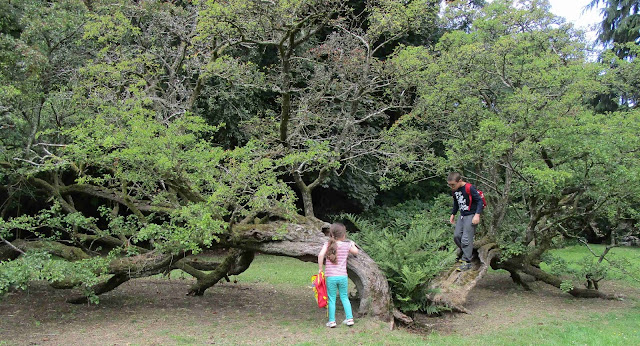 Minky spotted a squirrel and tried to catch it. 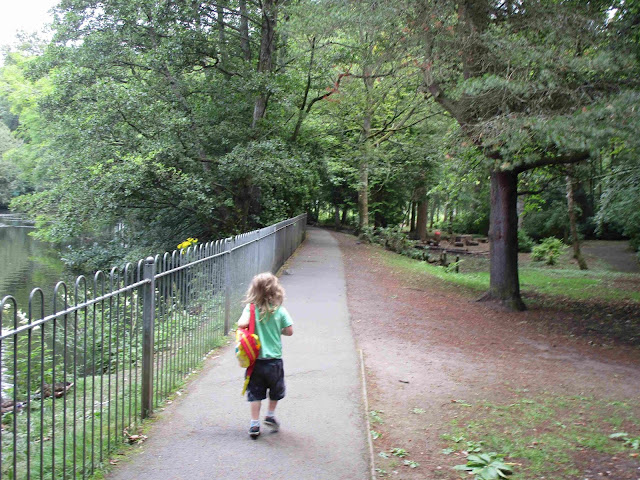 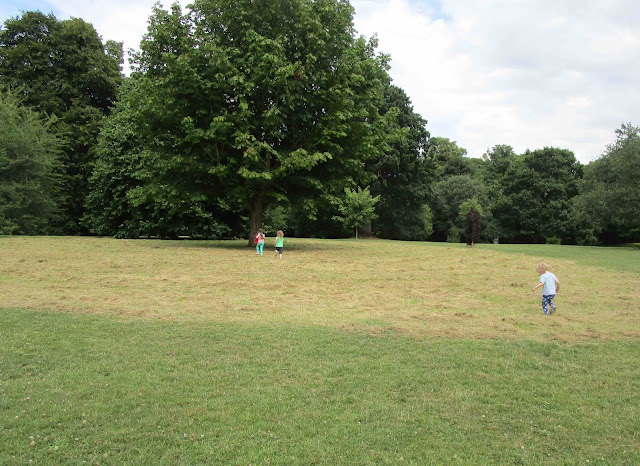 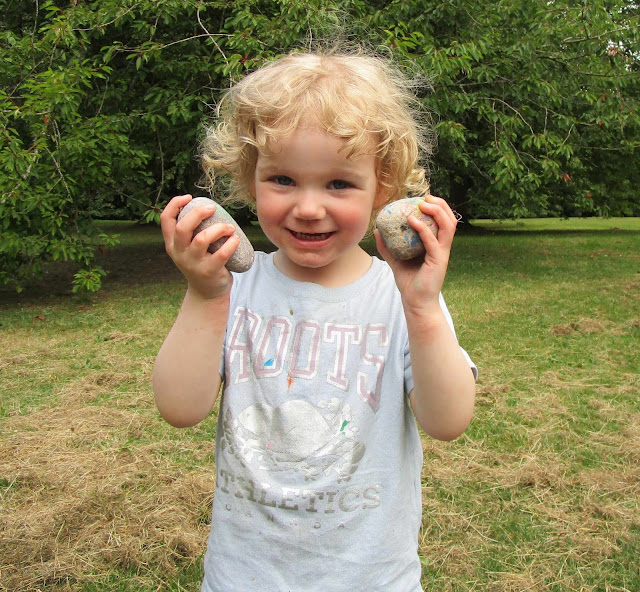 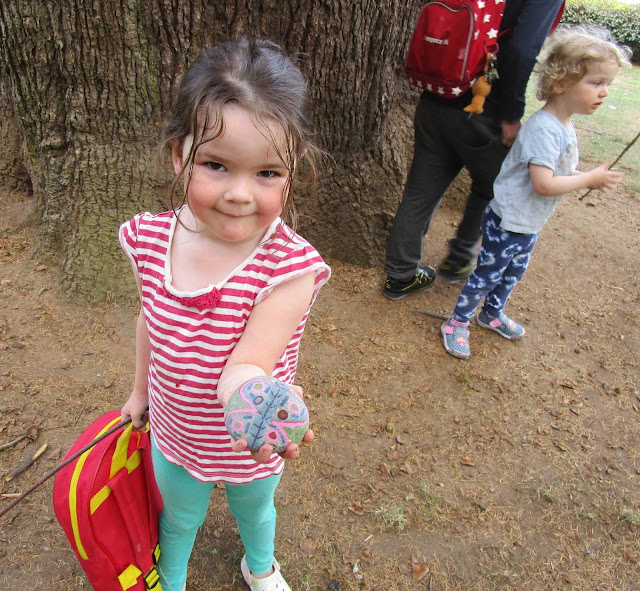 We also went round the duck ponds to see the ducks 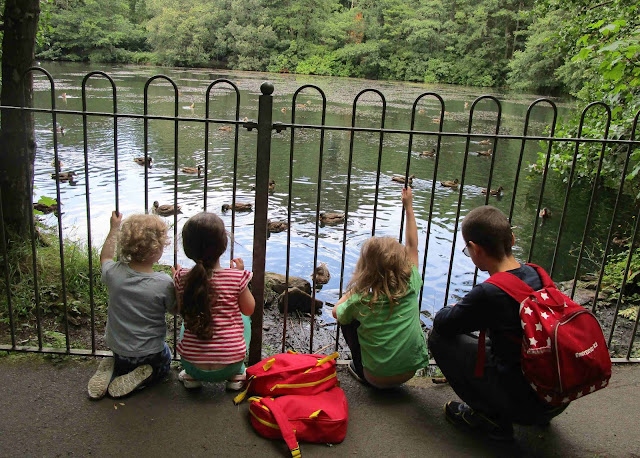 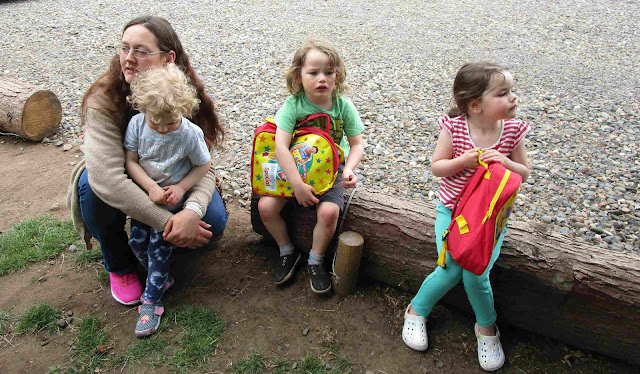 They went home happy and rather grubby, that says a good day out in my book.