My room after an emergency admission to my place of work. 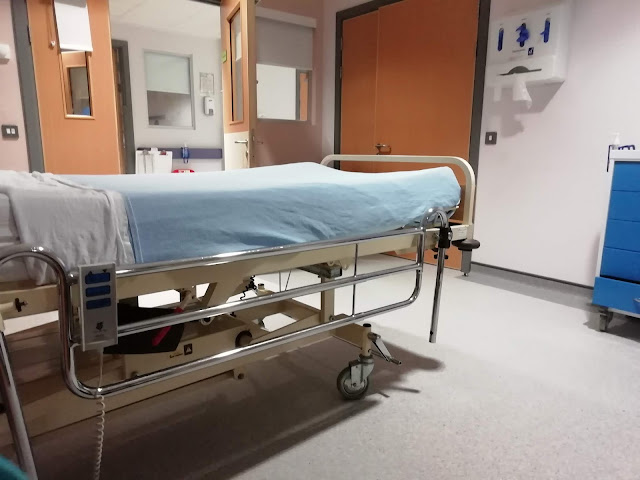 It was a loooonnngggg night staring at the ceiling. I have done a blog post on my ordeal if you want a read. 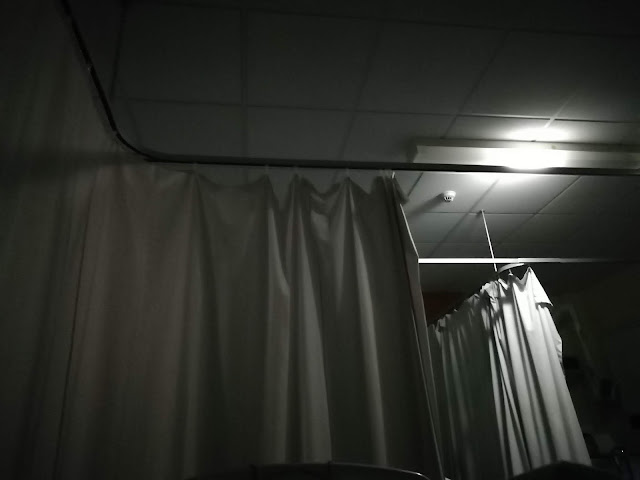 Somebody missed me while I was away and spent the night on my knee. 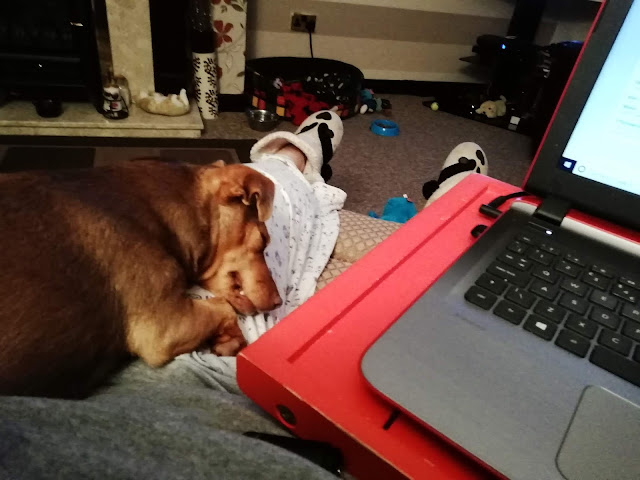 Bob was to have his synacthen tests today, the ones they cancelled the other week when DD1 had not stopped his medication. So there was an emergency babysitter on standby in case I had been kept in yesterday. So Spud and I walked down to the fishery and met up with hubby and dog for a walk round. Hubby and Spud had lots of fun playing chase and chucking leaves at each other, a blog post will follow. 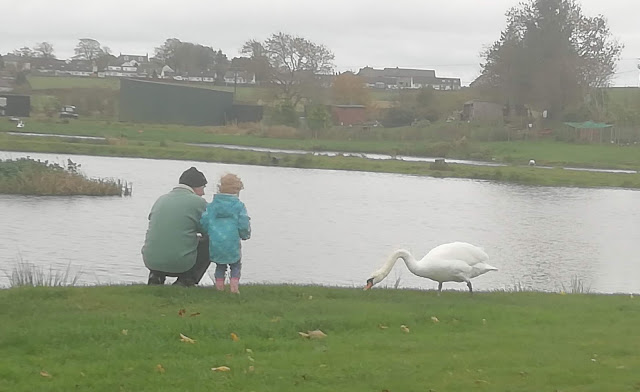 Went in to speak to a GP as during the day I had had two bouts of it going black,solid and cold but he could not advise me on what to do as he did not have in the test results. So I rand the ward and they passed a message to the consultant who phoned me back and said he did not think it was serious and not to worry. I am sure that will look good on top of my ashes.

A walk round the park in Ayr, a bag of chips and then a walk along the river. Spot the dog amongst the leaves, need to paint some white stripes on her. 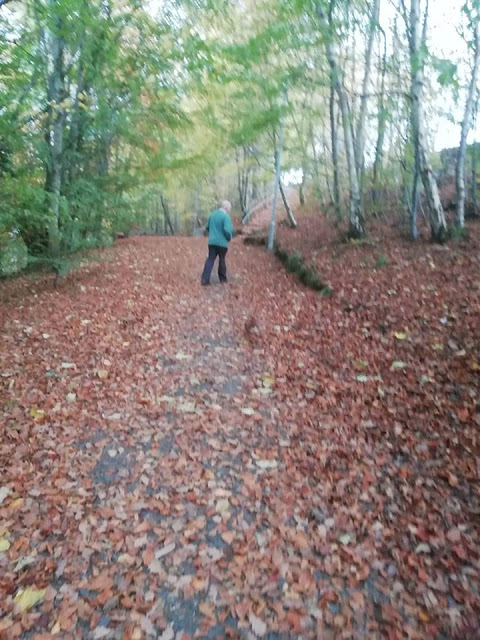 Nothing much doing. Catching up on housework and walking the dog. Down to babysit the kids while DD1 picked up Bob from gymnastics. His dad is on back shifts for the next few weeks so he dropped him off on the way to work.

There has been a lot of swan aggro on the ponds this week. Two of them ganging up on a third. Here is one attempting to get away but it was followed. 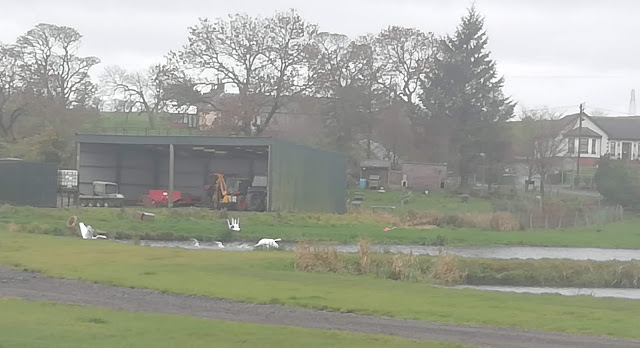 I have always been a shallow breather, but this was suggested to me to strengthen the lungs and to improve my breathing so going to give it a go. 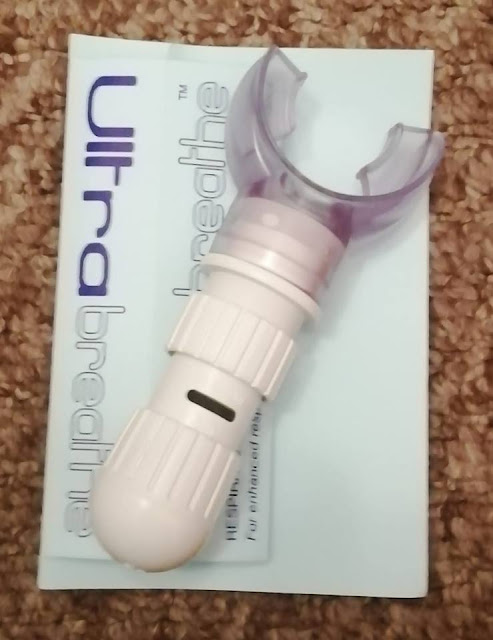