Did some blogging this morning, writing last weeks 365 post. Took a run to Irvine to pick something up, walked the dog before the rain started and we had a look in the charity shop but nothing caught my eye. Home and hubby and Dixie went to visit friend and have another walk. I was going to go out locally on the bike but had a lot of rumbles of thunder  and common sense said cycling on a 60 mph road in torrential rain with zero visibility was asking for trouble so I stayed in and knitted and it did not rain but hey ho.

Somebody local was giving this away so will have to do when my loan bike goes back. Least there will be no hills where this is going. 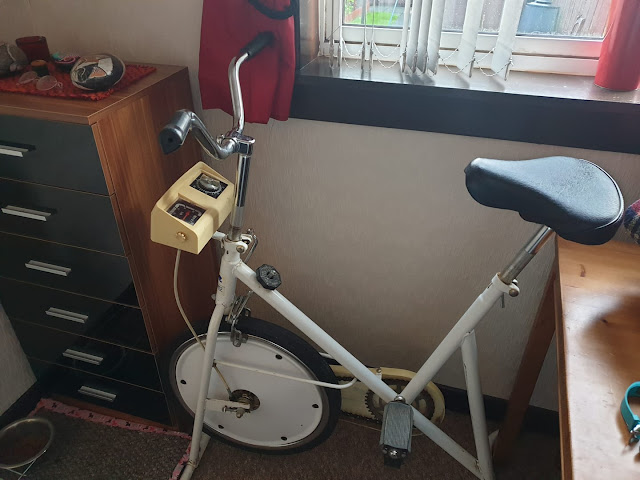 A busy day, nearly 5 pm before I got home. So many things to do and hubby took the car as he was going to friends  and was suppose to pick up/drop off at set times but forgot what times. Tea had been organised before I went out so did not take long. So after eating went out and did a ninety minute 14.60 miles on the bike. Not the fastest time but a  lot of hills. According to the data on map my walk which you can set for cycle rides it had 2 category 5 hills, that is as steep as they get. Difficult to cycle round here without at least one. I do admit to pushing the bike part way up this last bit but even a car struggles on some bits of this road with the tight bends as well as the steepness, but pushed it less of the way than I did the first time I did it. 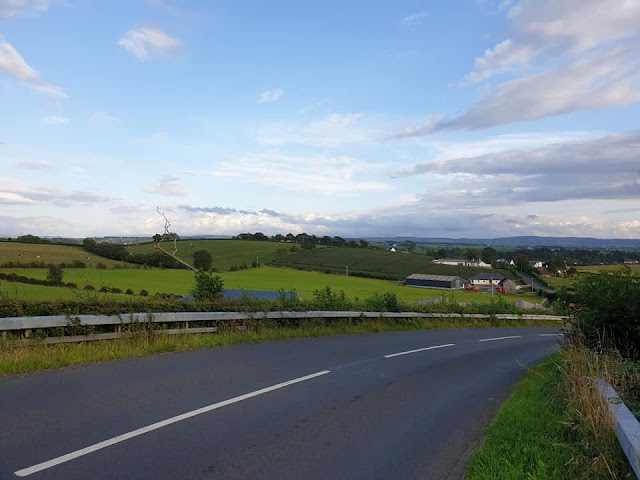 Finished watching Stranger Things Series 3. Enjoyed the first 2 series but felt this was rather stupidly far fetched but we watched it all hoping it would get better. 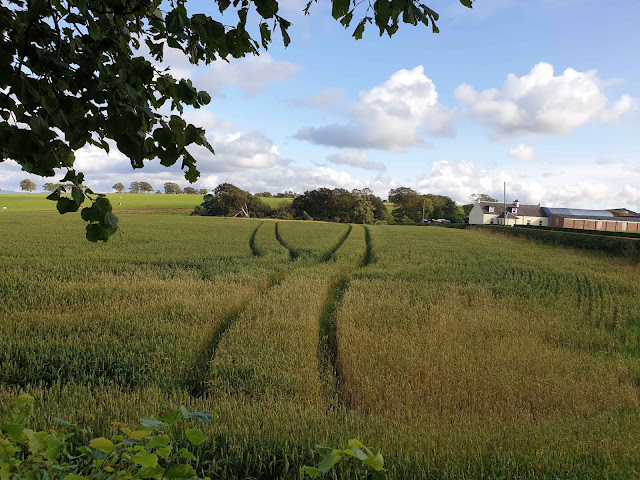 Late back from town again due to mess ups with the car. Doing my head in.
A cycle ride before tea, just under the 10 miles, not the longest ride but better than sitting on my bum. Pressure washed the bike as it was rather grubby after last week.
Started watching Manifest  was recommended by next door. So far so good.


When Montego Air Flight 828 landed safely after a turbulent but routine flight, the crew and passengers were relieved. Yet in the span of those few hours, the world had aged five years... But as their new reality becomes clear, an even deeper mystery unfolds. 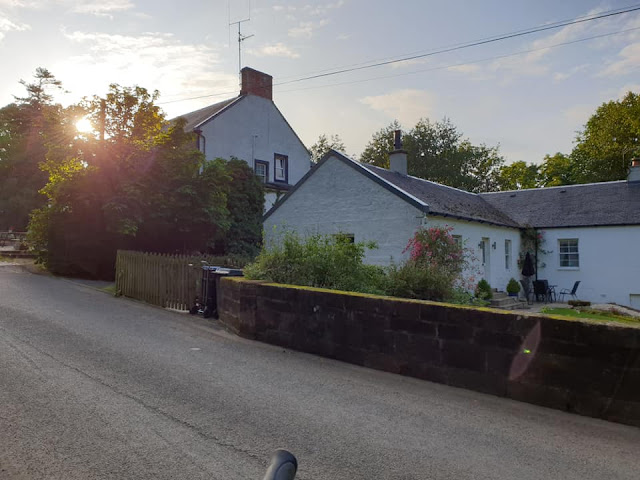 Time to take the bike back. Sad to see it go but knew it was only a short term loan when I took it. Have booked into an organised bike ride for next Wednesday evening so will get my bike fix then.
Took a run to Whitelee wind farm after wards, did a 2 mile walk and headed back for something to eat in their restaurant but they had nothing I can eat. Imagine running out of soup an hour after you start serving it when the place serves food until 5pm. So headed else where, bought a meal deal and walked along the Browns Road in Newmilns.

This is one of the Oor Wullie Big Bucket Trail statues.


Oor Wullie’s BIG Bucket Trail runs for 11 weeks from 17th June 2019 – 30th August 2019, culminating in a series of Farewell Events and nationwide auctions in each of the five host cities, Glasgow, Edinburgh, Dundee, Aberdeen and Inverness.
Scotland’s first ever national public art trail aims to unite the country as it raises awareness and vital funds for Scotland’s children’s hospital charities. 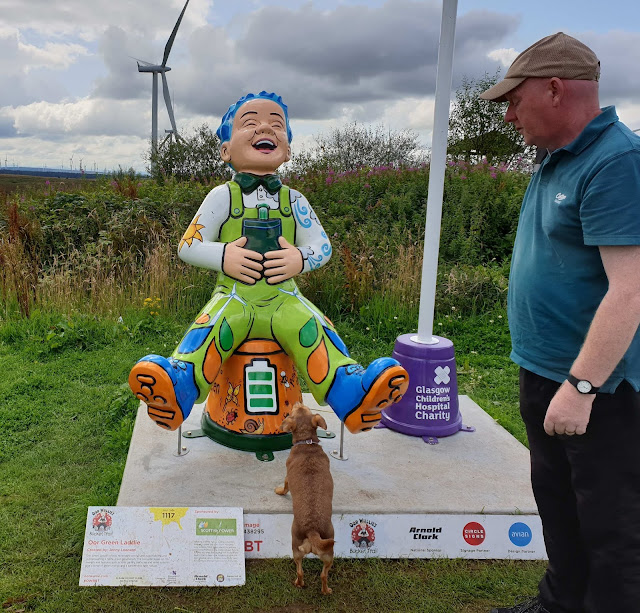 Today was catch up day in the house. Apart from taking the dog a walk not been far. 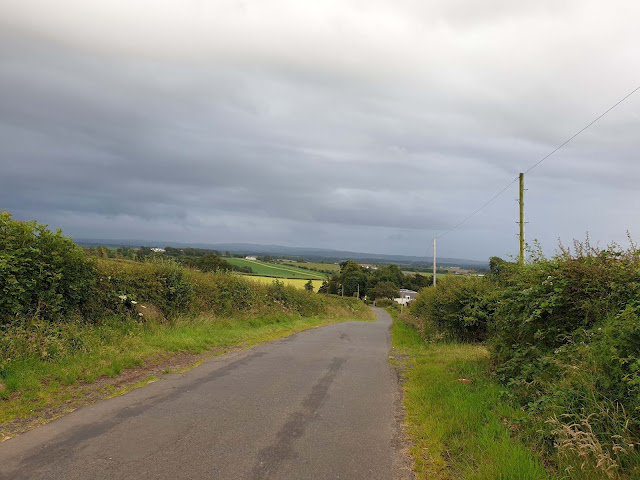 Did cycle 7 miles on the exercise bike. The scenery left a lot to be desired and no nice cool breeze blowing across your body but beggars cant be choosers.

The mother plant is approx 24 yrs old and was bought by DD3 at a primary school Christmas fete. It only seems to be this one that lives upstairs that flowers and seems to be every second year. 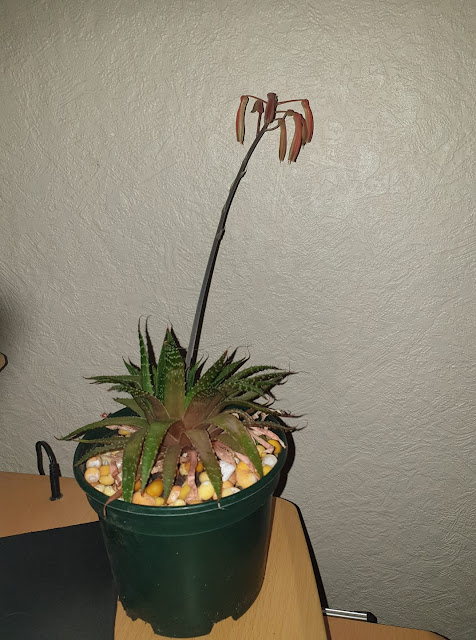 You are invited to the Inlinkz link party!
Click here to enter
Posted by fun as a gran at 18:50