Trying to stay positive, so headed to the Sunday car boot sale. Were more cars there than I expected there to be. I bought a box with 4 500 piece jigsaws in, cost me £1.50. Not that I have touched a jigsaw puzzle for a while.

Housework has been sadly neglected, the kitchen floor was rather grubby so I hoovered it, the hall and the bathroom and then washed them, they all run off each other so a fairly easy job.
Had one of the worst nights I have had for a while, much much more painful, could not even sit or stand comfortably. This time it was right up the side of my neck and into my ear, felt very much like an ear infection or my ears needing a good clean but I knew it was not. There are clinics that clean your ears for you, like this ear wax removal in London.  Shame as last night was a fairly good night with at least four hours sleep. Not sure if it was maybe crawling around the floor and leaning weight on my arm while I hand washed the floor - same way as it is always done. 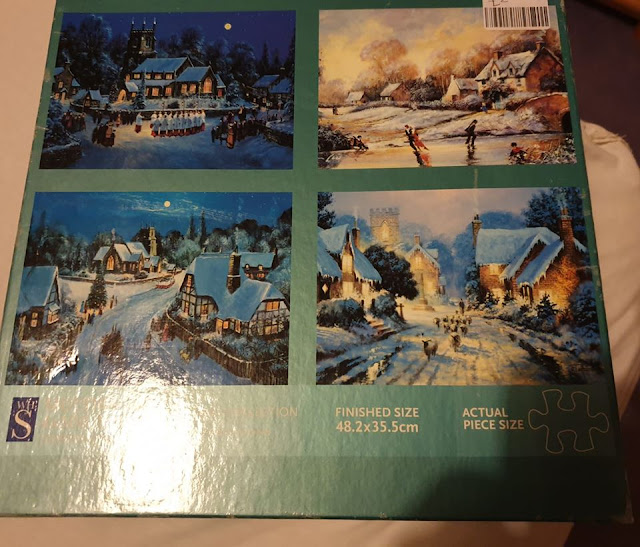 After getting no sleep last night and being in so so much pain I got up to eat breakfast then later lunch, took painkillers and went back to bed, thought I might as well be miserable in peace. Got up at 4.45 pm and stayed up till bed time.

Another uncomfortable night but did get some sleep on and off.

We got this offer through the post today. Shame Birmingham is so far away and it involved four weekends ( when I should be working) as it sounds quite interesting, and all expenses paid. 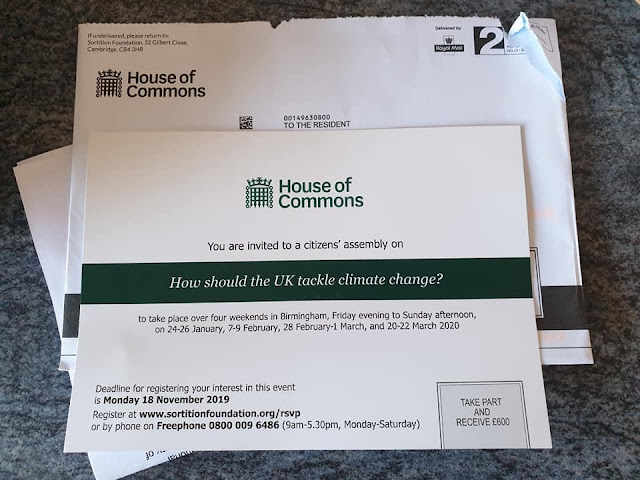 Still swallowing pain killers and other tablets like they are going out of fashion. I don't think unless you have had an issue like this that you can understand just how depressed and miserable it makes you. I just want to be out of pain, even a short while would be nice. Anyway I got up today and we took the dog a walk. I know I lead a boring life but for now this is my life. 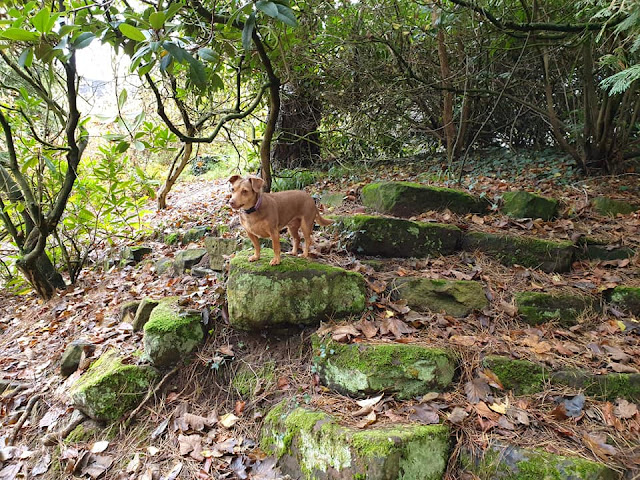 Out during the day just for a wander and to walk the dog. Trying to get out rather than sitting in feeling sorry for myself.

Another really really rough and painful night. No sleep had at all. Got up during the night on more than one occasion and just kept taking painkiller after painkiller, all to no avail. But I gather I must have taken far to many as by the morning I was feeling sick and very dizzy.

Downloaded a load of classical music to relax to and even tried putting that on but after about 45 mins it just annoyed me so I switched it off.

Bought some CBD oil to see if it helps, unfortunately you need to work up to a therapeutic dose slowly. Could take a while to work out the right dose.

The wee girl next door goes to Brownies and they were making gifts to give away but not to family. So how lovely she came and knocked on the door on her way home last night and said this was for us as she knows David ( hubby) likes his plants. Not be long until it flowers. Thank you E. 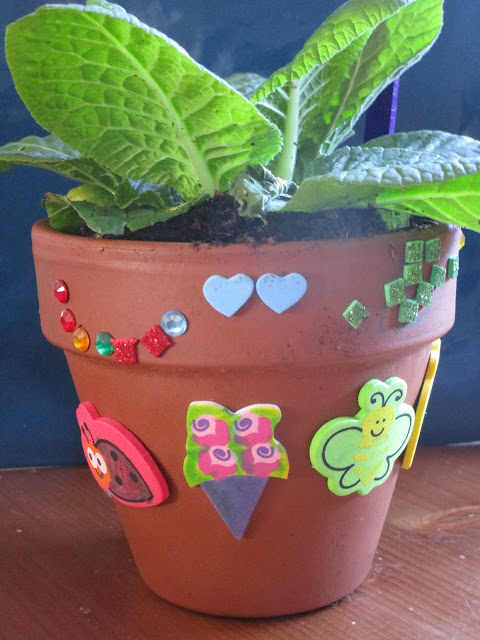 Spent the morning being sick. Another day spent in bed.
Decided that all these strong painkillers are doing me no good what so ever. Not touching the pain in the least so what is the point of taking them? So going to wean myself of them, as you cant just stop them without withdrawal problems.
Phoned the GP to explain about the pain and see what other options he might have, he agreed to give me a few nights sleeping tablets. Sent hubby to pick up the prescription but they gave him the wrong one and it was to late to go back and get the right one.
So as a desperation measure I decided to try some prednisolone, an anti inflammatory, did not see as it could do any harm. Have to say was the best nights sleep I have had in weeks, certainly seemed to dull the pain.

No photos were taken today. But this was one from earlier in the week. 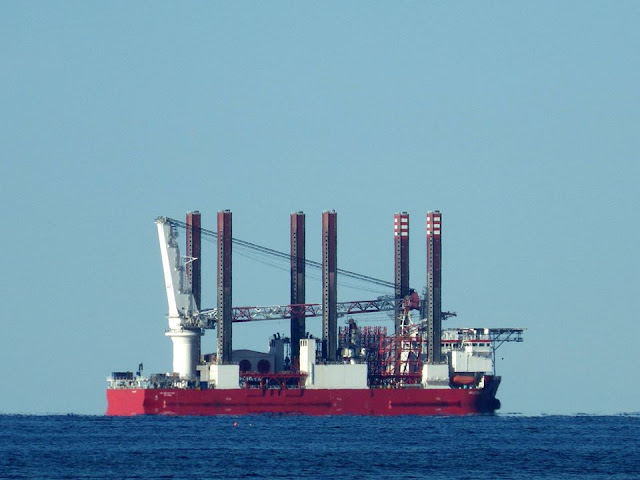 This is the MPI Adventure it's an offshore jackup installation vessel usually used for wind farm installations. The jacks are connected to the black metal uprights which get lowered through the hull and lift the boat clean out the water, hence jack up.
Once it's out the water it no longer needs engines or thrusters to hold it in position allowing for pin point installations of wind turbines with no wave effect as it's not sitting in water. Sitting off the Heads of Ayr, suppose to be laying cables near Ardrossan, just down the coast. Was last working down at the Robin Rigg windfarm down at the  Solway Firth ( so I am reliably told)

Phoned the GP to say about the success I had had with the prednisolone and to see if it might be an alternative. It has been more successful than anything else I have taken in weeks. She agreed that my inflammatory markers had been up the last test they did but they had dismissed this as not high enough to be a problem. So she decided to do more blood tests and  see how they were still raised. So back on Tuesday for the results and see if I can talk them into trying to treat it as an inflammatory issue rather than  a neurological issue. GP had originally suspected it was inflammation.

Walked the dog while we are in the town. Enjoying the autumn colours reflecting on the duck pond. 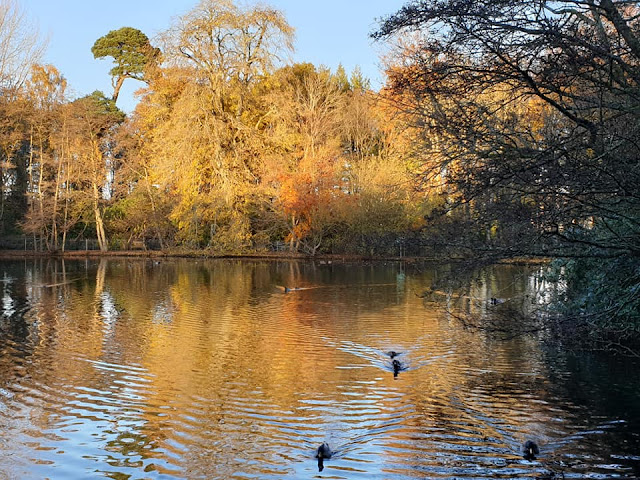 Tried the sleeping tablets last night. Was quite lucky as the pain had still not come back from last night. Did manage to drop off to sleep all right but woke at about 5am and could not get back to sleep as my left shoulder was rather sore. Hubby has moved back into our bed, he has been relegated to the spare room, so I had no room to spread out and try and get comfy so I just got up. Need to put the electric blanket on on the spare bed so I can move into it if need be.

The other night  I phoned DD1 to see if she had any chamomile tea, something I could drink that might help to settle me down, but she did not have any. But Fifi was working and being picked up by her dad at 22.30, and McD's is next door to Tesco so SIL1 picked some up for me. Fifi pushed them through the letter box but had to take them out the box to squash them through. They came in handy more than one night this week. Thanks you to them all for getting them for me.

DD3 came round for a visit for an hour as she had been down at DD1's catching up with them. 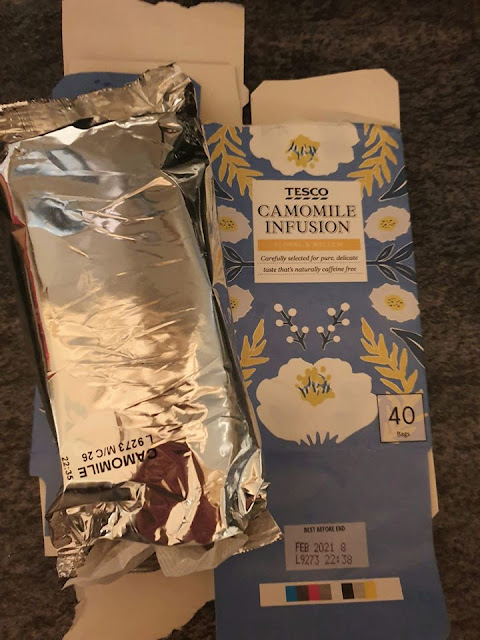 You are invited to the Inlinkz link party!
Click here to enter
Posted by fun as a gran at 20:04