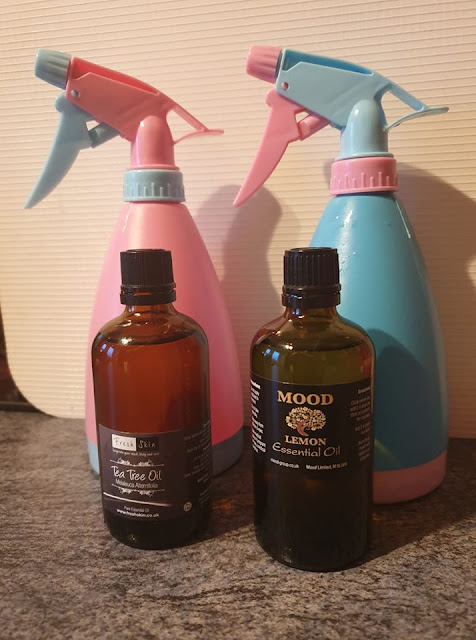 More of a clear out. Cases in the loft that have been there full of mainly towels in suit cases we cleared from mums house nearly twenty years ago. Never going to use them so arranging to hand them into another local organisation that helps homeless people furnish their houses. No point on holding onto them any longer. Washed and dried them all ready to give away.

Finished one of the cardigans I am knitting for Roo. You cant see it very well but it is lemon at the top, a lighter yellow in the middle and white at the bottom. 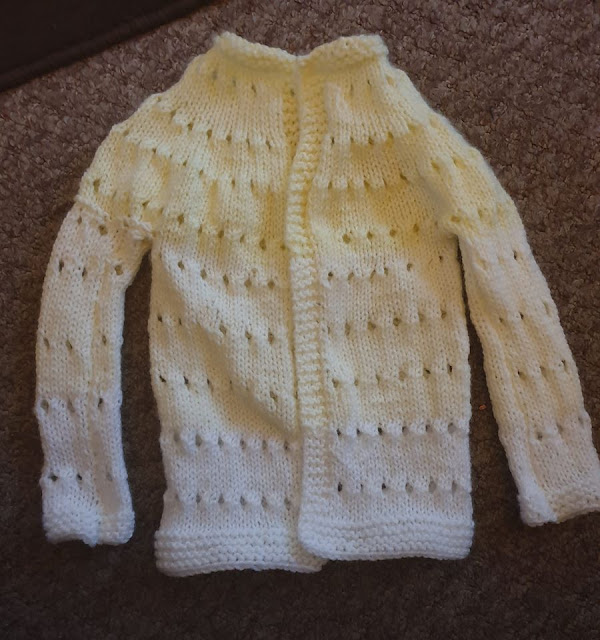 Had a smattering of snow over night but it came to nothing worth talking about.
Tea tonight was chicken in breadcrumbs seasoned with with fajita seasoning. Makes a change from plain chicken and uses some of my home made crumbs. 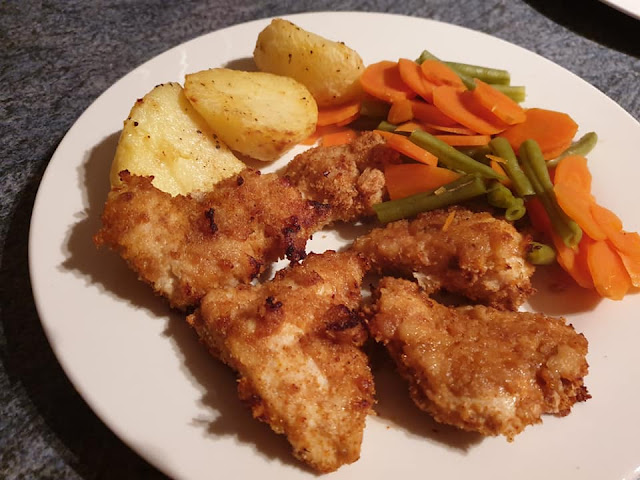 Went into town to pick up a prescription and do my cheap food shopping. Had a walk while I was there. A few of these old post boxes built into walls still in the area and still used. 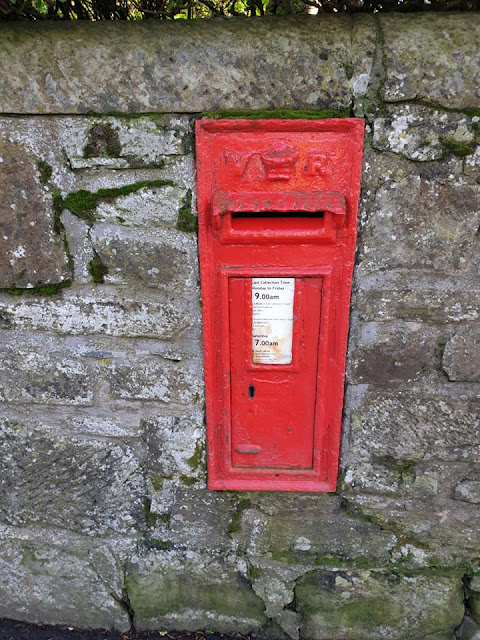 I was suppose to be going to a ride leader meeting tonight but forgot all about it until I got a phone call reminding me, oops to late by then. To be honest the only thing that has been on my mind this week is getting back to work and hoping it goes ok rather than going wrong like it did three months ago. Ten minutes later DD3 phoned to say she had left her door keys at work....numpty.....so I went and picked up the keys from DD1, went and let her in, stopped for a chat, locked her in so I could give the keys back to DD1 as Fifi  needed them the next day as she was going to DD3s after school. Just as well I did not go to the meeting else she would have been stuck.

There was a community event on this morning. One of the things they are going to do is a morning on  how to write a CV, another one on filling in application forms and the likes. I am thinking ahead with this as I doubt I am going to be able to do my job for another five years and some time soon I may well be looking for a less physical job. Love my job but got to be practical and as well learning it all now as later. Went down with DD1 and Spud. She found every puddle on the way home, as kids do. 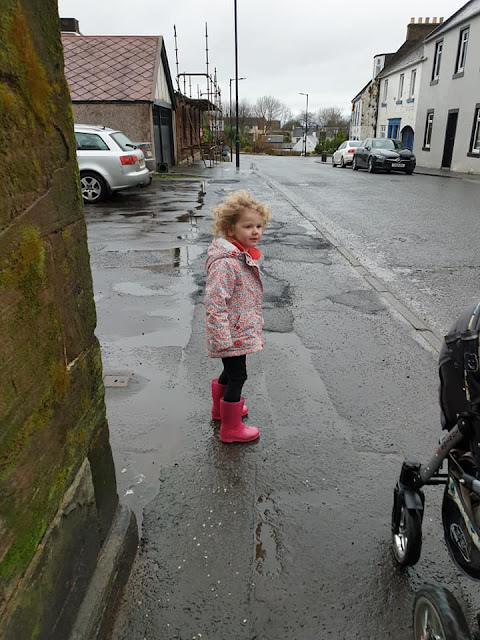 Wrote up my Swizzels blog post, did a few bits of sewing that have been sitting for far to long and some housework and walked the dog, but that was as exciting as it got. 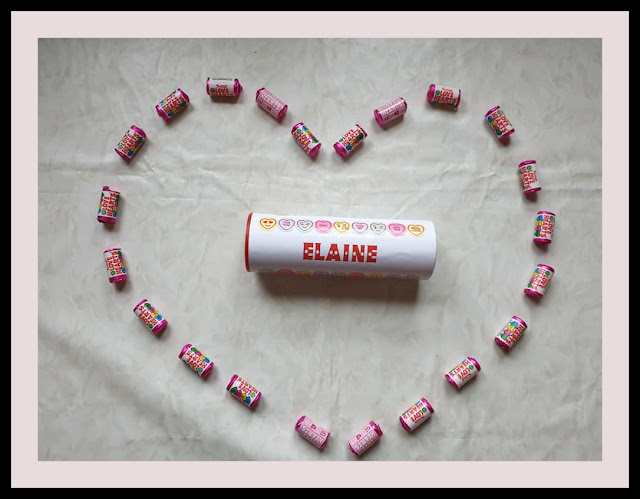 Back to work starting with one day a week to see how it goes, have to say been stressing about it quite a bit this week in case it flares up again and then I find myself jobless. But it went ok. Was nice to have been missed and to catch up with friends.

Have done 147 miles of my #walk1000miles in January,  some of it has been done on the exercise bike but you can count any mileage done with your feet so still counts. 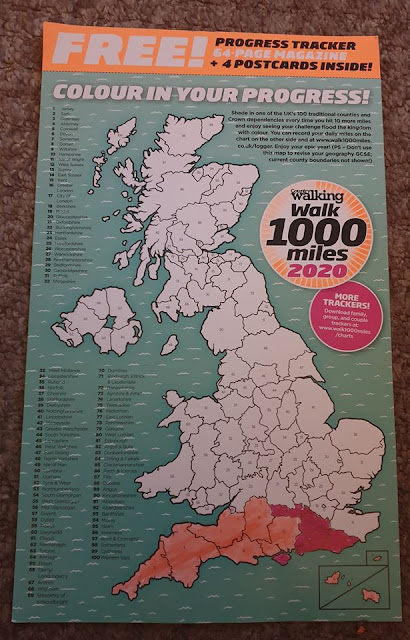 You are invited to the Inlinkz link party!
Click here to enter
Posted by fun as a gran at 20:09