It is a special day date wise, geocaching.com are giving away a souvenir if you find a cache, so I did, a local one I should of found a long time ago but served its purpose today. Spotted out first snowdrops of the year round the tree the cache was in. 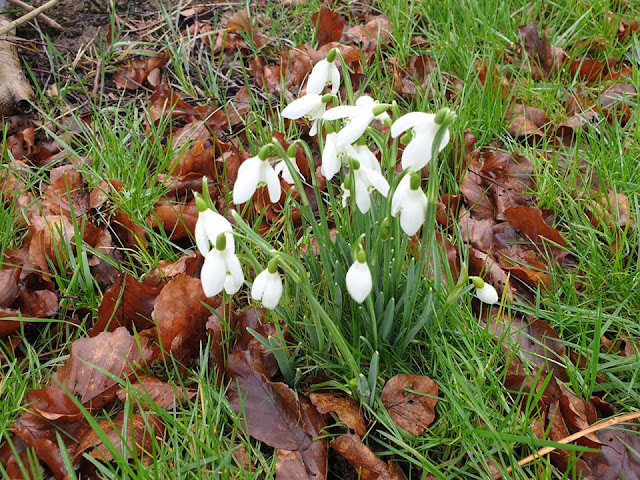 What a weird day weather wise. Sunshine, sleet, hail, snow as well as thunder and lightning.
Had to nip into town and pick up mine and hubby's prescriptions.  Handed in the towels while I was in town.
Watched the end of From Darkness on BBC iplayer, spotted the row of cottages that we stayed in a few years back while on holiday. If you want you can read my post on Ellenabeich on the island of Seil. We had the single storey building to the left of double storey. The only place you got a mobile signal was on top of the hill behind the house, was a steep but worthwhile walk, round the side and then to the top was easiest, which also gave you stunning views.

Funnily enough we also watched Deadwater Fell, very similar ilk of programme, and it had various scenes along the local coast here. 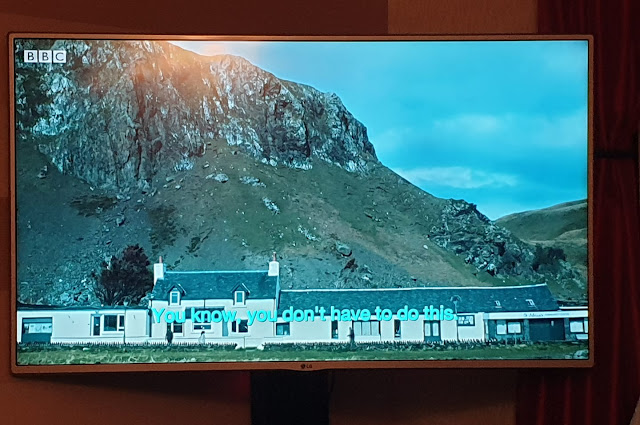 Had to pick up a form from doctors that was not ready yesterday and pass it on. Picked up a cache that was nearby.
Then went home for some lunch and popped to Kilmarnock as hubby wanted some welding rods to sort the front gate.

Did a 2.6 mile walk with the dog round a local country park while we were there. Never a fast pace, took us approx 1hr 45 mins but Dixie likes to socialise with other dogs she meets. Picked another cache up as well, could not find the second one we looked for.

This sign makes me chuckle anytime we pass it. 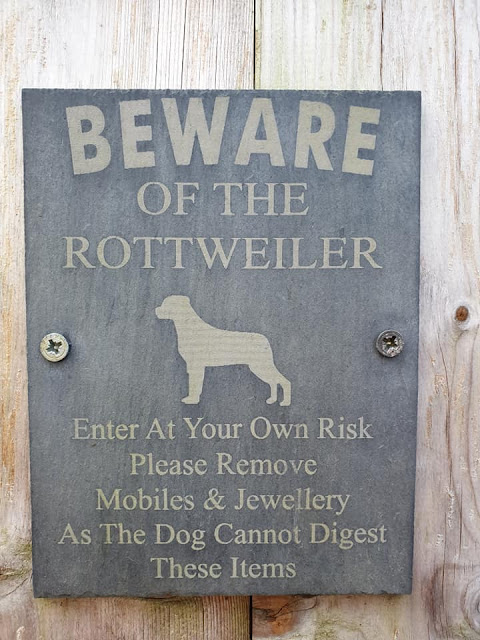 Did my cheap shopping and walked the dog. Back and cooked up the fruit I picked up. Hubby went to a local community council meeting in the evening while he was out I did another mile on the bike, and then some knitting, also did a mile in the morning while hubby was still sleeping. He came back and walked the dog again while I used my ab machine. 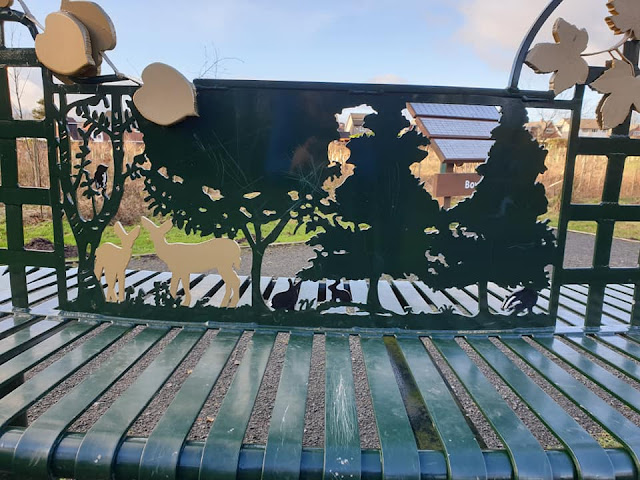 Joy of joys a visit to the dentist. I was booked in for a filling originally back in early September but asthma was so out of control a filling was impossible. Was rescheduled for November but was in too much pain with my arm and on too many painkillers to cope with it. So eventually getting round to it, was picked up in June that I needed it but have to say no pain from the tooth so not like I was desperate for it.

Went for a walk along the river before the dentist then while I was in hubby and dog went for a second walk.

Home and decided to make a fruit crumble but realised some of my eggs needed using up.  So made a pastry  base by rolling flat some stale bread, thinly spreading it with margarine and lining a tin with it marge side out. Put in soft fruit I had cooked up, for "normal" people you could have sliced it and layered in raw, then topped it with sponge mix and cooked it. The bread tastes perfectly acceptable as a pastry substitute. 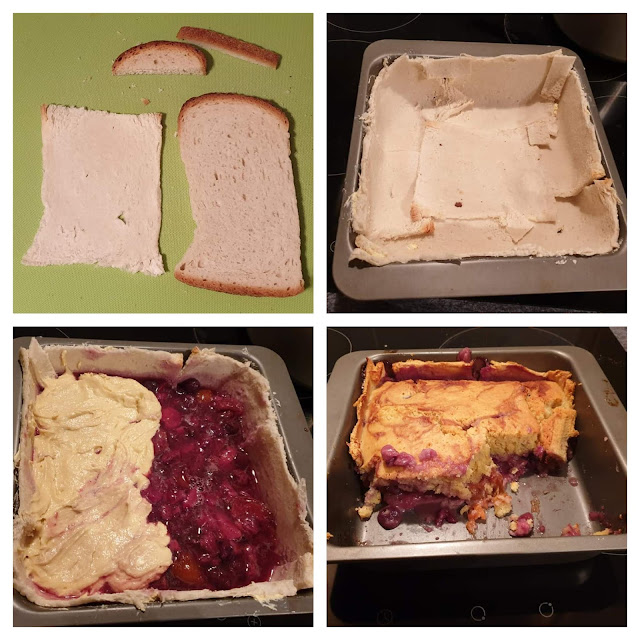 Was going to go for a walk with DD1 and the kids, who are off school for half term, down to the fishery but Bob was in bed with a migraine and Minky is hanging for something. So she decided she was not going.
We for a 2.2 mile walk round the woods with dog and hubby instead. Came in changed out of my wellies into shoes and straight down the shop free dairy free spread as needed it for tonight but used the last yesterday.

Spent time in the kitchen making tonight's tea, a lasagne for tomorrow night. mac and cheese for Sunday and spare mince to freeze.
Kitchen always suffers when I bulk cook but saves a mess over the next few days. 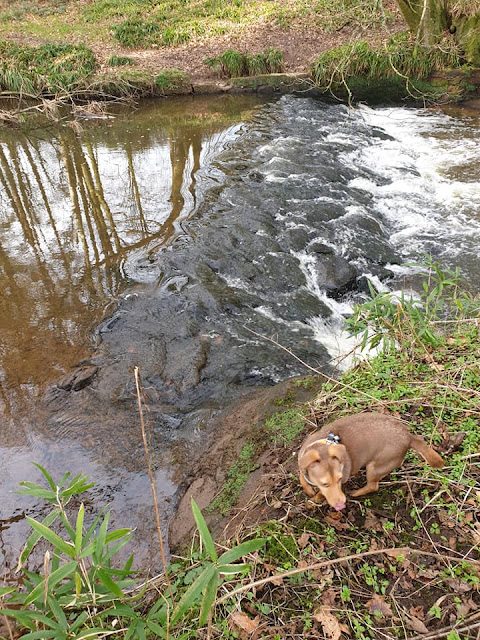 This letter came in the post yesterday. Put a copy on my local facebook page, as I could not do it without people handing me in stuff. 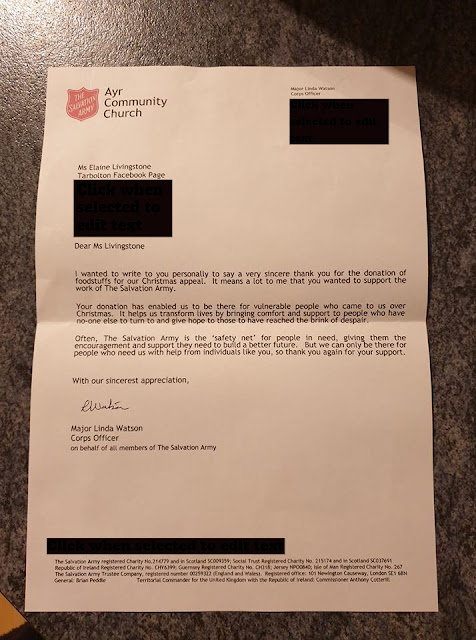 You are invited to the Inlinkz link party!
Click here to enter
Posted by fun as a gran at 15:55