A slow morning, bits of house work but nothing exciting. A walk with the dog.

Normally we do a daft Christmas colouring competition that started off about nine years with a drink when we went to see Santa with Bob. Escalated a bit since then with extra people coming and turned into a bigger event with a meal. Between me being ill, us all being skint and being busy it did not happen in December. At this point I would have forgotten about it as Christmas has been and gone. Sadly Bob still wanted to do it and has been asking every week since. So we were all available today and so we booked it. Last minute two had to drop out of their dog was ill. So DD3, Fifi, Bob and I went and had plenty of chatting and catching up as well as a meal and some Spring colouring as it seemed more appropriate. Maybe need to change it every year to now as less busy and more money to spare.

Fifi won this year. Her mum says nice to know her advanced higher art has some use. 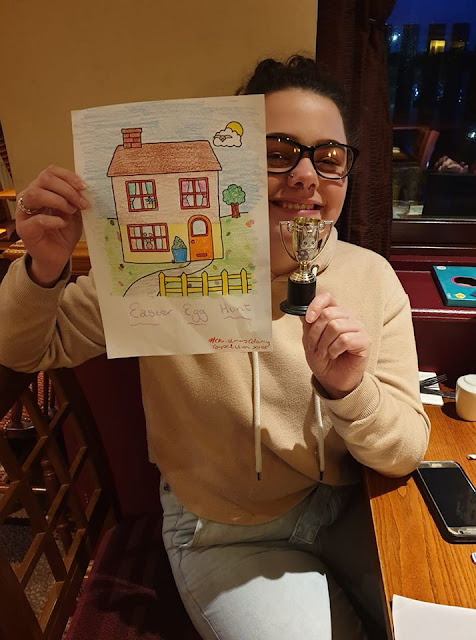 Spud turned four today. So we went round after the rest got back from school and took round her cake and present. She has decided she does not like birthdays and wanted nothing to do with any of it. So she sat and looked at her cake refusing to let me light her candles for her to blow out or cut it. This was the best smile I could get from her.Dinky looks happier than Spud. 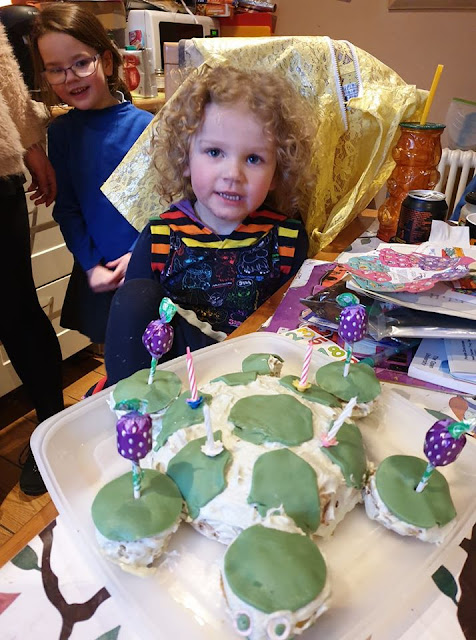 A walk round Auchincruive estate with the dog. Came across this building being built in the walled off  section. Apparently it is going to be a play area for children and they are planning on making play equipment and a barbecue area for people to use.
I did not spot any sign of Hansel and Gretel or Grandmother and the wolf. 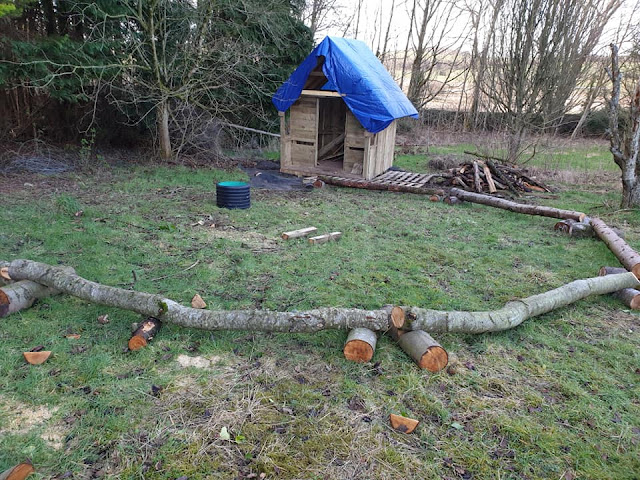 Into the town to pick up a prescription for hubby. Had a bit of time to kill until the cheap food shop was open so instead of sitting in the car I went for a walk along the beach front. Wish I had not put on my jacket as it was rather warm.

A fellow crafting comper was lovely enough to send me some ribbons and buttons she has no use for. Both will be great for the knitted baby items I make.

Decided to have a day out for a change. Headed down to Stevenston beach again. Lots of fun to be had for the dog climbing and sniffing and running around like a loony.
We did just over 3 miles, not the biggest distance but the dog likes to go at her own pace. 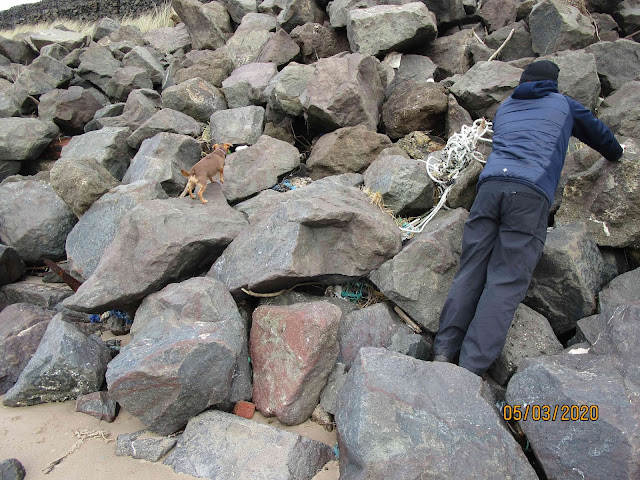 Nipped into a local supermarket for milk while there. I popped into the toilet for a pee. The woman came in to clean them while I was in there. I use the word clean very loosely. One cloth in her hand, nothing else just a cloth, she did not even have gloves on. When I came out to wash my hands she was coming out of one cubicle having wiped one toilet, then did the one I came out of, then with the same cloth wiped the taps, not the sinks, and then when the third toilet was empty went in to do that. The taps were not automatic ones but push ones. Wonder how many germs are picked up by turning on the taps?
I made my feelings clear at the customer service desk on my way out. Said they would call somebody but I doubt anything was done. This would disgust me at any time, but in the current climate makes it seem even worse.

Into town to pick up my prescriptions and walk the dog while we were there. A few non food items to pick up, could not find the right size of light bulbs so will need to try somewhere else another day.

Home for 3.30 pm, grabbed a drink and a quick sandwich and back out at four to take Bob to gymnastics.

Decided to buy a portion of chips between us to go with some cold cooked chicken for tea, along with half a tin of spaghetti that was left.  I could not be bothered to make tea when I got home. But hubby already had potatoes on boiling. These were then popped in the fridge for tomorrow night.

Would have thought it was to early for wasps but found this one in the sink. So I scooped it into a tumbler, photographed it and put it outside. 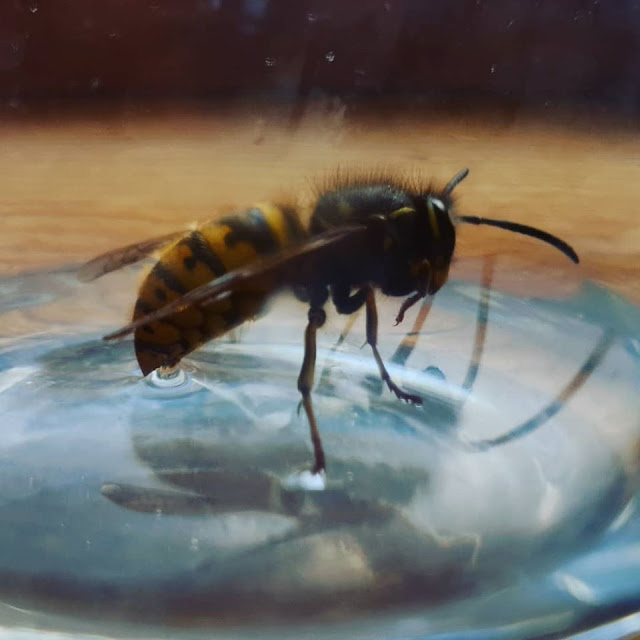 Work and back home. Sorted out some paper work.

I finally finished Roo's cardigan, not the way it said, I sewed the sleeves in first as still could not work out how to do it the "normal" way. Just needs the buttons now. Also finished her a hooded poncho as well. Added some pom poms to improve the look. 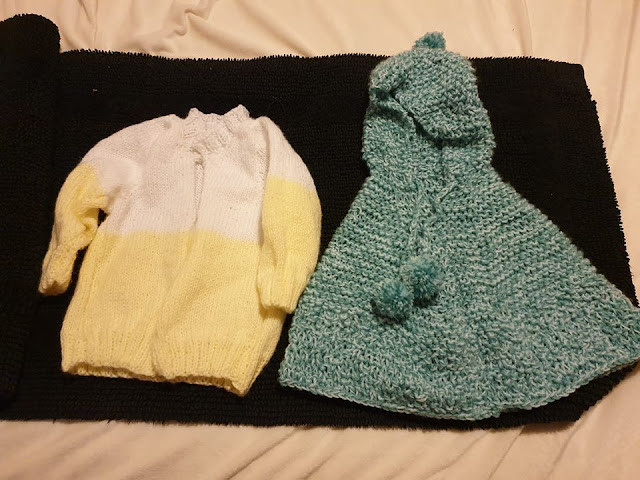 You are invited to the Inlinkz link party!
Click here to enter
Posted by fun as a gran at 20:01