Nothing much any different this week, working, knitting, walking and grandchildren.

A double shift at work,. Sat working on my latch hook kit and watching wire in the blood on my kindle in my break. My back shift was a great laugh, you had to be there to get it,  but despite being harder work than a back shift normally is it was fun. 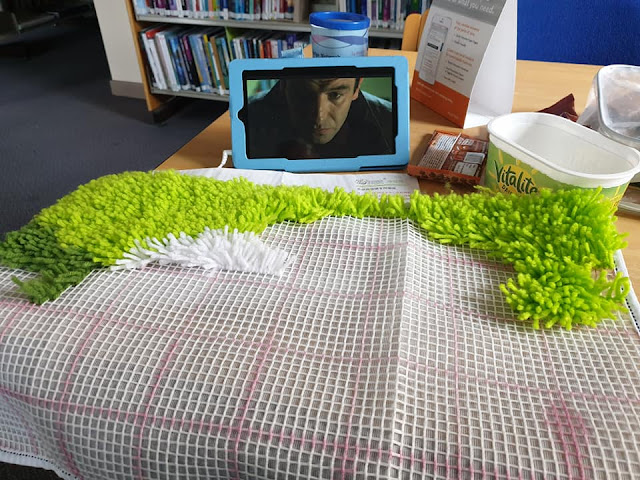 Hubby dropped me at work and took dog a walk, managed to lose her but thankfully found her again.  Told him he needs to be more vigilant about where she is when out for walks as he has a habit of walking on not realising she is not directly behind him. She seems to struggle with working out which direction you are shouting her from when out.
He took friend to the car boot where they got a few bits to work on the project he started in the shed last week, back here to work on it and then fishing in the afternoon before picking me up.

Still making items for the SCBU in between my own knitting so made a hat and a small blanket this week.The blanket is a trial run for something else I am making. 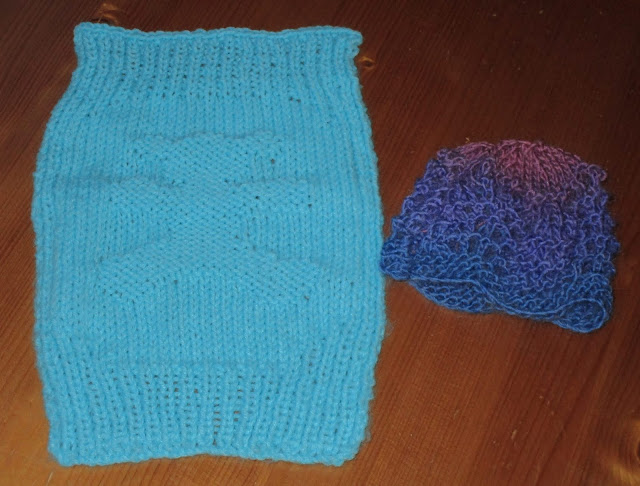 A friend of mine is struggling at the moment with anxiety attacks. These helped me years ago when I was stressed etc so dropped them off for her to try them. The tape ( if it still plays) was given to me by a psychologist when I was referred to one when my own children were young and I was struggling to cope with their illnesses, hospital stays and operations. Actually found it very good. 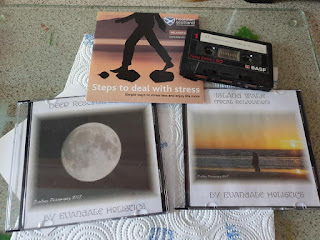 Friend came up and finished his project in the shed and him and hubby went fishing again when I got home. I spent the afternoon watching some of Save Me. The knitting I did I undid again as did not like the way it was turning out. Had a committee meeting this evening. Trying to come up with a new name and ideas of things for the children to do down the woods while the adults make walk ways or cut back trees. It is no longer about cleaning up but about enhancing what we have down the woods.

A rather wet day so did not do a lot. Started knitting the blanket I undid yesterday. It dried up after tea so dog got round the fishery. I think having got lost on Sunday has dented her confidence a bit and she was not straying very far away. 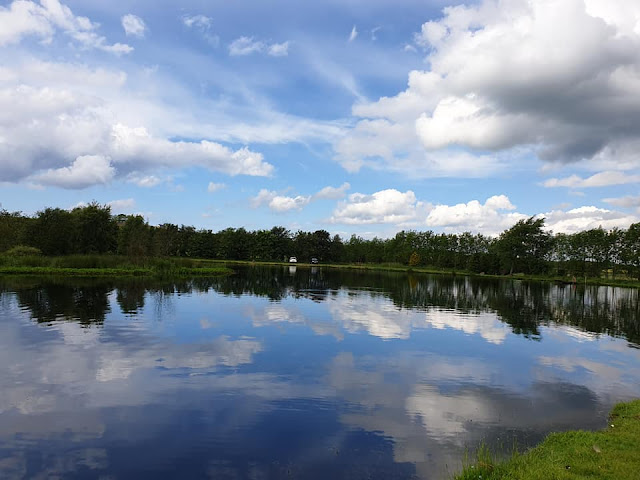 We started watching Chernobyl. I know I am behind but find it easier to remember and enjoy if I tape them all and watch over a few nights rather than week by week.

Was a nice day, warm and dry, so we made the most of it and once I had caught up with the housework we went out for the day. Went to Portencross and then to a Glen in West Kilbride. I had a trackable to get rid of and needed to find a cache to put it in.We did nearly 6 miles and have to say I felt fine during and after it.

When we got back hubby went out fishing again with friend, friend again has some new stuff he wants to try out and is too impatient to wait and will not go by himself. 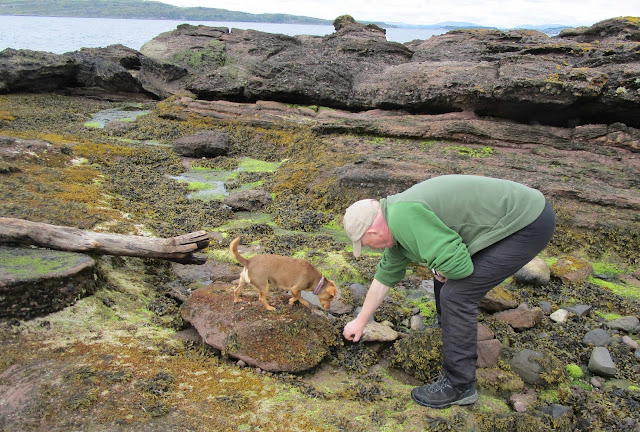 Went a did some shopping and took the dog a walk as hubby wanted the car to go back to the fishing.
Spent the afternoon making meals for the weekend and doing some baking before going down to watch the three wee ones while DD1 went to pick up Bob. She had asked me to pick him up but hubby was out with friend again and not back with the car. Life is easier now they are getting bigger and can push themselves on the swings so just Spud to push.

Did not get a lot of time to sit down but did finish watching Save me. Left hanging a bit I feel, maybe an opening for series 2. 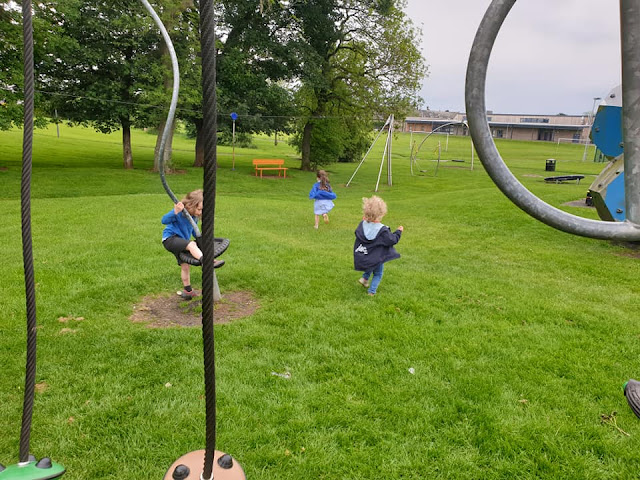 I have been seriously bothered with hay fever these last few weeks. Not been bothered with it in years but my nose won't stop running and my eyes are that itchy I would cheerfully scratch them with sand paper. Hoping these will help. Would not be so bad but the runny nose is causing a cough and the cough is keeping me awake at night. 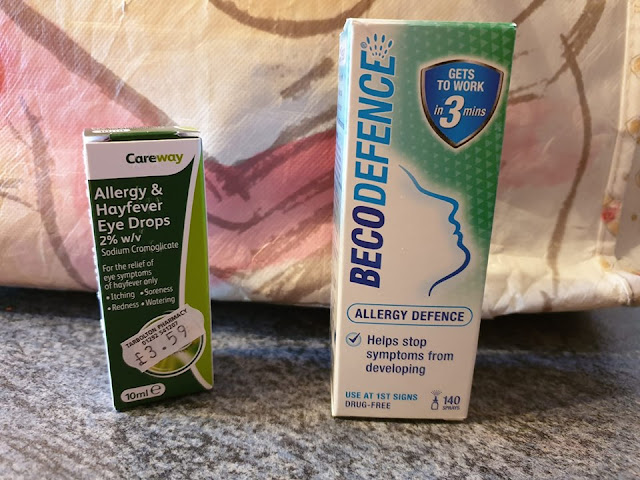 You are invited to the Inlinkz link party!
Click here to enter
Posted by fun as a gran at 07:21