It's Never To Late To Try Something New

It’s important to fight against the idea that just because you’re a certain age, you are totally limited from expressing yourself or enjoying what you find appealing. Of course, this has some caveats. If you’re seventy-five years old and have never sky-dived or bungee-jumped before, it’s probably not a good idea to do that now.

But for the most part, these actual limitations are few, and it’s worth thinking them through before you totally dismiss yourself. For instance, now that tattoos are relatively accepted on a baseline cultural level, more and more middle-aged people and even those later-in-life are starting to have them done anew, enjoying the lack of judgment that may have come from their profession or families when they were younger.

As such, it’s important to understand that it’s never too late to try something new. In this post, we’ll discuss a few measures that people often feel somewhat hesitant to try thanks to being later in life, and why exactly those impressions should be less ironclad than you currently think:

We all change with the seasons and like to express ourselves in different ways as we age, so why do we think that as we get older, only a specific style is necessary? That’s often not the case, nor is it realistic to see ourselves as frozen in time. It might be that you wish to try a range of cartilage earrings, or have that first tattoo, or wear jackets that are a little more colourful, or try wearing more designer fashion (or even creating your own clothing as necessary, purchasing little effects from sites like Depop and flexing your creative might). It can make a massive difference.

Playing An Instrument/Trying Your Hand At Art

It’s easy to think that as we get older our creative juices leave us, but that’s not true at all. After all, how on earth could a lifetime well lived make you LESS insightful about creativity or having something to express? It might be that starting to learn an instrument now, or learning a way to do artwork could be a very key part of your daily life, one that can add colour to your days, keep your brain working productively, while also helping you feel empowered in a new skill.

Getting Involved In Fitness

Getting involved in fitness can be an essential pastime at any age, particularly if you find that you’re starting to feel less flexible or may be gaining weight a little more quickly than you’d like. From taking up yoga to help you strengthen your joints and muscles to joining a hiking club to get out in nature and improve your cardiovascular ability, getting fit and healthy can be key in our later years, and will help us manage our health and feel more empowered and confident than we may have for a while. For that reason, this process can be more than worthwhile.

With this advice, we hope you can see that it’s never too late to try something new.

You Need To Winterize Your Home. Here's How 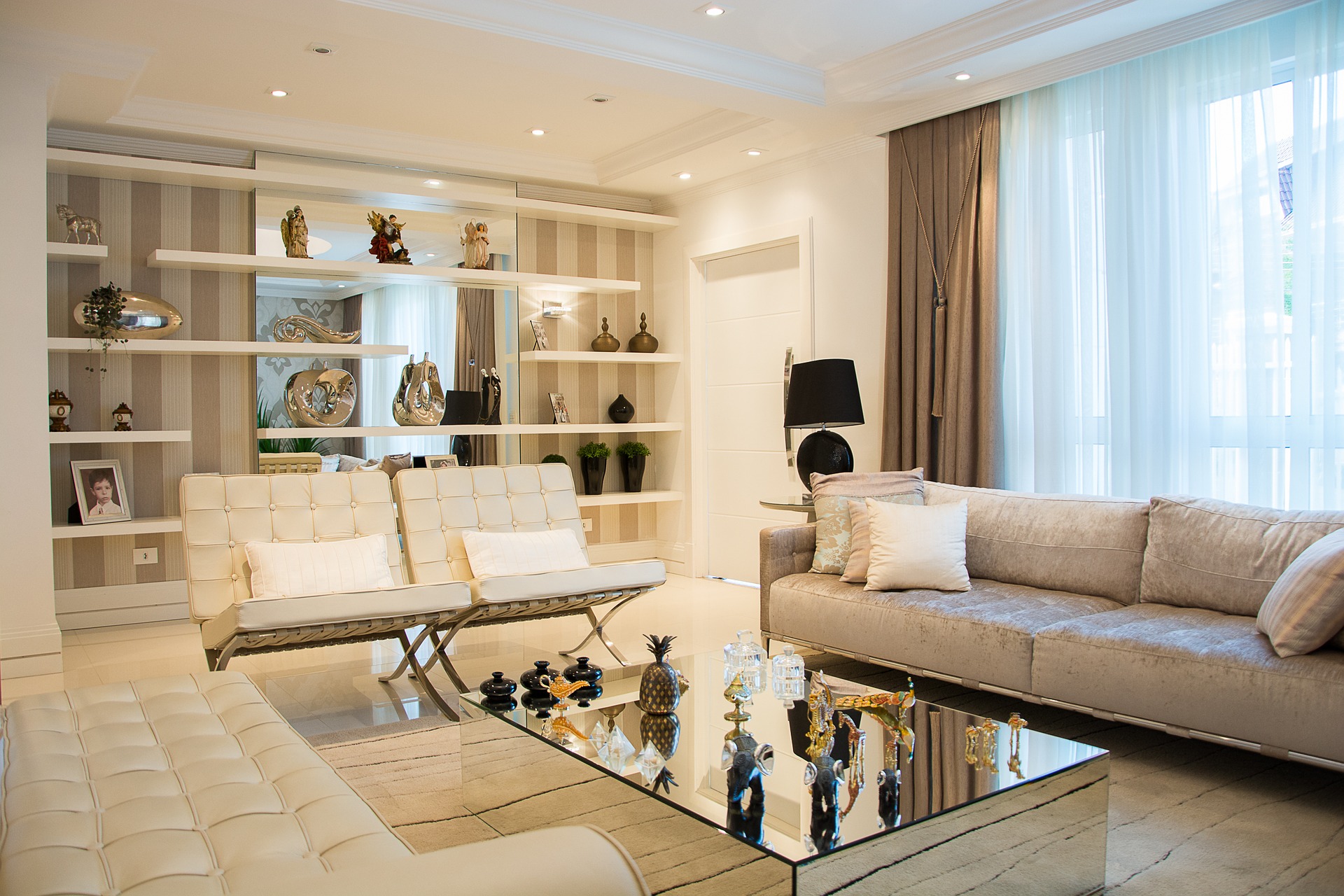 The winter months are starting to close in. Depending on where you live, that could mean a lot of snow. Regardless of what part of the country you’re in, you should expect a chill to set in eventually.

While that could be fine when you’re out and out, you wouldn’t want it in your home. That means that you’ll need to winterize your home. Not sure about what the process is? You’ll want to know a few things before you start.

Why Winterize Your Home

You might be wondering why you need to winterize your home. There are multiple reasons for this. Keeping the cold out is the most obvious, although there are other reasons. It also means making your home more energy-efficient.

In doing so, you’ll focus particularly on warmth and comfort. That’ll typically entail focusing on a few areas, such as your doors and windows. You’ll need to look at several other places, too, such as your roof, the walls themselves, and even the floor.

Installing insulation is perhaps the most obvious way of winterizing your home. If you’ve taken care of that, you’d assume that your house is winterized. While that’s the largest thing to do, it isn’t the only one.

If you want to take care of this properly, you’ll need to look at a few specific areas.

How To Make Your Home Winter Ready

Get The Pipes Checked

You’ll need to put a lot of effort into protecting your pipes from the colder weather. If any are exposed to the outside, you should consider insulating them. Doing so will be much easier than you’d expect, although that could depend on where exactly the piping is.

If they’re not insulated, they run the risk of freezing over during the winter. That’ll have a domino effect on your water and other systems. You should also check your pipes for leaks. If you find any, they should be relatively easy to fix.

In many cases, installing a gasket might be enough to address it. You’ll need to make sure that you use the right gasket material, so that you can prevent rust buildup and other damage. You should be able to do all of this yourself. Some leaks - and other issues - may need a professional, however.

Get them done before the winter starts to prevent any issues.

If there are trees on your property, then you should give these a trim. The closer they are to your home, the more recommended this is. If they’re near your windows or doors, that’s especially true.

Snow and ice can build up on the branches. While the snow falling wouldn’t be too much of a bad thing, the branches themselves could break and fall. Once they’re weighed down enough, this becomes increasingly likely.

Depending on the size of the branch, this could do a lot of damage. The last thing you’d want is you or someone else getting hurt. And that’s without mentioning the potential property damage.

Drafts can have a significant impact on your energy bills. While this mightn’t be too noticeable, it can add up to quite a lot over the winter. You’ll need to get rid of these leaks to prevent this. Thankfully, this should be quite easy.

Check around your doors and windows for any cracks or holes. These will more than likely be the cause of your draft. Filling them in with some calk or sealant will fix this quite quickly. Afterwards, it’s worth sanding it down and painting it so that it matches the wall.

Replicate this process around each of your doors and windows to maximize the impact. Once you’re done, you shouldn’t have to worry about any more drafts.

You don’t need to live in an area affected by many storms to install storm doors and windows. Putting them in could reduce your energy bills significantly. That’s primarily because they’ll let much less air in and out of your home.

That’ll make sure that you prevent any cold air from coming in. Since there’s no hot air going out, you wouldn’t need to worry too much about heating costs. Depending on where you live, there might be some tax refunds or similar initiatives that can help with the price.

That should help make them much more affordable.

While you might already have insulated your home, it’s worth giving it an inspection. If it’s been a while since it was installed, this is especially vital. Over time, insulation can be damaged or worn down.

You’ll need to find any parts that have suffered from this. If there are any, then you’ll need to fix them. In most cases, you’ll need to remove the damaged part and replace it with new insulation. That should be relatively easy to do, although it will take some time.

Not many people know that they can reverse their ceiling fans. If you’re wondering how this relates to winterizing your home, you could be surprised. Typically, ceiling fans will blow cold air around the home.

Once they’ve been reversed, however, they’ll spin in the opposite way. That’ll make them force warmer, lighter air around the room instead. If you want to keep the heating off but want to feel a little warmer, this could make all the difference.

It shouldn’t be difficult to take advantage of this; most ceiling fans have a button that you can press to make this switch. Just remember to switch it back once the warmer months come back.

Knowing how to winterize your home is half the battle. The rest is to actually do it. While it might take some effort, it’ll save you much more in the long term. It’ll also save you a significant amount of money.

Not only will you save on any potential repairs, but your electricity and heating bills should be reduced. What’s stopping you from giving it a shot?

This is a collaborative post.
Posted by fun as a gran at 20:42 No comments: