Fifi is back at school after her exams this week, into her final year, what we call 6th year and has her choices picked but some of these may change if she does not get the results she hoped for in her exams.I am sure she will. She may need to change if she needs to resit.
Sat and watched my way through "The Kettering Incident" was quite good but a strange end.....not sure if it has been left open for season 2 or not. Started watching Tunnel as well, bits in both French and English as a police programme based on a murder in the Eurotunnel.

DD3 and SIL3 were away for a long weekend for his 30th birthday last week, went to do a Silverstone experience plus a few other things. While they were away they wandered into a shop and he spotted wool, and bought this for me. Beautiful colours, I especially like the florescent yellow and orange in the middle, it will go lovely with the multicoloured either side of them. 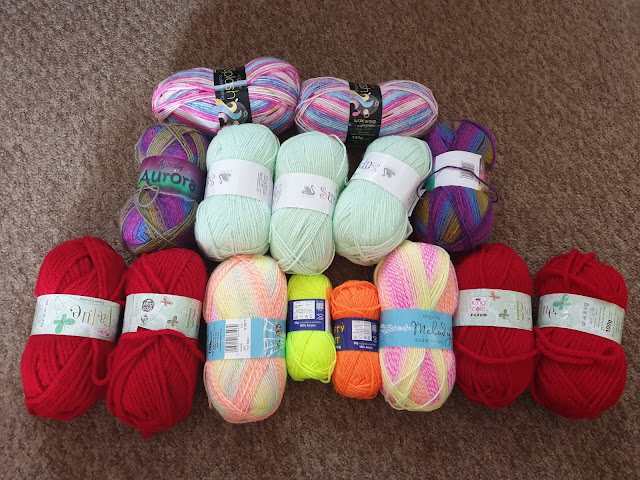 Monday
A run into town and then our friend came back here where friend did another project in the shed and then went fishing after tea; Was about 11pm when hubby got back because it is light until gone 10 now.
Fifi came up to pick up information I had printed for DD1 as her printer was out of ink and she is doing her final exam of the year for her open uni course tomorrow and needed it to take with her.
Fifi  really is a very nice, considerate, pleasant young lady who seems to have her head screwed on right ( most of the time). She was here for about 45 mins.
I bought this wee box to hold my knitting to keep my corner in the living room a bit tidier. 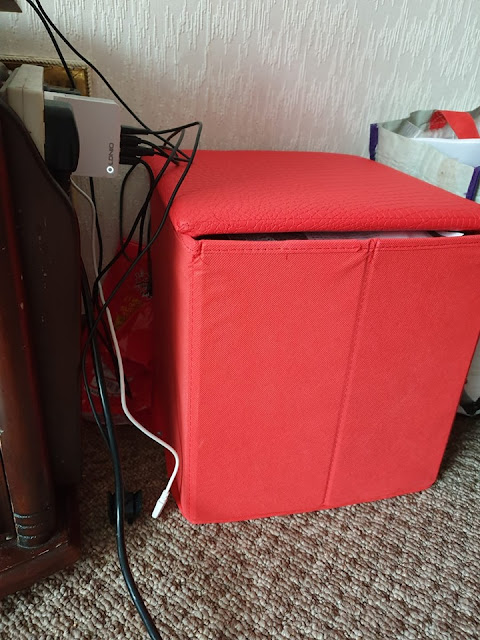 Dropped hubby off at the red bridge where him and dog walk the 2.5 miles to friends house, one of the big benefits of friend is how active this has encouraged hubby to get. .
Fell asleep when I got home, but needed to go and do some shopping, so we headed to Irvine and walked the dog at the beach park first and then shopped. I did buy throw in the oven food for tea as it could have been cooking while I unpacked the shopping, but realised it was gone 9pm time we got home and I did not fancy eating anything cooked that late at night. So a sandwich and a doughnut was had instead. 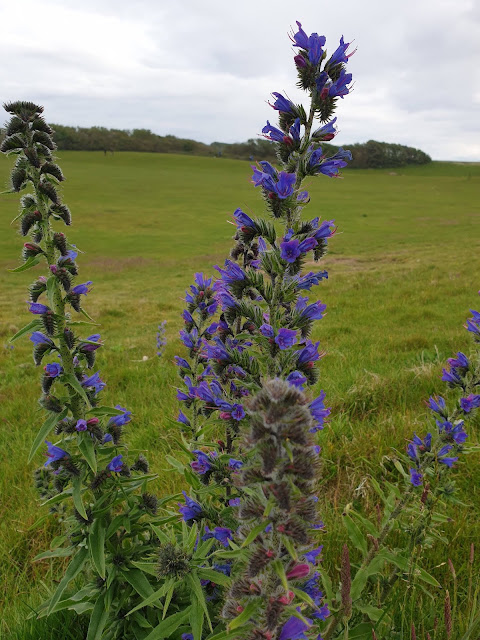 Nothing much happening. A walk round the fishery "before it rained" but the rain never appeared.
Phoned for a GP appointment for a named GP as she has been dealing with me lately and managed to get one for the same afternoon. We agreed a change of inhalers but to leave everything else the same at the moment. On maximum doses of other medication already.
To go back in a month for an asthma review.
Managed to get signed up to our GP Practise online so now can order prescriptions and make appointments without phoning.

Again it was forecast for heavy rain so the plan had been a pile of housework and then I was determined to sit and spend some time with a crochet pattern, I have crocheted since I was about 9 but have only ever followed a pattern, only thing I have ever made has been granny squares made from treble stitch, I want to be able to do more.
The rain never appeared so we went for a two hour walk down the woods with dog, came back and did housework and then did some crochet. Took a ridiculous time to make a few small squares but it was a learning curve.
I have a knitted project on the go and usually finish one piece before I started another but decided not to this time. Think I may have to buy another box for my crochet.

A walk round Auchincruive with hubby and dog, getting rather overgrown on the top path so made for a difficult start to the walk with branches and bushes spreading into the pathway.
Bob has his last week of gymnastics as our schools break up next week, So I took the three wee ones to the park while DD1 picked Bob up. They love to play hiding on the way back home, the three of them crouch down behind a bench and I have to pretend I have lost them till they jump up and shout boo. They also hide behind this container. I crept up on them as they were running away. 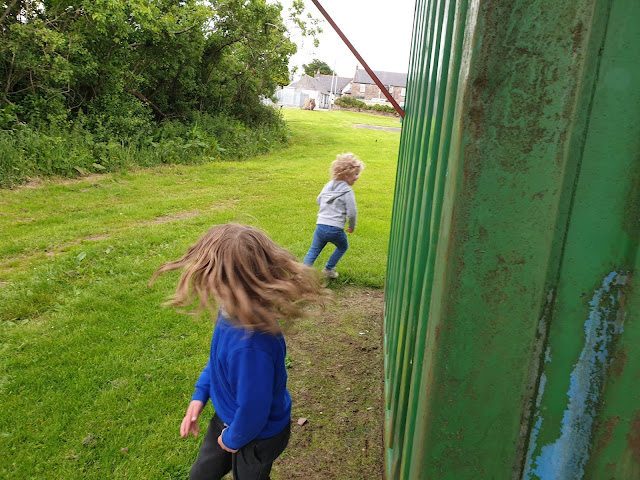 DD3 and I are away for a bike ride as part of  Women's Cycle Festival Event run by Active Travel hub. Did invite Fifi along but she has other plans.
I got to use an amazing electric bike, even had an auto gear changer, I have always struggled with gears and use to stick  mine in a middle gear and left it there. So if any of you have £2,200 lying around spare give me a shout and I will buy one. I did not use the electric boost for a lot of the way but wanted it in case I struggled with my breathing, but I didn't. We did 8.9 miles on the bikes and then we walked another 4 miles round the town and over to meet hubby with the car to come home again.
I won a book called Knit 1 Bike 1 a knitting and cycling tour of Scotland, a good win for me. 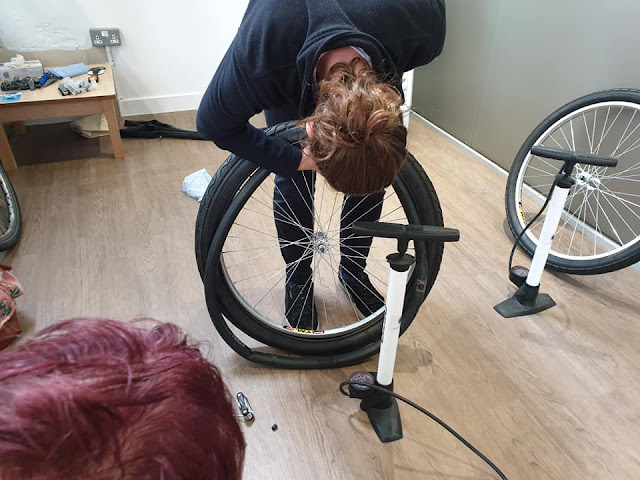 
You are invited to the Inlinkz link party!
Click here to enter
Posted by fun as a gran at 20:53