Mixed fun in the sun.

Had the children on Tuesday this week as mum and dad were away for the night. The weather has been brilliant and as the school holidays are well under way up here there was no really need for a set bed time so we popped off into Ayr to do a few things.

First off all we decided to do some geocaching. The children enjoy this and we not been for a wee while. We decided on a trail through the park that I have done before on my own. Cant find the first in the route and thought three heads are better than one, but we could not find this at all. We had taken some swaps with us so they could swap with something else in the tubs we found. 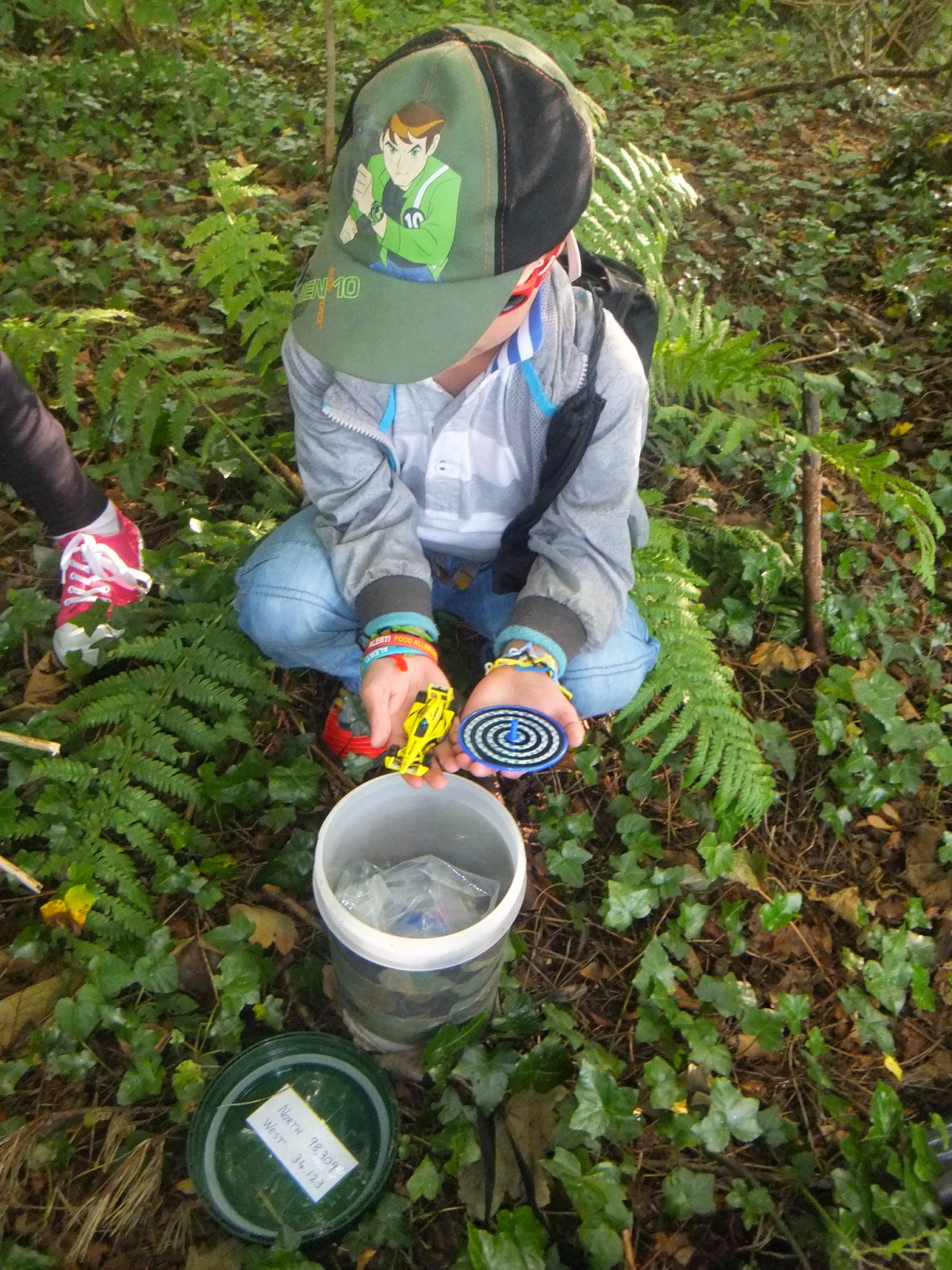 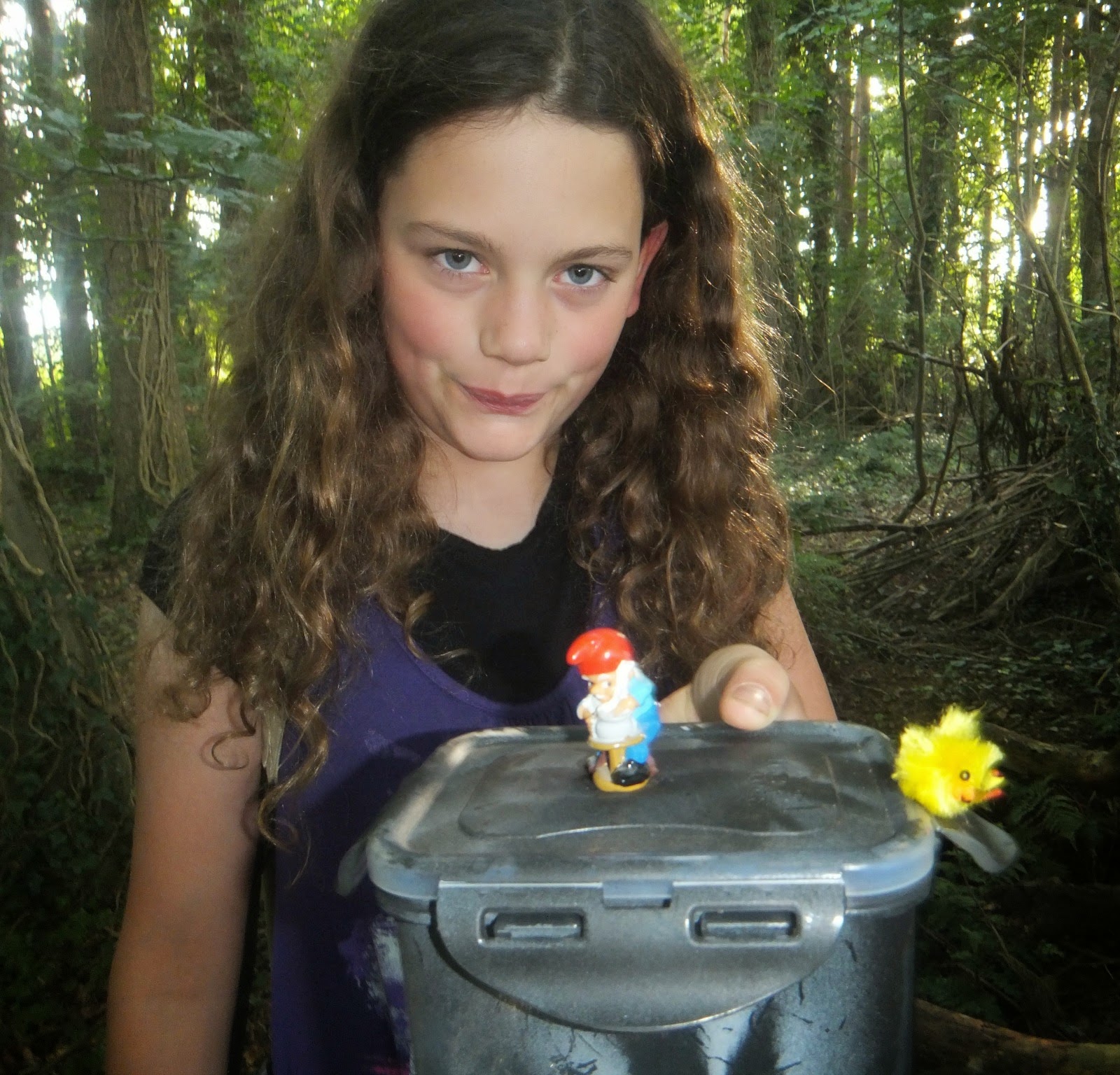 I had planned which way we were walking so that we ended up where we needed to cross a main road. This gave them the chance to carry on caching or play in the park that was there. Fifi is nearly twelve and goes off to secondary school after the Summer. Some times she is quite grown up other times she is eleven and is happy to play in the park. They opted for playing in the park.

The two of them played happily together on the tyre swing. 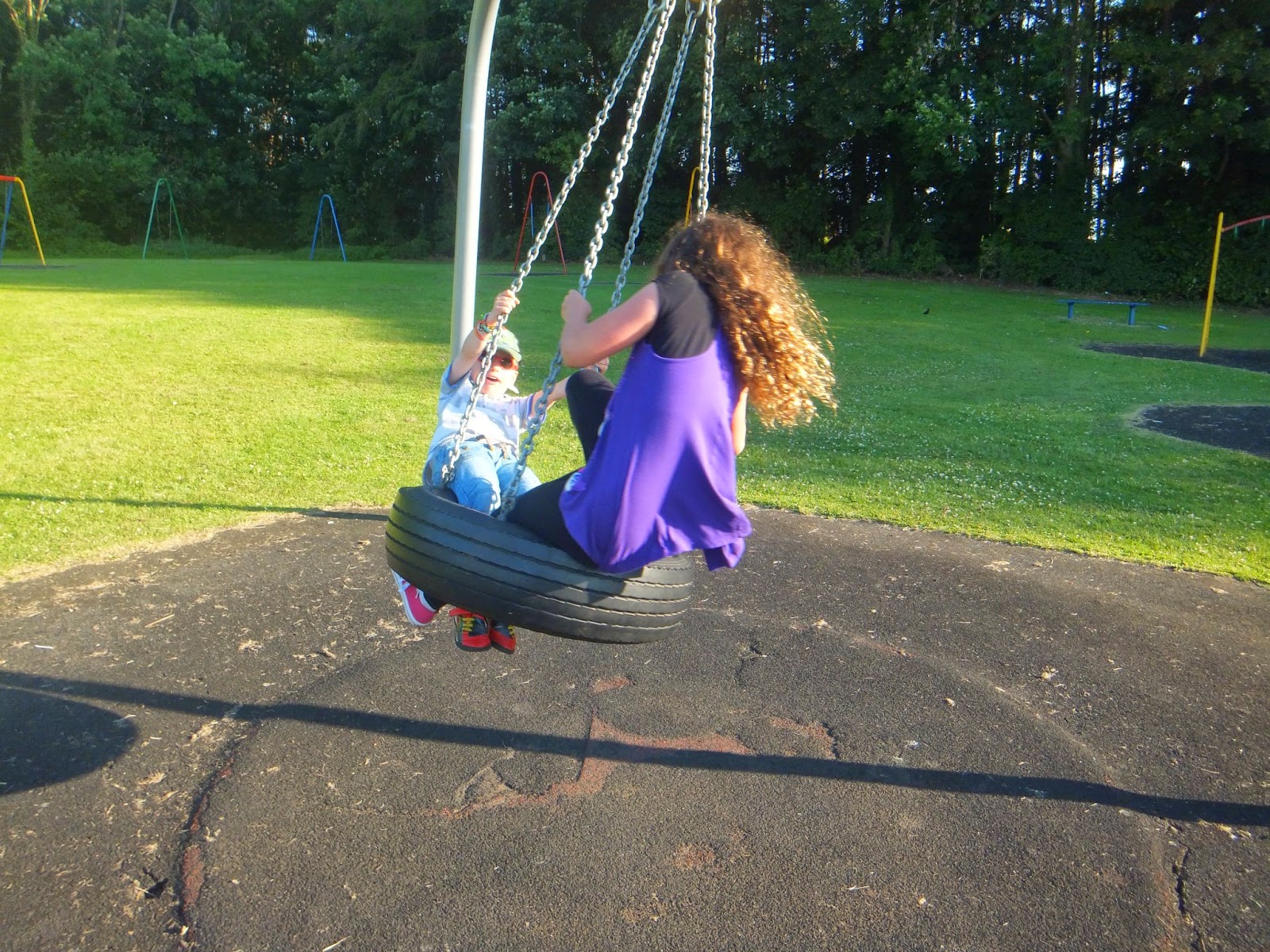 The slide built into the hill side provided lots of fun. 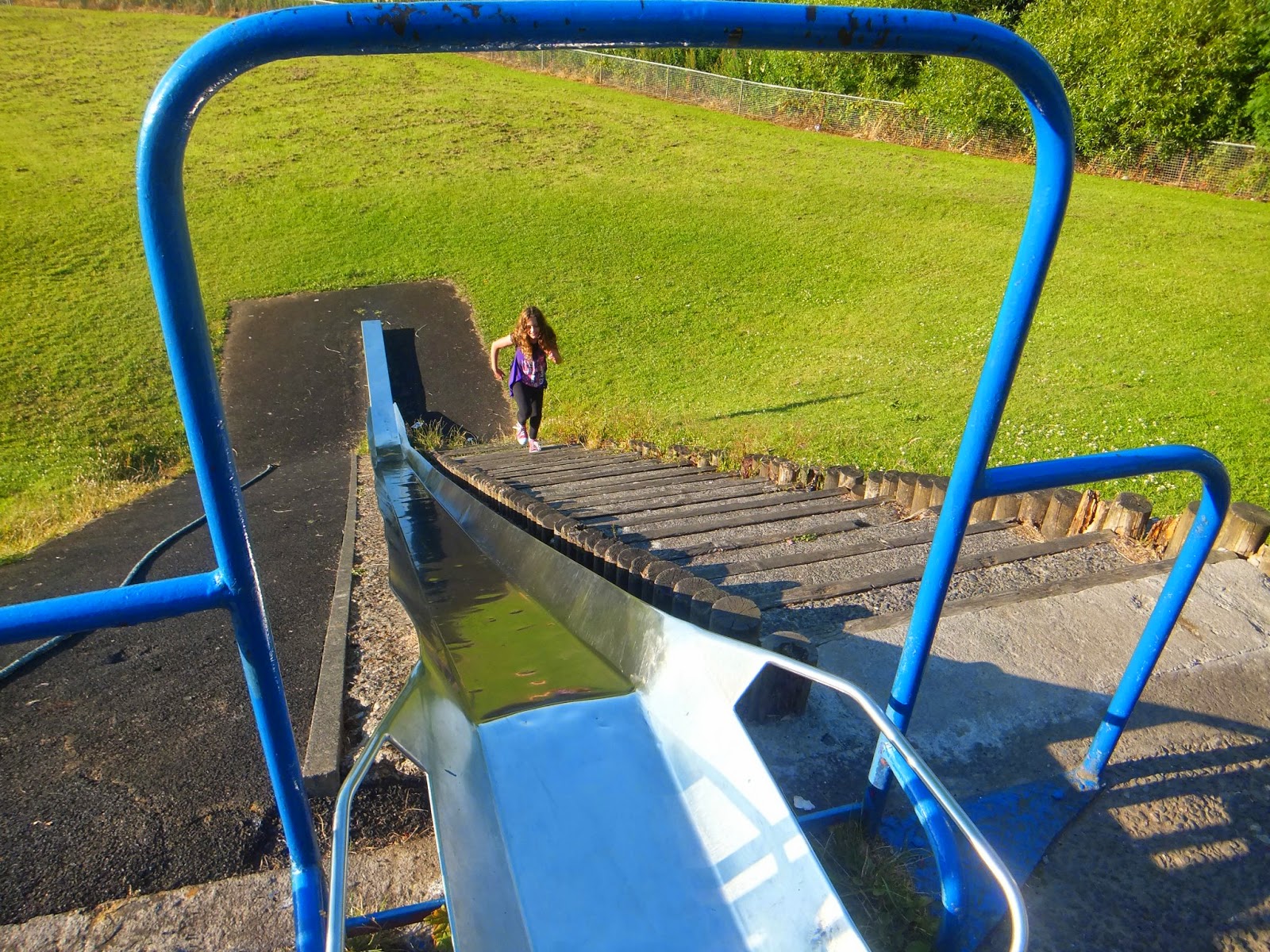 Fifi asked me to video her on the side. Dont get this opportunity too often now as she usually objects to being videoed, so when she asks I make the most of it.

At this point two other children came and played with them, and it was difficult to get pics of my two without one of them in so thats all we got.

One of the reasons we had decided on playing in Ayr was because a friend of ours was going fishing on the pier at high tide and we wanted to take Bob along to watch ( and maybe even have a go). So after the park we drove down to the beach.

Sitting in the harbour was the PS Waverley. I have always wanted to go on this ship, just because its the last passenger carrying paddle ship in the world, and it sails from the local harbour during the summer months. Sadly its approx £70 for the two of us to go for a day out on it so its never likely to happen. 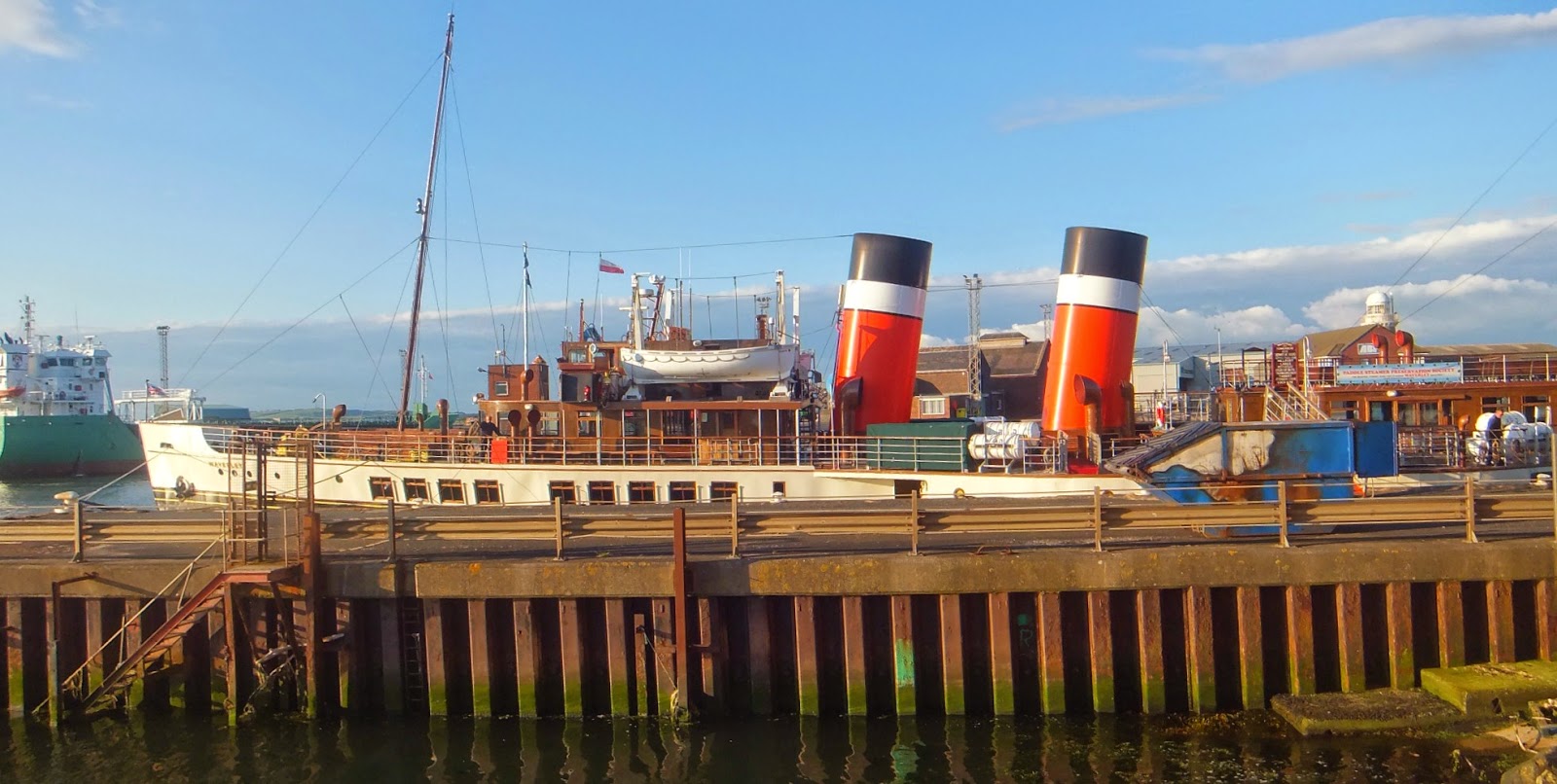 We were just going to wander down to the end of the pier when our friend came cycling over, the fish were not biting and so he was giving up. Not a lot of point in going to the end of the pier now so the children went to play on the beach instead. Fifi has to take her shoes off on the beach, so the two of them removed their shoes. Bob put his back on again within a few minutes as he hates the sand but has to copy his sister!!.


By now it was nearly 9pm so we headed back to the car and home. The children enjoyed the variety of the evening, and again all for free and made all the more pleasant by the sun.