When we had been on holiday OH had taken a picture of a heron that "resides" at one of the Historic Scotland properties we visited. They had said to him at the time if they got a good picture could he send them a copy, so we did, and got this lovely letter back from them. 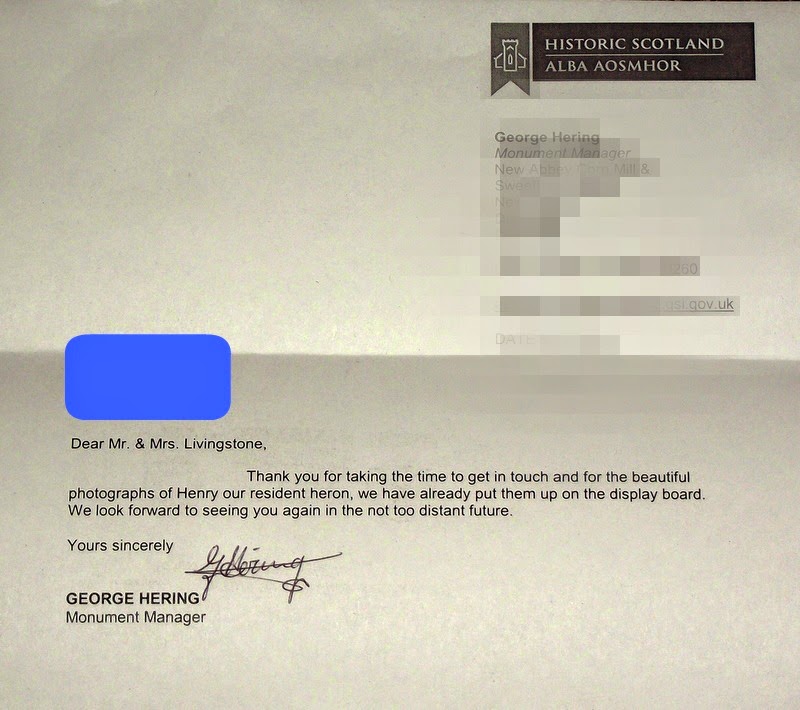 Here is Henry, the picture he took that we sent them. 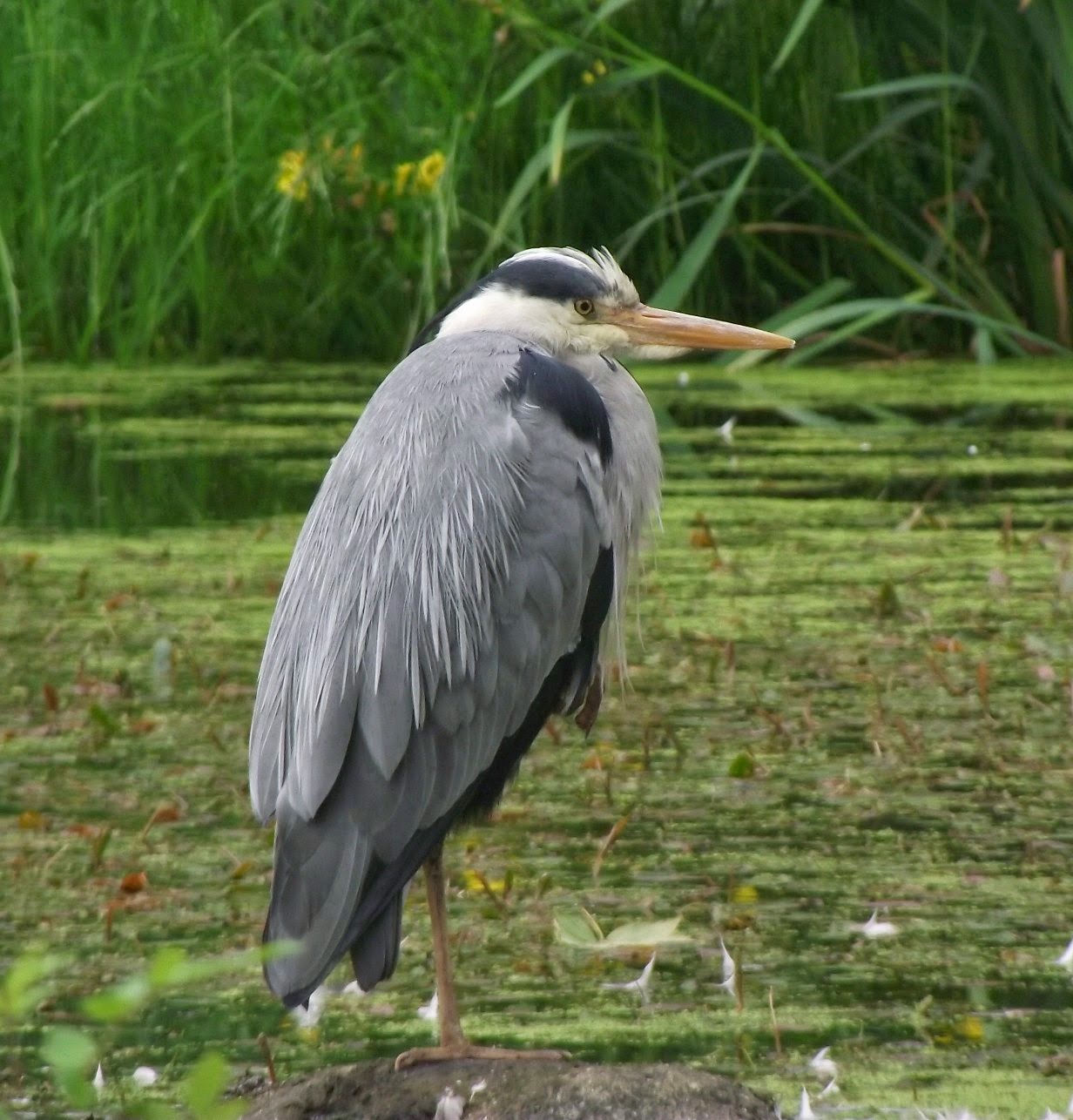 My broccoli plants have been savaged by caterpillars. So having seen other people watching them turn into butterflies I decided to keep a couple so the children and I could watch them change.  Here he is on day three. Love the way you can see the wings starting to develop. 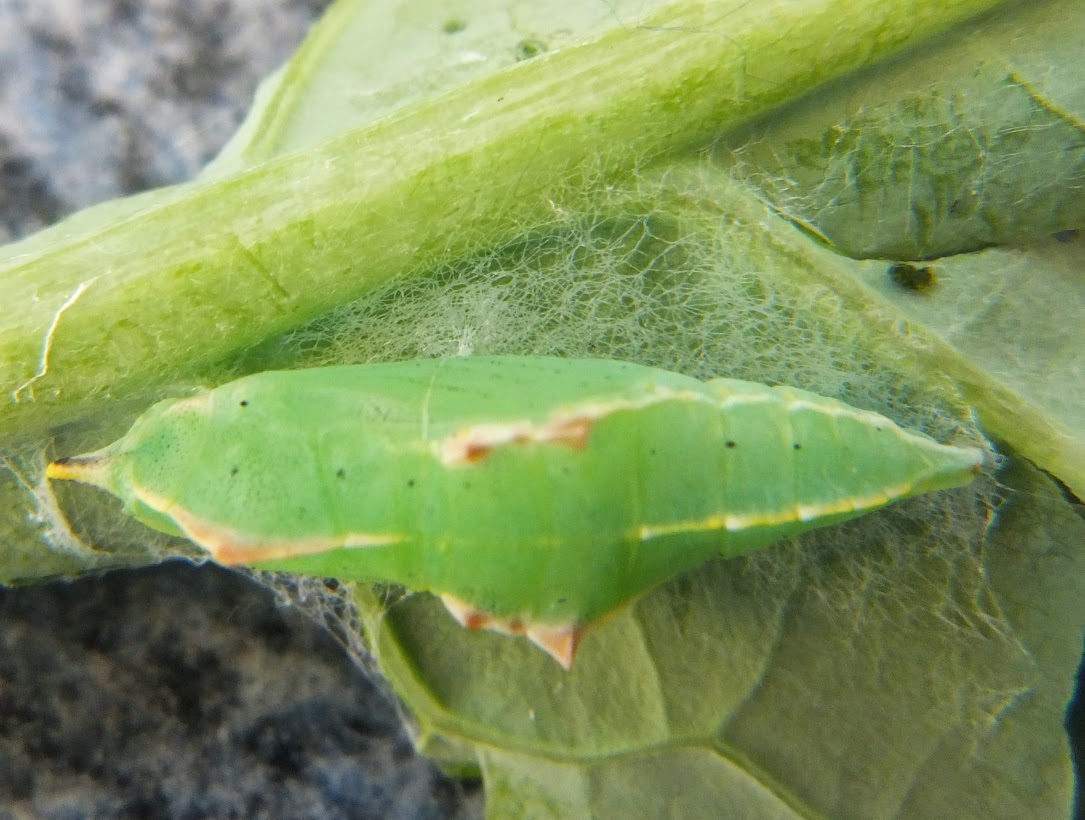 Had the children tonight instead of the normal Thursday as their mum and dad were away having a Spa Day bought for them as a wedding present by daughter No2. They thoroughly enjoyed it despite the fact they took the twins. It was a lovely evening so we went and did some geocaching in a local park, followed by a play in the park and a wander along the beach.

Was our visit day to Son No1 and so as usual with the weather being nice we did some geocaching while we were in the area anyway. We went round Gartmorn Dam, getting there bit by bit with finding all the caches, I would say one more visit would suffice but not sure I am going back there after the rest of this week. All will be revealed if you keep reading.

While we were walking round the dam yesterday I got bitten quite a few times, nothing I noticed particularly at the time, but this morning they were a bit itchy. Normally a good scratch, pop the tops, they itch for a few days while they heal and nothing more. But not sure what bit me as the one on my hand went black and my hand swelled up that much I thought my skin was going to burst. The two on the top of my arm were different, but also swelled up and became very hot and very very itchy. By 7pm the swelling on my arm had spread from wrist to arm pit with my whole arm being red and unbearable so OH ran me to A&E. They have me high dose antibiotics and piriton and said had I left it till the morning I would have needed admitting for intravenous antibiotics.
They have no idea of what bit me but they suspected the two on my arm were horse flies, the one on the hand they have no idea.

Have been using a bag of frozen peas to try and take away some of the pain and itching.


These pics were taken this morning (Saturday) of the bites. Some of the swelling has gone done some. The hand is on the RHS if you have any idea, it had been black where it is now red.

When the children had been here the other day they had been playing with Morph that I had made for the twitter party I joined in with last week. They both designed their own model, Bob made a cyclops Morph and Fifi and unicorn rabbit. 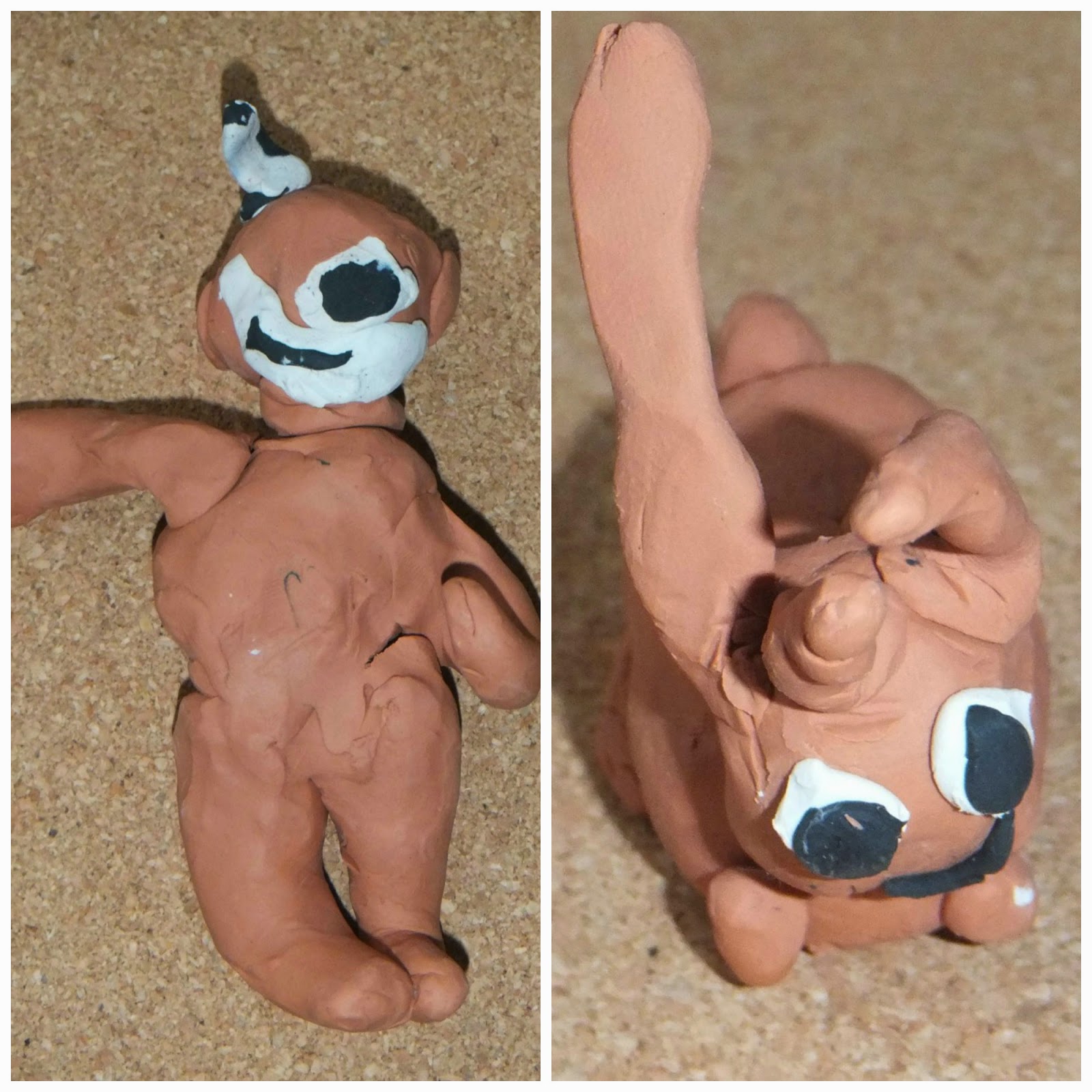 When I was joining in with the Morph twitter party last week I had won a prize. My signed book turned up this morning. 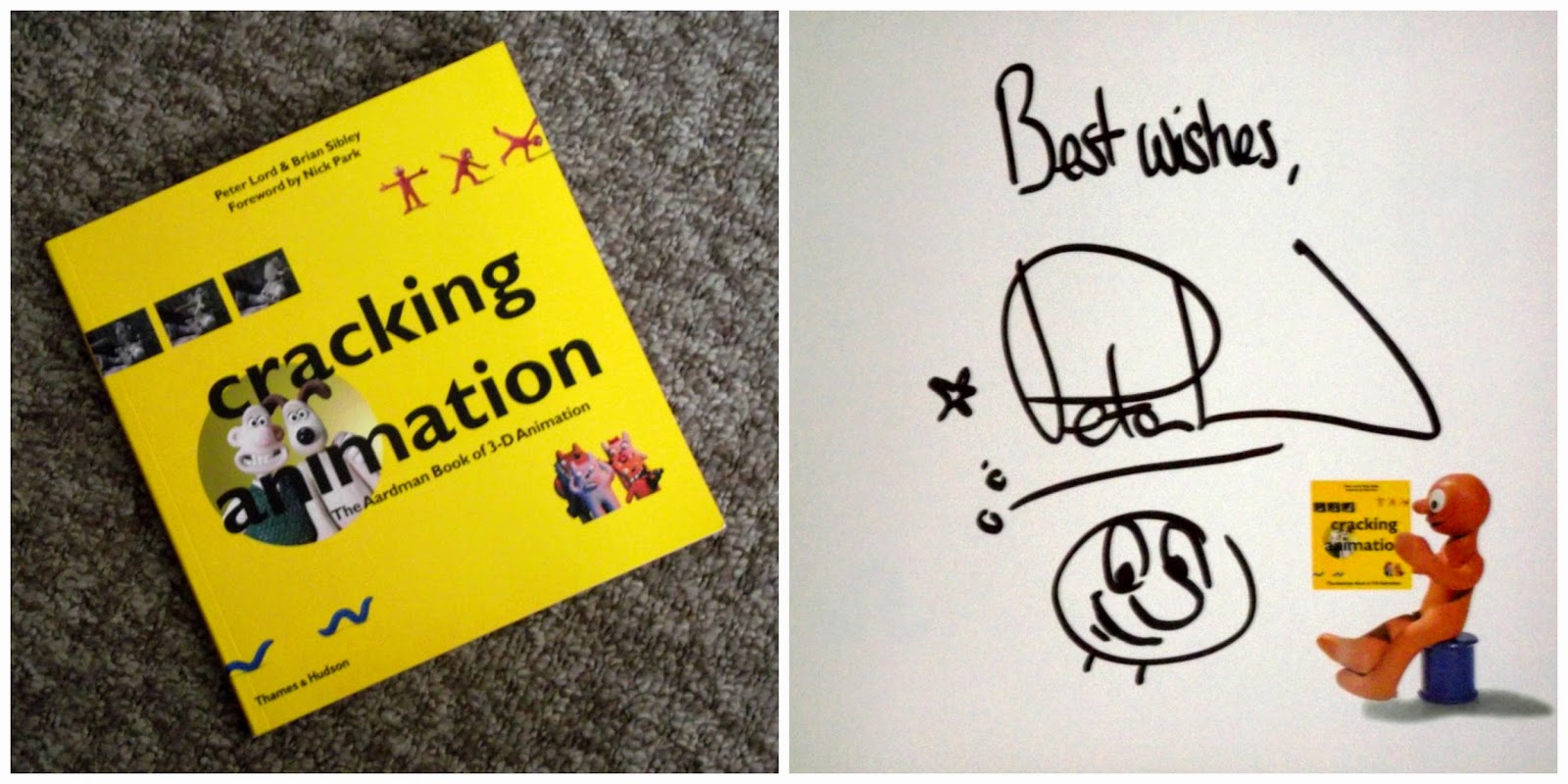