A Thursday morning experimenting in the kitchen.

I had a rare day with the house all to myself and so decided to potter through to the kitchen to experiment with a few different ideas. I had seen a Facebook posting the other day looking for ideas on filling healthy breakfasts and somebody shared some easy overnight oat recipes. Now one thing that I know is good for me is oats, but no matter how I have tried in the past I just cannot tolerate the texture of oats once they are cooked into porridge, and so I was quite excited by this link.

I had some coconut milk in the fridge so I decided to use it and give this a try. Some of these recipes recommend adding grated raw fruit but as I am intolerant to most fruit raw  I adapted them to suit my own needs.

So I took half a pint of coconut milk and half a pint of oats and added the two together. I then added a very large handful of raisins and popped it in the fridge for twenty four hours. It swelled beautifully, and I have to say it was very edible, not soggy or slimy. How much easier does a recipe get? 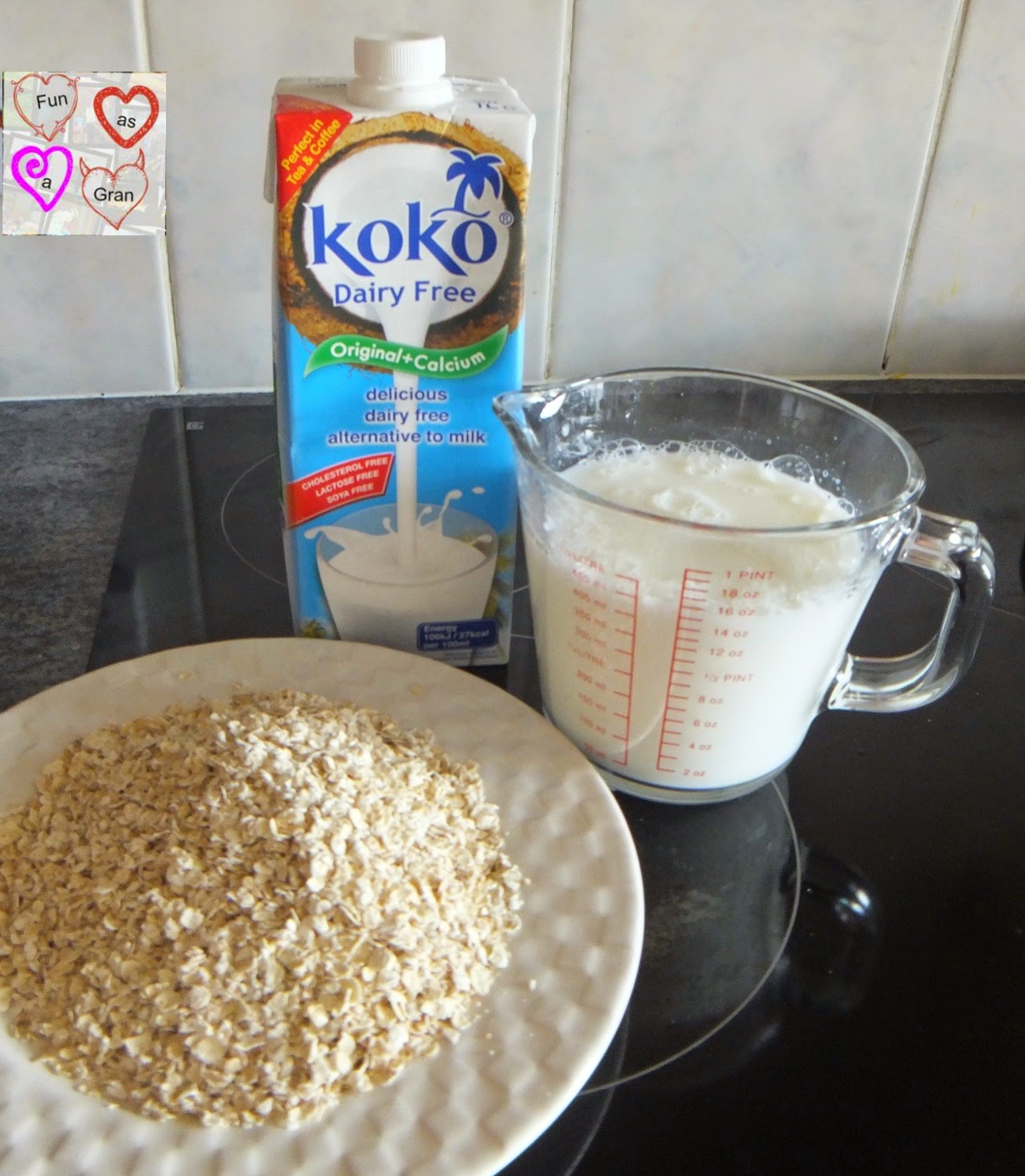 Think rice pudding texture. I served it topped with cooked fruit, a mixture of bananas, pears, blueberries and strawberries. The milk gives a delicious coconut flavour and I am sure you could add dessicated coconut along with the raisins. 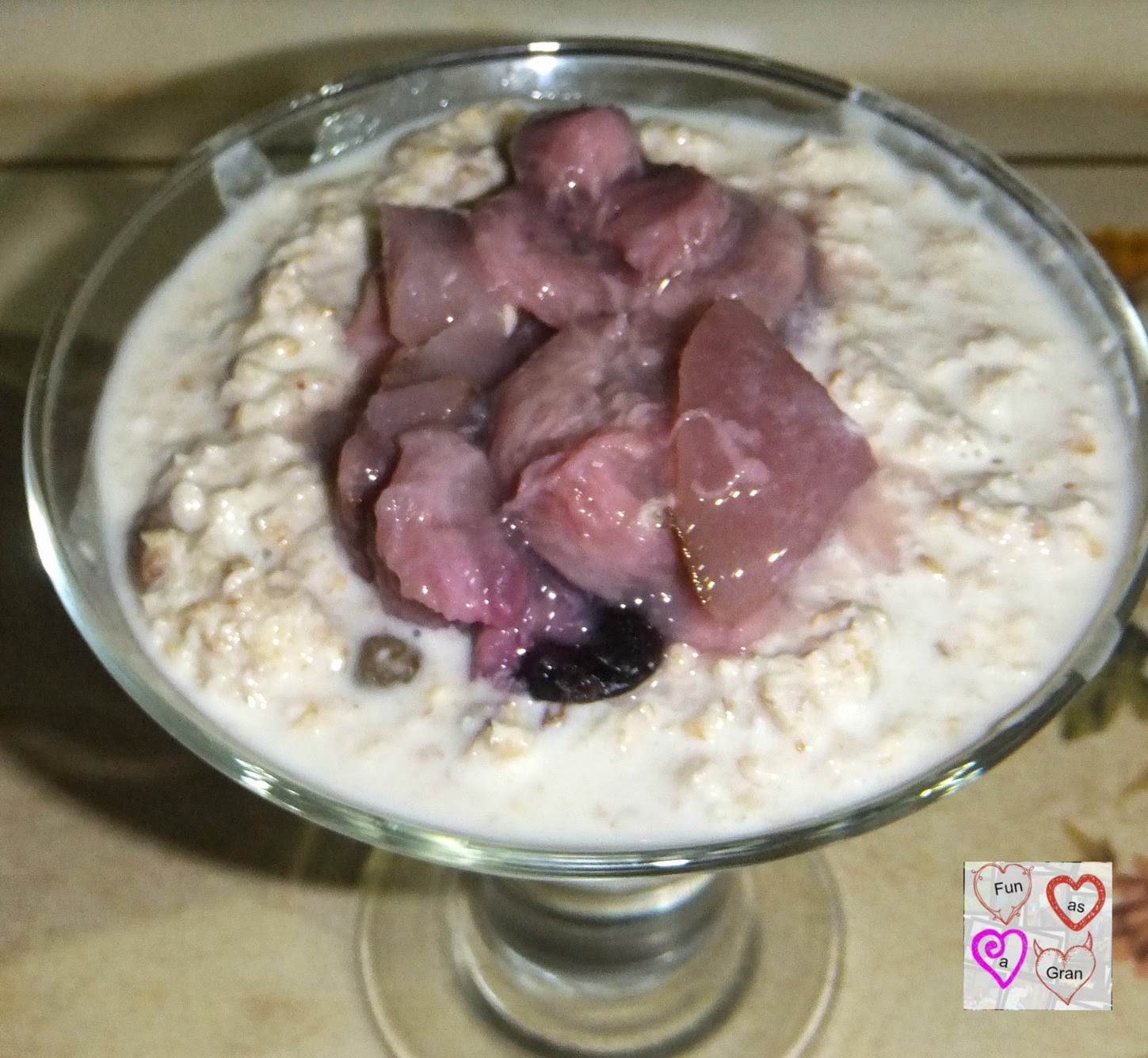 Now as I had the milk open I decided to come up with other ideas to use it up.  The other week I made some bulgar wheat soaked in fresh orange juice and so decided to soak some in coconut milk this time. 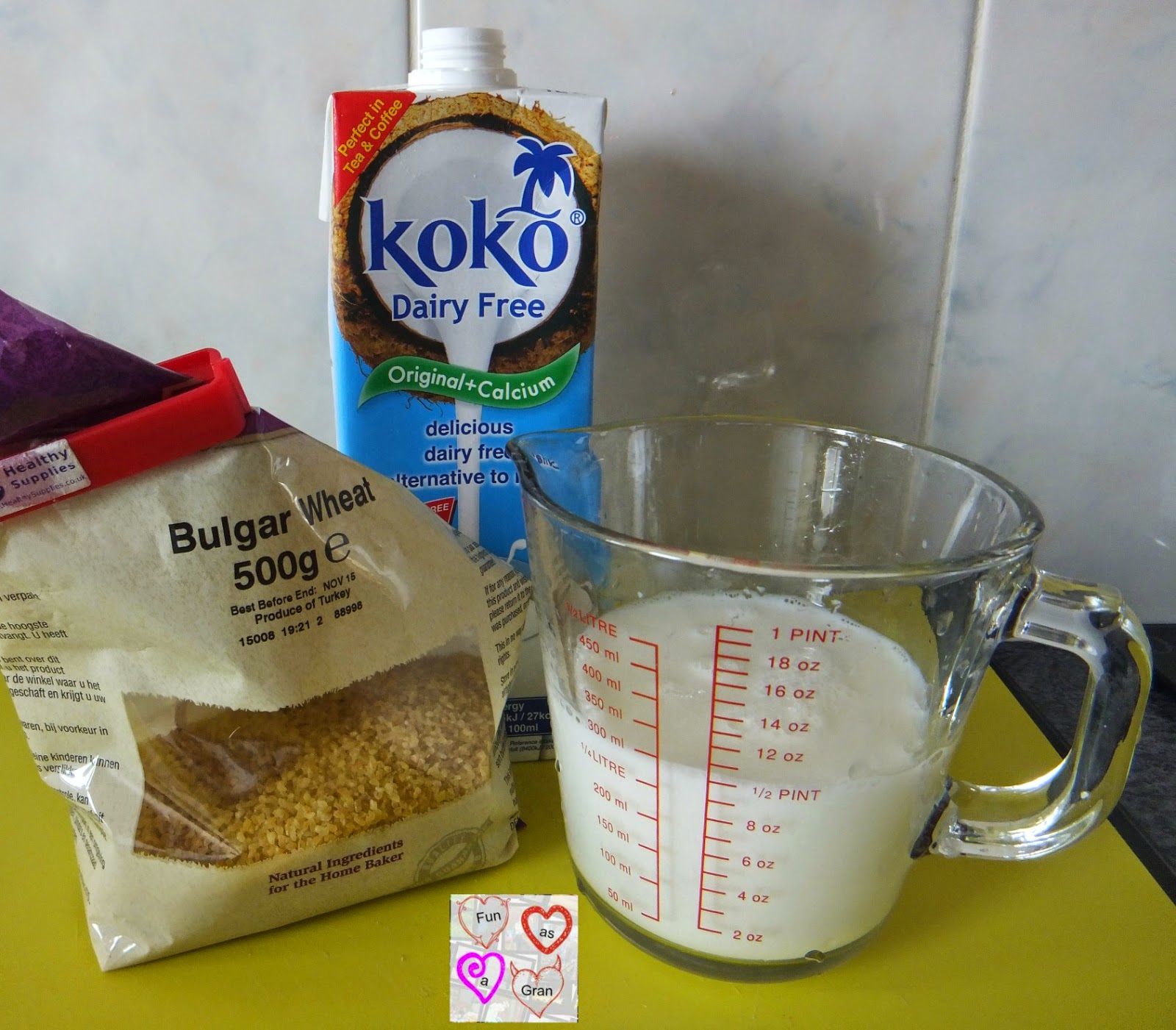 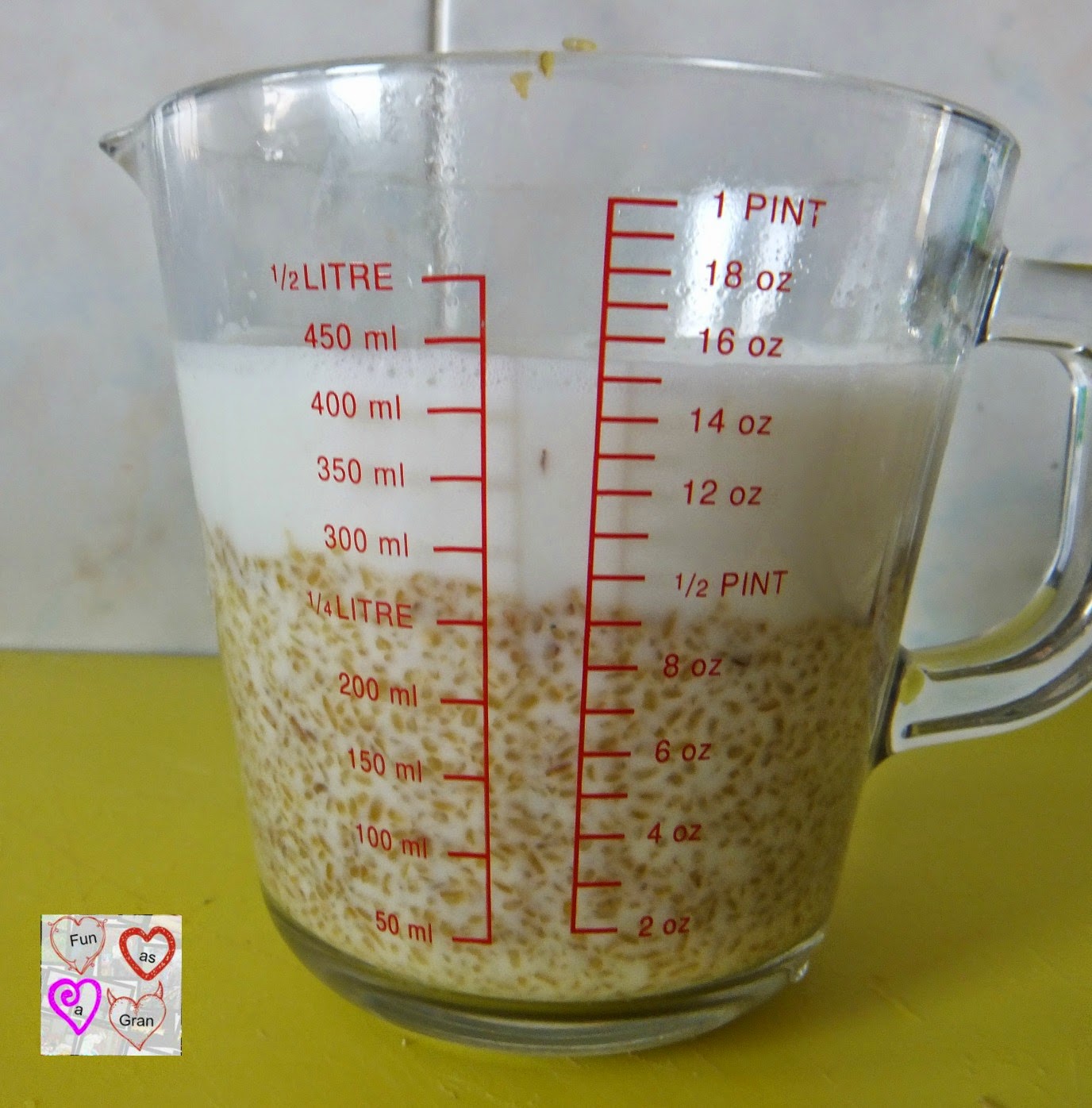 and it will swell to twice its size. 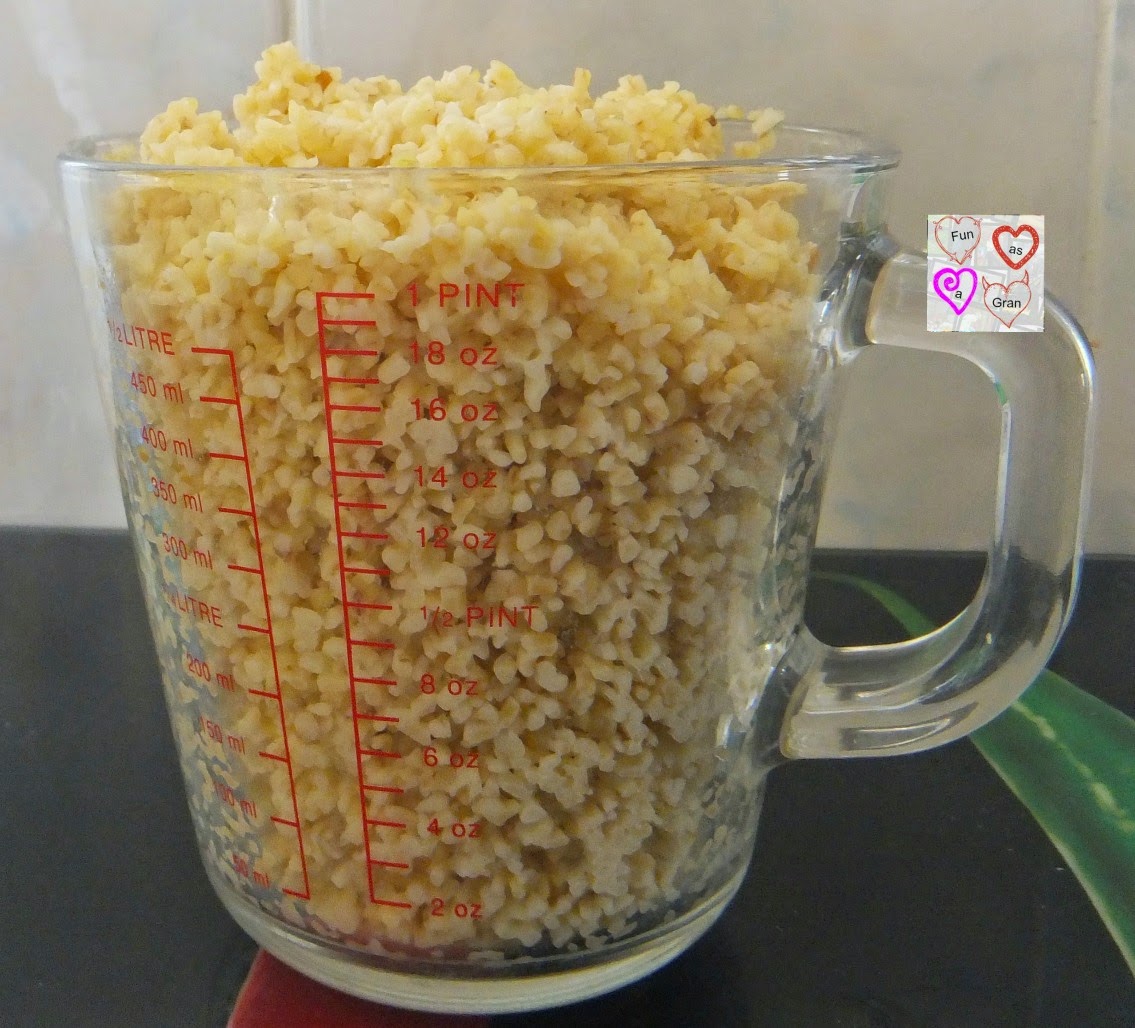 Refrigerate until required. I have eaten this topped with yoghurt and cooked fruit. It could also be stirred through your cereal or added to home made pancake mix as I have done with the one soaked in fruit juice. 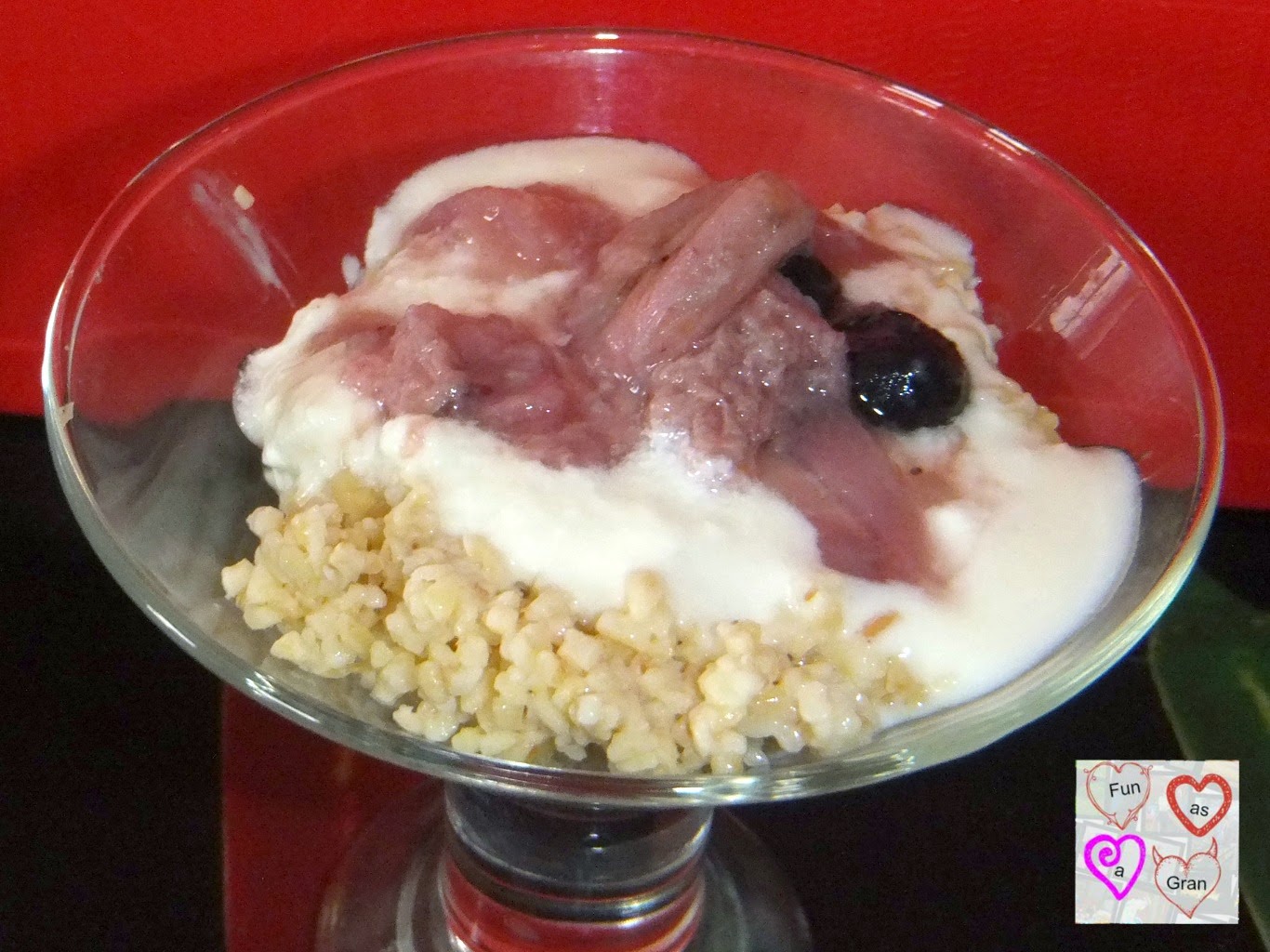 To use up the rest of the milk I made a banana and strawberry milkshake. 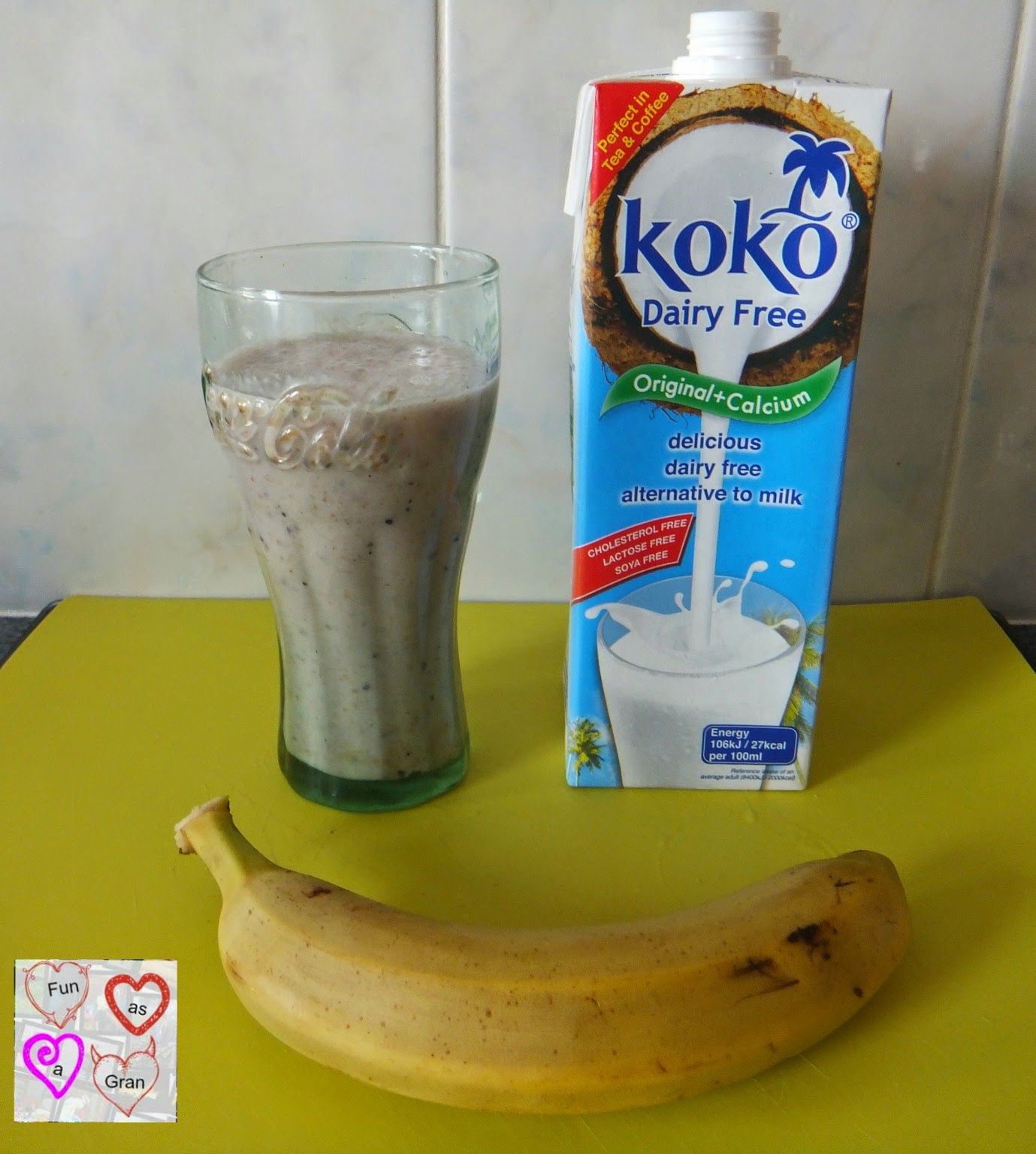 I also sliced various fruits and caramelised some pears, apples and strawberries and added them to the bottom of a baking tin and topped with sponge, the small ones were suitable for Bob, the big one just normal sponge was added. 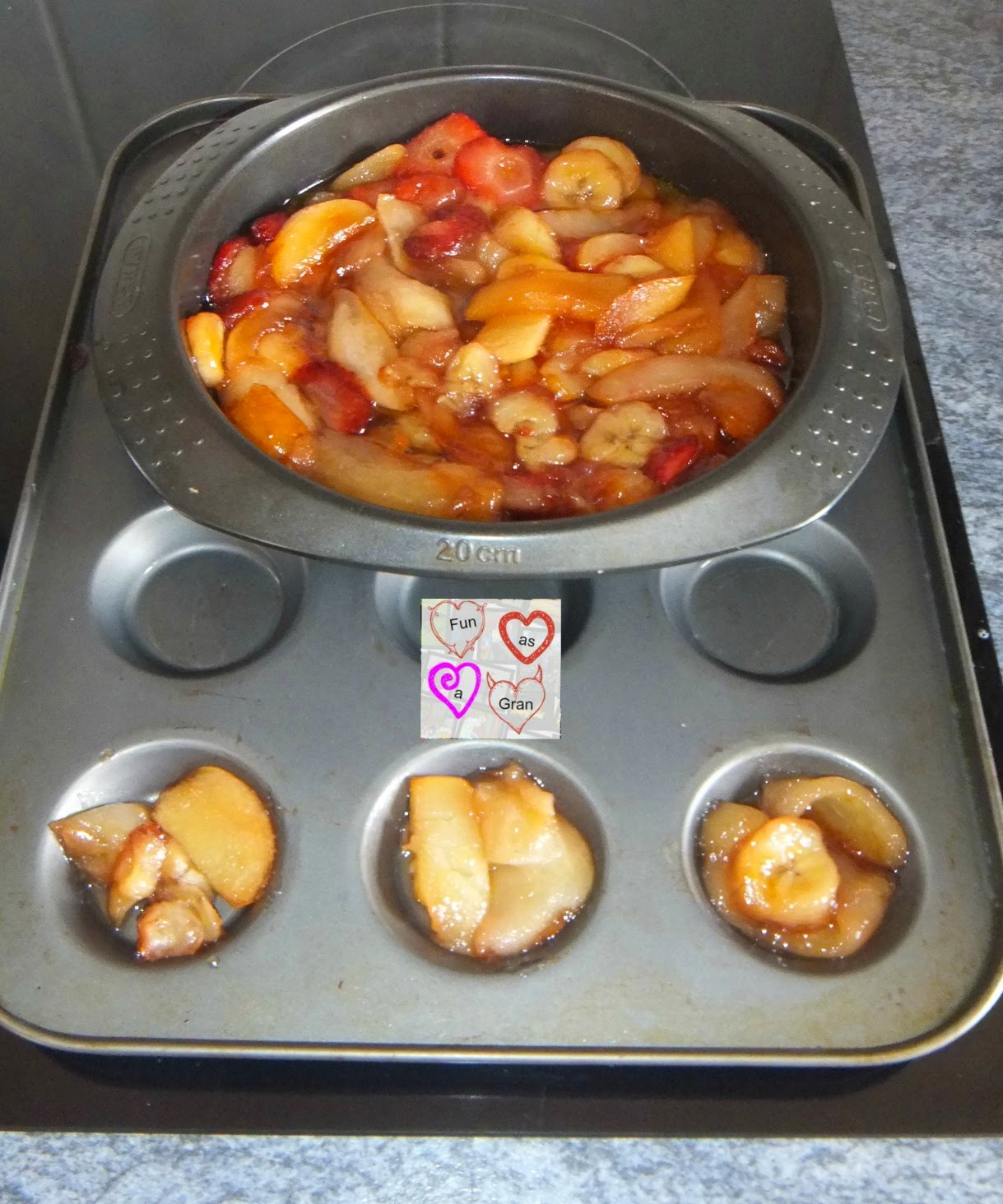