Took the weekend off work, needed to use up the last of my holidays. Daughter No2 was down for the weekend as so we decided to take her dog for a good walk before they started their long journey home. He was stood nice until I got the camera out and then would not. 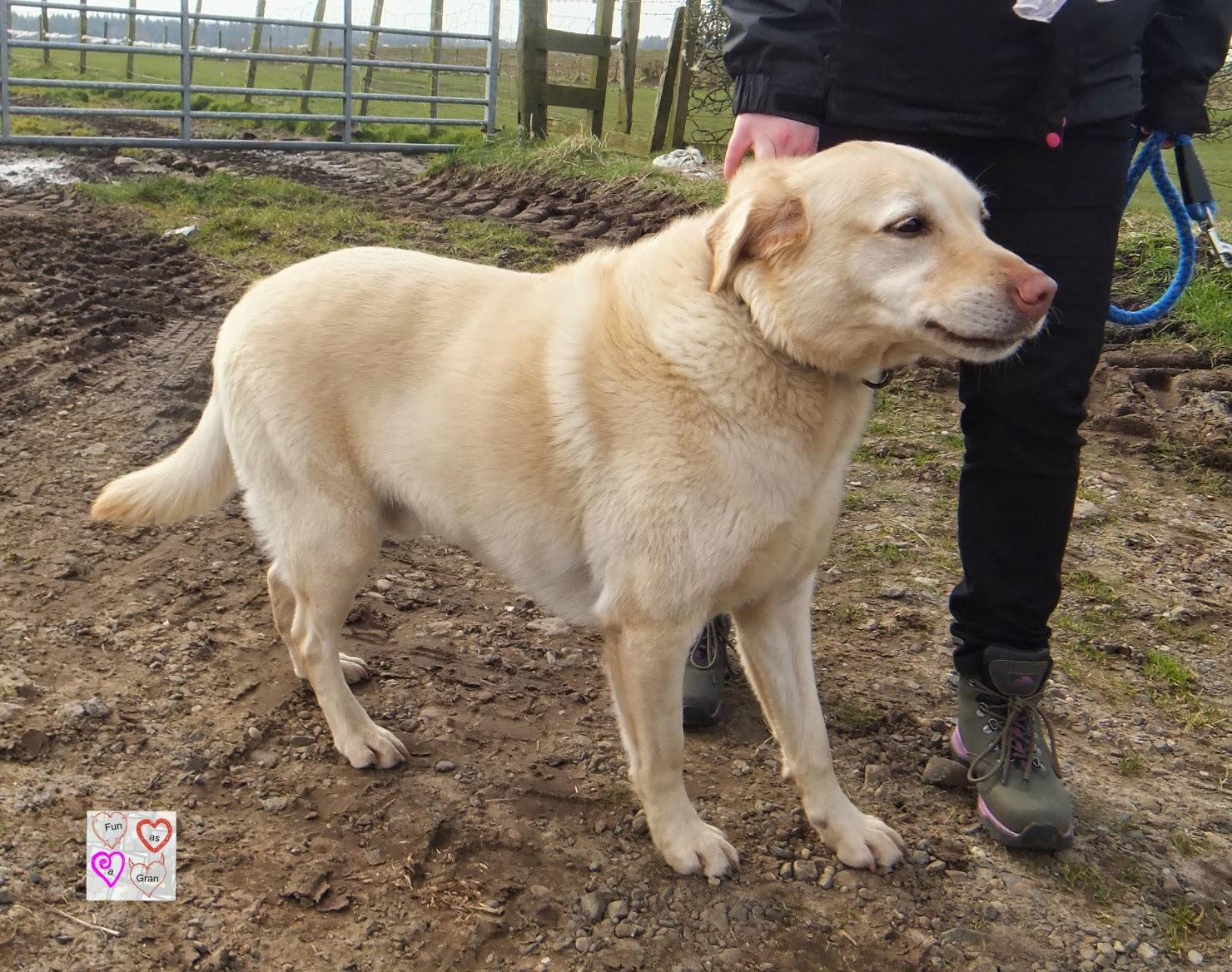 Husband has been busy clearing out the sheds in the garden as part of the revamp and so we had a lot of rubbish to go to the dump. Thought we might as well go a walk along the river while we were out as it was a nice day. 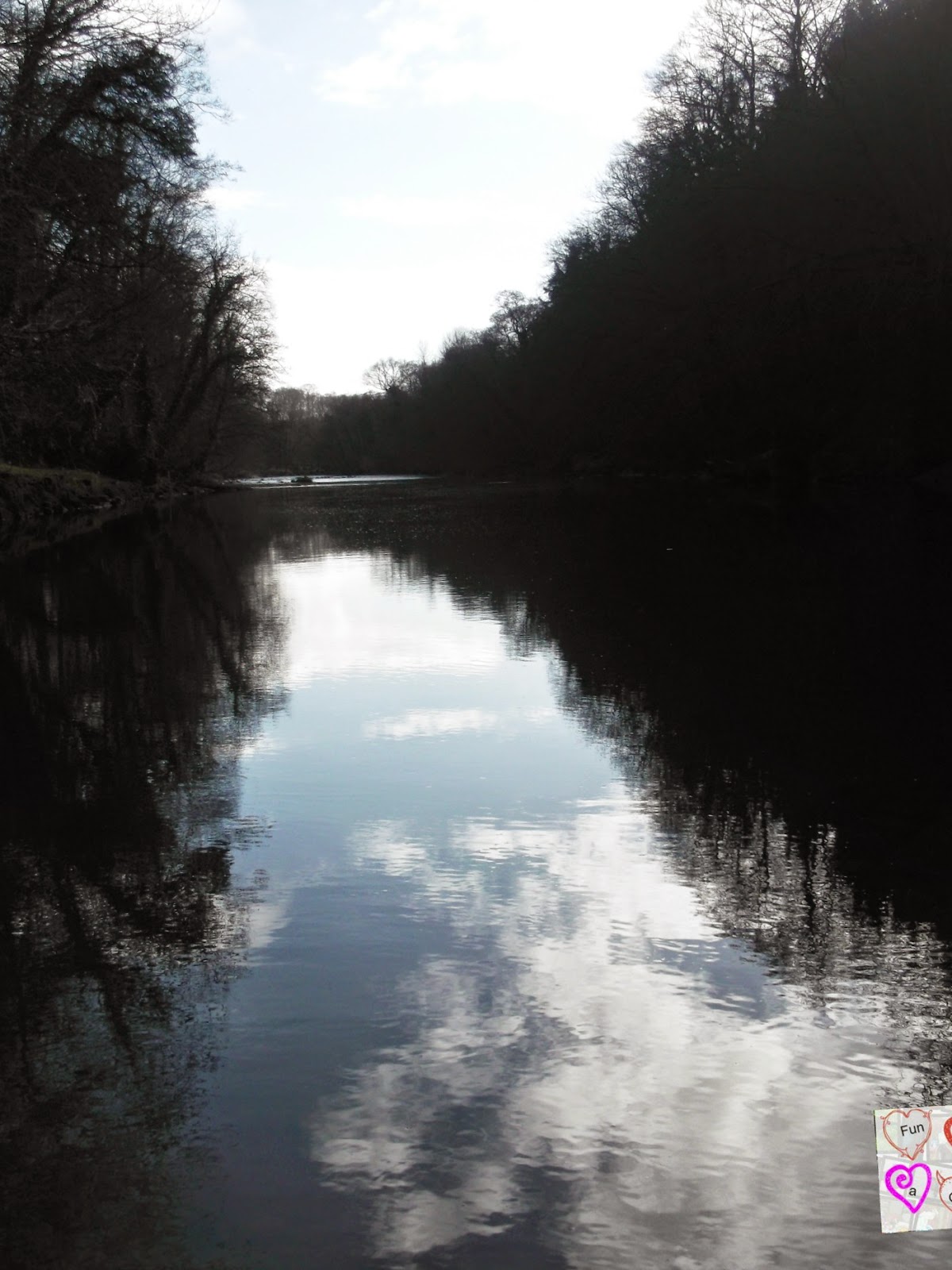 I am hosting my first ever geocching event on April the 11th, based around Tunnocks tea cakes and our other national drink. We approached both companies to see if they could maybe send me out a few badges or other bits and pieces to give away. One company said no, the other gave me seventy two tea cakes, two aprons, two tea towels, two caps and some trolley tokens. I am using one of each as a give away on my blog and the tea cakes and the other items will be given away at the event. Much more than I expected from them. 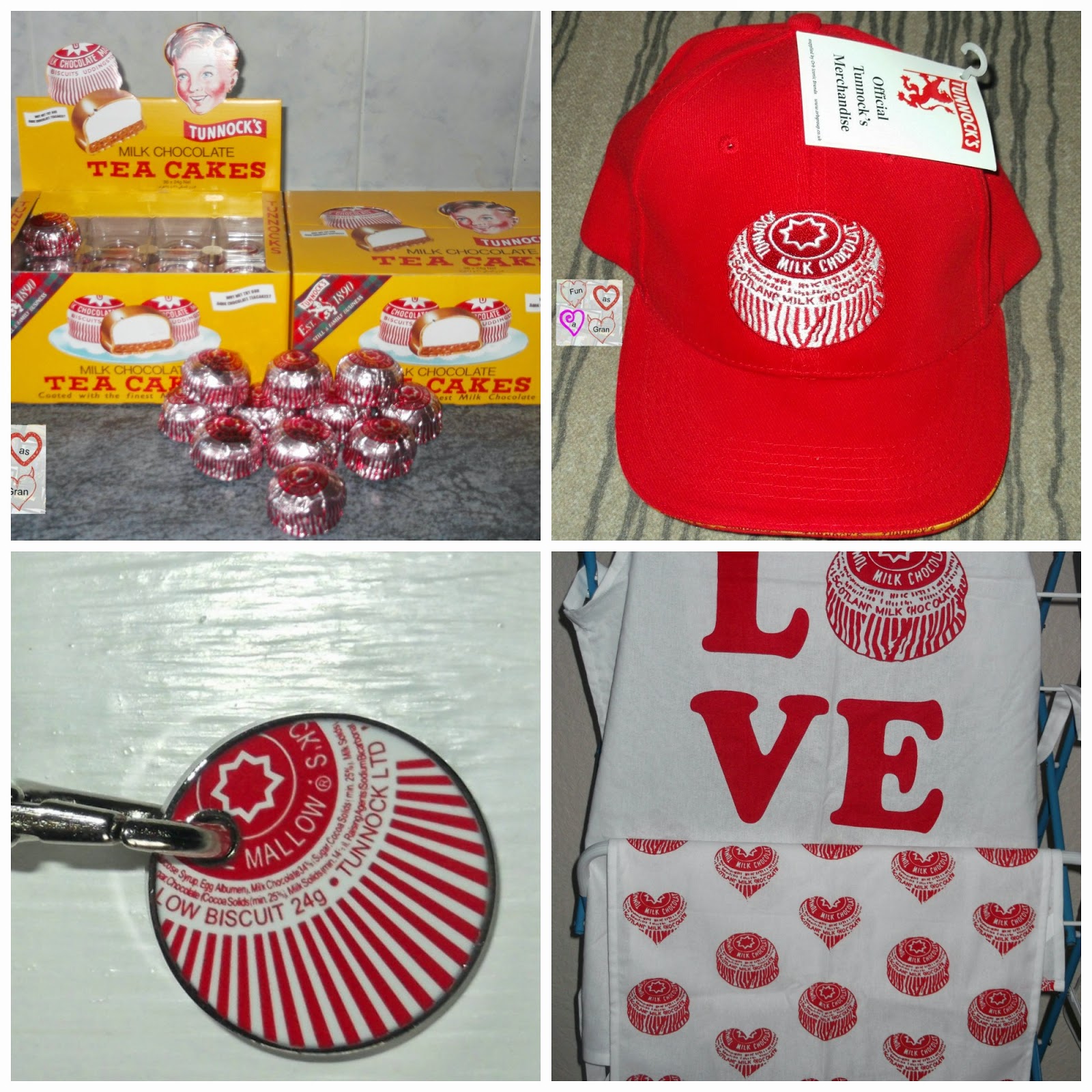 I broke the screen on my touch screen camera a month or so ago, it still takes pictures, but apart from zoom I cannot do anything else with it. So as I had a small unexpected windfall a week or so ago I decided to treat myself. Did lots of reading and research and decided to move away from my usual Fuji and go for a Samsung as I really like the spec and the features it has, But none of the local shops had it in and we had to go to East Kilbride to pick it up, So we thought what better a test for it than to stop at Whitelee Wind Farm and try it out It is the UK's largest on shore wind farm, and very interesting. Have to say so far I am impressed, and of course we picked up some caches while we were there. 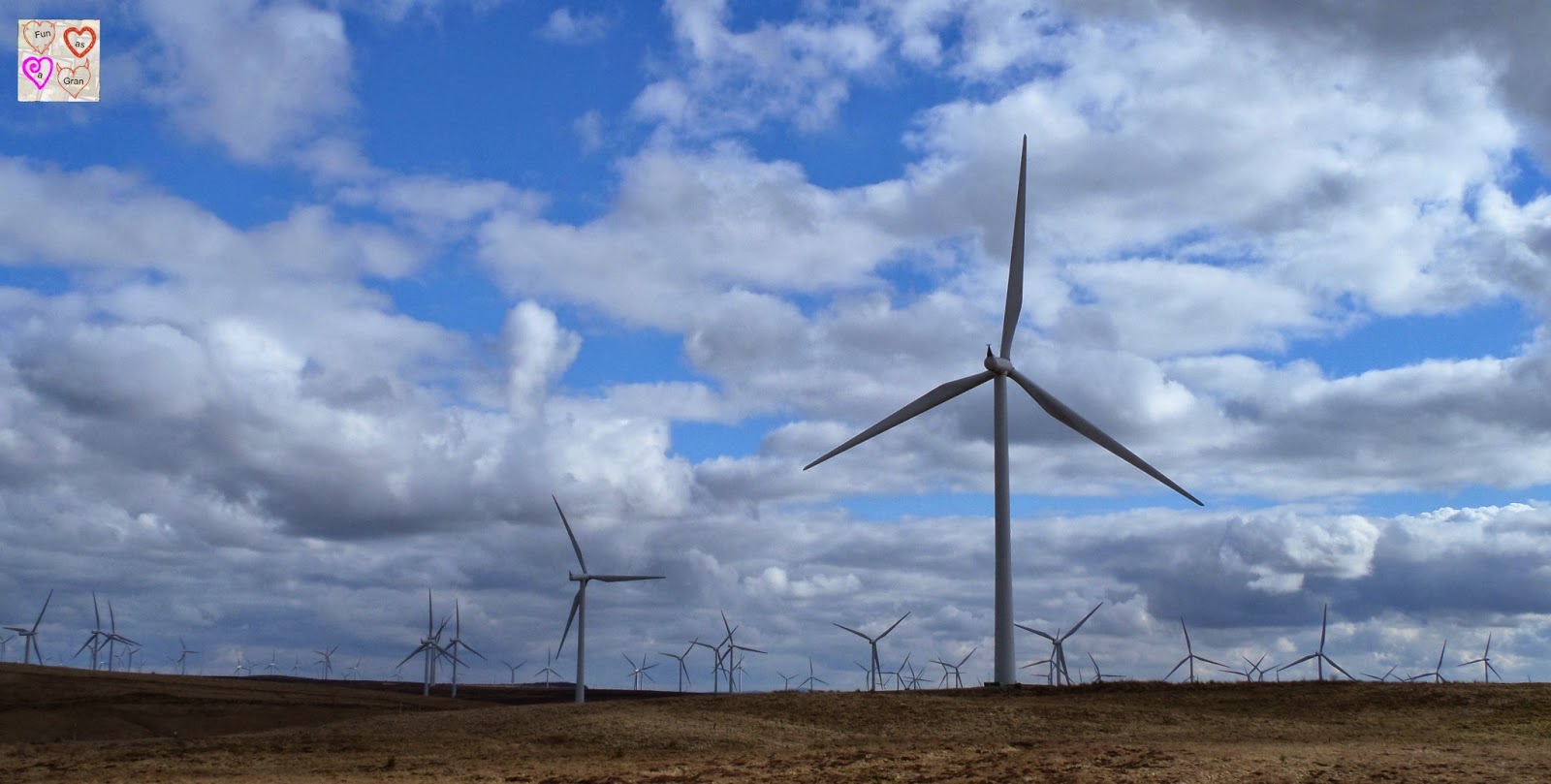 Fifi had decided she did not want to come out with us, but Bob and I set off regardless. I had planned on taking him somewhere else but the wind was horrendous and it had rained on and off until gone three. So we set off up the estate but instead of going along the muddy paths by the river we decided to go a different route that we have not been before. It is quite nice to get one of them on their own and he was telling me all about Percy Jackson, He is enjoying learning about the Greek Gods through the book, and as he is home educated this gives my daughter an easy way to follow it on with a project on the Gods. 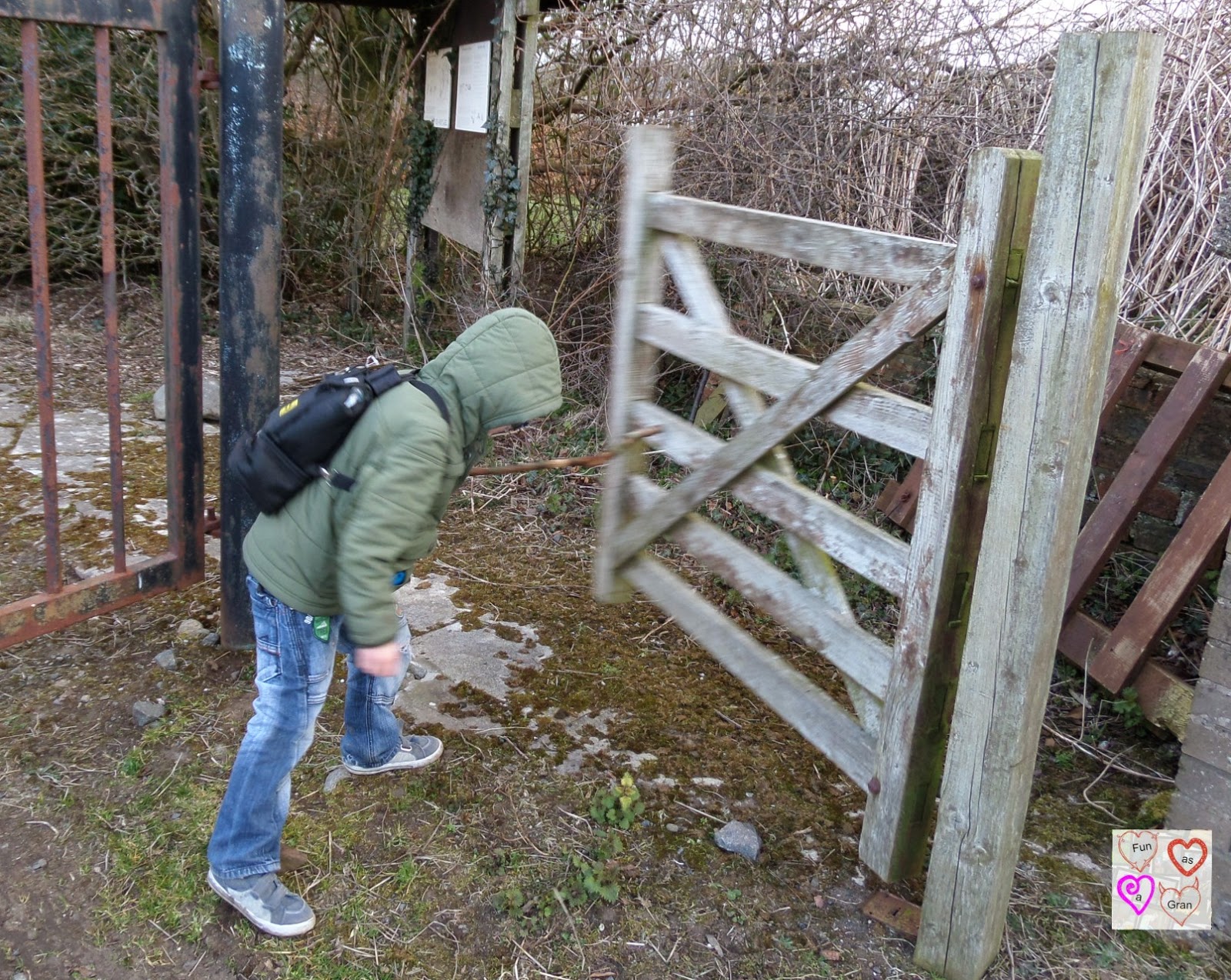 DH has been in the garden changing round things with the intention of moving sheds and things and part of this has been taking out old rotten cupboards and putting up shelves. So today Bob was helping Granddad put up these shelves. 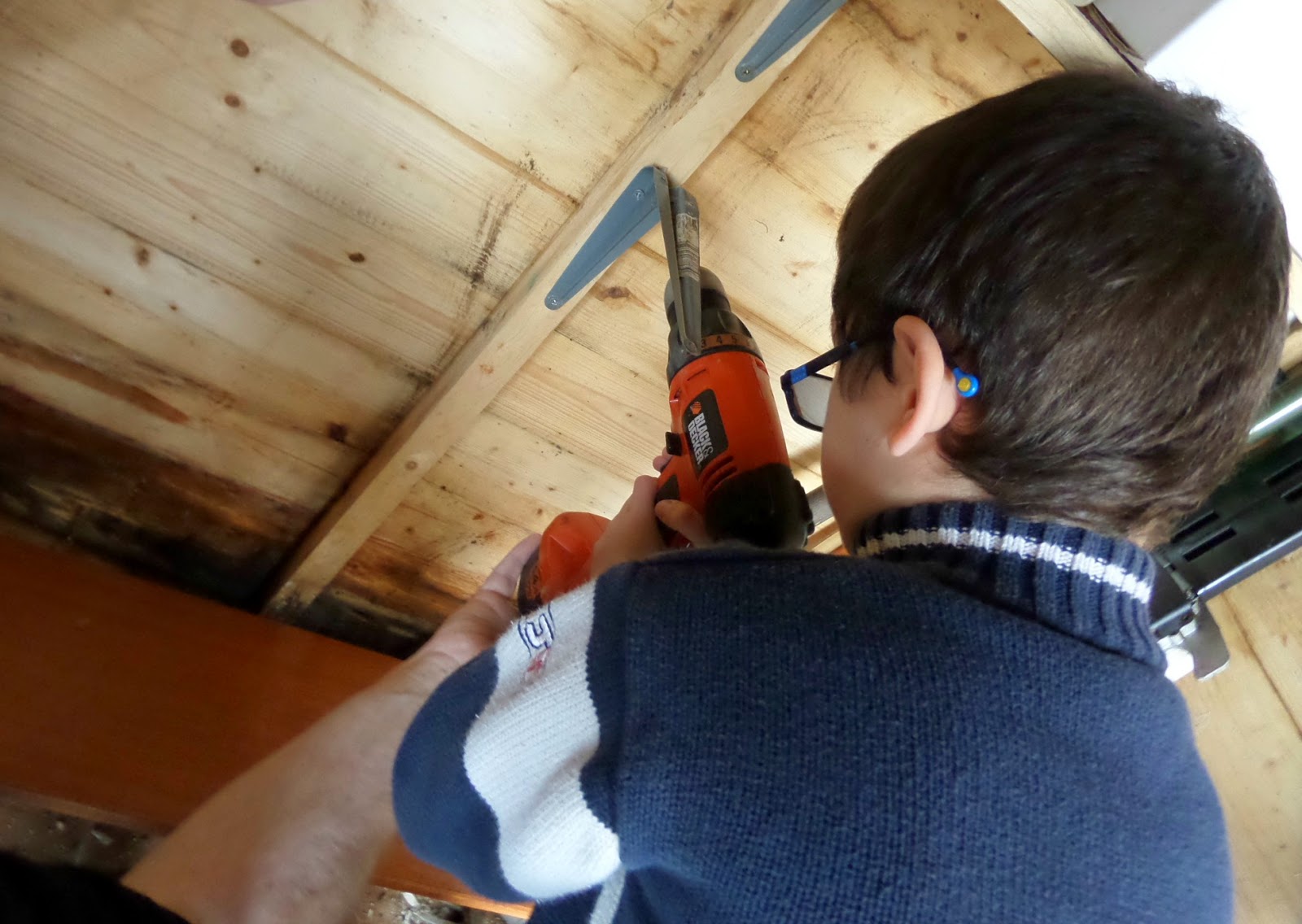 Had had another picture ready to take this morning ( like to have an idea of Saturdays picture before hand). But changed my mind and am running with this.
This is the puddle on my windowsill  despite having a new window fitted about ten weeks back. Last week when they came to look they reckoned we had the "wrong type of bricks" round our window.....hmmmm the same type of brick as the rest of the house and they are all ok!!
Another phone call and argument to follow.