A frustrating week as well as rather stressful. Phoned the sales man who sold us the car during my break at work yesterday and told him all the hassles we have had. He said he would email the service manager at his branch and get him to deal with it.

An evening walk round the fishery. Three very cut baby peacocks/peahens walked across the path in front of us with their mummy.

The reflection on the pond was just beautiful.No enhancements, just as it came off my phone. 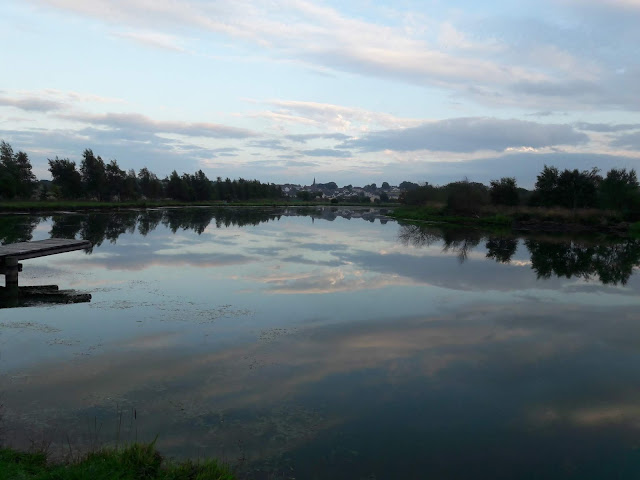 Went into trading standards to see how we stood legally with the car. I know we can reject for any reason in the first thirty days, we are getting close to that thirty days I wanted some accurate information on where to go next. Turns out that the thirty days pauses from when you report the fault until you are satisfied that fault is sorted, so seems I have plenty of time left. Really don't want to be rejecting it because I like it and it creates masses of hassles if I do.

The Service Manager at Kilmarnock phoned us just after lunch and asked us to take the car in for him to smell it for himself, so we did and he could smell it as well. Promised us a courtesy car so he could hold onto ours until it was sorted properly. But all he had on Monday was a manual car and I only have an automatic licence so was no good to me. He promised to get us one for tomorrow.

Took the dog for a walk up to Failford to check on our caches as one had been reported missing in the evening and got bitten on my arm. 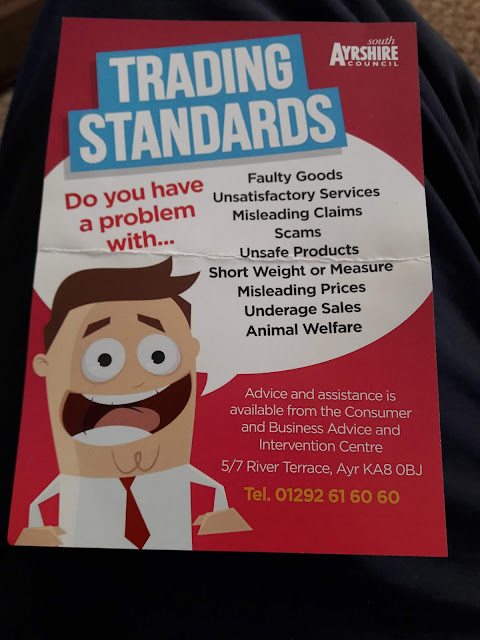 No phone call to say courtesy car in for us, so I phoned them at 5pm to be told they had not got it back as there was some emergency had cropped up. A phone call would have been nice as I have other things to do that wait on a call.

Took the dog a walk up to Auchincruive and picked up a couple of geocaches while we were there, really want to get back into doing some. I put on a long sleeved cardigan to protect from bites but something manged to get my hand which swelled up. Fed up with being bitten and the nasty reactions. 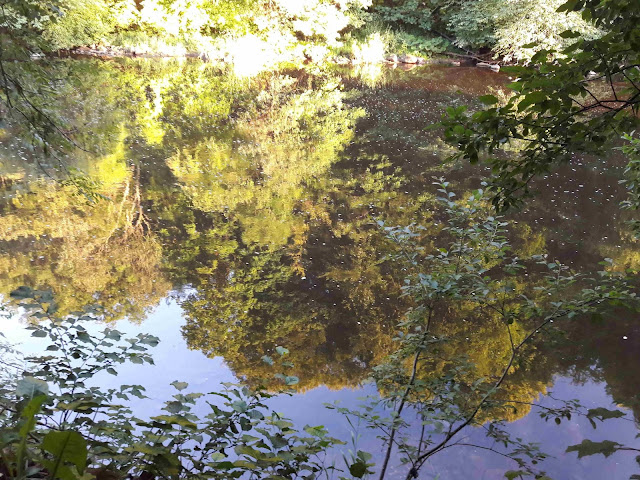 I was suppose to be going out with a group for a bike ride this morning, but still do not know what is happening with the car. I have other things to do this week, and my mind would not have been on the ride. My arm and hand were both sort and itchy and I was feeling rather fed up. So as I had promised DD1 I would go with her to Ikea one day this week I decided to tick that off my to do list instead.

It is too much agro for her to get the big stuff with all the kids in tow, so we played in the park while DD1 shopped, Then we went to the cafe and had a snack before heading down to buy the little bits she wanted. I picked up a 4tog quilt for our bed for when it cools down.


The garage phoned late afternoon to say the courtesy car was there for us. 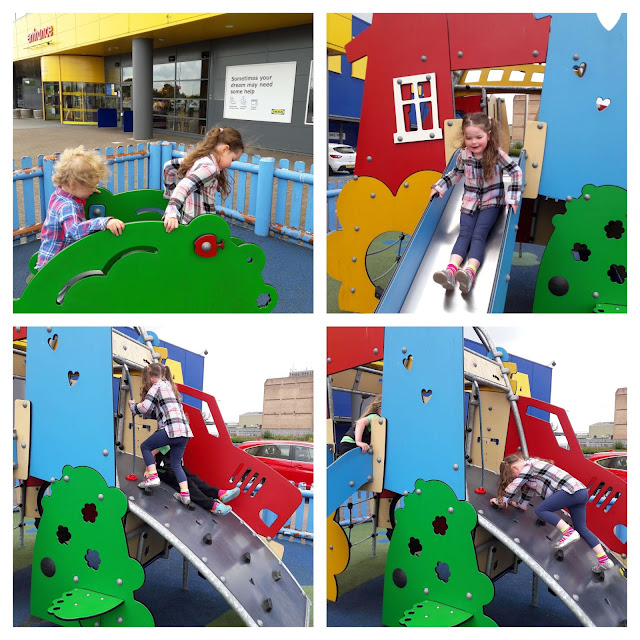 Went to pick the car up and drop ours off but nobody told me to bring my driving licence with me, so a quick call to DVLA for them to find out I do have a clean licence, signed some paperwork and off I went. This means I do not need to worry about them having my car as I can get to work at the weekend with this one. Hubby did not come with me so he not insured to drive it.

Phoned the surgery when I got back to see if they had any appointments for tomorrow to see if there is much else I could get for the bites. Had none for tomorrow but offered me one for about an hour away so I took it.GP changed my antihistamine and prescribed a low dose of steroids for three days every time I get bitten to see if by taking them we can stop the reaction being so violent. Here is hoping. I need a shed and some pieces of keep fit equipement then I would not have to go walk!!!! 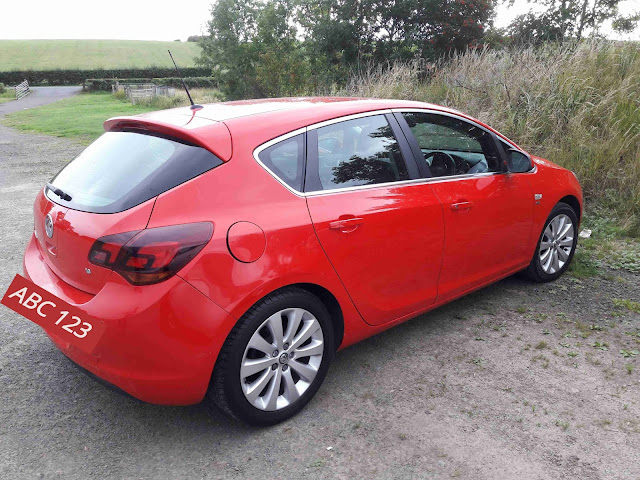 Garage phoned to say that due to the adverse weather down south the parts for my car had not got up. I am not bothered, would rather hold onto this one and get mine sorted right rather than get it back quickly. They are telling me the new gasket that was fitted in Ayr last week was faulty.....really???  and nobody noticed on the test drive??? I am left wondering if they even bothered to even change it.

I am glad I am not needing to do to many miles in the car as a) it would not pull you out of bed, you put your foot down and it crawls along b) it drinks fuel like there is no tomorrow, getting approx four miles to the £. 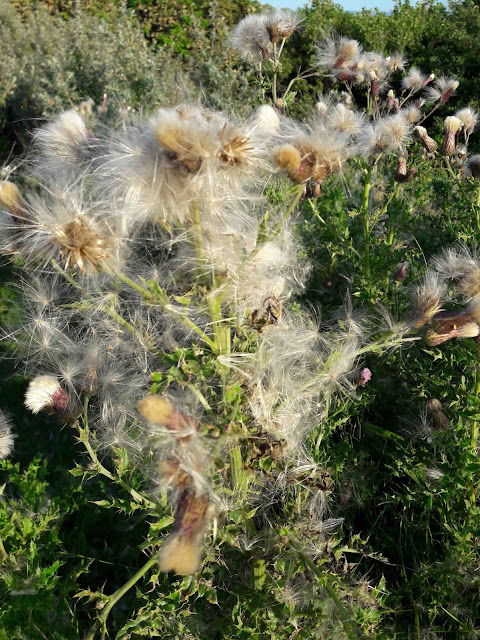 When daughter bought stuff in Ikea part of it was for her utility room, and to fit it in she had to move the shoe rack. So we acquired it until we can find one we really like for our front hall. Hubby stipped it down and varnished it. This may well still be here in a few years time. 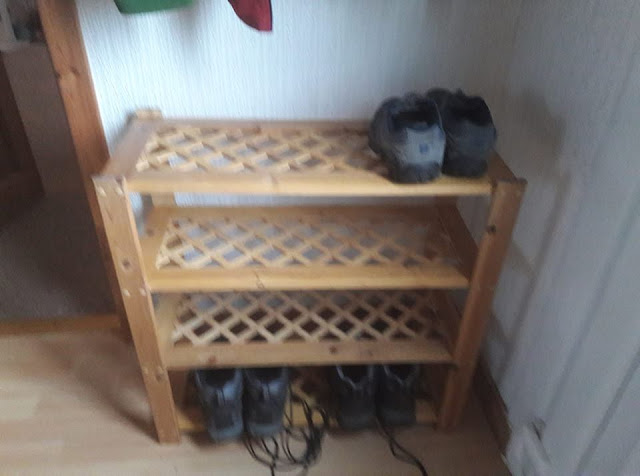