Mexico, Should I stay or should I go now.


I am really not much of a traveller if the truth be told preferring to holiday in my own country Scotland, as we have done in the past,. However since as long as I can remember I have been fascinated and been drawn to visiting Mexico for no real reason I can think of. Recently friends of ours were on holiday in Mexico staying at a resort that contains Mexico beachfront rentals when they were telling us how wonderful a place it was and how amazing the country was I made the decision to look seriously at visiting.

As I have already said for as long as I can remember I have had a fascination for Mexico and indeed for all of South America but Mexico in particular. I remember at school which was a long time ago now being in my history class which for most of the time I was not remotely interested in any of the topics covered, I mean for instance how the Romans built villas with saunas or how mediaeval farmers rotated their crops, all boring stuff to me. However there was one topic that caught my attention and indeed made me sit up and listen this was the history of The Aztec and Mayan and Inca civilisations , although the Inca's never made it as far as Mexico they were in no doubt a very important and powerful nation giving us many of the things we take for granted now such as ceramics and textiles some of which were used as recording their own history.

The Aztecs and the Mayans however were indeed in Mexico covering large parts of the country, see map below, in fact it was the Aztecs who called themselves Mexica giving rise as to why the country is now called Mexico. 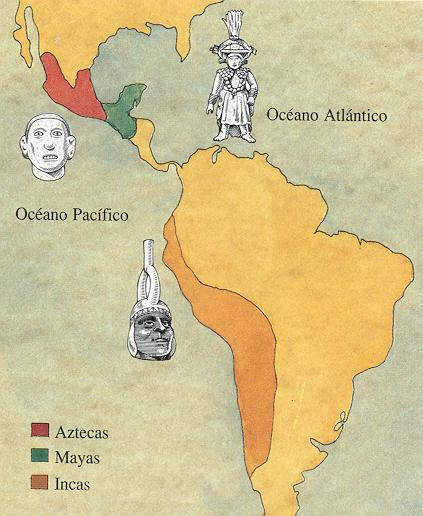 When I was still at school I remember promising myself that one day I would endeavour to find out  much more about these fascinating civilisations but as time went on as it inevitably does it seemed to slip further and further from my mind and really apart from the odd television documentary I never gave it much thought until the afore mentioned friends came back from visiting Mexico and told me just how wonderful and amazing the country was. It was at this point I started to seriously consider a trip just to see for myself how fantastic it was.

It very quickly became a major planning operation as I wanted to concentrate the trip on visiting and learning as much about the Aztecs and Mayas as was possible in a fairly short period of time two weeks or possibly three depending on finances, the more I planned the more apparent it was becoming that even in the longer period it would be impossible to visit and see everything I wanted to see. In fact two or three months probably would not be enough time so I had to narrow it down to a few of the key places that in my opinion  helped shaped Mexico into the magnificent country it is today.

The first place on my must visit list would be the ancient Mayan city of Coba, located on the Yucatan Peninsula. Coba is home to a wealth of amazing sites to explore, from Roman-like ball game courts to Stele, they are large stone slabs with drawings and Mayan glyphs on them. Coba is set within a dense rainforest, home to beautiful birds, lizards and other wildlife, as well as breath-taking scenery and fantastic ancient trees growing out of rocks. But it was a particular part of Coba that sealed it as my favourite site in Mexico, Nohoch Mul.Nohoch Mul (meaning large mound) is Coba's main pyramid and also the highest on the Yucatan Peninsula see photograph below, how and why the Mayans built these magnificent structures has and will probably always remain a mystery. 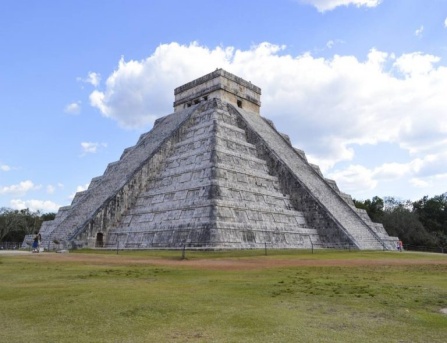 The second must see on my visit list would have to be Tenochtitlán, located in the heart of what is now Mexico City, was the largest city and capital of the Aztec empire. Today, Mexico City is still one of the largest cities in the world, despite its unusual setting. It sits on a swampy island in the middle of Lake Texcoco in the Basin of Mexico, a strange place for any capital, ancient or modern. The story of how the Aztecs selected the location of their capital in such a miserable place is part legend and part history. By the time of the Spanish conquest in 1519, Tenochtitlán contained around 200,000 people and covered an area of twelve square kilometres (five square miles). The city was crisscrossed by canals, and the edges of the island city were covered with chinampas, floating gardens, that enabled local production of food what an amazing sight it must have been, definitely a place to visit.

Thirdly on my list of must visits has got to be Mirador  this is an area containing a large number of what are known as triadic structures around thirty five of them each consisting of large artificial platforms topped with a set of 3 summit pyramids. The most notable of such structures are three huge complexes is one called El Tigre, with total  height 55 metres making it one of the largest pyramids in the world eclipsing even some of those built by the ancient Egyptians, a truly awesome sight to behold decorated with large masks depicting all the Gods throughout Mayan history an incredible sight indeed. 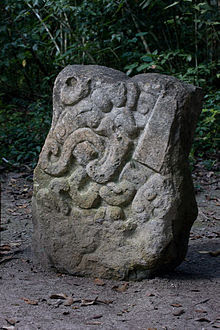 And so my journey of exploration would have to end only having learned a tiny fraction about the vast empires that makes modern Mexico the amazing country it is today. Hopefully I would get the chance to return and continue my adventures although I suspect a large lottery win would be needed or perhaps a legacy from a rich Aunt or Uncle but one thing is for certain if I were lucky enough to have fortune smile upon me visiting Mexico would rate very high up on my list of places to visit.