Been a lousy week weather wise but I have amused myself with doing a lot of sewing instead.Also been quite stressed, and find sewing good therapy. A radio or an audio book on and just lose myself.

Making the most of my second weekend off and apart from two walks with the dog and hubby, first was only forty mins trying to beat the rain, second the usual ninety minutes, I spent a lot of the day in my sewing room. Finished the Peter Rabbit quilt for the new baby on one side of us and started a second one in shades of blue for the new baby on the other side. So much time goes into the planning of these items, trying to decide on a design, method, as well as finding the right materials.

Also spent some time printing out my next set of cross stitch pictures that I spent time researching on Saturday evening to finish Spuds blanket and forward planning the one for Ziggy's baby brother/sister.

Being critical not 100% happy with the Peter Rabbit one but that is typical of me. I have combined some cross stitch with applique and quilting. It is lovely, a nice keep sake and something a bit different for a new baby present. My grandkids still have theirs all these years later. 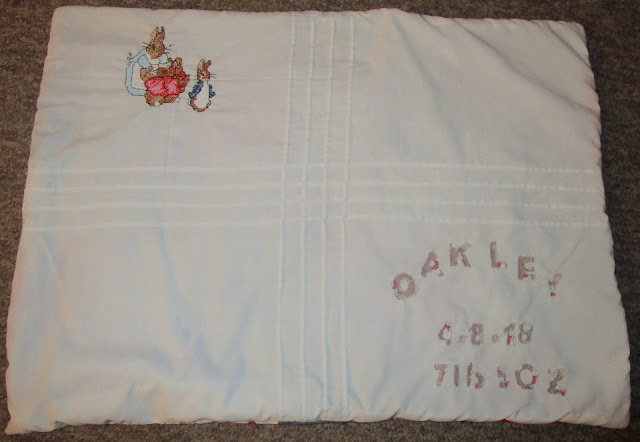 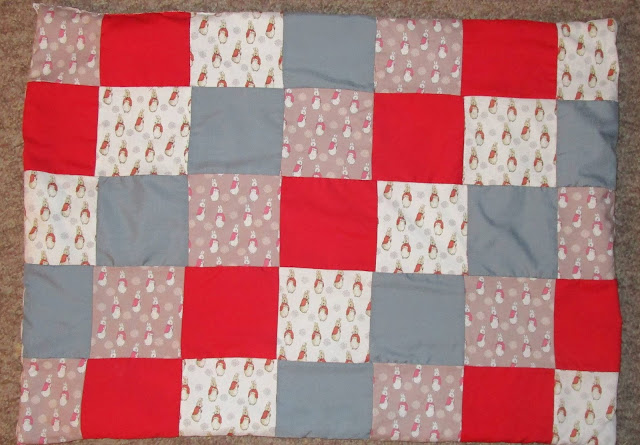 Bit the bullet and added a phone onto my Sky account, special offer only costing me an extra £4 a month so quite happy with that. Phone has wi fi calling making it easier to use in the house as we have a crap signal in the village no matter which phone supplier you go with.

Went down to play with the three wee ones after school. No photo as no phone to take it with.

Back upstairs for some sewing, carrying the quilt for the wee boy the other side.

Did some cross stitching in the evening. 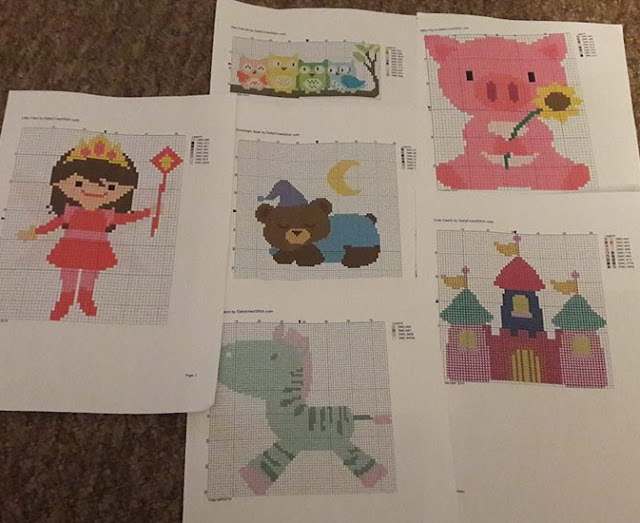 Well my new phone arrived, and I am raging with myself as I put the memory card in the sim card slot, if you google it I am not the only pillock it is quite common, and damaged the phone getting it out. So here is the case I bought to go with it.

Not in  a good mood at all so did not touch the sewing. 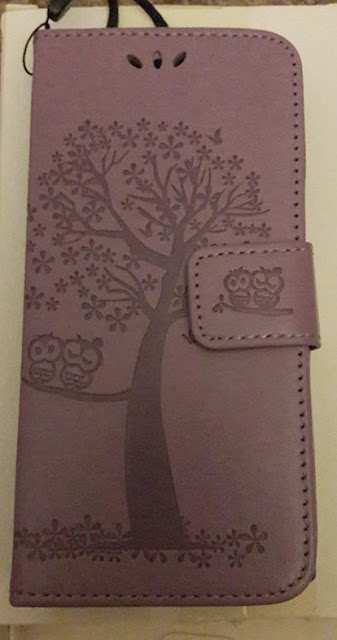 Spoke to Sky but as I damaged the phone they are not interested, which is what I expected. I could send it back for repair but minimum cost of £100. Phoned round a few local repair places and have got it done for just under half of that.

More sewing, carried on with the quilt for next door.

Went for a walk round Auchincruive again, dog loves it there. Autumn colours are starting to happen and I loved this wee red tree. 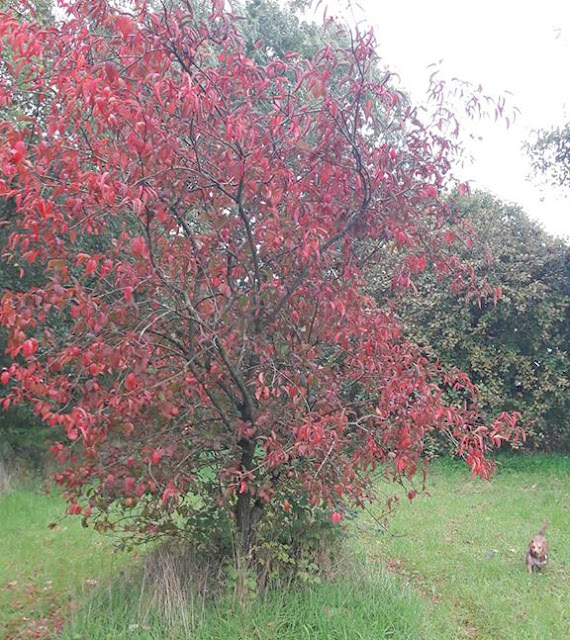 Finished of the second quilt this morning. It is looking fab.

Went into Ayr to join in with the ladies bike ride. Seemed a shame as I was the only one to turn up apart from the ride leader and the volunteer who rides at the back. This week that happened to be the ride leaders own mum as there was nobody else available. So I have agreed to go through the training that is required and become a volunteer. Also allows me to go with the walking groups as well. This might be more feasible over the winter months when the bike rides stop. We did nearly 8 miles and thoroughly enjoyed it. Hubby and Dixie dog came into town and she got an hour and a half of a walk with him while I cycled..

We were going to pick blackberries afterwards but decided to leave it until after tea time and walk the dog again at the same time. I forgot I had a Clean up Tarbolton Woods committee meeting so hubby took dog round the fishery while I was there. 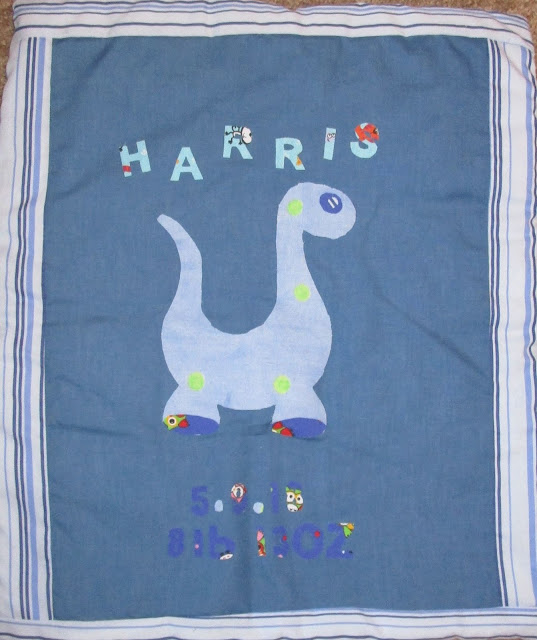 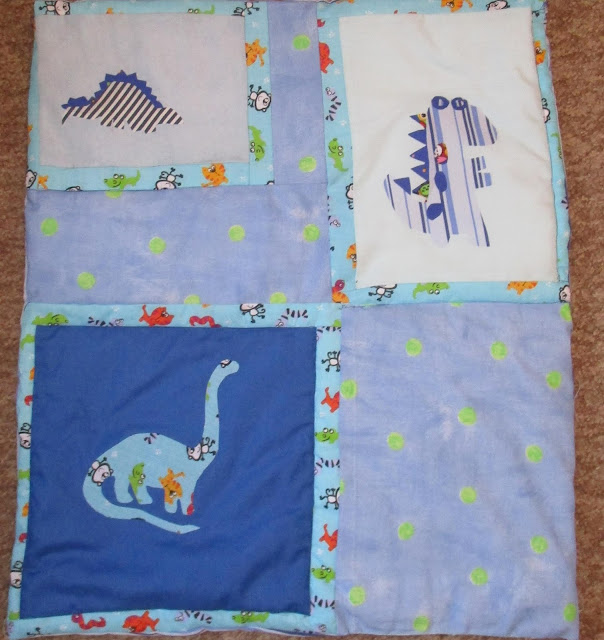 As next door has a 5 year old girl as well as the new baby I always like to get something for the older child as well, hate them to feel left out and maybe become resentful of the presents the baby gets. So made her a unicorn from the Peter Rabbit material with her dolls name on it. Handed them in to her so she sees them before she saw thim on the blog.

Gymnastics restarted last week but nobody told DD1 that Bob had a place to go it was only when she queried why they had taken money out of her bank this week that somebody told her he had a place. So back to the gymnastics run it is. Slightly further away than last time and 90 mins instead of 60. Friday not a convenient day for me particularly but he gets a lot out of the classes.He was very apprehensive about going as he does not like new. It was the same coach as last time so I spoke to her when I dropped him off. DD1 says " He came out grinning like an idiot. Made a load of new friends and had a ball "..

Went to a local fundraiser tonight run by the Brownies and Guides.Got a few bargains but felt their home baking was rather expensive for the size and quantity in a pack.

DD2 sent a thank you card on behalf of Mia for her birthday presents and the cake I made her. Funny how all your own children grow up different. All my children were made to send thank you notes for birthday and Christmas presents when younger. DD1 hated doing it and has never made her kids write them, DD2 has carried on the tradition. 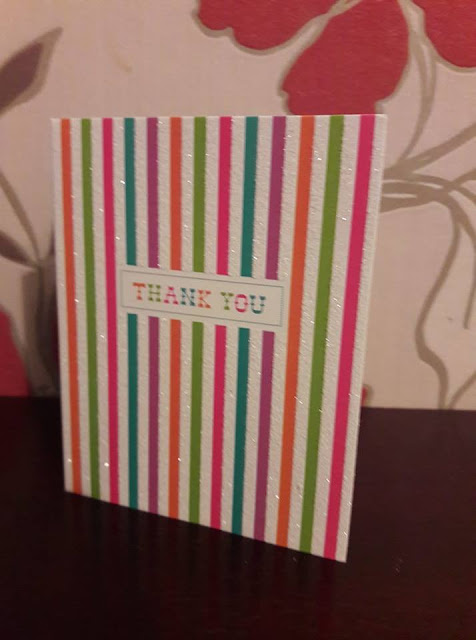 Got a couple of prizes through the post. Some neon cottons and ribbon from Sew magazine used some of the neon thread on the unicorn. 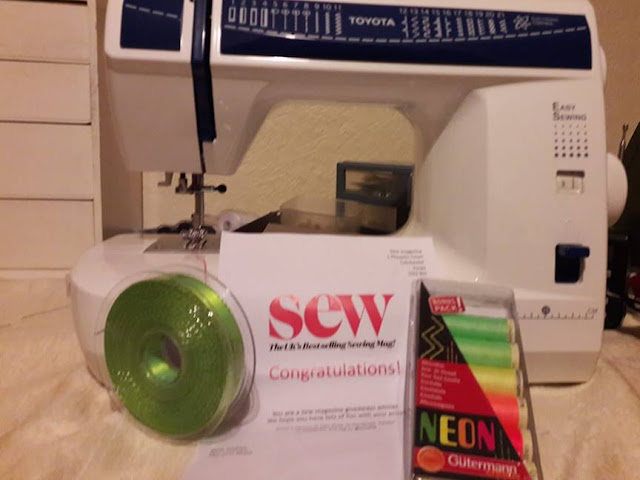