Not being at work and not feeling like going far the garden was as far as I got. This is the plant Bob bought Granddad for decorating his room for him. Sadly it has gone a bit brown, but if you look it up on t'internet it tells you only to water with rainwater, never tap water, and it was quite wet when we got it so not sure if the garden centre had watered it with tap water or not, will see how it goes over the next few weeks. Hopefully it will recover. 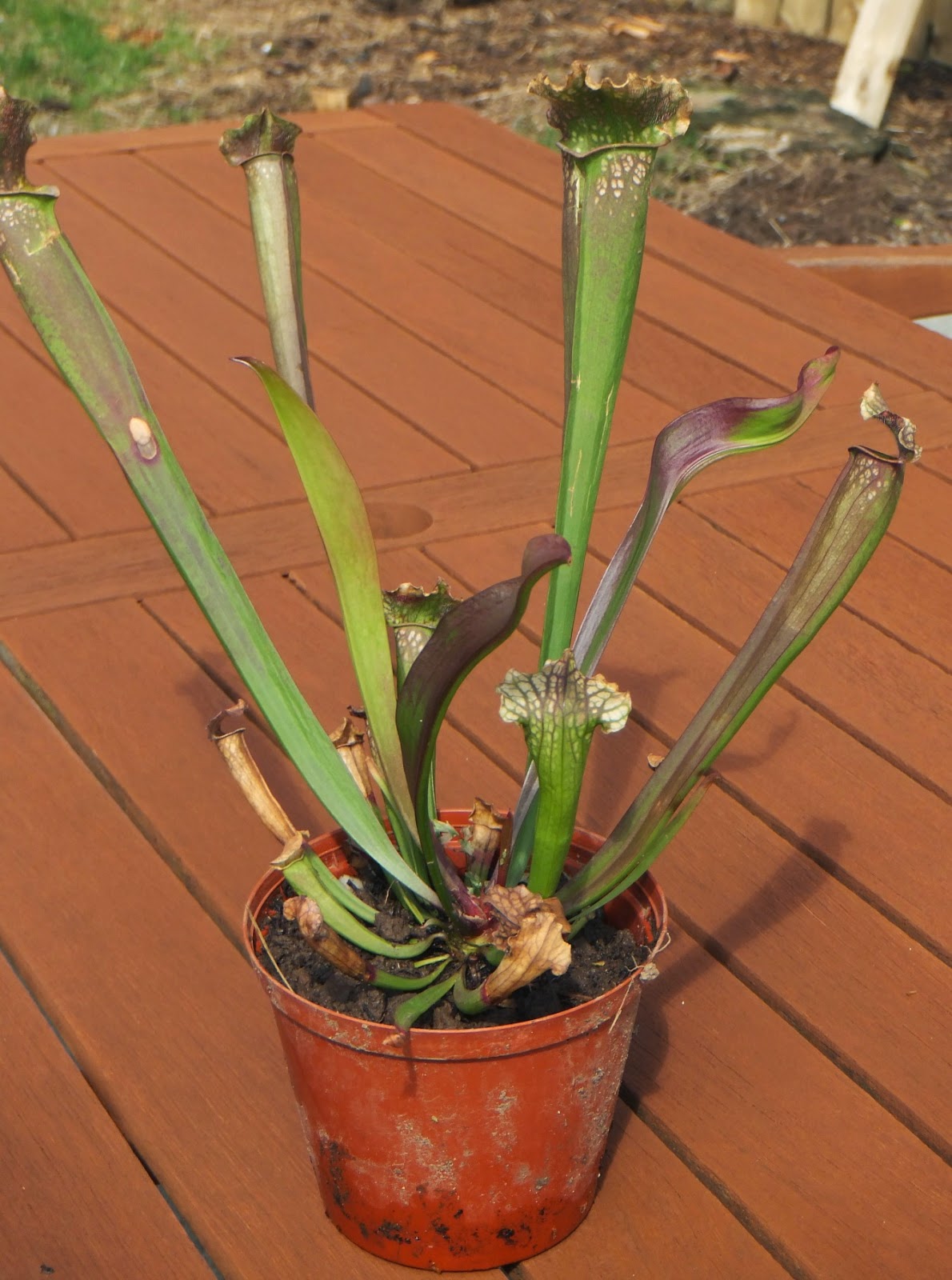 Had gone for a wander down to pick something up from daughters garage. Popped in to say hello just as she was going to bath them, so had to stay and help as best I could one handed. The two of them quite like a bath. When you have one child it is easy to hold them while you bath them and then lift them out, but not so easy when there is two of them, these seats have been a brilliant help.

The caterpillar has changed into a butterfly. Not sure what type, and this was the best picture I got before it flew away when I tried to give it sugar water.

Wednesday evening has always been babies round evening and just cos the Guides and Cubs have finished for the Summer they still come visit anyway. Minky can manage to crawl quite successfully now and is in to everything. Have to say I am not the type to move ornaments etc out of their reach, never did with my own, so he is being moved away from things he is not meant to touch. I know he is too young to learn but never seen the point in letting them when young to not allow it when they older.
Dinky is still quite happy to sit where you leave her, though we did try putting on her hands and knees and encouraging her but she not ready just yet. She is comical though can she can now blow raspberries, and if you blow one she blows one back and then waits on you doing it again.

Here she is turning round cos Granddad shouted her name.

Was a very hot dry afternoon, and OH wanted to go fishing off the pier so we went along to play on the beach and in the beach park. It was heaving, hundreds of kids in there. Always amazes me in situations like that how so many children can play nice together and take it in turns to go on the pieces of equipment. We made a meeting so if either of them should get lost they knew where to go stand and wait as its impossible to keep an eye on both of them when it is that busy, and they are both old enough to go play themselves. They split up when they first went it, but later on they met back up ans played follow the leader up, on, under and round a climbing frame. Difficult to get pictures without other people's children in the way but got this without them knowing I was watching them.

OH goes out to feed the birds in a morning, and the sparrows and young starlings now expect it and sit on the fence and the shed roof waiting for him to go out. Here they are getting some brie that he had not eaten as well as their normal  bread. Its like something from the Alfred Hitchcock movie.


I did a bit of shopping on the way home yesterday needed to buy OH rolls and cold meat to take fishing with him today and while I was there I saw these and decided to treat myself. They were ok but wasn't overly impressed, were too strong flavoured for my liking. 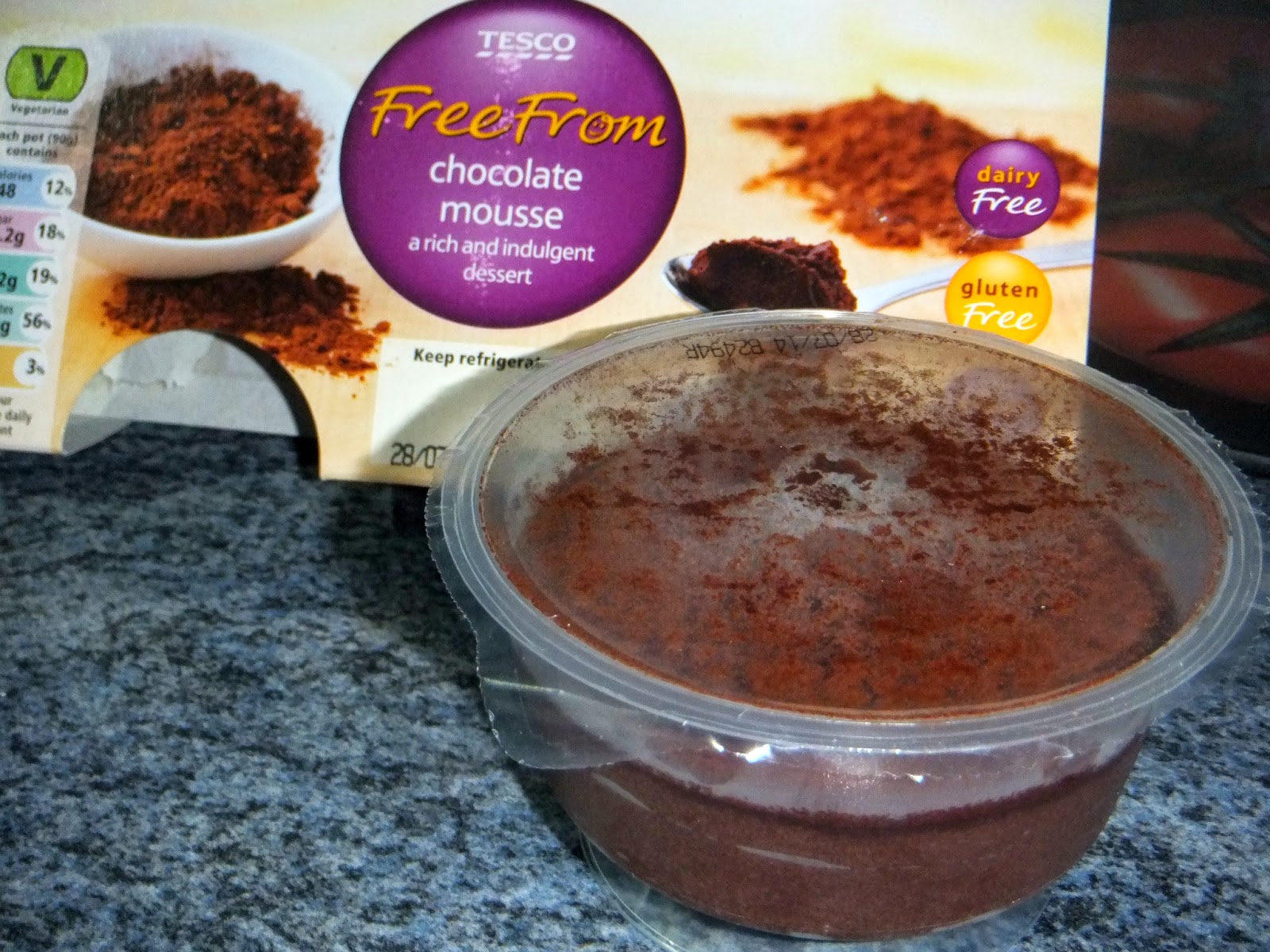