The long dark winter nights have been a long time in going, but gone they have, the light nights after school are back. So last week when they were due over I decided we would go out and blow the cobwebs away. Sadly Fifi is at the age where going out to get the cobwebs blown away with your brother and grandma is just not an acceptable pastime. So we left her with Granddad, she was sat up the stairs watching episodes of her current favourite programme on netflix.

So Bob and I set off and decided as it was rather wet and muddy we would avoid the river path and try a different direction that went along a more substantial path to avoid the mud. Whenever Bob and I go out for a walk the first thing he does is pick up a stick to defend us both from an demons that may be around.

So he ran ahead to find a decent stick. 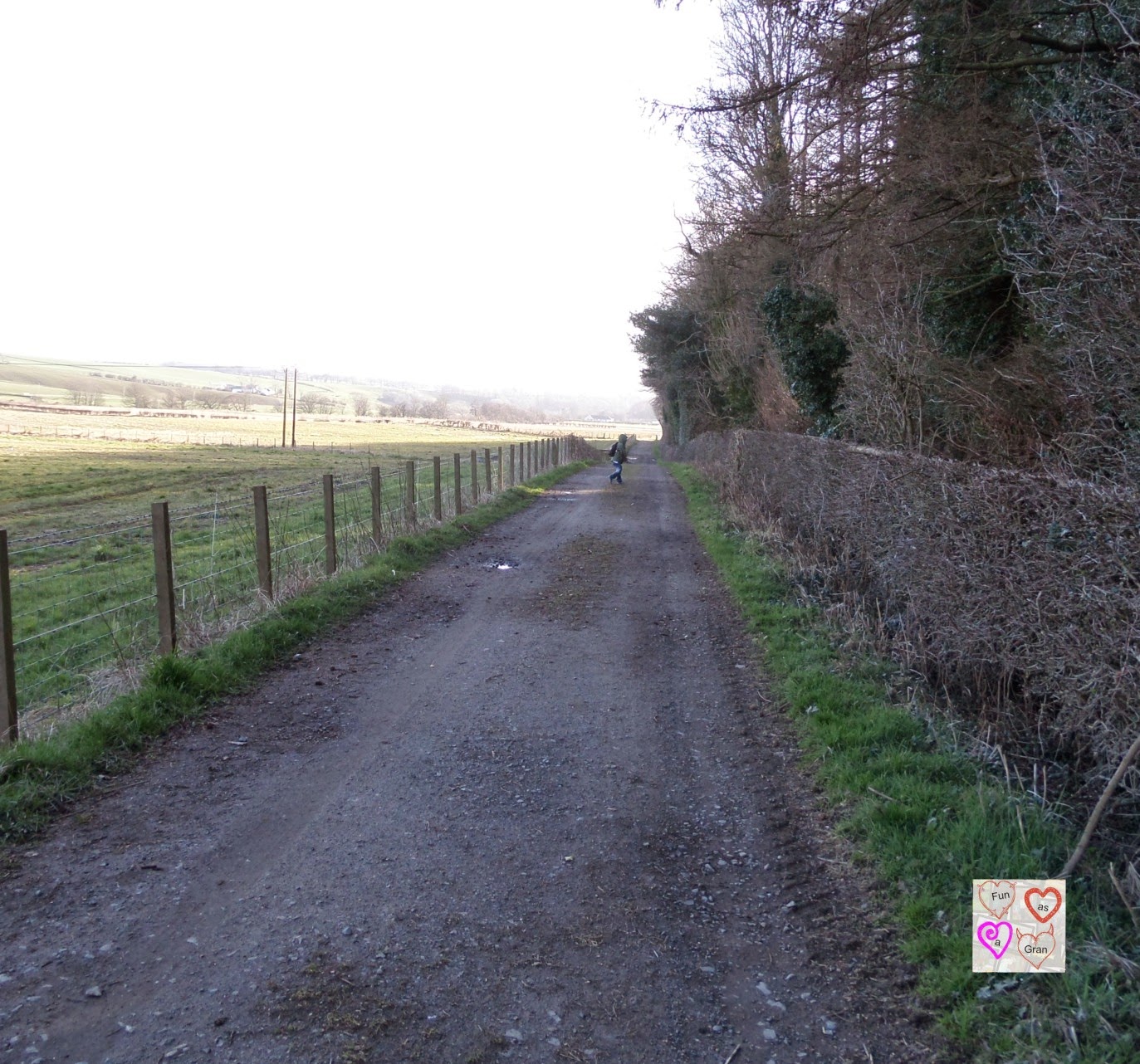 and used it to attack the demons in the hedge before they could get out. 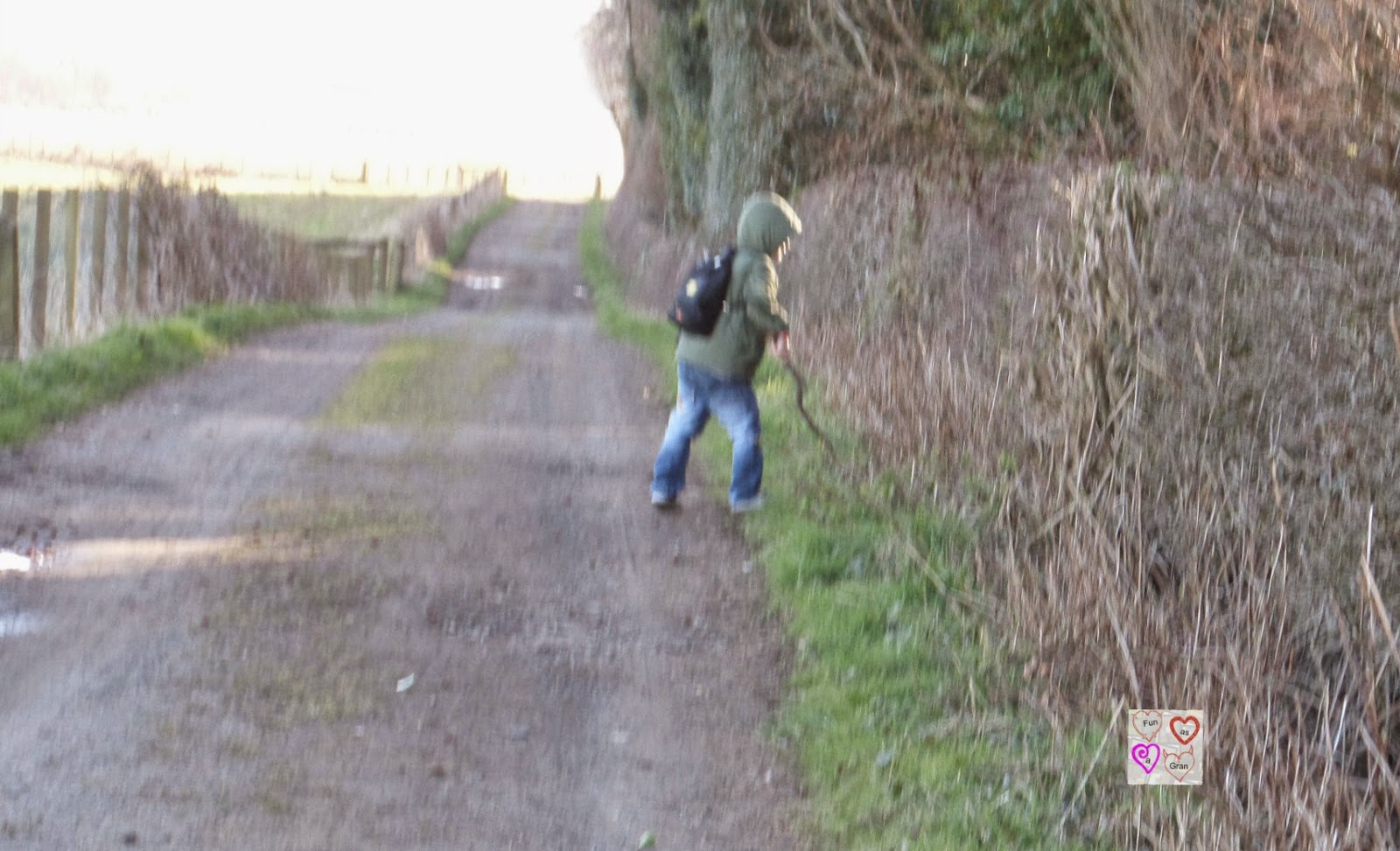 As we walked along Bob was telling me about the book he is currently reading Percy Jackson and the Olympians, and all about the Greek gods. He really seems to be enjoying it. One of the joys of being home educated, my daughter has decided that Bob's next project will be the Greek Gods.

We enjoyed the scenery 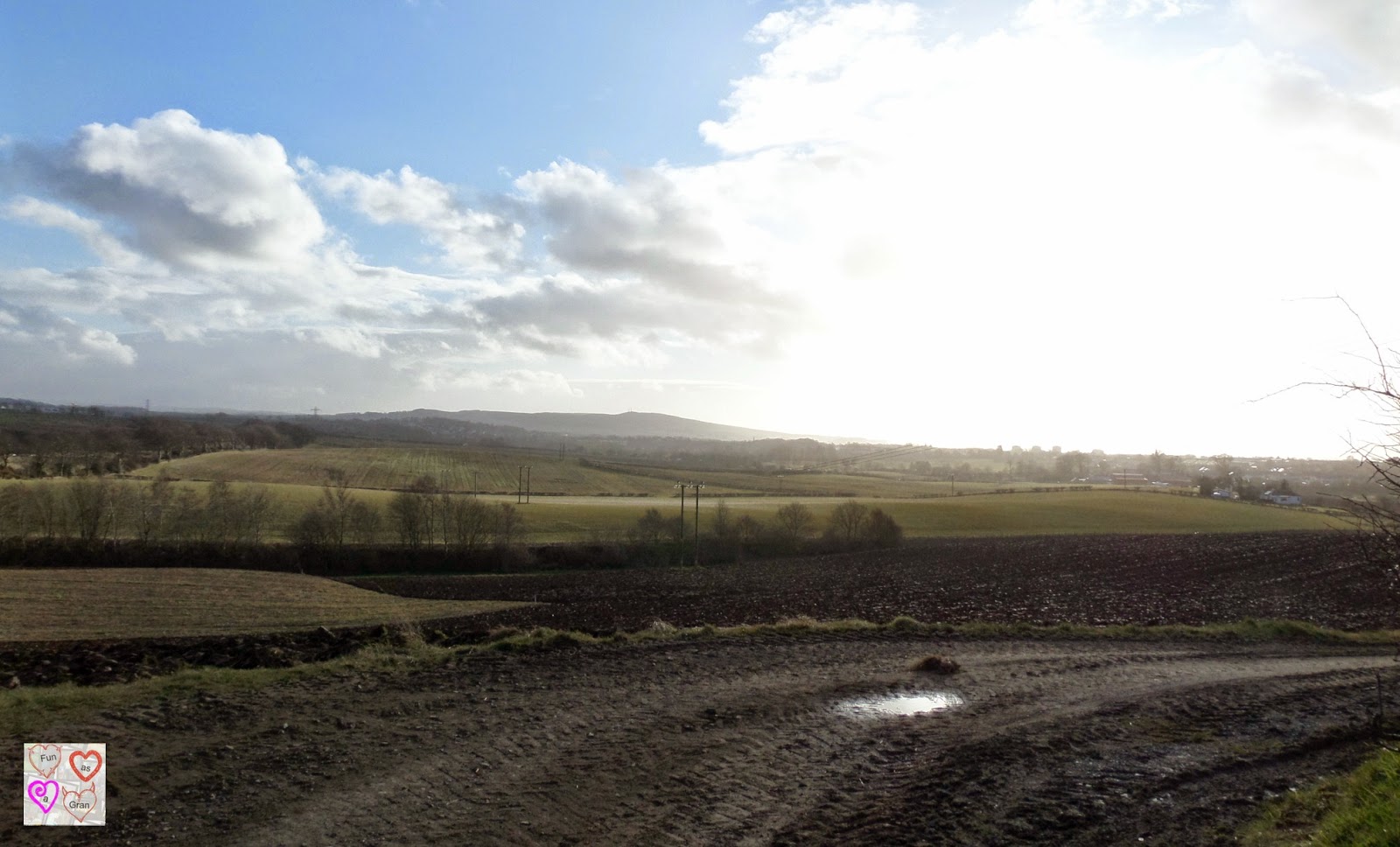 and were watching people working on the trees 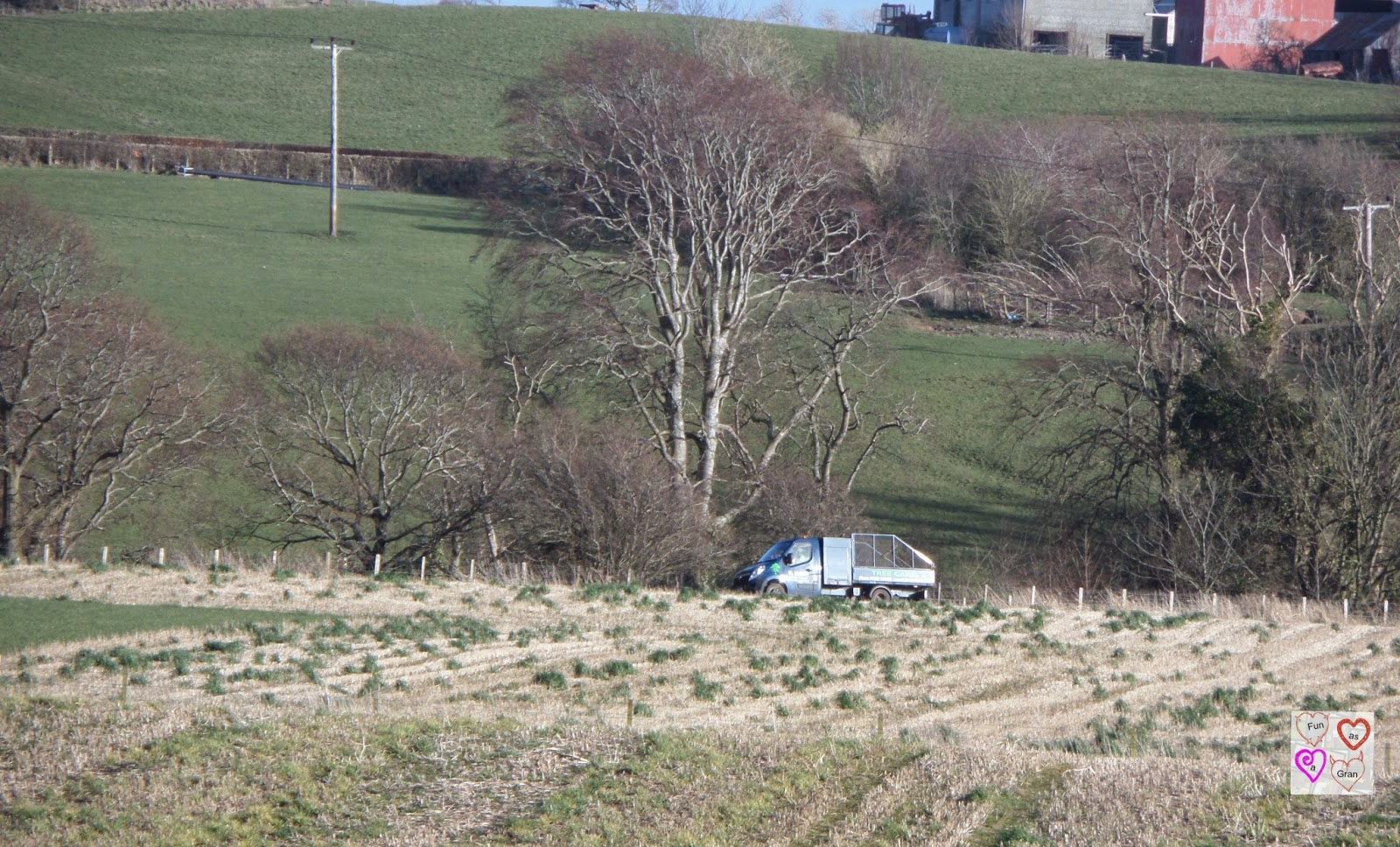 We came to a fork in the path, one way carried on into the town and I was hoping the other would curve us round and bring us back to where the car was parked. It did.

So we followed on along the trail but we came across a rather muddy bit. I could probably have picked my way through but Bob's little legs may not have done. 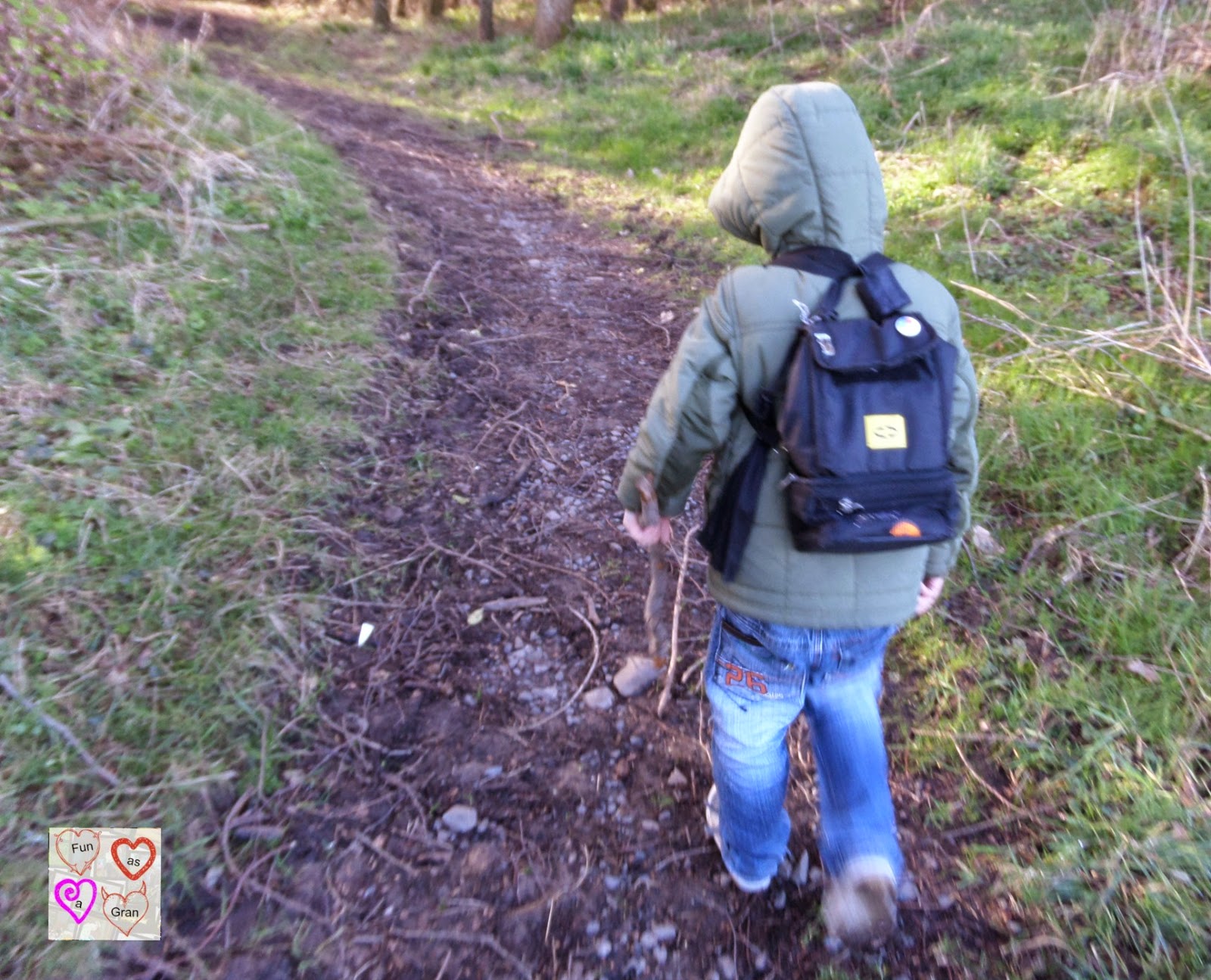 So we had two choices at this point to go back the way we had came or scale up the side of the hill, Bob opted for scaling the hillside, so with a wee push here and a wee pull there we both got to the top. 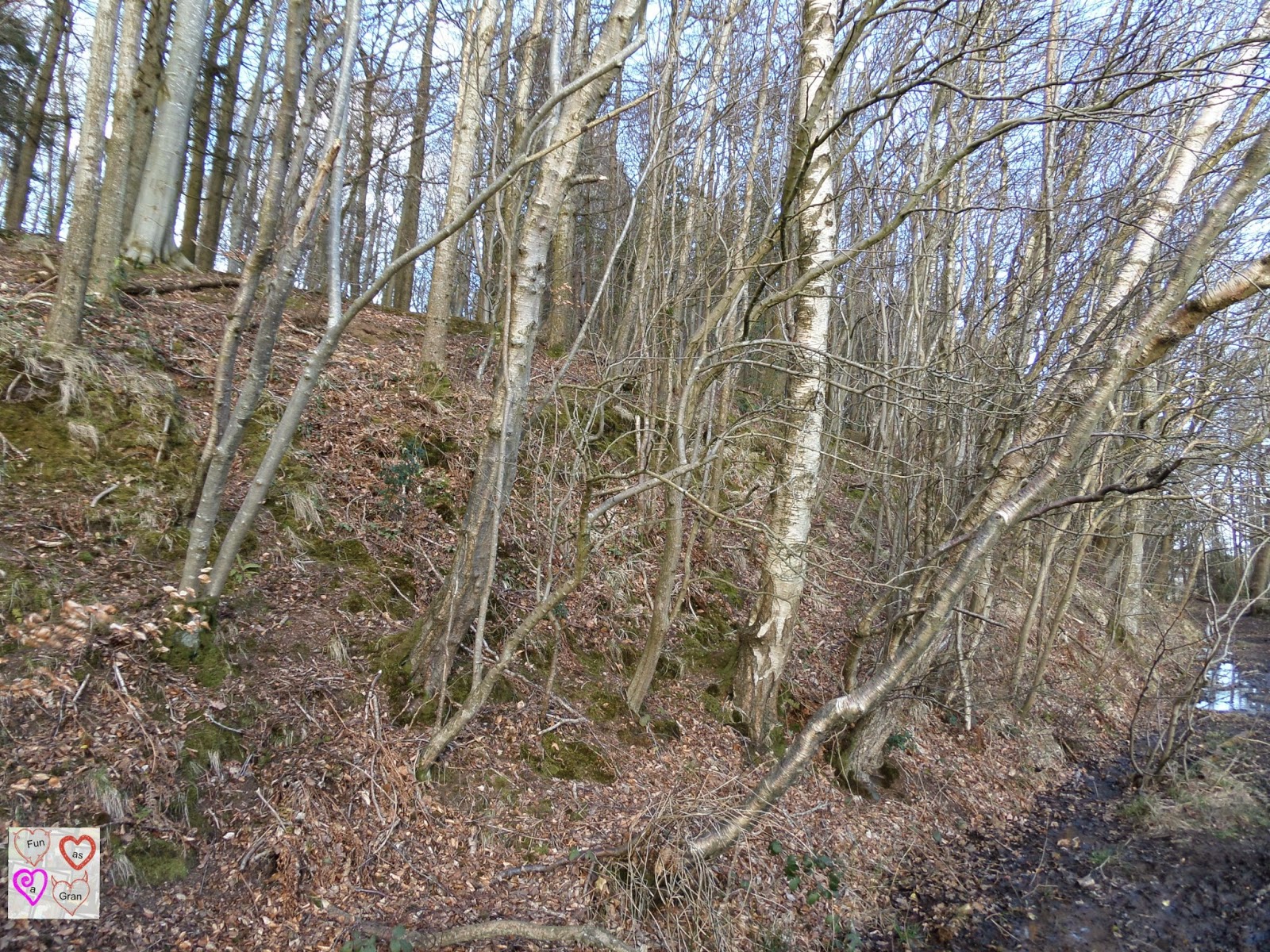 and then doubled back to take the photograph of the muddy bit. We needed to get through the mud to the wooden bridge but we could not. 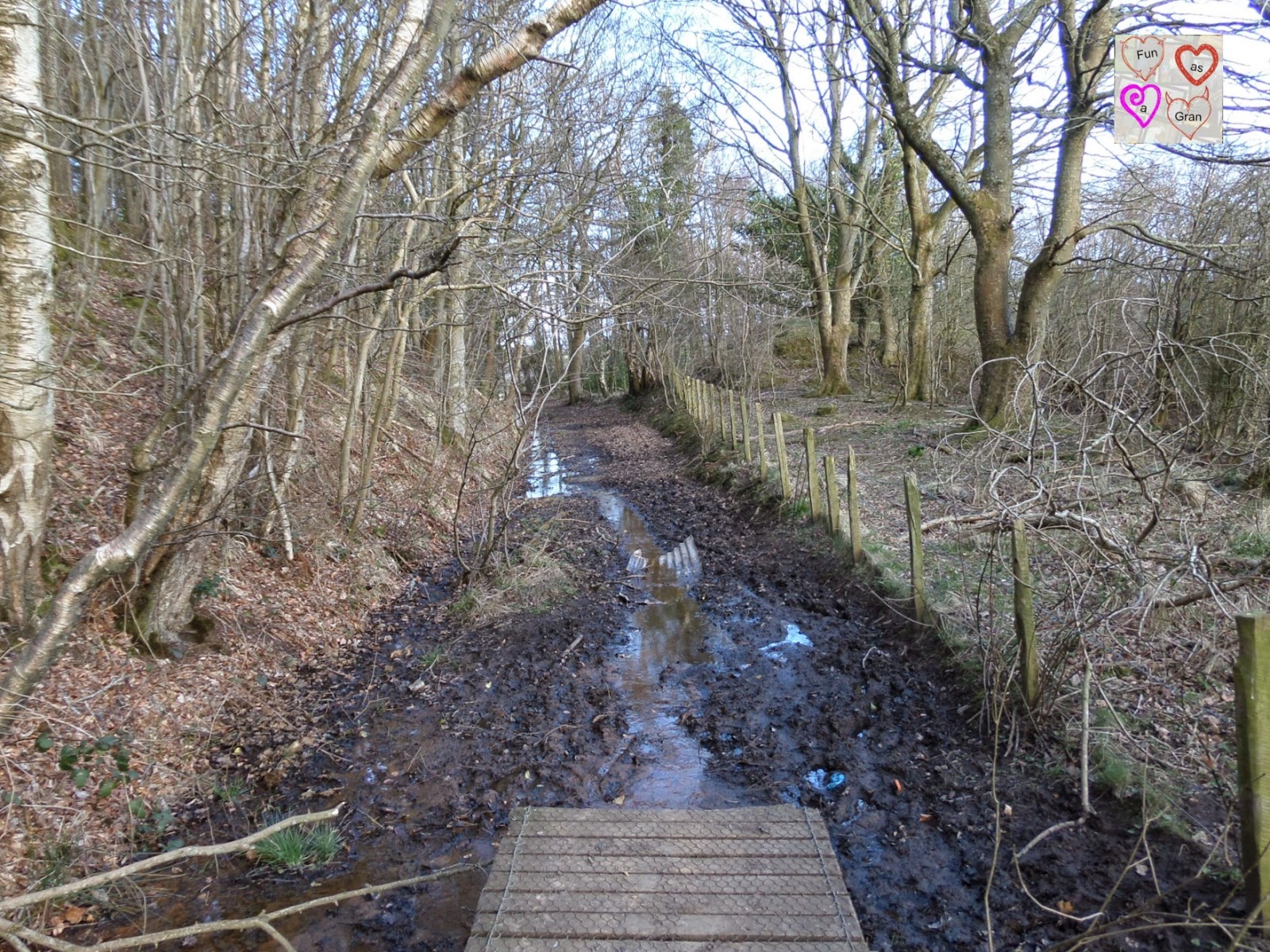 I realised as we rounded one of the corners that there was a geocache here that DH and I had not managed to find last year, so Bob and I looked for it, and found it - another one added to our total.

Bob spotted our shadows and was really pleased his stick also had a shadow. Carrying on along the path Bob spotted aeroplanes parked on the runway. We got talking about foreign countries and different languages. We wondered where people were going and why. 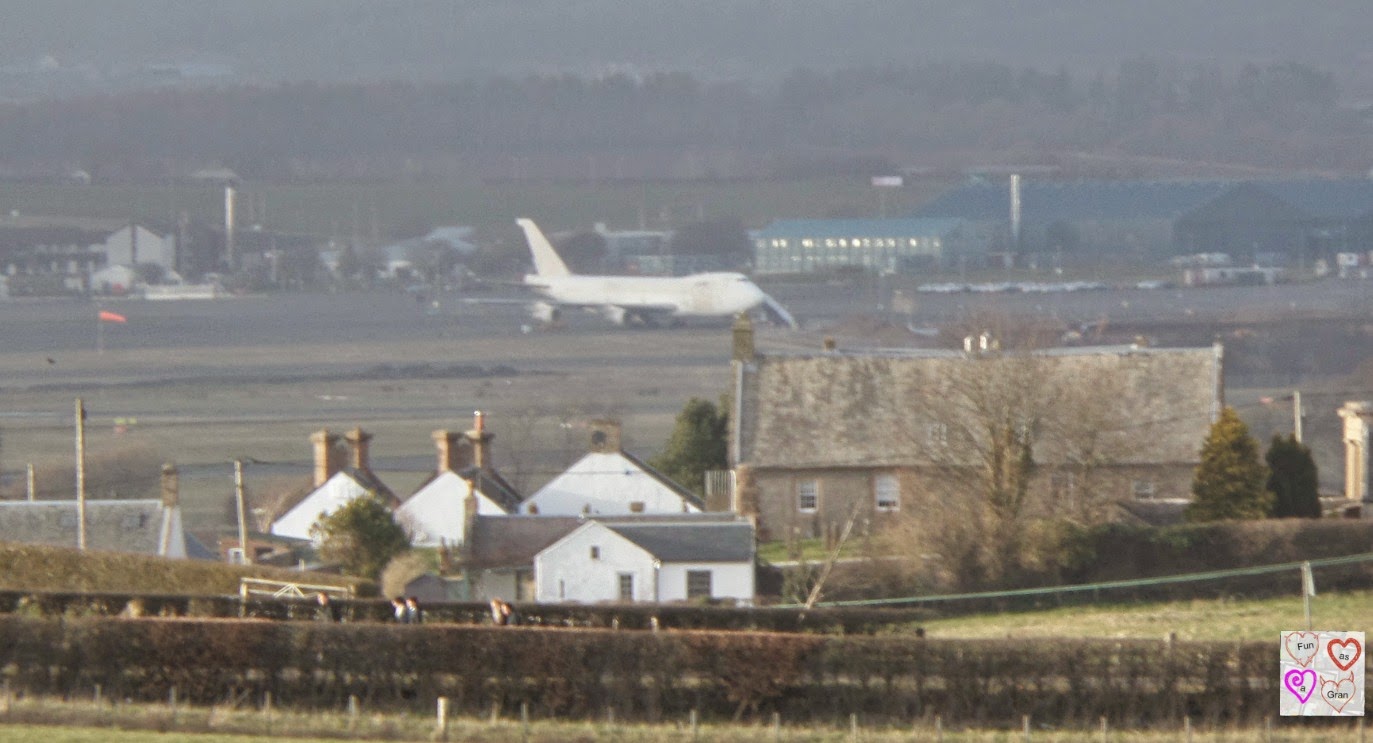 We were also looking at the growth happening along the banks and in the hedgerows. We decided to pick a few different twigs and bring them home and watch them bloom. Bob has some at home and he is going to do a mini project on them. He is going to  draw them and watch them as they open and take some pictures of them. I have told him once he has finished this project we will share it in a blog post. 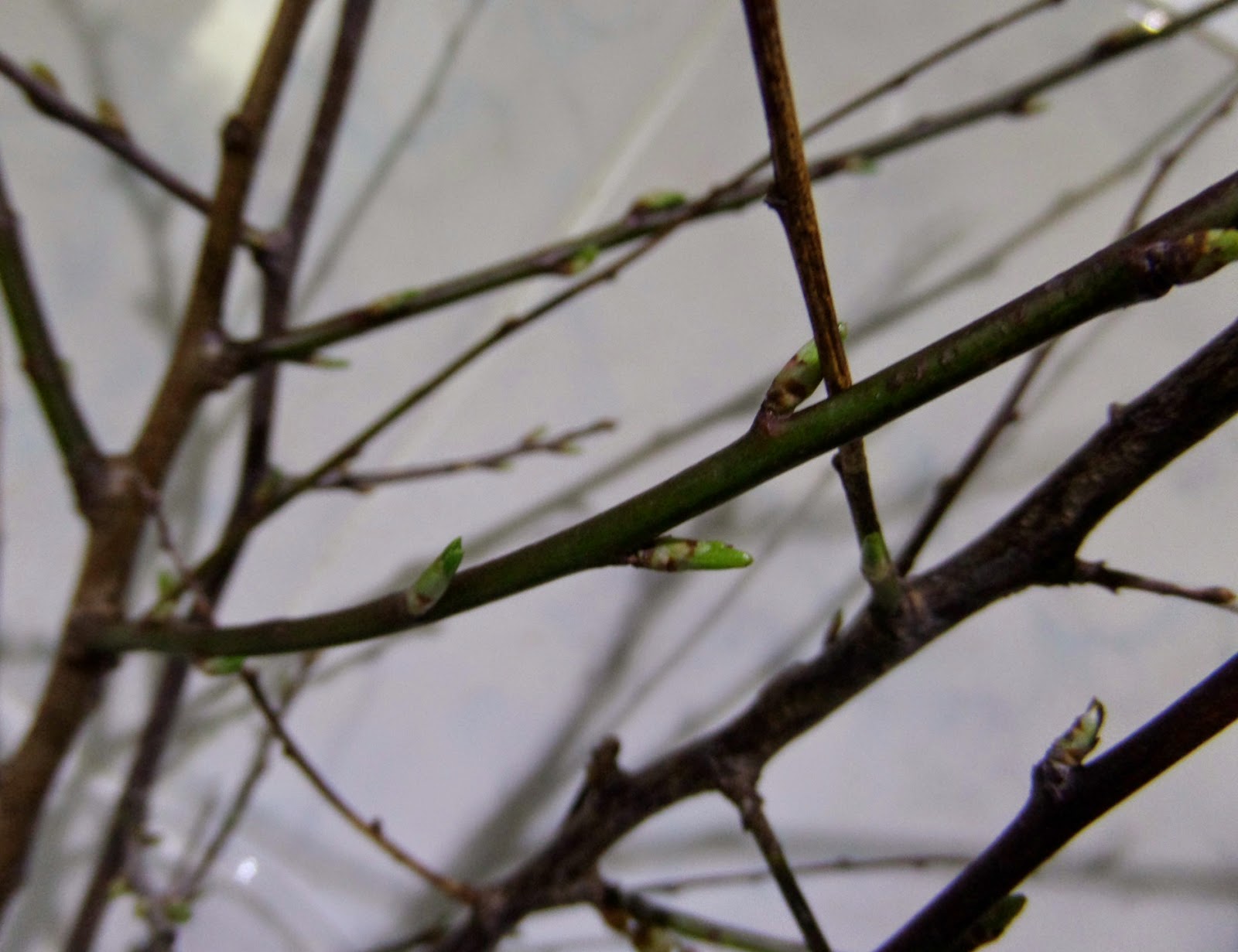 As we neared the end of our walk we came across a gate, a gate that squeaked, and so he spent the best part of ten minutes playing with it - simple things. He left his stick near the gate so he can pick it up another time. 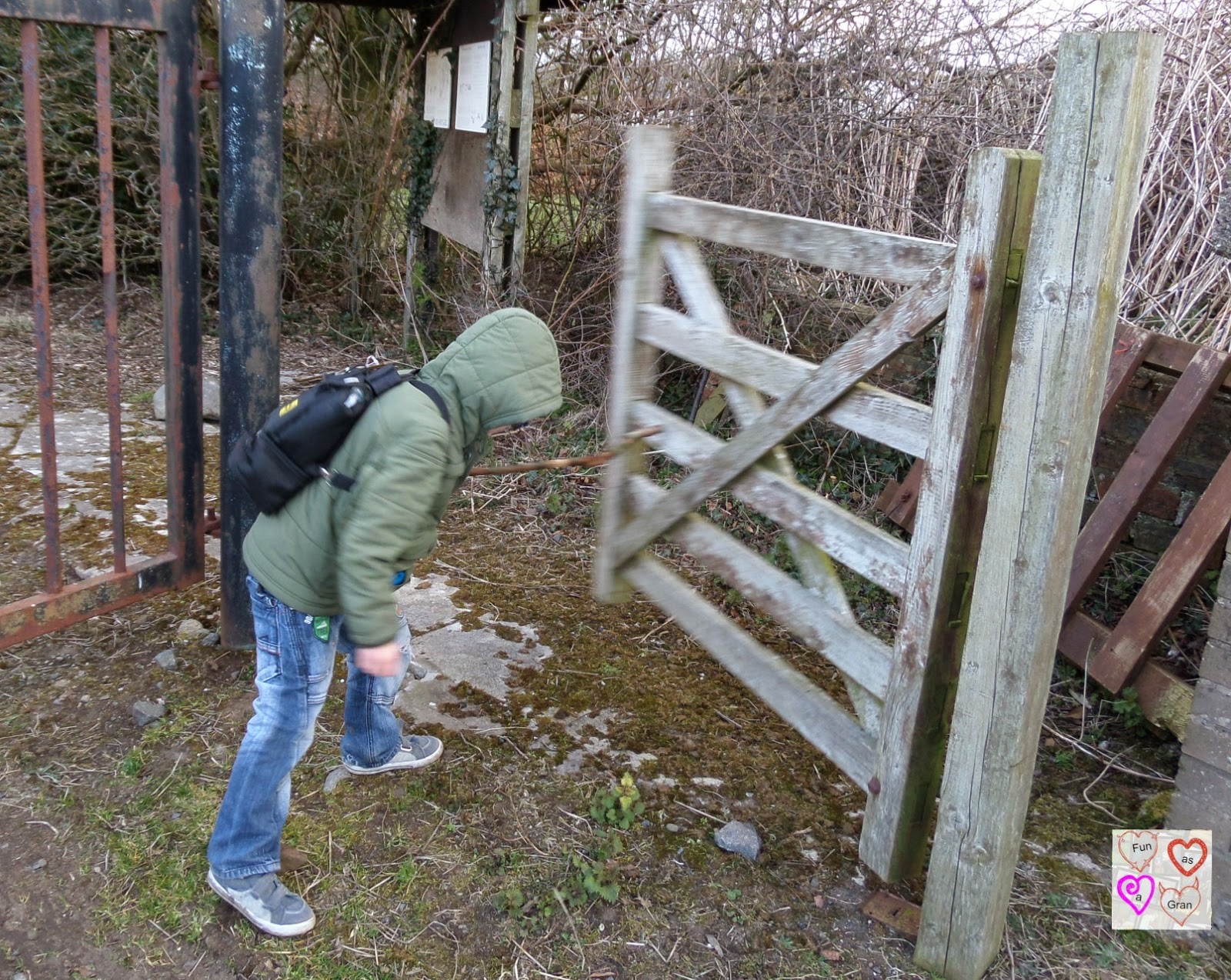 I have to say the walk was rather cold, there was no heat in the sun, but we had fun.

On the way back to the car I was asking Bob if he had any idea what he wants for his birthday. I got no positive suggestions, but know he just does not want more twins.