Three afternoons with the twins.

Last week Bob wanted to go to one of the local(ish) schools out activity weeks, so he was booked in and had an absolute ball, so much so he is going back again next week. But this meant my daughter had to have the hassle of popping the gruesome twosome into the car to get them out at the other end while she went in to collect Bob to pop them back in to bring him home, so I volunteered to have them while she went to get him.

On Monday granddad came with us as he was having to watch them while I went to pick Bob up as Fifi was being dropped at a camp in Perth and her mum expected to hit major traffic coming back as tea in the park was emptying. But she made it back in time to pick him up so we got to have lots of fun instead.

It was raining so we stayed in and read books and drew pictures. Dinky is very much into reading and drawing, the other one is a typical boy and just hashes and bashes through life. 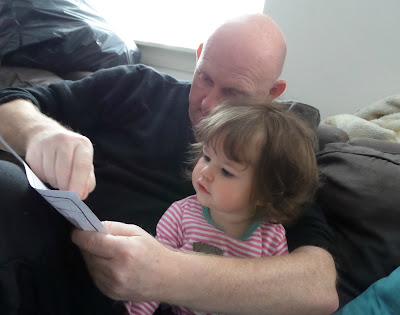 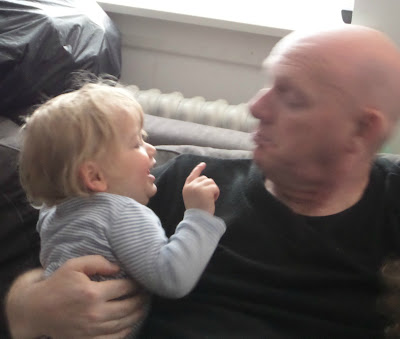 Granddad is stopping him from upsetting Dinky by grabbing her paper. 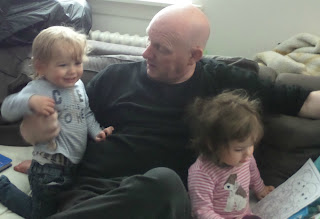 Oh look Grandma has been spotted with the camera, time for it to go away. Wednesday
The weather was much improved and so we popped on some shoes and went out into the garden to play. Minky is so much more into doing things like climbing and using the slide than his sister, who prefers her feet on the ground.

The rocking horse is a bit faded but it is years old, but still very useable 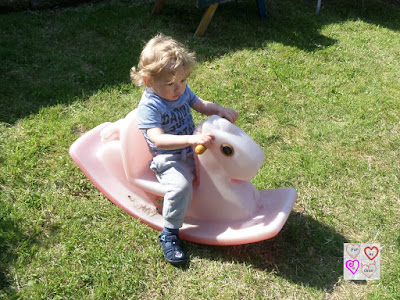 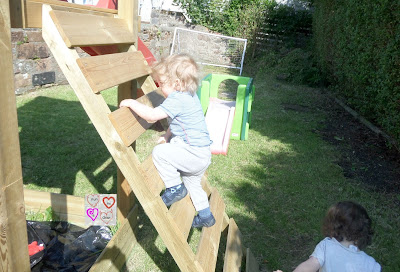 and onto the slide 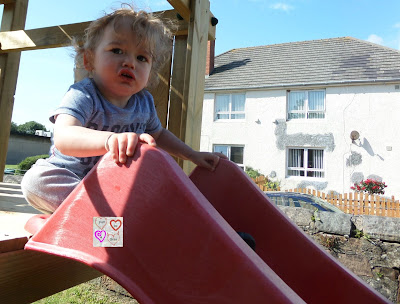 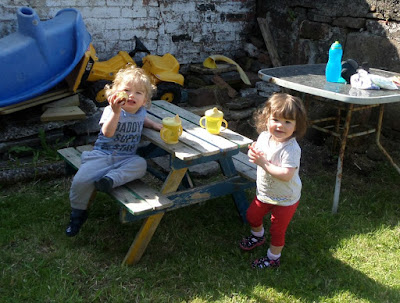 Little cheeky madam on the swing 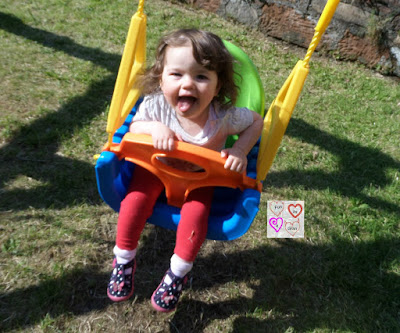 Football is a great game, Dinky brings you the ball, runs back to the goal posts while you kick the ball in and we get a cheer when it goes in the goal, she picks it up and brings it back.

Dinky has a go 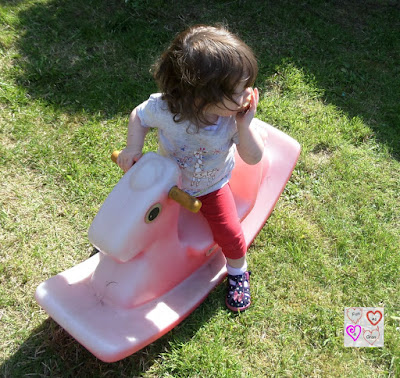 Tickle tickle on the swing 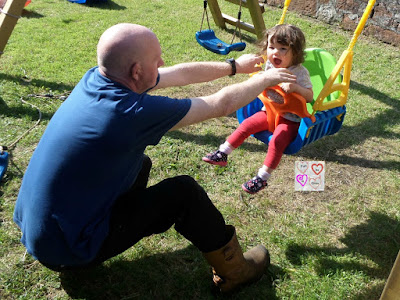 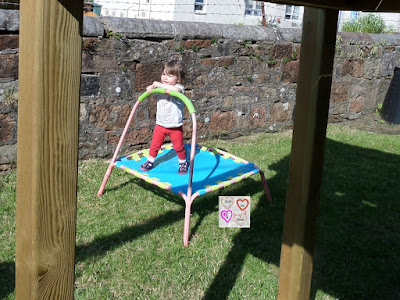 I was amused by Minky as he spent ages trying to do up the lap belt on the swing but could not reach well enough. 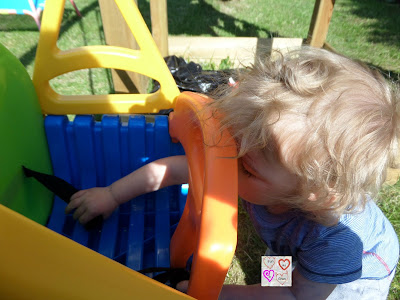 and of course some video footage, great to look back on


Then on Friday afternoon we were back for some more of the same, indoors again as the weather was not suitable to be out.

We had been playing with the bricks but Minky brought out the play tunnel. so we cleared up the bricks so we could get it on the floor. 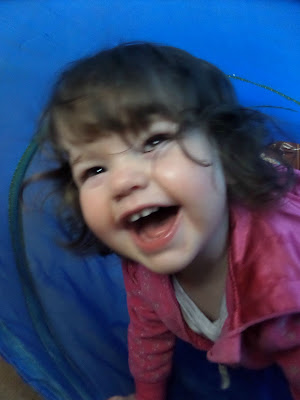 We also read some books 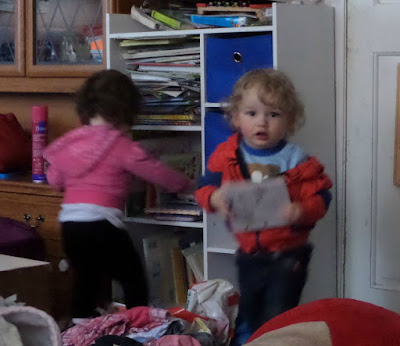 More playing in the tunnel 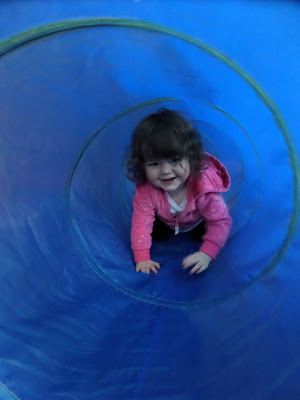 and some cheeky grandma has the camera out pictures 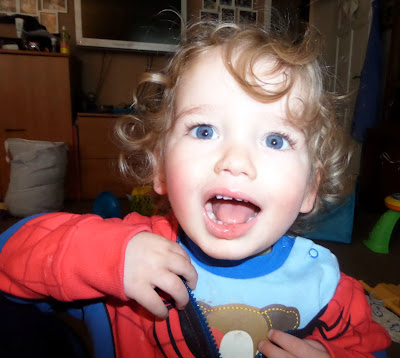 and of course some video footage, gives a much better memory of what they were like.