An absolutely awful week for me. It started with feeling not good on Friday evening, a stinking cold, sore ears and dizziness for the weekend, a large drop in my peak flow so spent the week struggling to breath and could not stop couching enough to get any more than two hours sleep a night all week.

Not seen the wee ones all week apart from one very quick visit as I do not want to pass on the bugs I have.

I spent the day in bed mindlessly watching silly films on Netflix and in my more lucid periods doing some cross stitching.

Fifi had been away to Oban with DD3 to visit DD2, but while she was away Bob, Minky and Dinky spent the weekend vomiting. As Fifi has three exams during the week her mum did not want her back in the house to risk catching it. So she was sent here for 48 hrs, frying pan and fire springs to mind .

The twins should have started nursery today but were not 48 hrs clear so could not.

Was my birthday, and our 15th wedding anniversary. Normally we go out for something to eat but that was not possible the way I was feeling. I also normally get a birthday cake made by DD1 and Fifi and decorated by Bob and the twins. But with a sickness bug rife in my daughters house, SIL has it as well now,  this was not possible, so I did not get my cake. But hubby, Fifi and I had a take away instead.

Anyway the only picture I took during the day was of Lilly chewing a chew. May not seem much to you but this is the first time since we got Lilly that she has chewed a chew. I love how she is settling in and has also started playing with soft toys in the last week as well. 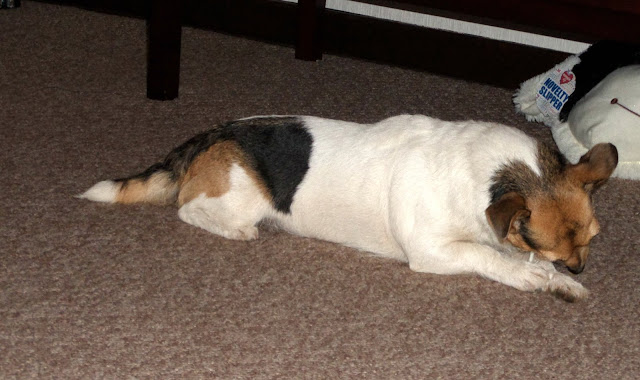 More stuck in the house time, have been listening to audio books, a series called Eternity Springs by Emily March and have watched my way through series one and half of series two of Orange is the New Black.

Fifi came here after school again tonight and sat on her computer watching Celebrity on catch up while texting her friends and making some hama bead figures. She has also been Facetiming the twins as she has missed them. She went home tonight to do bedtime with the twins.

Another sleepless breathless night with less than two hours sleep. So as I was up I decided to be productive. The cross stitching has been finished on this for a while, I just had to stitch it to the cushion. This was a thank you to a friend. Her three year old daughter loved it, but I had asked her mum who her favourite was I knew she would like the charachter.  Her name is on it but I have blanked that out. I also made her another character out of hama beads along with her name.

No choice but to go to the Dr. My normal methods of dealing with my asthma are failing miserably and I cannot even walk up the stairs without coughing my head off for ages afterwards.My bathroom is downstairs so when I go the loo during the night and walk back up the stairs I just cannot get my breath back for hours. Got a course of steroids and antibiotics and a sick line for a week.
Took a very slow very short stroll round the edge of the park with the dog while in the town. There were a number of robins that were considering coming across for something to eat but not quite.

A product review on a personalised book, if you are looking for something a bit different for a present why not consider one of these? 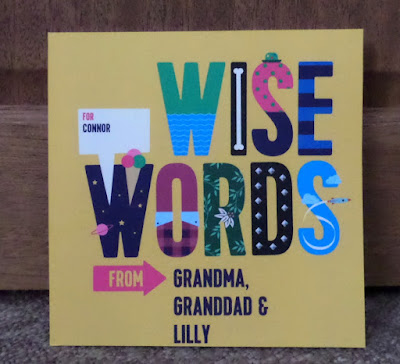 Have had masses of time stuck in the house this week, and with so many sleepless nights I have had plenty of time for working on my cross stitch blankets. I have taken all the pictures, backed them, turned them back the right way round, and pinned them onto the blankets and then stitched them into place with the sewing machine. The one for Minky is totally up cycled as I had a blanket that came in a hamper a few years back, I was hoping Dinky's could be the same, but I did not have a blanket to use for hers and I could not source one from anybody so I bought one. Was not the cost, it was the principal that I had hoped for totally up cycle Christmas blankets.

The finished blankets also have room for me to add pictures to them as well if I wish to. Pictures of them on a separate blog post some time this 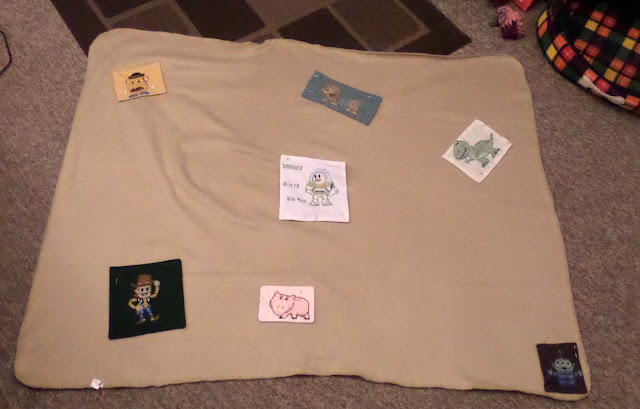