The older two and I went to the pantomime and then for a meal. This is part of their Christmas and is a nice way to spend money on them. Cannot say I was overly impressed. First one I have been to when I did not come out thinking that was good wish I could afford more tickets. The "Wicked Queen" got a bigger part then Snow  White. The so called Wicked Queen was dressed in low cut figure hugging dresses split right up to her knickers and for some of the dance routines the backing dancers were very scantily dressed as well. More aimed at the male audience than the children I thought.

The cold is back with a vengeance. Bottom lip full of cold sores and blisters inside my mouth.  Doctors appointment made for tomorrow afternoon. But I did make a start on the wrapping.

Up all night coughing again with a dropped peak flow. Eyes are totally gunked up now just to add to the misery. Barely open them and can't see properly. Phoned my optician to get him to have a look, he diagnosed bacterial conjunctivitis and gave me drops to put in every hour for two days then down to every two hours and an appointment to go back and see him again.

My GP appointment was an hour later so no real point in going all the way home to go back out again. One time where not having a local GP is a pest but would never have got an appointment with them anyway which is why we do not change. an eleven day course of steroids this time and another week of antibiotics.

So took dog a walk while we waited.


By tea time I cannot stand the light and everything hurts beyond believe.

.
Every year we have a family and friends get together at our local Dobbies  and have our annual colouring competition. This year it was hubby and I, DD3 and our good friend Samantha as well as Bob. It did start off by colouring in the pictures they provide with their crayons, but we unscaled it a few years back. We now bring our own pictures and crayons.

We did have other things planned for today, but everything else got changed and the time pushed back by twenty mins as I could not face doing the rest of the plans and just sent hubby to get DD3 and come back to the village for me and Bob. I did not want to let him down so I took painkillers and went for the hour. 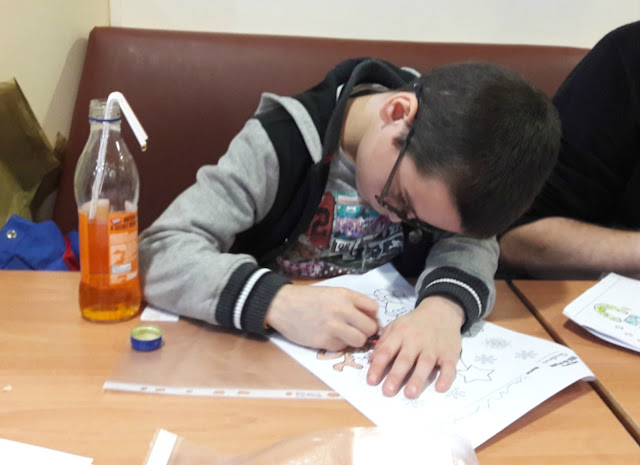 Take 8 tablets a day.....simple enough....except it took me four times to count to 8...I am so tired due to lack of sleep I can not even count. 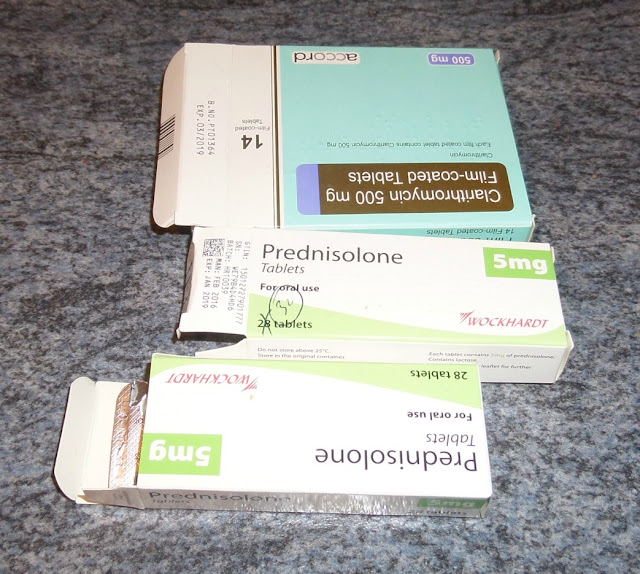 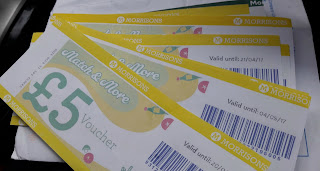 Back at the opticians today for a check. He confirmed what I knew that there is still an issue. My eyes are still mucky and feel like somebody has blown sand in them.  I still need to use the drops every two hours and to go back on Tuesday for another check.

Another mundane job done. One freezer defrosted. Ended up getting really ratty at myself as I just did not have the brain power to get one of the drawers back in the freezer. 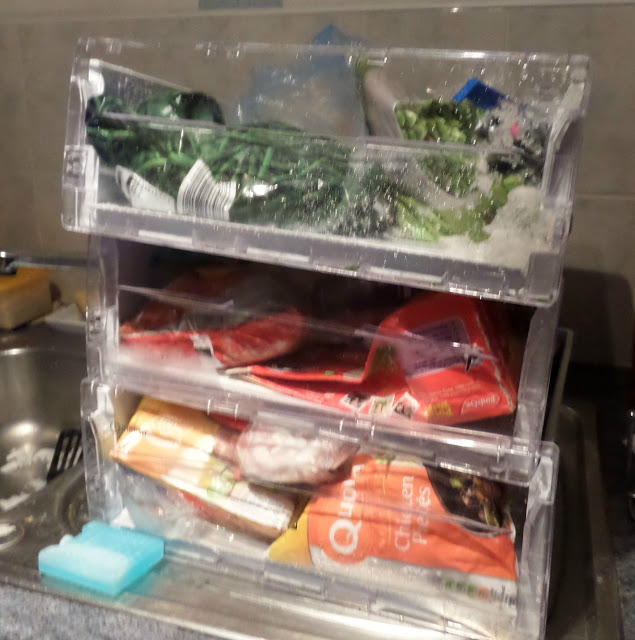 Well this time next week everybody will be getting excited. I hope you all have an amazing time. See you all in two weeks time.