A lovely day so instead of sitting in the library in my break I went and did 1.52 miles round the pathways in the hospital grounds. Was nice to see other people using them including staff and patients. Might not sound like the biggest walk but I already do more than 15,000 steps during my very physical shifts at work.
Hubby was busy making a frame for round the edge of the old tattie patch so we can fence it off properly. Will probably just fire some wild flower seeds in it for this year. 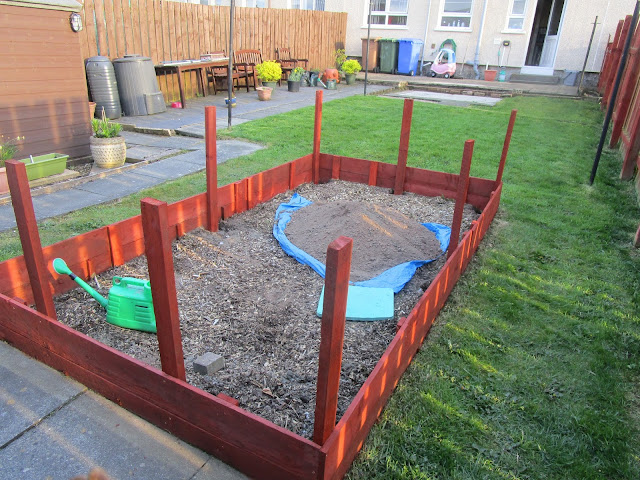 A very warm day, still too warm to walk the dog at 4.30 when Bob was in at gymnastics so I went and wandered round the village and found a new walk we will use next week.
After tea we went for a walk down the woods. They are beautiful this time of year with all the bluebells. The "clean up the woods" group has added a new bridge to make it easier to get across the river 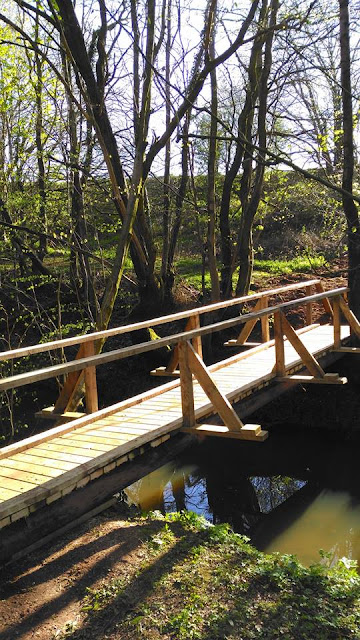 Went to meet up with a friend. She has been having a rough time so it was just to show some support. She has put a lot of plans into place this week for herself and I am hoping she heeds my advice on the other issues. Quite proud of what she achieved for herself this week. 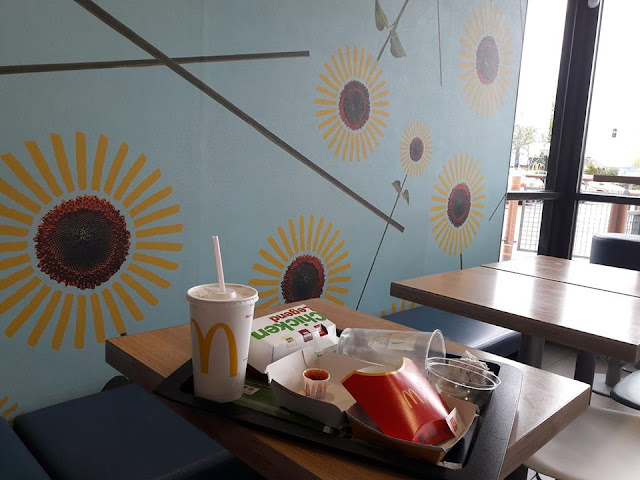 Rain was threatened for lunchtime so we decided on a morning walk for a change. Went to Failford and did three miles along the river. I have never seen wee Dixie dog have as much fun as she did today. Really loved her walk and did a lot of exploring, running up hills and down bankings. Did have my heart in my mouth a few times but all ended well. We went along the end to Peden's Cove and she took off up the sandstone steps from where it is said Alexander Peden a Covenanter, did his preaching here in the seventeenth century. 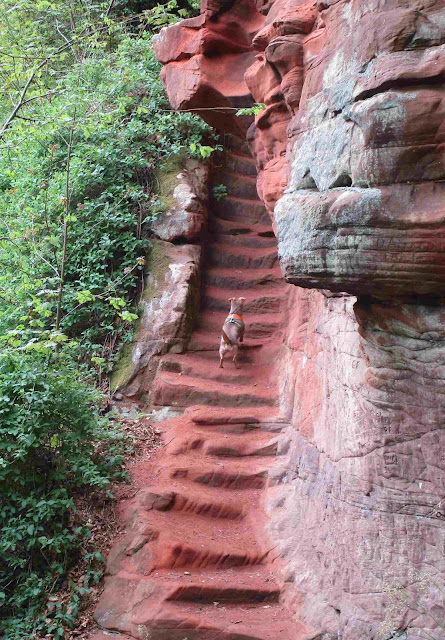 The Active Travel Hub in Ayr are running a series of Ladies only bike rides around the area. Been a few years since I was on a bike as we had nowhere to keep mine when we moved here so gave it to DD2. So I decided to go and join in with the six mile ride today. It was a lovely small group, just six of us and on the cycle paths we cycled two abreast chatting as we went. I did manage to fall off at one point, my foot got caught on the cross bar when trying to get off and took a tumble. Two nice bruises but nothing really hurt apart from my pride, Took me through an area I have never been before but would be lovely to go back to and walk with the dog. Have worked out how to access it from the car as Dixie is not a lover of walking along side busy roads. 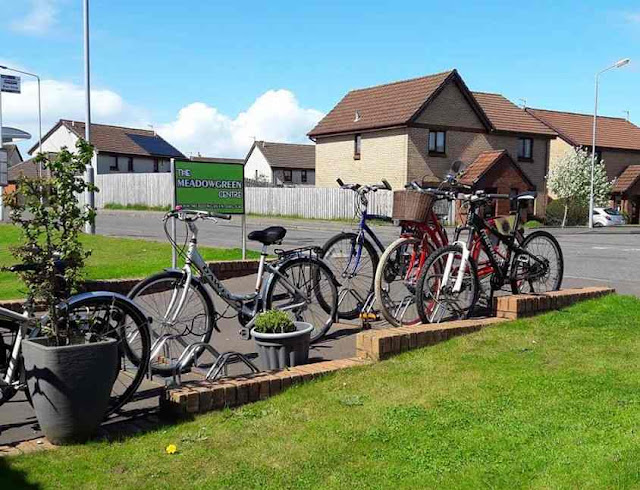 Dinky was wanting to play with Dixie dog and we had tried a few attempts this week to get out somewhere nice with them but it just did not happen for one reason or another. So they came over for a play afternoon today. Sadly it rained the whole time they were here so they did nit get out the back door but played games and being silly in the house instead. 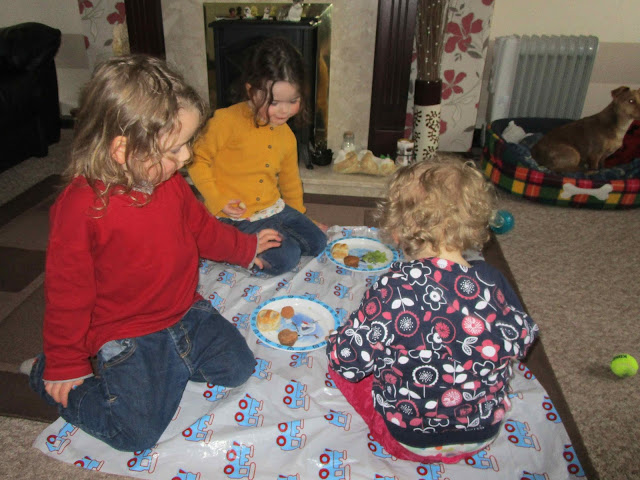 I had put a shout on out Facebook at the start of the week to see if anybody had a Fitbit HR they wanted to sell as I fancied one to monitor (hopefully) my getting fitter internally. A lovely lady came back and offered me one she no longer used and for free, and she even threw in the postage as well. So going to be interesting to monitor heart rate while out walking plus see if I can get my resting heart rate down as well. It also monitors my awake and my restless periods during the night, of which there are many!!
I will need to find a way to pay this forward to somebody else in the near future.

Could not get a clear picture of it, in every one I took it looks out of focus. 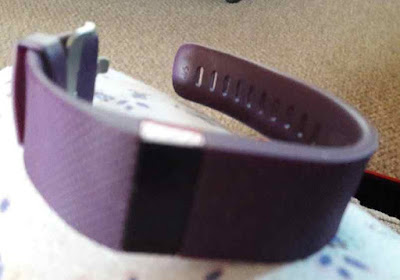