Sunday
Another double shift at work, far to warm to be there but job needs doing regardless. The original  cactus from which this is a many generations removed off shoot was bought by DD3 back when she was in primary school, it seems to flower every second year. The flowers don't seem to open much or last long but looks impressive when in flower. 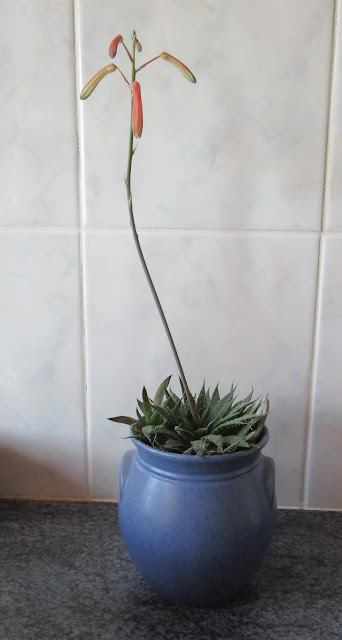 Had to nip into Kilmarnock for something and so decided to walk the dog under the cover of the trees on the way home. Spotted this rusty old wheel barrow in amongst the woods. 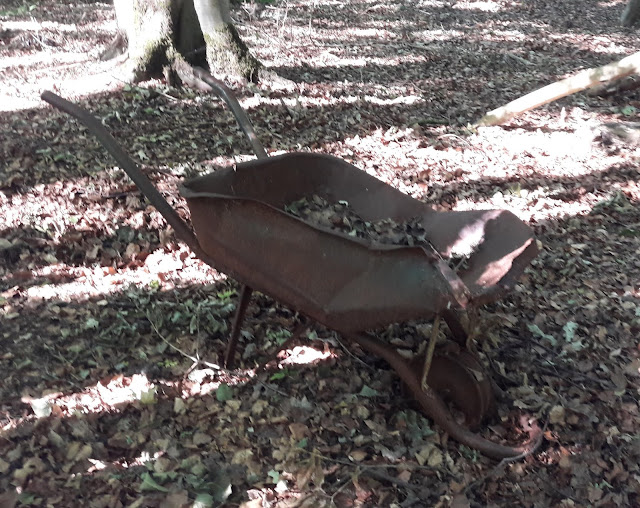 Bye bye old car you have served us well. Had the car for three years and was bought with £2k I won on the local radio. So owes us nothing. Just far to much wrong with it and to many pieces needing replaced to make it financially viable to sort. 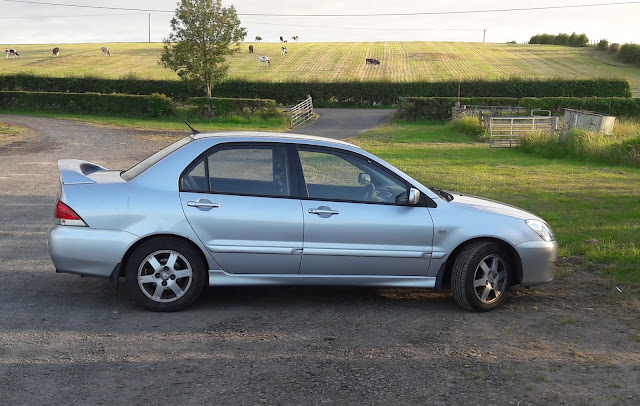 Went today to pick up our new to us car. Drives very nicely and dead comfy. It is a 12 plate Seat Altea. Documents say beige in colour. Looks silver in the sun and sort of champagne coloured out of it. 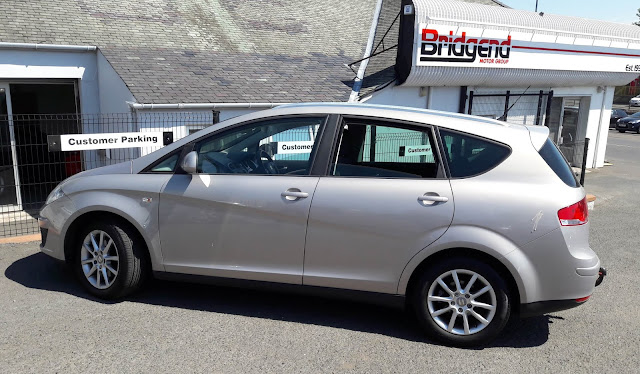 I had promised Bob a day out for his birthday ( back in April) and everything he suggested was not doable for one reason or another ( he is to small for gocarting, his vision not good enough for lazer quest, his lungs not good enough for trampolining as well as the risk of a broken bone) so eventually he settled to go to Gamesmania at the Science Centre in Glasgow, we had a great day together with a lot of laughs. 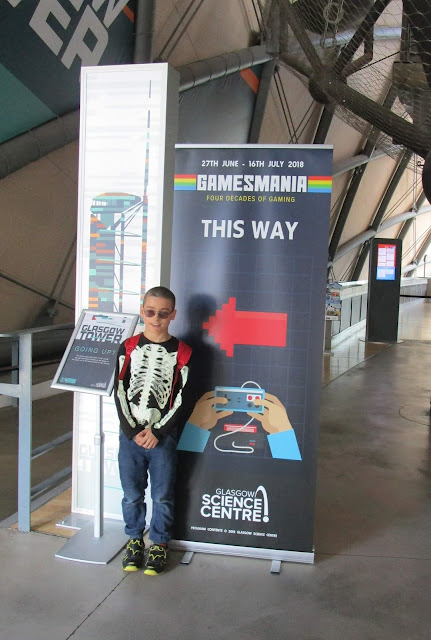 Today is a year since wee Lilly went. Hubby had found this stone when he was out with her on a walk long before things got bad and brought it home for me. So he sprayed it yellow and I with my limited  artistic ability decorated it. We have written on the back which rock page we follow and hopefully it will get to travel where Lilly did not. 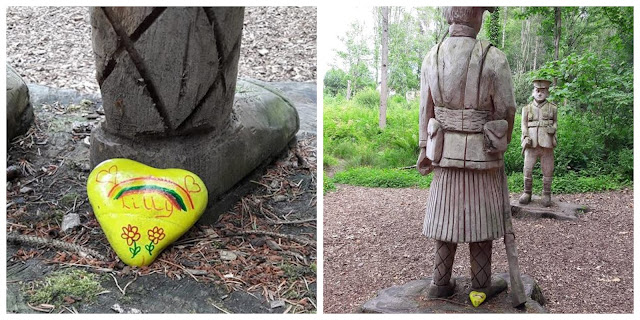 Hubby has been working on rebuilding the wall out the back door. The shed had supported this wall but now the shed has moved he moved all the damaged bricks and is building the edge back up to its original height. The birds have been using the dogs water bowl as a bird bath so have also put out another container for them to bath in. Now having to empty and replace the dogs water a dozen or more times a day. 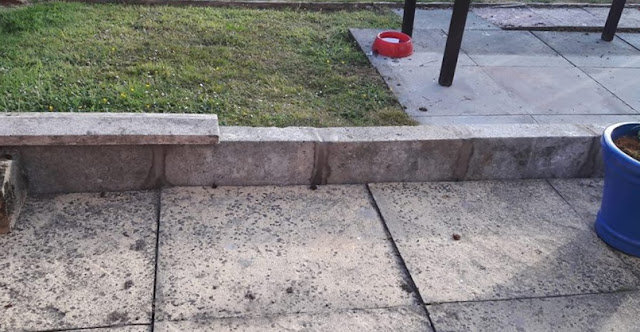