Two of the children back at school this week, one back to nursery and one had her first day at nursery, all went well.

Out on my bike for about 45 mins, other things to do but 45 mins is better than nothing. Went to do some last minute shopping, no luck with what I needed. Home to pack and sort ready for a few days away tomorrow.

Walked Dixie along the river while we were out anyway. 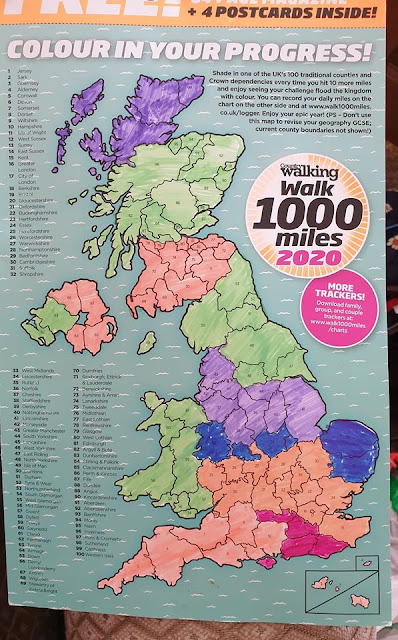 Spud had an induction day at nursery, this was her first day away on her own and she loved it. Had she been three days older she would have started school this year.

Heading off up to Oban for a few days to see DD2, SIL2 and the girls.

Decisions decisions on which way to go. The A83  at the Rest and be thankful is currently closed after 6,000 tons of rocks and debris cascaded down the hillsides after the heavy rain over a week ago. But the old military road (OMR) is open which is allowing traffic through single file. Lots of snarl ups on other tourist spots along the A82 with some roads at a standstill over the weekend. Or the is the option of the Gourock to Dunoon ferry route and then drive from there.

The only route NOT being considered is  the marked diversion route of the Tarbet to Crianlarich road, drove it the first time we went up and to say I was shit scared is an understatement. The road is just ( if you breathe in) two vehicles wide. Going up you have a wall on one side of the road so you have nowhere to go and the other side is barely a foot or so from Loch Lomond so you have nowhere to go either... Only lasts for about ten miles but would not send my worst enemy up there.

Decided to risk the OMR and were pleasantly surprised how little traffic was on any of the roads in that area. Managed to get through the one way bit just at the end of a stream of traffic.

Stopped off at our accommodation for the next few days, unpacked the car and had a rest before setting off to see the family.

Got bitten to death walking the dogs at Ganavan beach.

DD2 and the girls came over to us in the morning and then we headed of to Angus's Garden. A memorial garden set up by Angus's parents after he was killed in 1956 age 28. We followed one of the trails round past the bell as Ziggy likes to ring it. Stopped for a snack and then back round into the shade for lunch. Much to hot for my liking and the girls and Granddad were grumpy.

Back to DD2's for tea and then we headed home without walking the dog again as I had enough midge bites.

We headed to Fearnoch Forest and walked the dog mostly in the shade before headed to DD2. The plan had been to go for something to eat but we had not booked and decided it was to warm to sit outside and eat so we just went to the park by car to play for a while.

DD2 went and did some shopping when we got back and I watched the girls. Distracted Roo with a bowl of water and some bath toys.

Back to our digs, no evening walk tonight either.

Packed up ready to head back home. Met with DD1 and Roo as Ziggy went back to nursery this morning.

A walk round the grounds at Dunstaffnage Castle, again mostly shaded, with Roo in her baby carrier again.

Headed home. This time we did get stuck for a while at the OMR, added on approx 40 mins to our journey but we decided it was our best way home. Did have a panic moment as I know we have to go down to the bottom road but we seemed to be heading in the opposite direction and getting higher and we could see all the traffic on the bottom road, but then it snaked round and went down....phew. Did manage some knitting this week early morning and evening.

Doing the washing and housework that needs doing, blogging and catching up with stuff. Did not take the computer with me when we went despite having access to free wifi where we were staying.

Had somebody out to give us a quote for installing a new shower cubicle and tiling the bathroom floor. Still waiting on a second quote from the plumber who did the toilet. He did explain he was busy. Always prefer two quotes if possible. Did not with the toilet as it just needed doing asap.

A weekend back at work. A different job role, something I have never done before. In my normal hours just a different part of the building where I will meet no public. Is a job role I would never apply for but every job role serves a very useful purpose. Any work is better than no work in my book. Was a good shift, lovely friendly people. had a laugh, was near a nice big fan and within ear shot of a radio. Pot washing was endless and thankless but a good shift regardless.

Pet hate of mine, there are five colours of sweets in these 150g bags, so in reality 30g of each flavour, I do not like the yellow or purple ones, hubby gets them, so why is there 87g in one bag of the two flavours I won't eat and 89g in the other? No did not have anything else to share today. 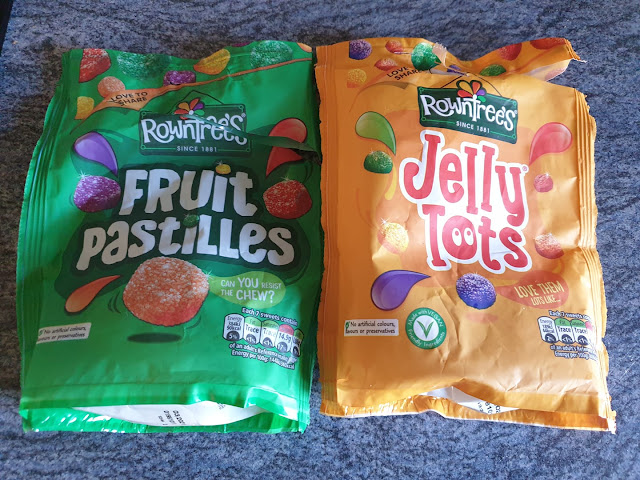