This week has mostly been about getting the spare bedroom finished decorating and making it habitable as we have decided on a room move. The couple that live through the wall don't appreciate how loud their music sounds in my bedroom when they come in from the pub having had one or four. They do this Friday and/or Saturday evening, I am up at 6am at weekends to go to work. So this seems a solution to the problem.

So last night the move in was completed, not telling you what the other two rooms look like as we have decided to paint up the room we were in and put the kids in there and make the room the kids are in into the spare room.

Daughter No1 had been over and she was reminiscing about these spoons. The handles are bent as when the children were younger I use them to take tyres off their bikes to mend punctures. More worrying is realising my spoons are more than 30 years old. 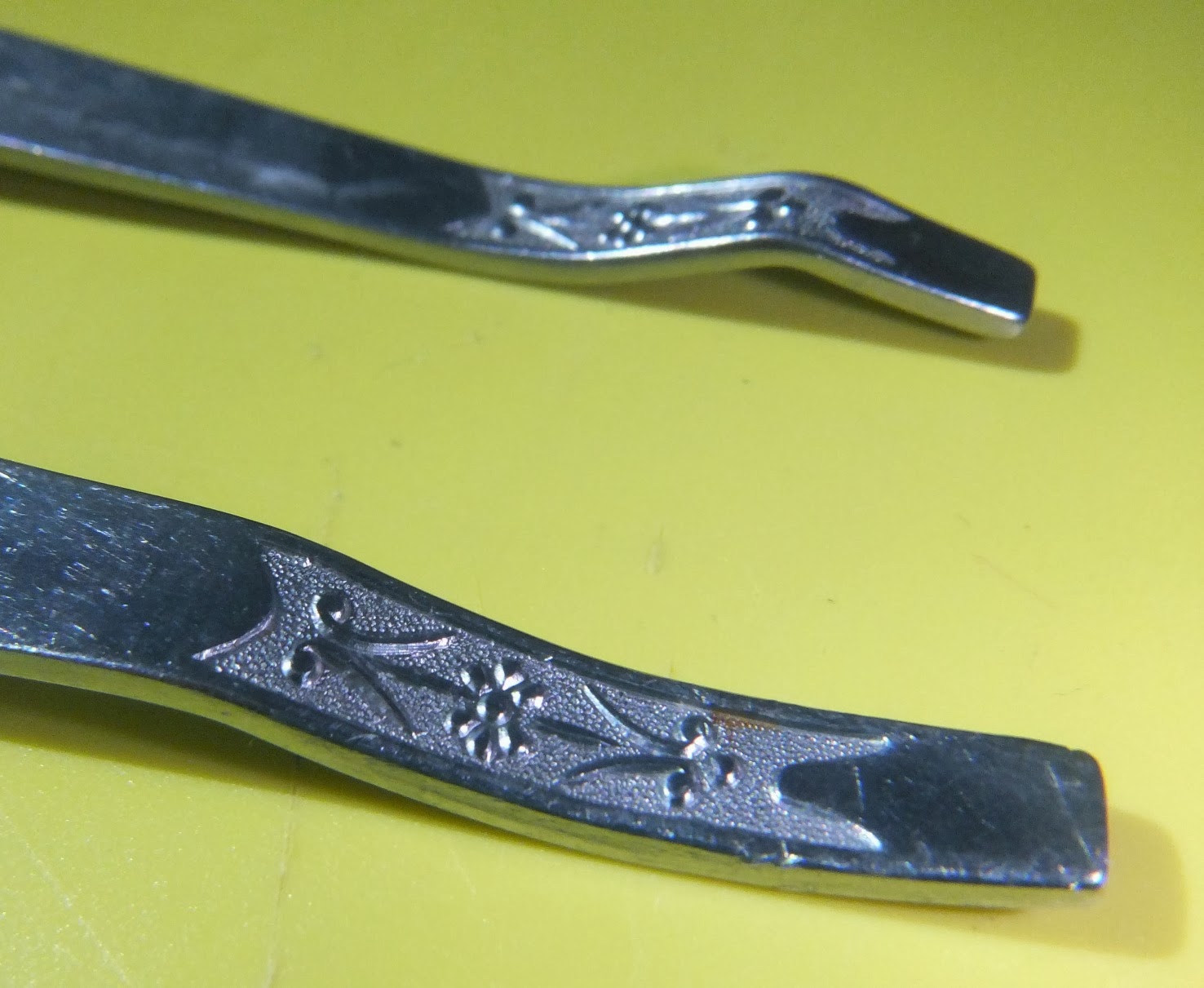 Was over at daughters as I had picked her up something from the shops that she wanted. Here is just to prove home educated children have to work as well. 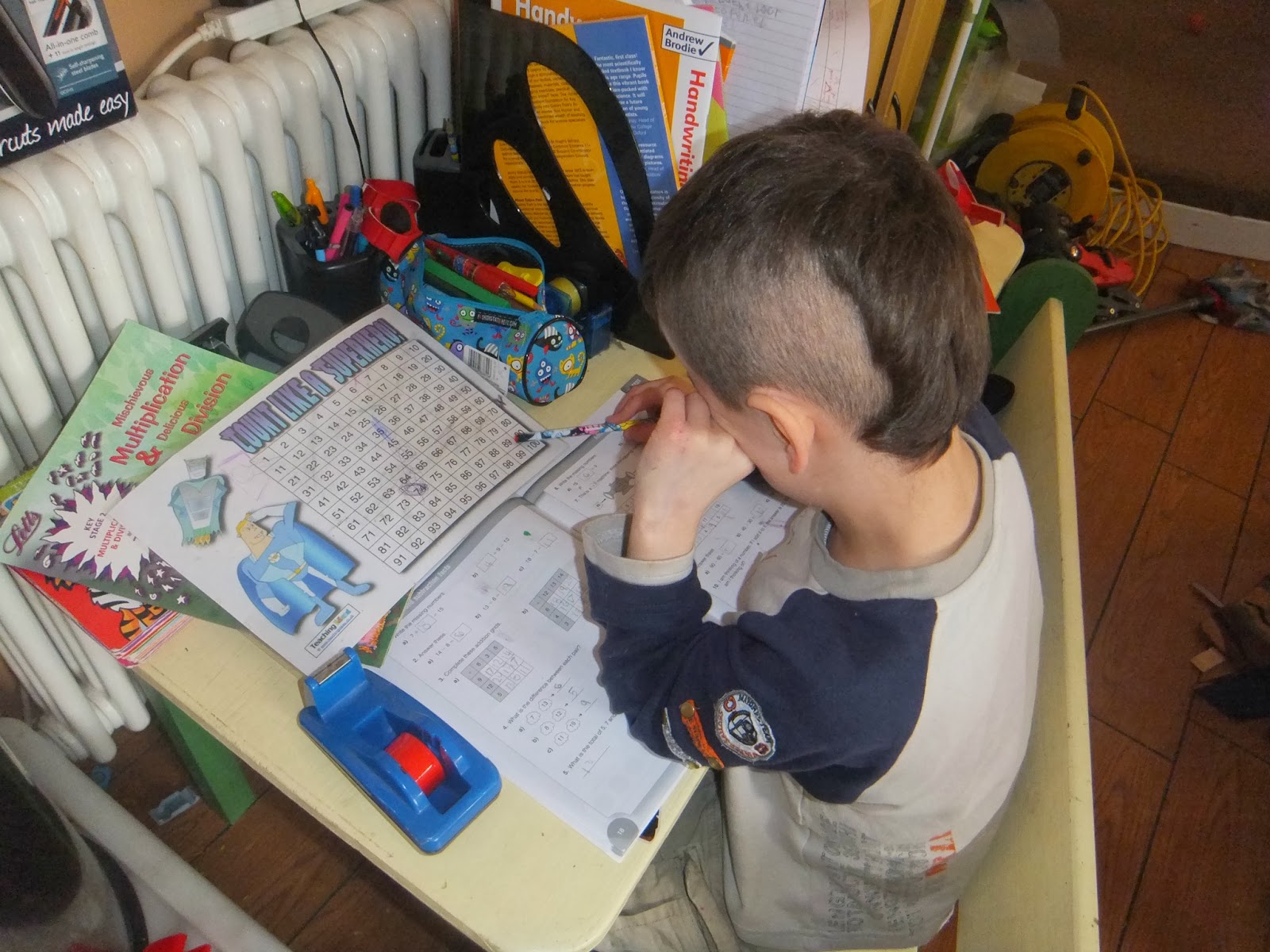 
Was an ok afternoon, not ok enough to go out in the car to find somewhere nice, but ok enough for Bob and I to walk round the village. He did have his camera with him but could not find anything of any interest to photograph. This is him skipping down the street. 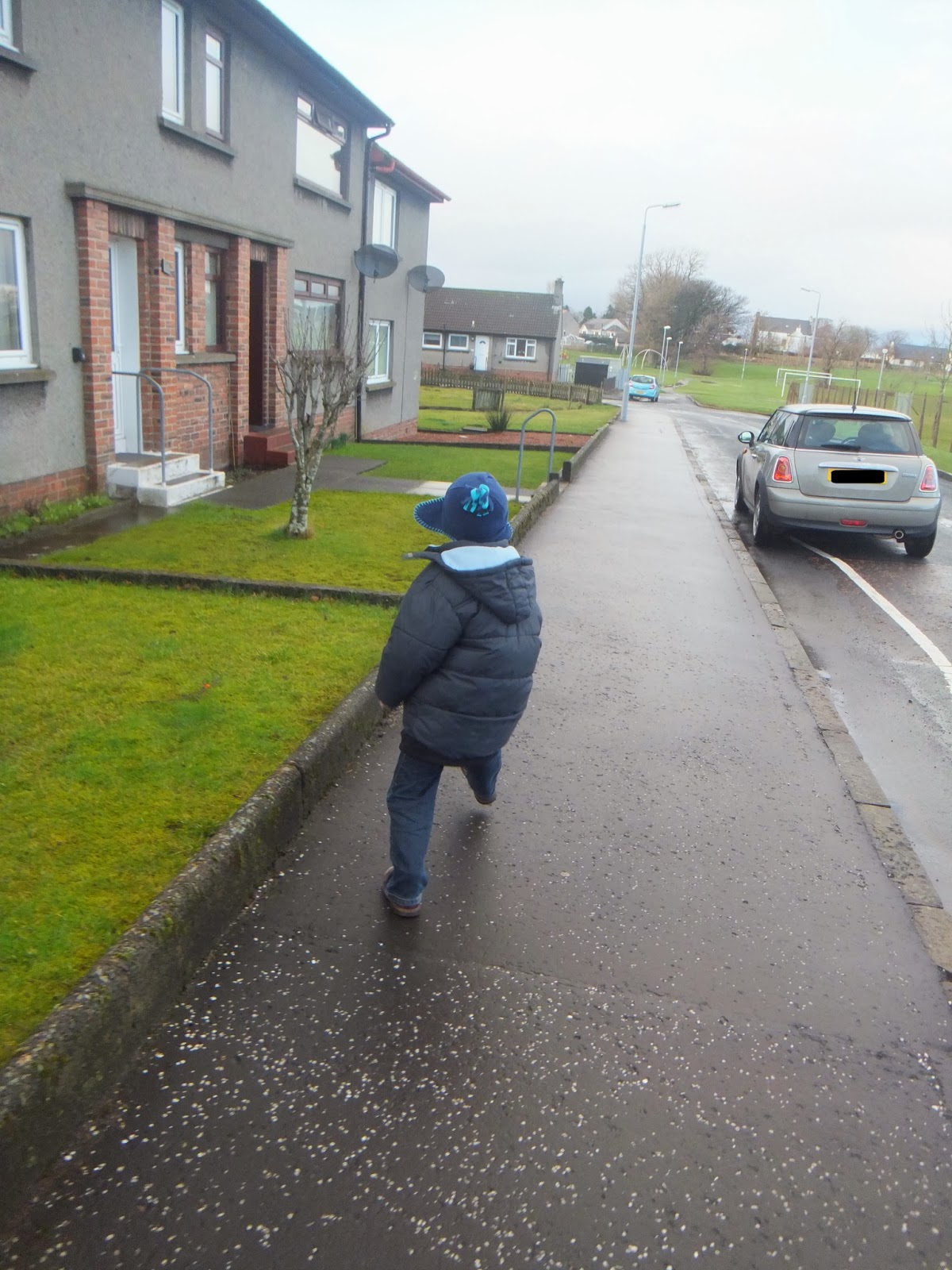 Round at daughters again. Here is Minky with his other gran. 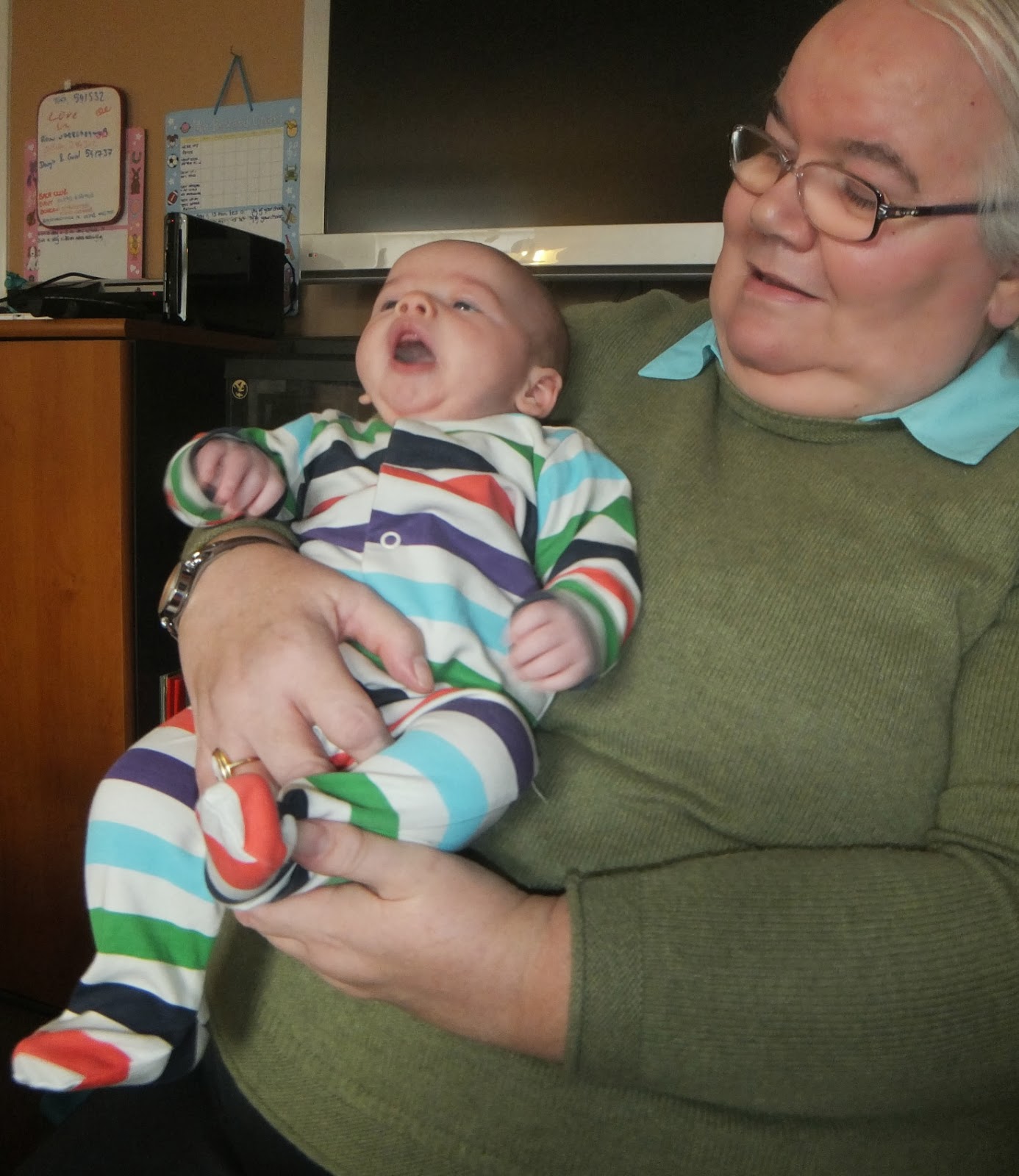 Fifi had been to the Scottish Parliament on Tuesday with the school. While they were there protesters were outside protesting about legalising same sex marriage. On Thursday her and her friend E made wedding outfits for the toy dogs. Here is the bride, E had taken the groom with her. She also made a bunch of flowers, the two wedding rings and the meal of haggis. tatties and neeps. Well we have seen Minky so have to show you Dinky as well. She is watching everything that was going on. I have done an update to the end of January if you want to see a picture from nearly every day last month. 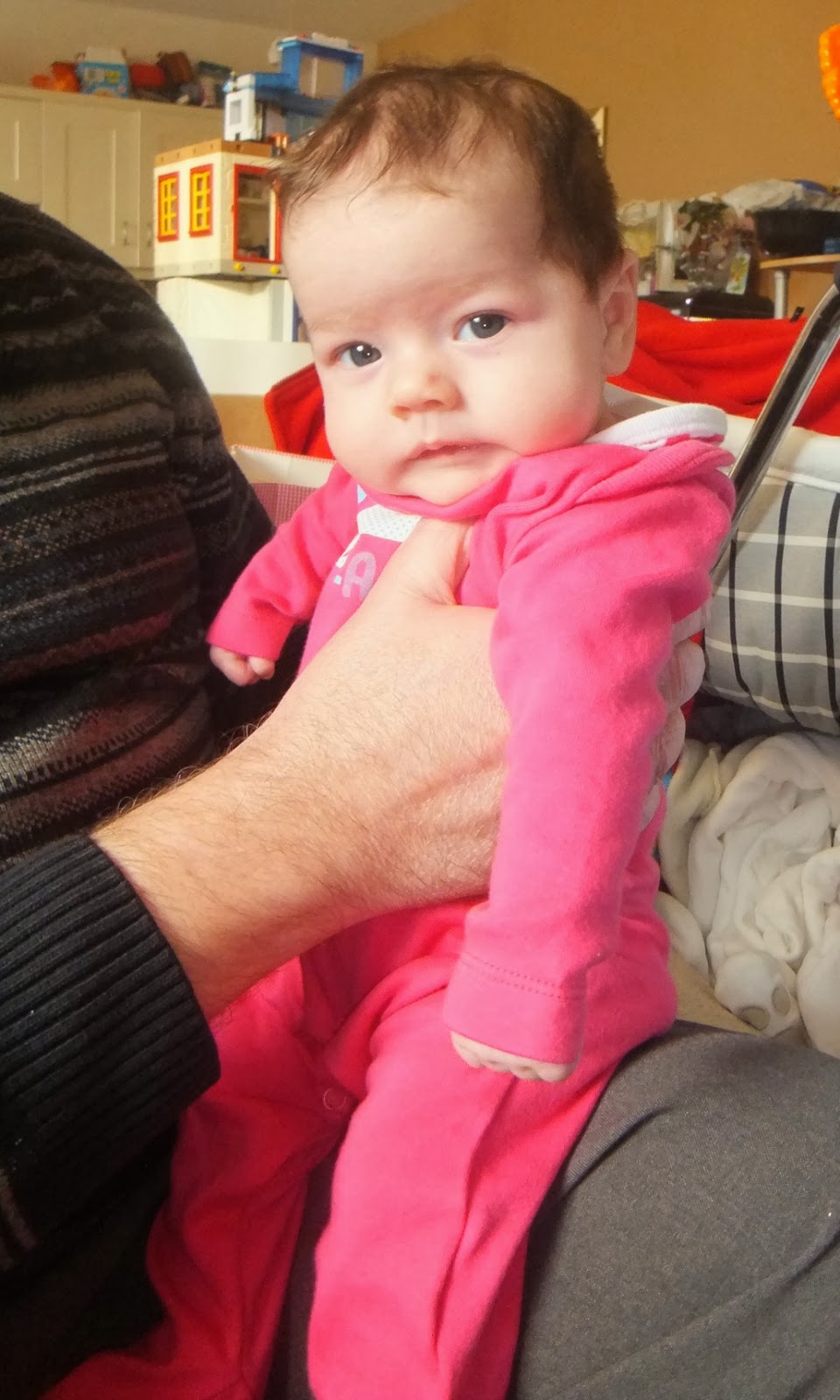 Well this is what was the spare room, but is now ours. The patterned wallpaper is on the two end walls with a beige  *sorry hubby says its natural wicker*  on the other two. There are two windows and we bought a bedding set to match the curtains. A black lampshade on a silver lamp we had in the loft and a small black coffee table next to the bed finishes it off nicely.

Ignore the blue headboard, we need a new black one but not had time to find one yet. 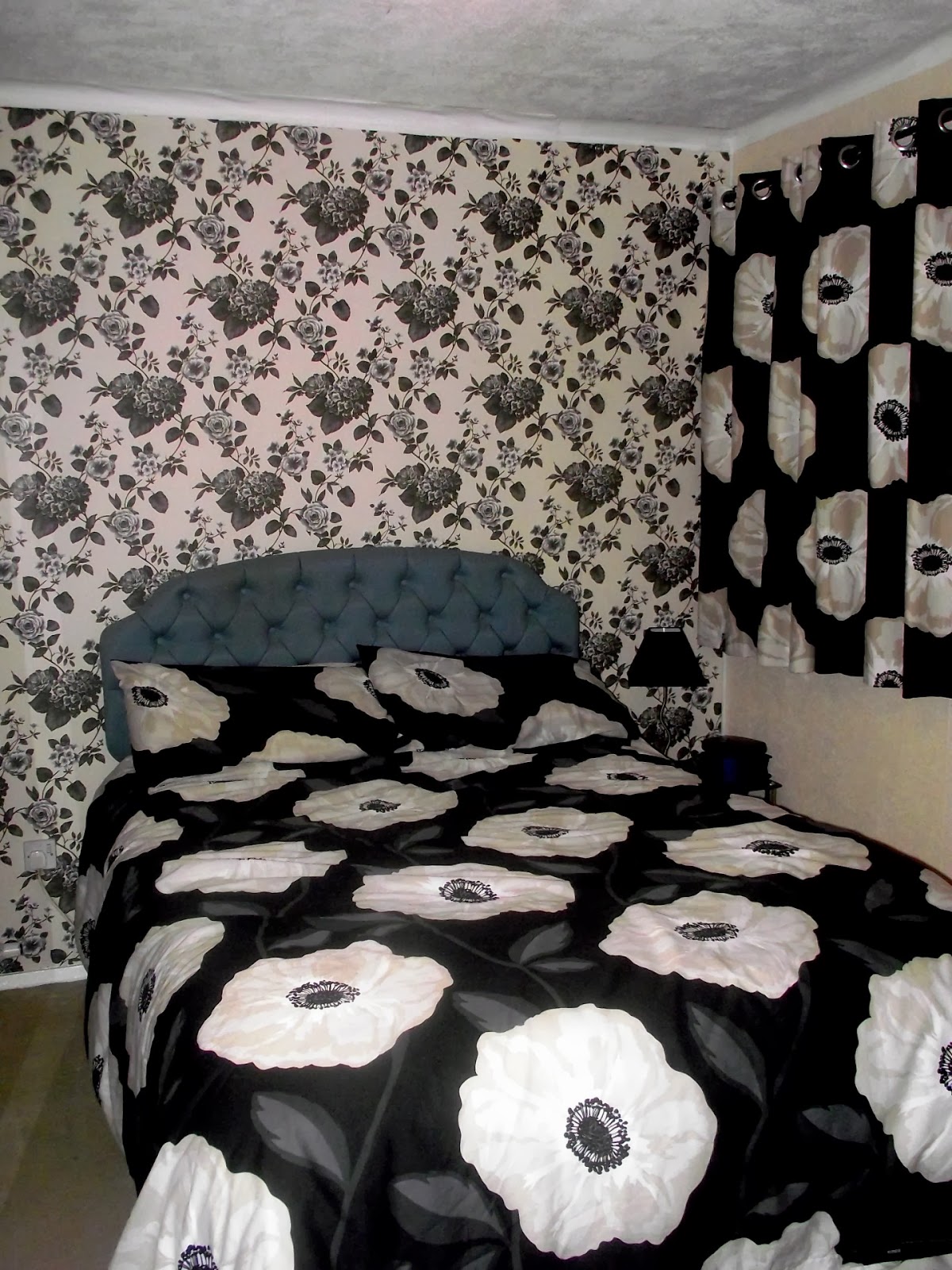