Geocaching and a play in the park.

Last week Fifi was too busy out with her friends to want to come out with us, which was fine as Bob and I stayed in and makes cakes. But this week I asked her where she wanted to go, and she picked the park in Hurlford,not quite sure why when there is bigger and better in the village, but I suppose she can go there any time she wants.

So after we had finished tea we went an picked up Fifi's friend E and set off, allowing her to take E was part bribery to get her to go.

Not stopped in Hurlford in a long time and never looked here for any geocaches, so before we set off I had a look in case there were a few we could do quickly along the way. I discovered there is one in the village, just one, and it had gone live that night, and nobody else had found it s far. So we set off with the hope of being the "first to find" it  Fifi tried explaining to E what the hobby is about but I don't think we convinced her that it was actually fun. Will need to take her out one day over the holidays with us and do a trail of them.

So we found the Chris Hoy cycle track that runs through the village, Fifi knew who Sir Chris Hoy was but the other two didn't, and it was a very quick and easy cache to find. 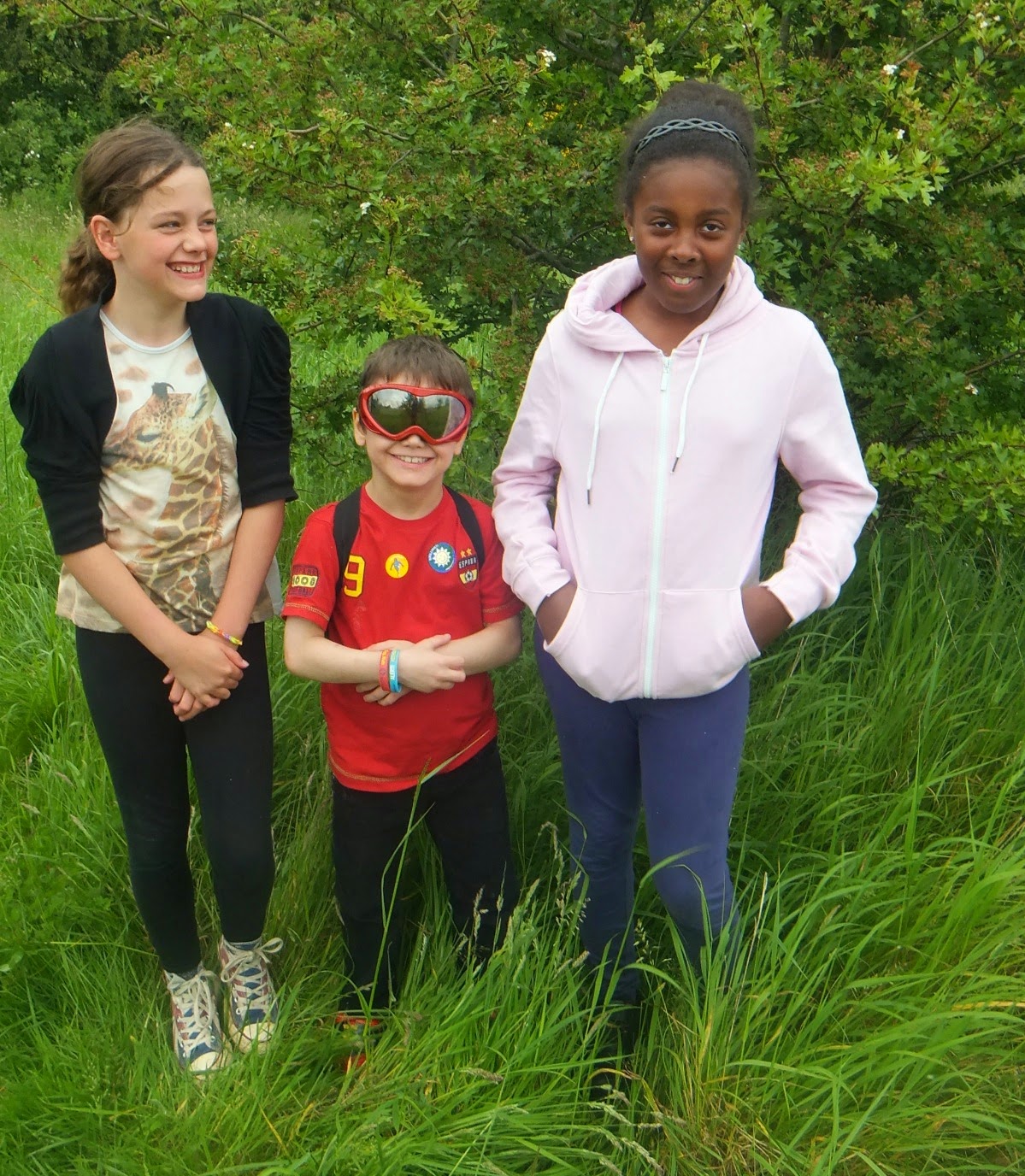 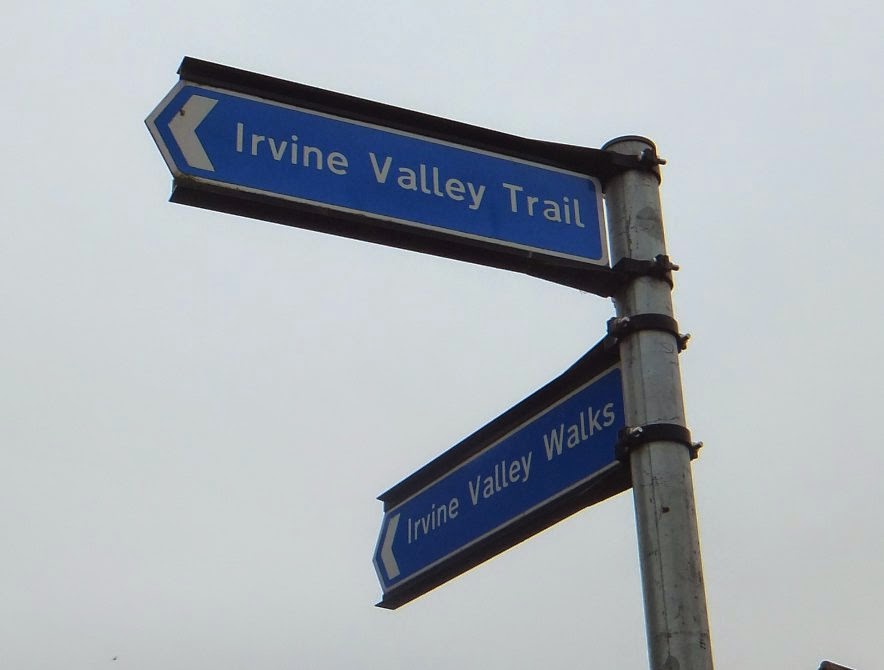 So after we had been to pick up the cache, and yes we did manage to be the first to find, we set off for the park.

For I assume safety reasons there is no direct access to the park from the road, so we went into a side street, parked up and walked across. I like the fact the park is in a big open space and easily visible from the houses.

Dont know what it is about Fifi these days but she cant walk anywhere, its hand stands and cart wheels all the time. 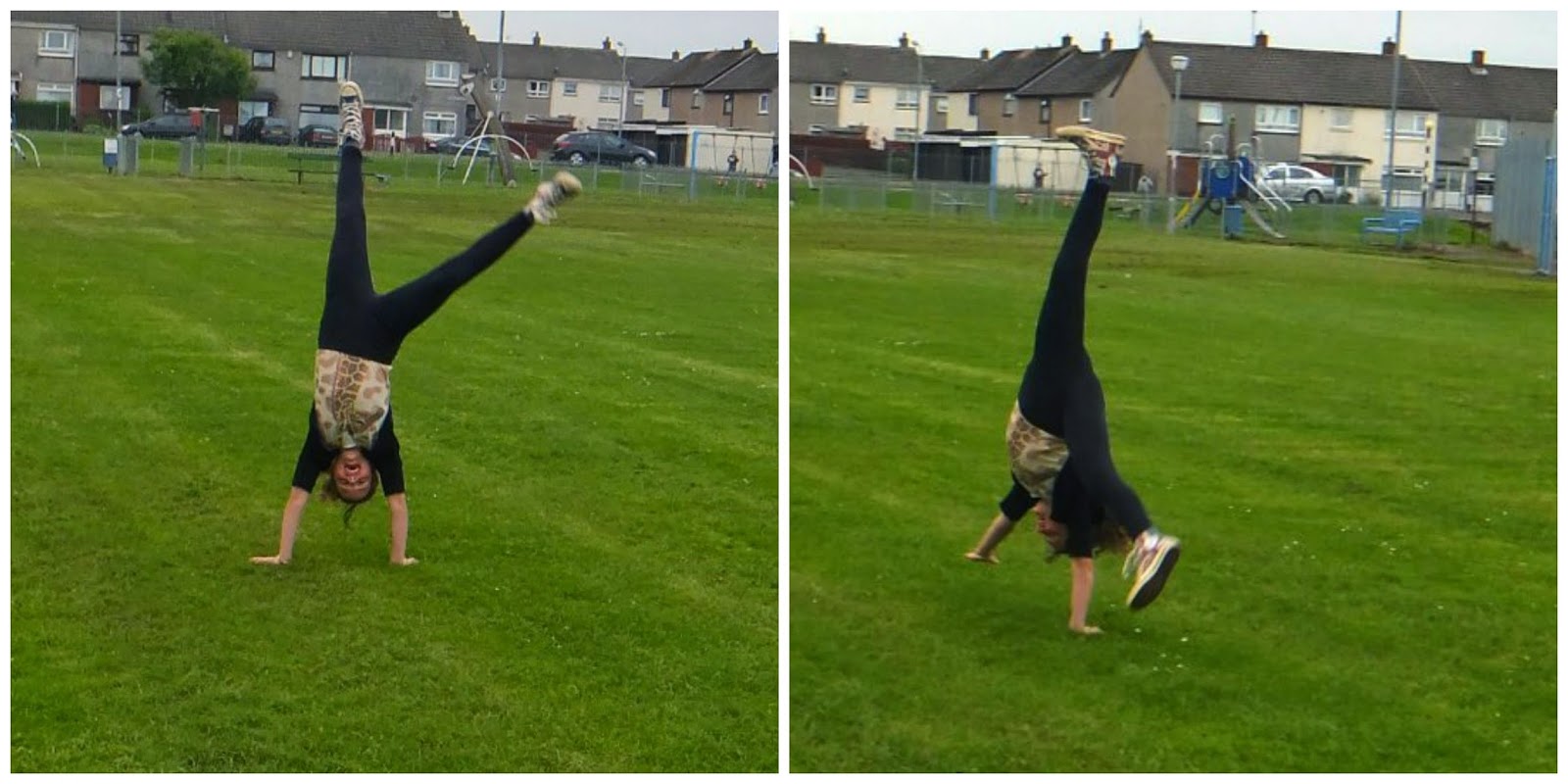 They headed straight for the rope slide. The two girls were big enough to get on this by jumping on. Bob being that bit smaller had to sit up on the bars, get the girls to hold the swing seat for him, use his chin to hold round the chain while he put his hands on it, quite ingenious really, they made a great team. The two girls tried going on this together but were not seated quite right and they managed to fall off on top of each other, think they both must have ended up with a headache the way they landed.

They took it in turns to push the other two on the roundabout, always have to laugh at Bob when he does this as he runs round and round with it and then keeps running round even once he has let go. 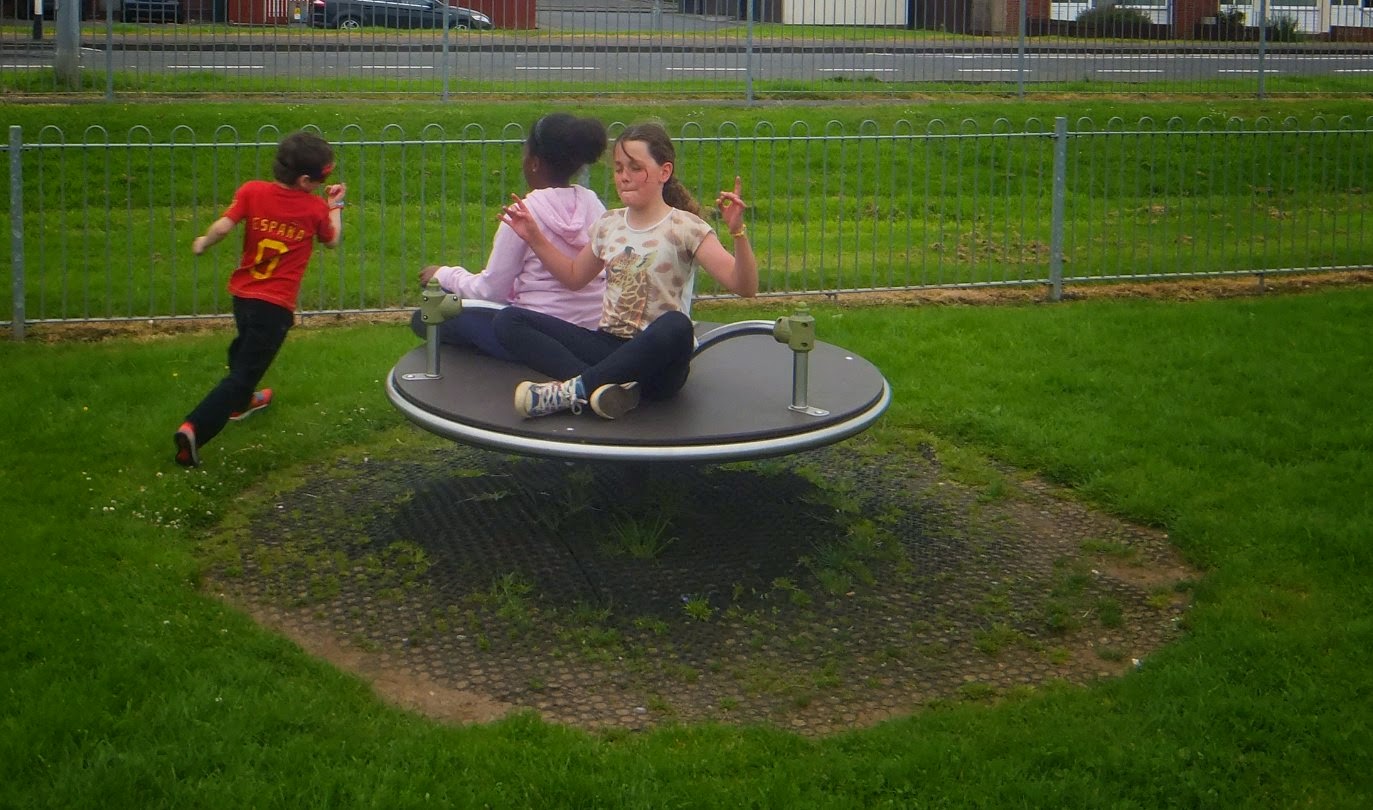 Bob needed a hand up to get onto this, but he could hold on longer than the girls when it was spinning. 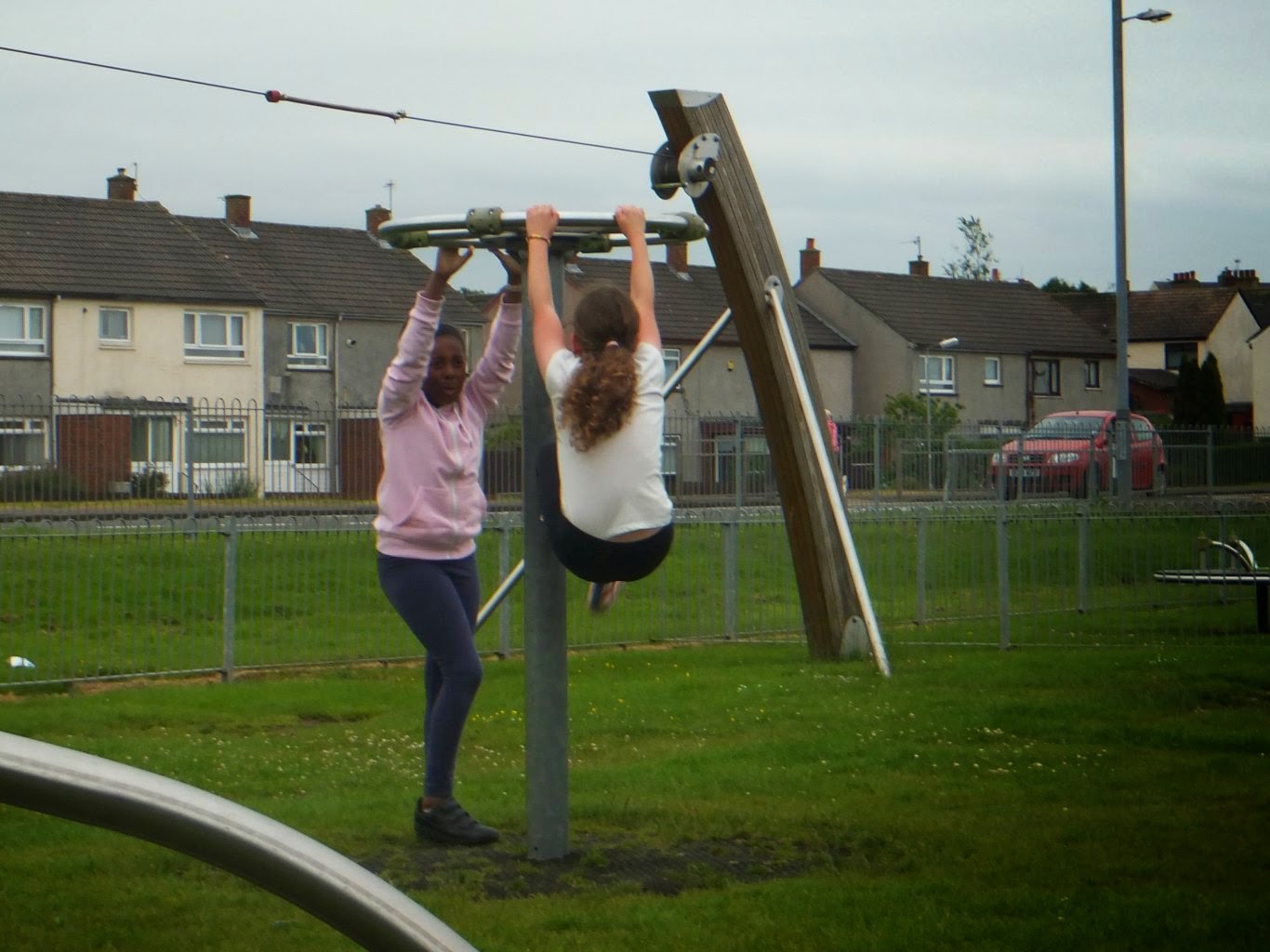 They took it in turns to stand in the middle of this see saw and make it move, though it was designed for children Bob's size and the girls risked getting their toes crushed when it was moving. 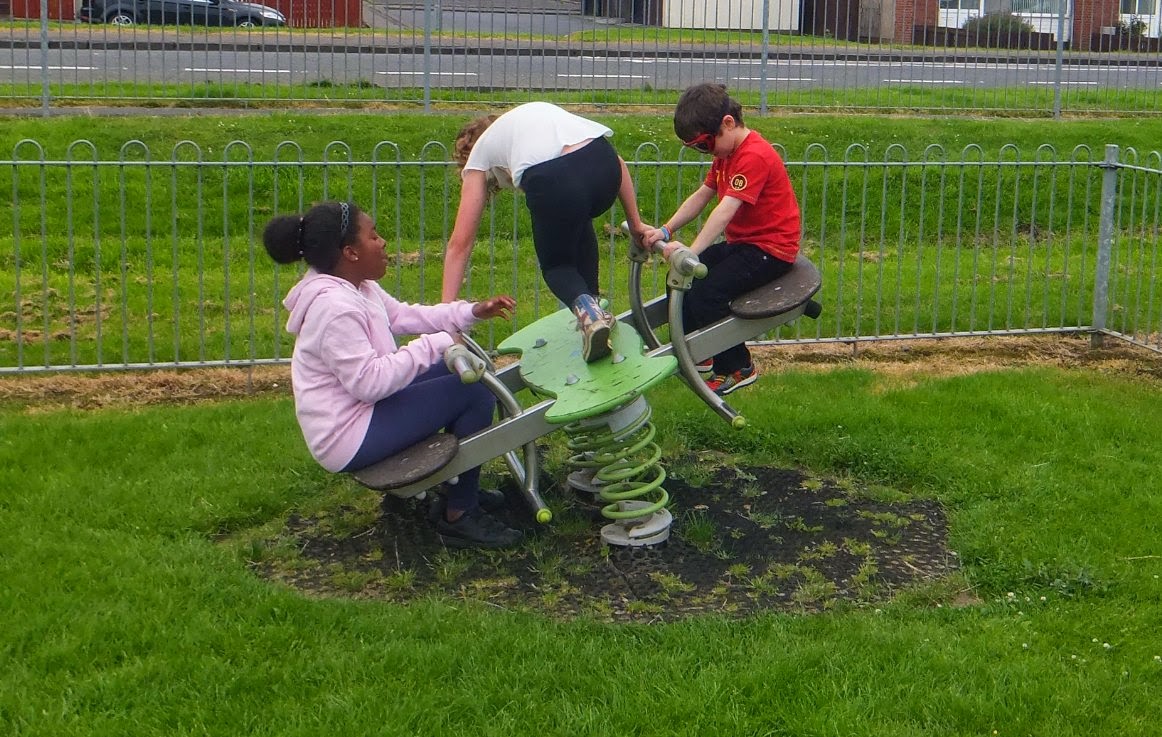 They challenged each other getting ever more brave, or silly, on this, though Bob managed to fall off once, he picked himself up and promptly got pushed over (deliberately by his sister) 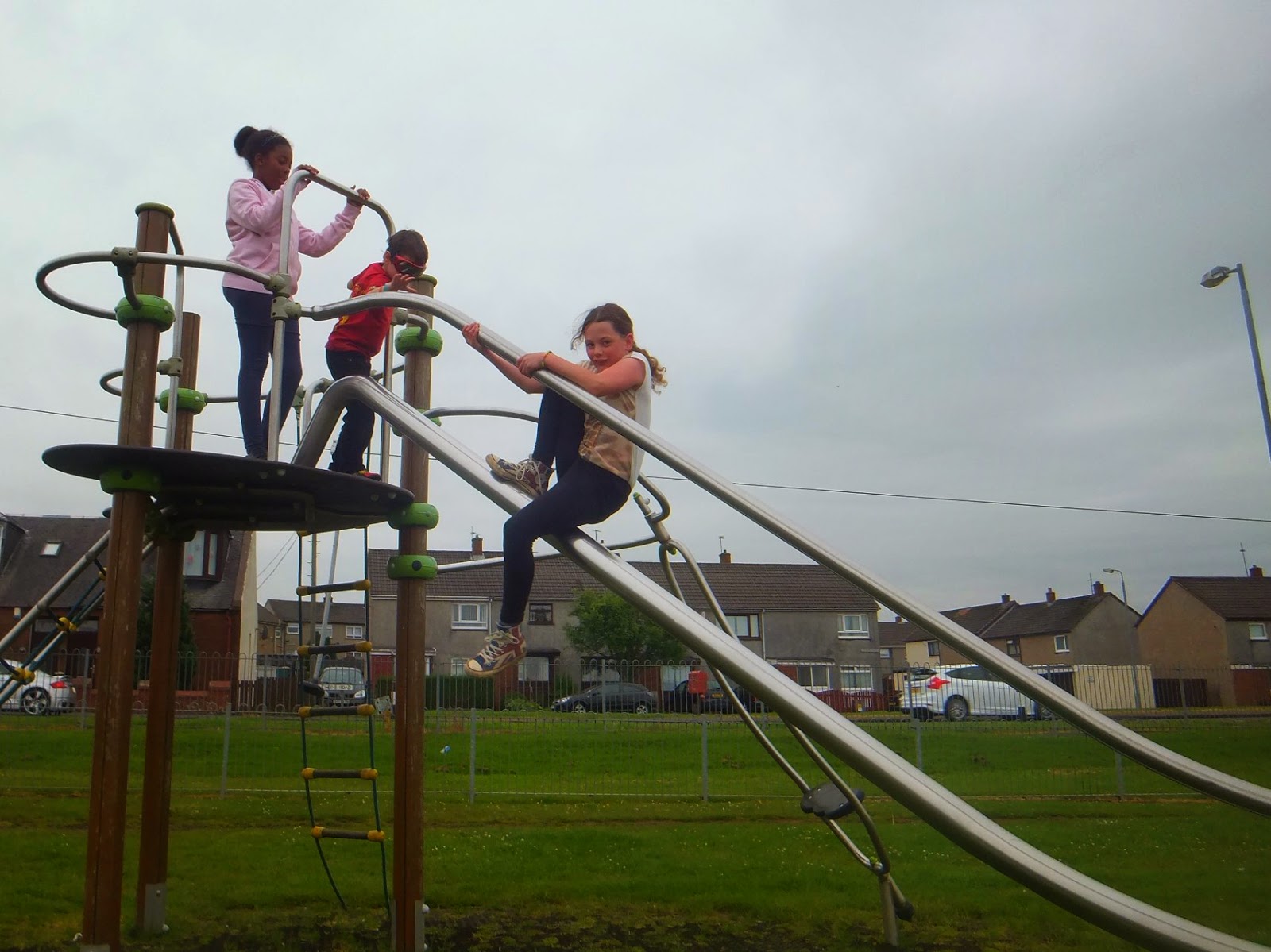 Another boy wandered over to play and him and Bob being better matched weight wise had great fun playing together. Children are so open and the information he was telling me would make his parents cringe......lol 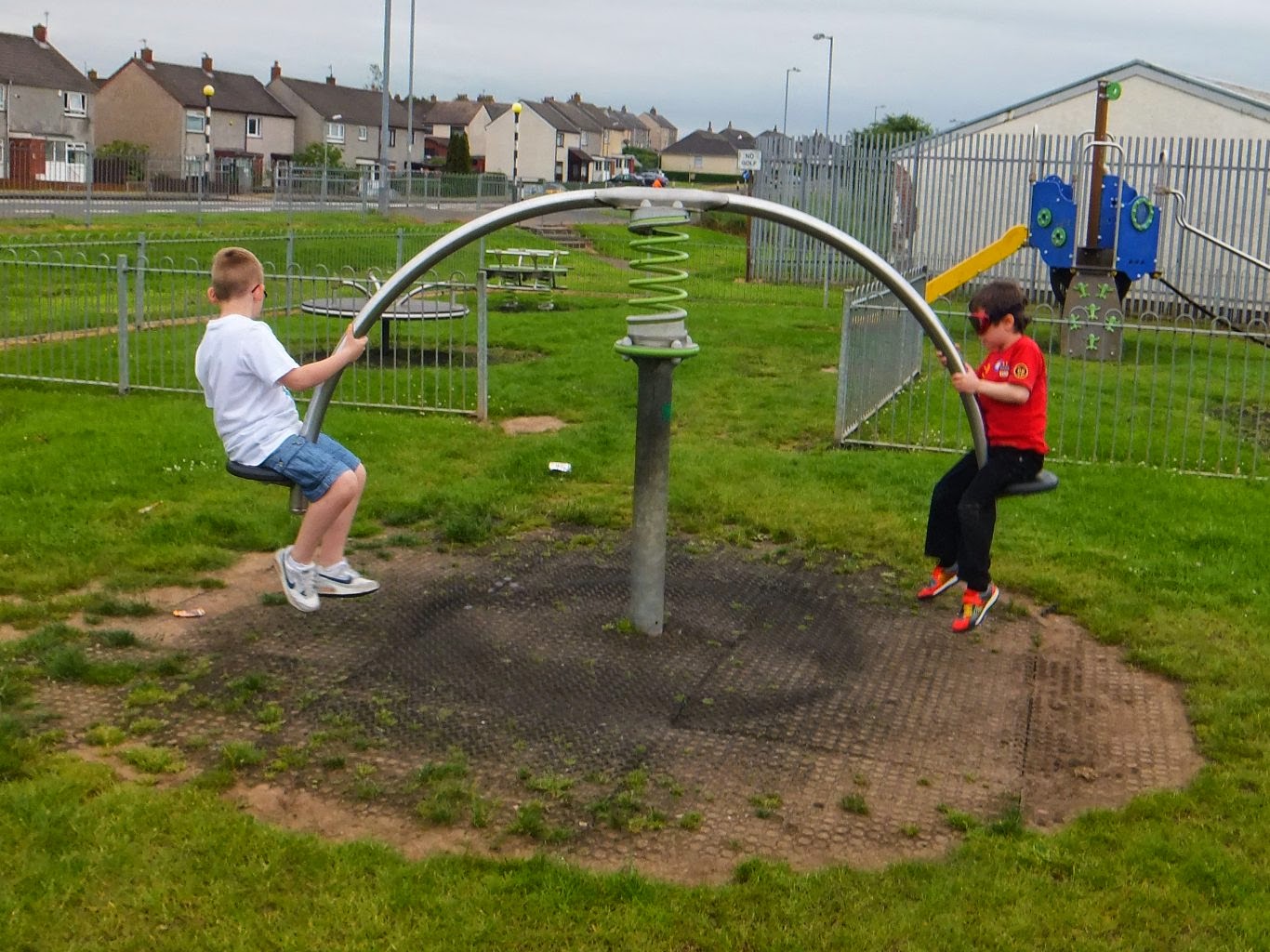 Some times Fifi is so grown up for her age, and other times she behaves like an eleven year old should, happy and playing and silly and having fun, children seem to want to grow up so quick these days.