Cant believe how quick this week has gone, and how little I have achieved The cards are written and distributed, but the wrapping not yet started, and the tree is still in its box. Just don't seem to have had five minutes this week. Did manage to buy the last few bits of presents I needed and hoping to get food shopping on Monday evening. Need to fit in baking with the children as we always make pies for Santa and allergy free biscuits for the elves with allergies.

Dinky decided to pop her dish with tatties and gravy in on her head, so I went and helped bath them. Did not manage to get a single picture with both facing the same way.

I went off to Morrisons with the two sets of Christmas bonus vouchers I had and did the shopping for the Salvation Army. I had listened to what Avril, the woman who runs their food bank said she needed most and stuck to the ideas she suggested. I did throw in some treats in the line of sweets and biscuits. I have to say I have been really touched by the generosity of the people who have helped me with this collection, over £200 worth of food has been handed in,( and some more has been handed to me today - Saturday) that I will drop off at the start of the week.

One of the perks of helping at the over 55's club was an invite to go to the pantomime. We went to see Beauty and The Beast at the Gaiety Theatre in Ayr. Have to say if you are local I would seriously recommend it, it was amazing, so funny, and the two and a half hours just disappeared. I loved the character Frank, he imo really made the show.  Would love to have the money to go back and take the children with me. It did leave me, as a 365'er, itching to take out my camera and use it but we were told at the beginning not to.

Took Bob to see Santa at Dobbies in Ayr. Took him last year and it was a amazing. Elf helpers to talk to and take photographs with. As well as a animated band playing and singing Christmas songs, the atmosphere was amazing. This year I was disappointed, it was lacking that, though we did have a very nice Mrs Claus. Bob told him a list of what he would like, Santa will not have room for that amount of pressies for every child so he may be disappointed. We did pay that we bit extra to get Lego as his pressie at the time as Bob loves Lego. From that point of view it was a good buy as the Lego set would have cost me £10 had I bought it and we paid £10.99 for him to see Santa.

Daughter No3 came with us and we met up with Samantha as well. Had the twins for a while after we got back to give mum and dad a break. 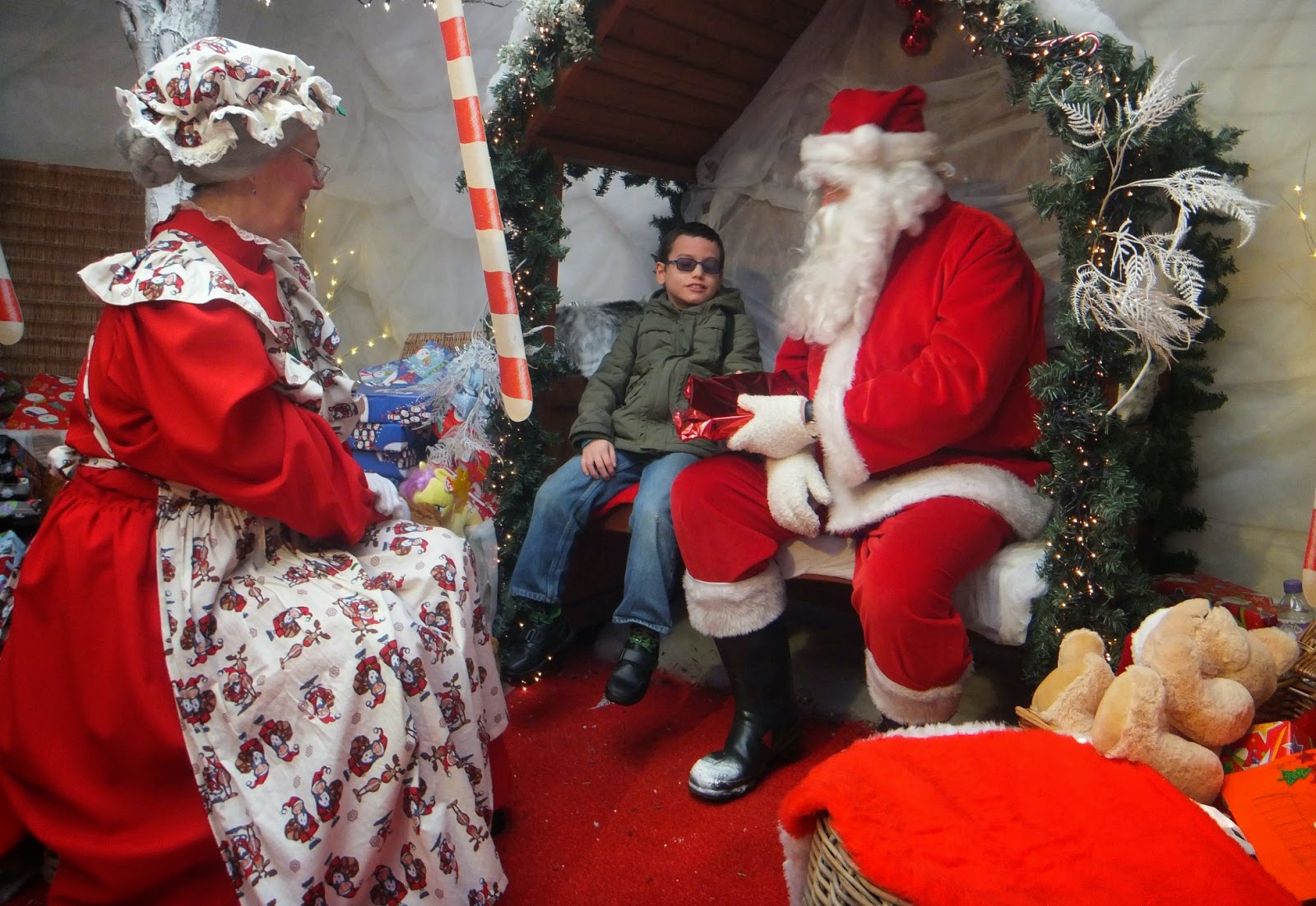 We popped across to see Son No1 today. The weather here was atrocious. Visibility was virtually zero, the wipers could barely keep the window clear, and then as we headed further east it was warning snow was due. But at least at this point the rain was more normal. This picture does it no justice but the clouds were in front of the hills and it looked quite atmospheric.

The plan had been to share the Christmas tree today, but its still in its box, it has made it down the stairs so we are getting there. I had pears needing used up so I made a pear upside down cake, and then made some almond favoured icing to put on it, coloured some orange and drizzled it. Looked very pretty here, but five mins later for some reason it had all sunk into the cake and was no longer visible. 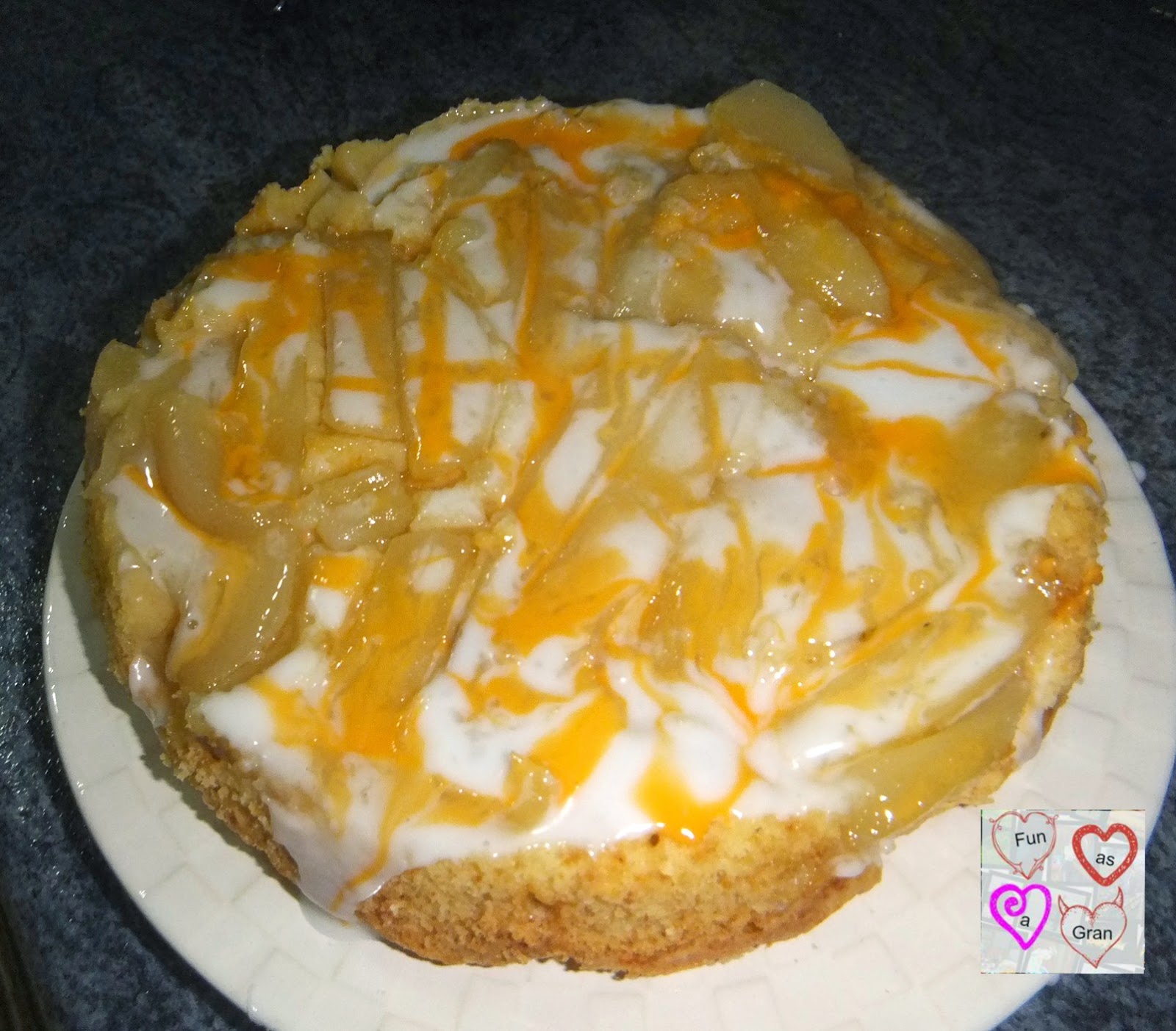 The other week I had shared with you my three year old £30 slippers. What a coincidence that I should win a competition with them, y prize a £30 voucher. Can't use it online so will need to ask one of the others next time they go to Glasgow to pick me up something, they have a zipped hooded top I like. 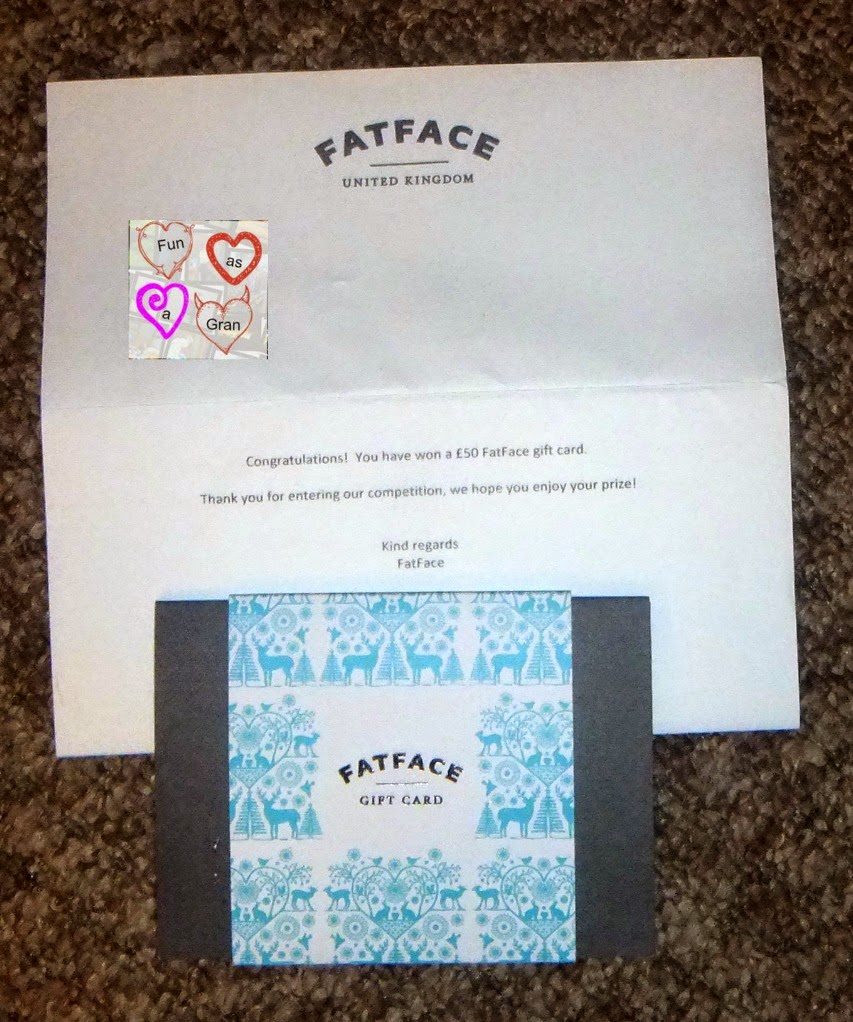