Our first geocaching outing of the year

We had a lot of fun geocaching last year, but between one thing and another we have not managed any together for a few months now. So as Daughter No2 (Auntie T)  was down last week we decided to spend some time together and took Bob off to do some geocaching.

There were a few new caches in one of the parks locally so we decided to head off and find them first. We found the first cache together and then I let Bob look for the next one. He took us to within four feet of the coordinates but we just could not find it.

So we widened our search and Bob managed to find an empty box. He was over the moon, thought he had found the cache. This we later found out was an unpublished cache that was waiting to be published at a later date.

Eventually we managed to find it, it was where we first suspected but the cover that was on it was really stiff and it took some pulling off.

After we had dealt with the caches we went to play in the park. We had been planning to go and play in another park but he spotted the swings and things so we decided to play here first.

This was too stiff for Bob to move but Auntie T managed to move it a wee bit.


By now the sky had gone really black and the heavens had opened and the hailstones were battering down. This did not seem to be bothering Bob and so Auntie T braved it and chased him across the climbing frame. I stood sheltered under the slide to take the photos.

By this time it had just got too cold and wet so we headed back to the car and hoped it had passed over by the time we got to the next park. There were two caches here we thought about getting, but as they were quite a long walk away from the play area we decided to leave them for nicer weather.


So when we got to the Dean Park we headed first off all for the animal corner. We spotted alpacas


as well as deer,

and various different types of ducks. One of them kept diving for food and sticking its bum in the air and shaking its feathers and Bob was in fits of laughter at this.

We spotted a pair of kids, as well as rabbits guinea pigs, and a rusty metal dragon. 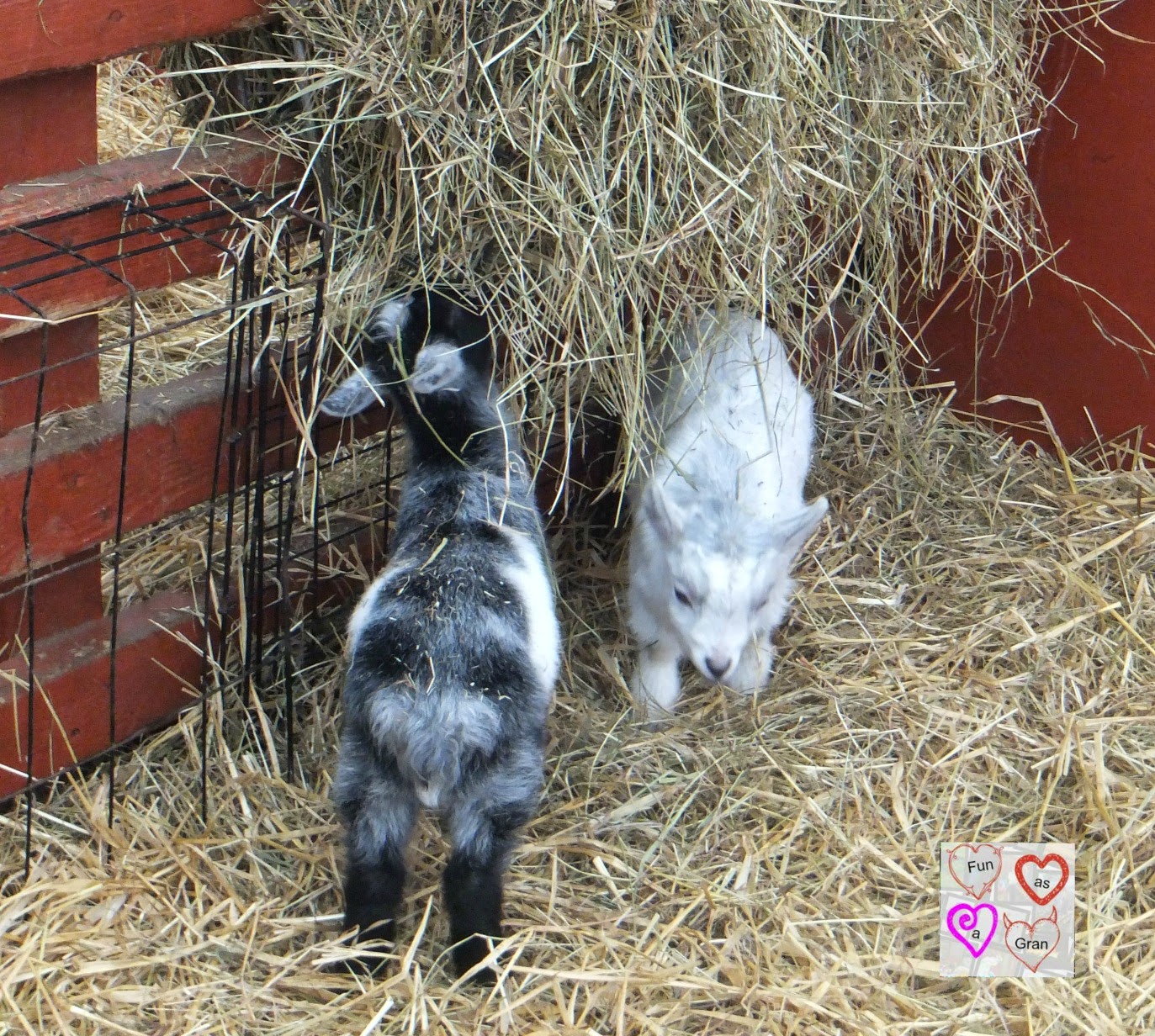 Bob read his way along the informative signs on the front of the education centre building, learning that a may fly only lives for an hour

and I have to say I did not know this, maybe this is why you can chop them in half and they still live.

Once we had finished in the animal section he tried out the maze. He was not too successful but parts of it were broken so that is possibly why.

Further round we into the play ground, it is good here as they have a park suitable for under eight's and over eights, so Bob enjoyed the challenge of the over eight park. He is eight but smaller than the average eight year old.

With a bit of encouragement and a few helpful instructions, as well as a few heart in our mouth moments he managed to get across onto this and successfully climb across the top.

By now it was too cold for the camera and I put it away to have more fun. We all had a good laugh when he had a go on the fire mans pole. He had gloves on so his hands were very slippy. the first time his hands started to slide down before he could get his feet off the platform so we quickly grabbed him before he went down head first. The next time we assisted him to get his feet off whilst he was still upright, but his face was a picture as he hit the ground in less than a second as he went so fast.

By now we had been out for over three hours so we went home to get fed and warmed up.