Well half way through the year and still going strong. The longest day has been and gone and our schools broke up this week for the Summer holidays.

Today was Father's Day and so Daughter No3 and her other half took us and his parents out for a meal. We went to one of the Chef's World Buffet. Have to say the selection was amazing, the service was brilliant and the staff very helpful. Would happily go back. Hubby would not oblige and have his picture taken so got the "children" instead 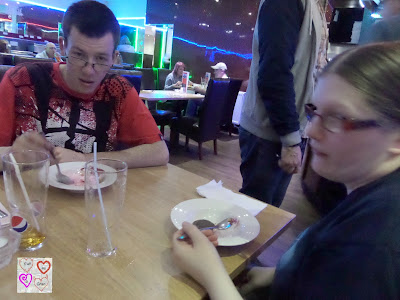 We are only bothering with tomatoes and sweet peppers this year for the garden, nothing else grew last year. But even those have been a disaster so far, no bigger than an inch. So hubby put a shout out on a local free site and somebody had one of each that they kindly gave us. 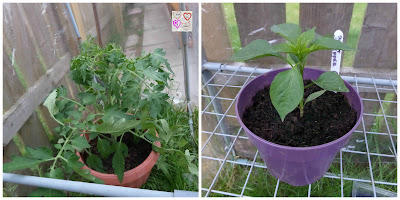 The were a few mini packets of love hearts left over from the sweet trolley from the wedding, and I brought a packet home. Sadly for me all but two of them were purple and I don't like purple sweets.
So I left hubby a message on the cupboard, and he added his own message to it. Your never too old for a bit of romance. 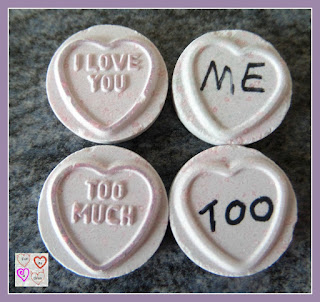 Daughter No1 had bought Bob a swing set/climbing frame all in one thing for his birthday. She started building it a few weeks ago but could not go much further without help. So I said I would go along and help her. I was followed by both our other halves. Took us just over six hours to just about finish it off. Though I got out of some of it cos I took the gruesome twosome for a walk and SIL had to go to work. It took approx 22 man hours ( or woman hours) to build.  We had all had enough and there was just the cargo net and the rope ladder to go on. We had to make one adaptation as her garden was not safely wide enough for the slide to go where it was suppose to, so it went on the end instead. 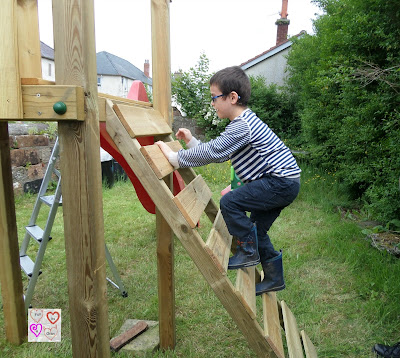 I do relief holiday cleaning for a sheltered housing complex and this week they had organised an afternoon tea for the local hospice. So I bought some raffle tickets and  we went along to support the cause. Sadly we did not win anything despite their being a lot of prizes that had been handed in but we had a good old chin wag and a lot of money was raised. 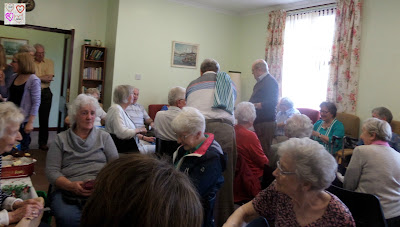 Last day of term here. Fifi has just finished her first year at secondary school. Bits of it she has enjoyed and some bits of it were better back in primary according to her.

When daughter and the children were in the town yesterday they saw this and thought of us. It was a thank you for helping build the play equipment on Wednesday. Love the way the wings pull up to make handles. 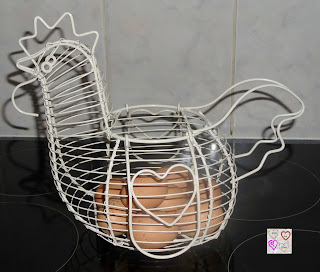