Puddles make for lots of fun.

On Monday the twins and I went looking for piles of leaves to play in but instead discovered that puddles make for lots of fun. I had put them in waterproof suits and wellies so that if they sat in piles of leaves they were not getting soggy. Oooppps think they mat have been better in a swimming costume each!!

We set off down to the fishery, the two off them in the buggy at this stage, When we got down there they saw lots of "ducks" as the fishery has pens full of free range birds of all sorts. I spotted this white peacock/peahen and have to say have never seen a white one before.


So I pushed them round away from the car park and we headed towards the pond. At this point I let them out, and so their fun began. 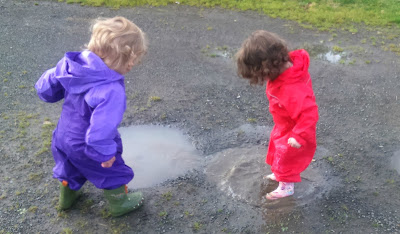 They took it in turns playing in the deep bit 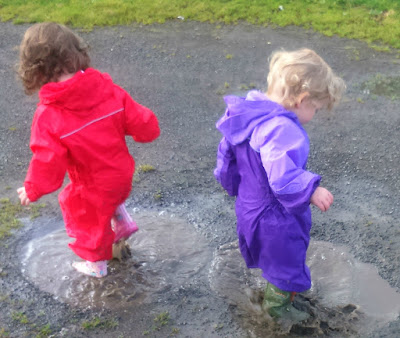 and happily swapped from side to side 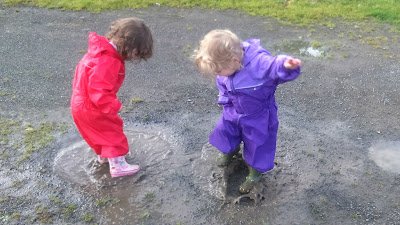 before really getting into the swing of it

We then moved on, they were not overly impressed with the shallow ones. 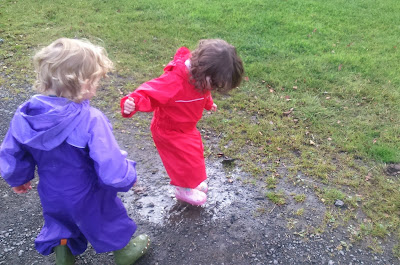 Further round we came across one of the benches, and typical of Minky he was up in a flash. Dinky has no interest in climbing. She was quite happy to play with stones. 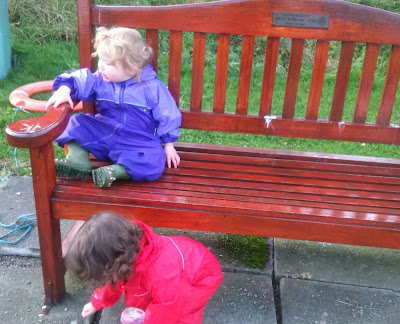 By now they were into the swing of it and were happy to run on ahead. 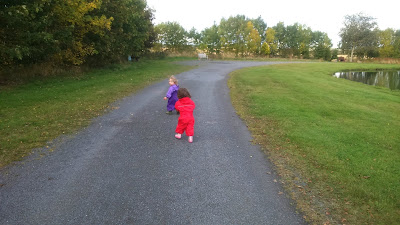 At the next bench Minky was trying out his strength on picking up rocks but they were "stuck" no matter how hard he tried to lift them.  Dinky at this point decided to small the flowers in the tub and then throw some of the mud out. 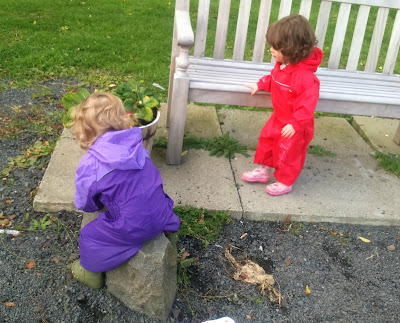 So if we cant pick up the rocks then we may as well sit on them. 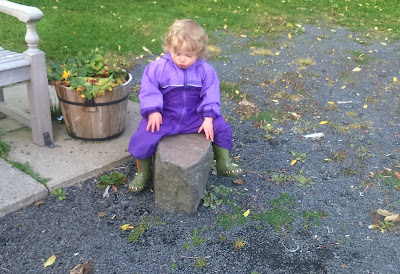 and Dinky decided to join him, they were both laughing at this, for some reason they found it funny. 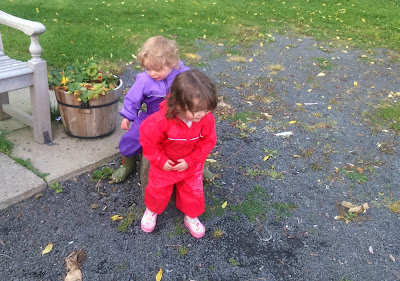 The rocks were proving great fun to go mountaineering on. 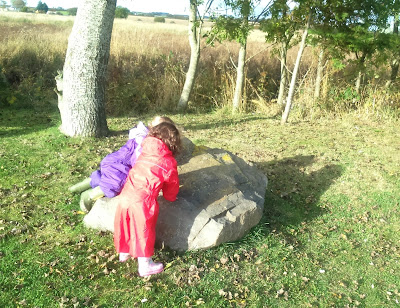 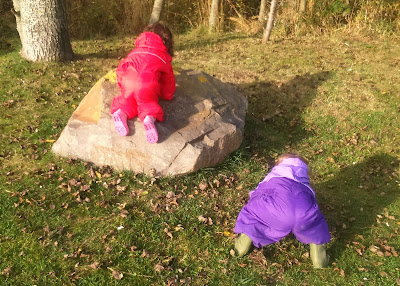 Then they were off again happily following each other and giggling. 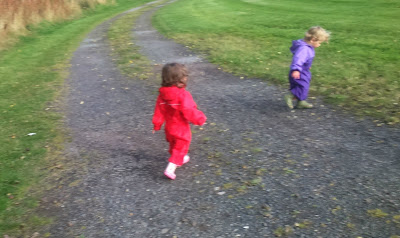 Then came the highlight of the walk, the biggest longest puddle. This one was put to many uses. If you watch the video at the bottom you will see Minky sat in it tossing in wee stones. Dinky filled the buggy up with them. I thought I had taken them all out but daughter assures me they ended up all over her kitchen.

Minky liked the fact he could see is reflection in the puddle. I chuckled away at him as he got closes and closes to the puddle, enough for his hair to dip in. He thought this was hilarious as he stood up and the water ran down his face. So of course he had to do it again and again. I did put a stop to it when he started trying to lap it up, goodness knows what was in it. 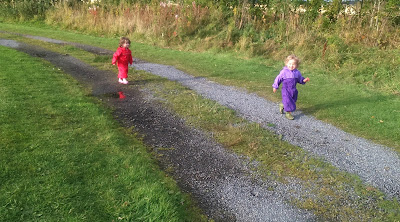 Next they played with the cone. Walking round the lip, playing peek a boo with each other round it as well as trying to climb up it, with no luck. 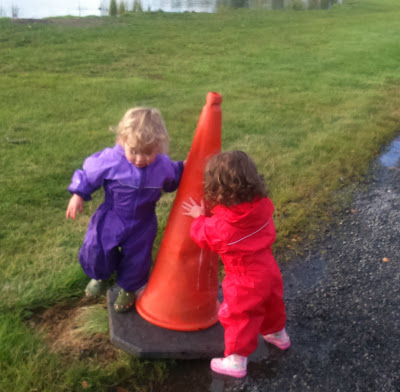 By now we had been out for over an hour, and they had done a lot of walking, running and having fun. So I popped them back in the buggy and we headed up the road. 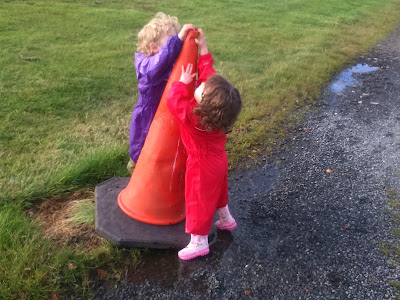 So when we got up the road we emptied the puddles out of the wellies, the two of them were soaked right up their legs as well as their arms. A warm bath  and a hair wash was in order. 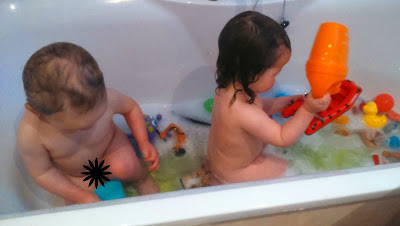 Their wee personalities come out well in the video. Minky ( he is in the purple) is much more adventurous, but she is much more vocal and chatty.