Finished another of the Toy Story characters for Minky's blanket. 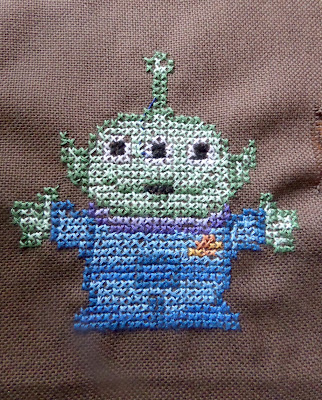 Our schools are back which means after school activities are back, and so we dropped Bob at gymnastics and walked the dog. Hubby was picking and eating blackberries as we went round, this is when having oral allergy syndrome is a pain as I cannot eat raw fruit, they looked delicious. 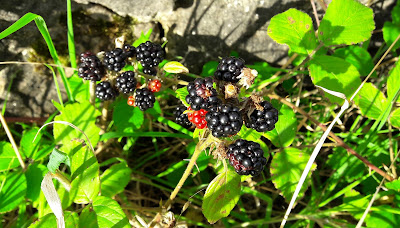 Meet Mia, aka Ziggy, born by c section at 1.48 am this morning. DD2 had had to go in for two pm to be induced but they were not happy with baby's heartbeat. After careful monitoring and trying to start her labour off they decided at midnight that they did not think Ziggy would cope with stronger contractions as she was struggling with the gentler ones and they decided on a c-section. This is why DD2 was in a hospital ninety miles away from home as her local hospital only deal with straight forward births and they would have transferred her anyway.

Few more pictures of her here. 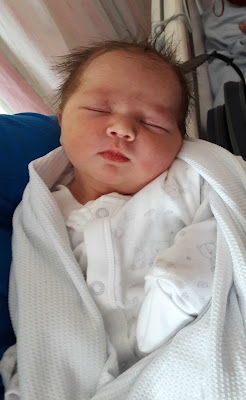 From newest grandchild to eldest grandchild. Fifi had to give evidence as a witness in court today. She did herself proud. She had asked for me to go along as her mum was also giving evidence and so at some point they needed to be split up, so I was able to sit with Fifi before and after. I also had Spud while DD1 gave evidence as she could not take her into court but had to take her with her. Was quite nice to get to spend some time with Spud as she always gets overshadowed by those bigger and noisier than her. Here Fifi was catching pokemon while her mum was out of the room. 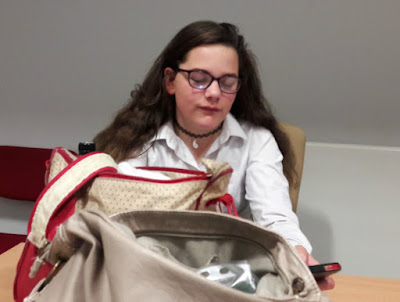 DD2 is out of hospital and gone to stay with family to save her the long drive home after her section. So we went round for a visit and did a few things while we were in the area. Here are mum and dad out with Ziggy for her first walk in the pram. 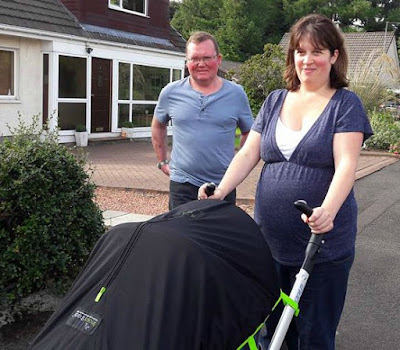 Had made a apple crumble for hubby the other night. I always make excess crumble mix as is saves well in the freezer and cooks from frozen. I was cooking up fruit for adding to my breakfast and so I made a mixed fruit crumble for myself. 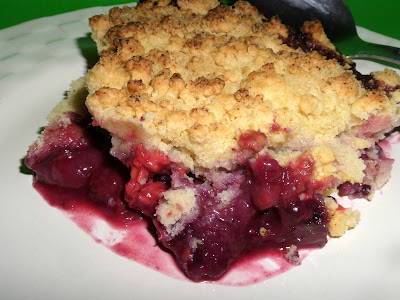 Our speeds are certainly much faster than they were. Notice a difference if using the fire stick and the computer at the same time, so well worth the phone call. I know in comparison to some of you this is pathetic speeds but one of the draw backs of living rural. The speed might improve as it settles down as we were told to expect 40-50 Mbps.