Bought this small set of drawers for my scissors, stitch unpicker and spare feet for my sewing machine. Fed up with losing them in amongst the bigger items. 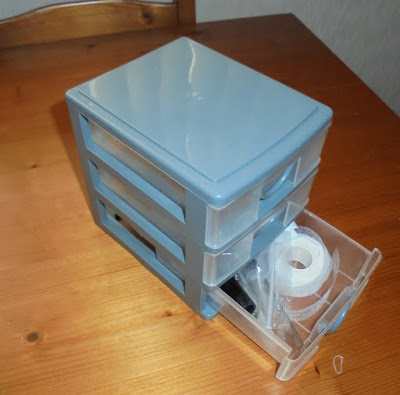 Started sewing some of the squares together to see what they looked like. Using eight inch squares. 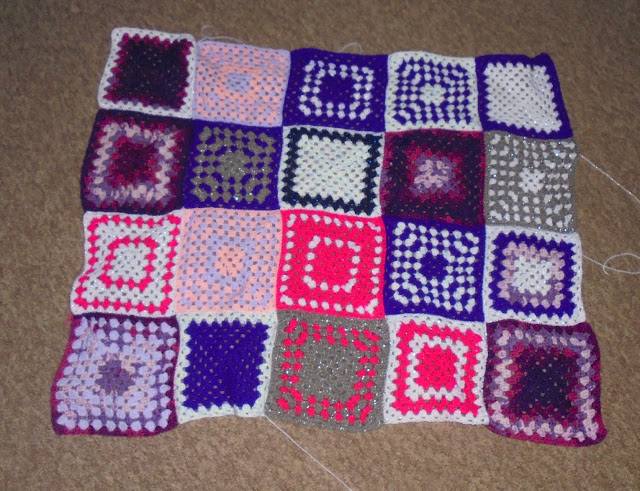 DD1 phoned to ask a few things and told me she had a headache. I could hear Minky being his usual noisy self and volunteered to take them out for an hour. Took them to the park and got them soaked to the skin and rather muddy. But took home three children that had had lots of fun and given their mum a break at the same time. 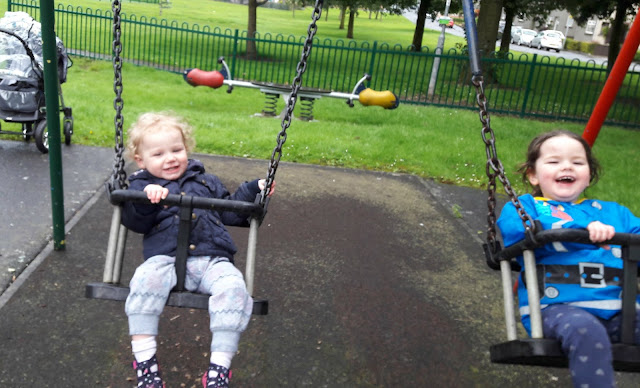 An interesting and informative day on a UNISON conference. I signed up to help with a few promotion days as well as part of a team to spend £100 for a food bank. A prize for the team that comes up with the best basket for the money.

Here is the garden out the back of the conference room. Shame it rained all day. 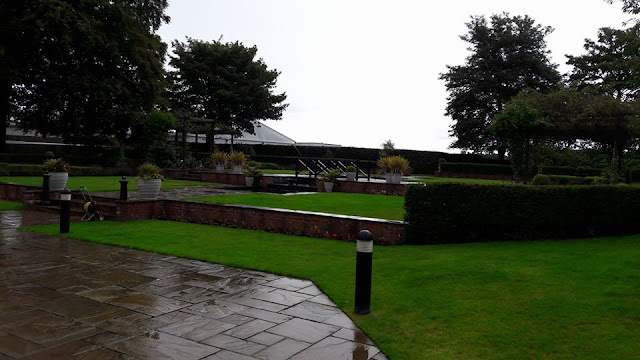 Went to look at a wee dog but she was part Border Collie so made me itch like hell. While I could ignore her and not stroke her to save the itching she would very very likely after a few days trigger off my asthma as well. Back to the drawing board.

Nipped to Wetherspoon for some lunch, have to say sadly disappointed. We ordered well done steak, which in my opinion should have been cooked through with no pink in the middle. This was totally burnt black on the outside, cremated, not well done, and the staff were a bit peeved cos we wanted it replacing. Then we saw another woman getting steak in the same condition ( may well have been ours that we poked with our fingers before sending back) and she sent it back as well.

Went and did some geocaching round  Overtoun House in Dumbarton while we were there anyway. 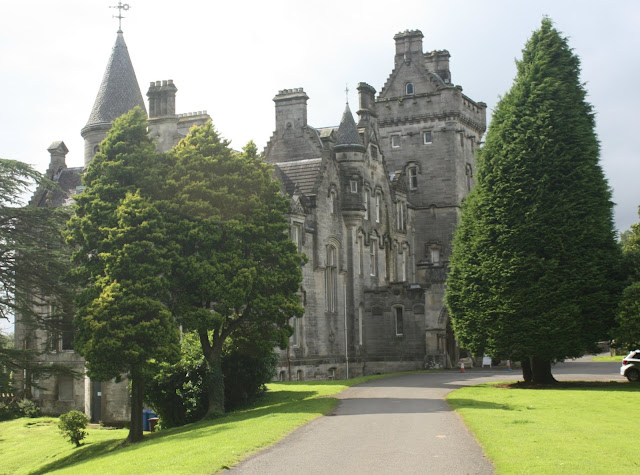 We bought this while we were in Dumbarton yesterday. 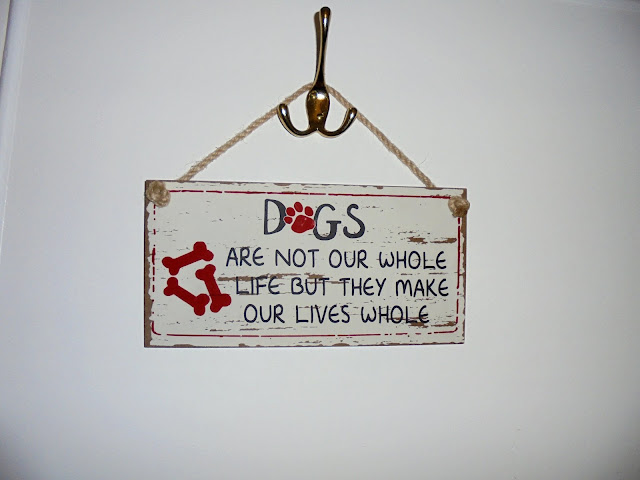 Got a little visitor for a few days Hard to think she will be one on Wednesday. But she has started crawling in the last few weeks since she was last down. DD2 also went back to work this week so she is now settling into nursery. 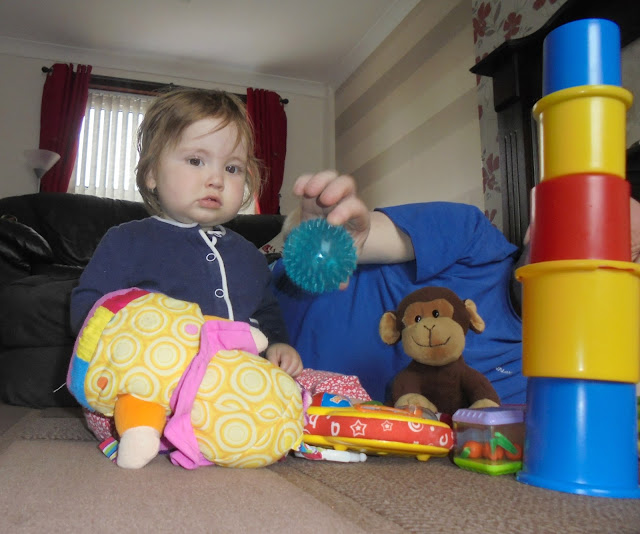